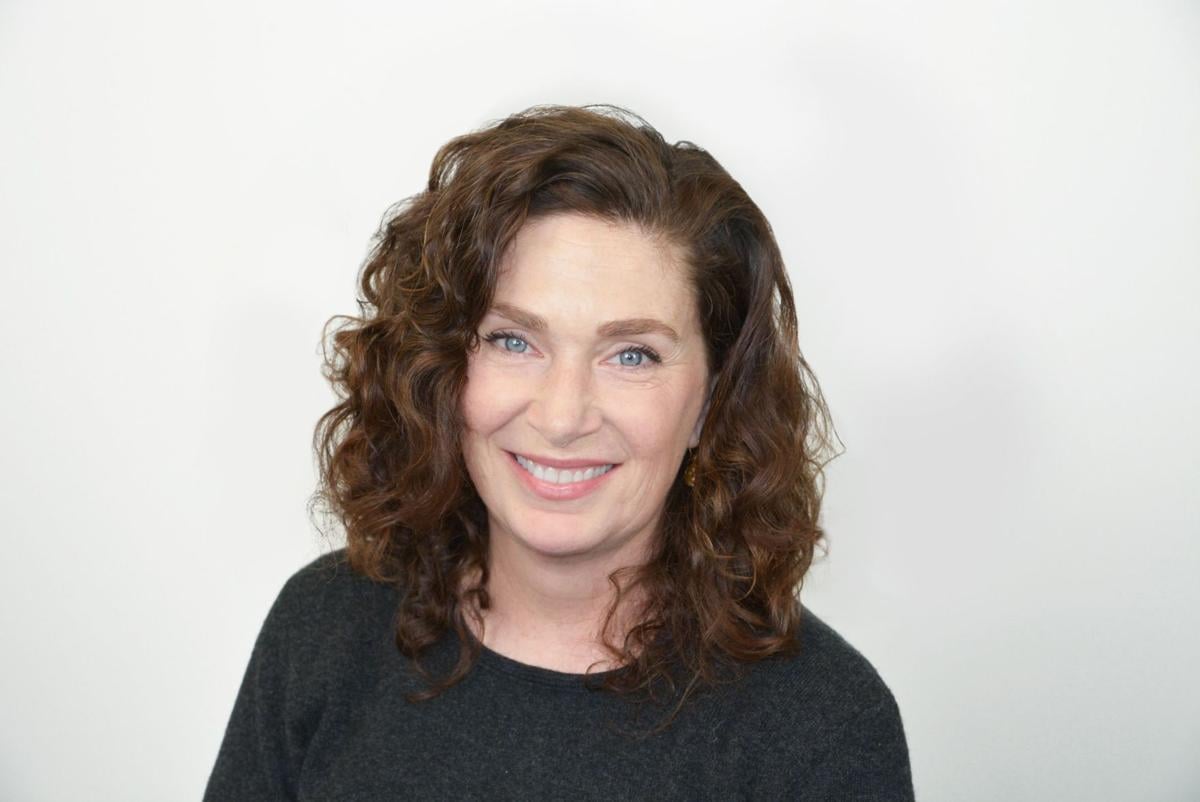 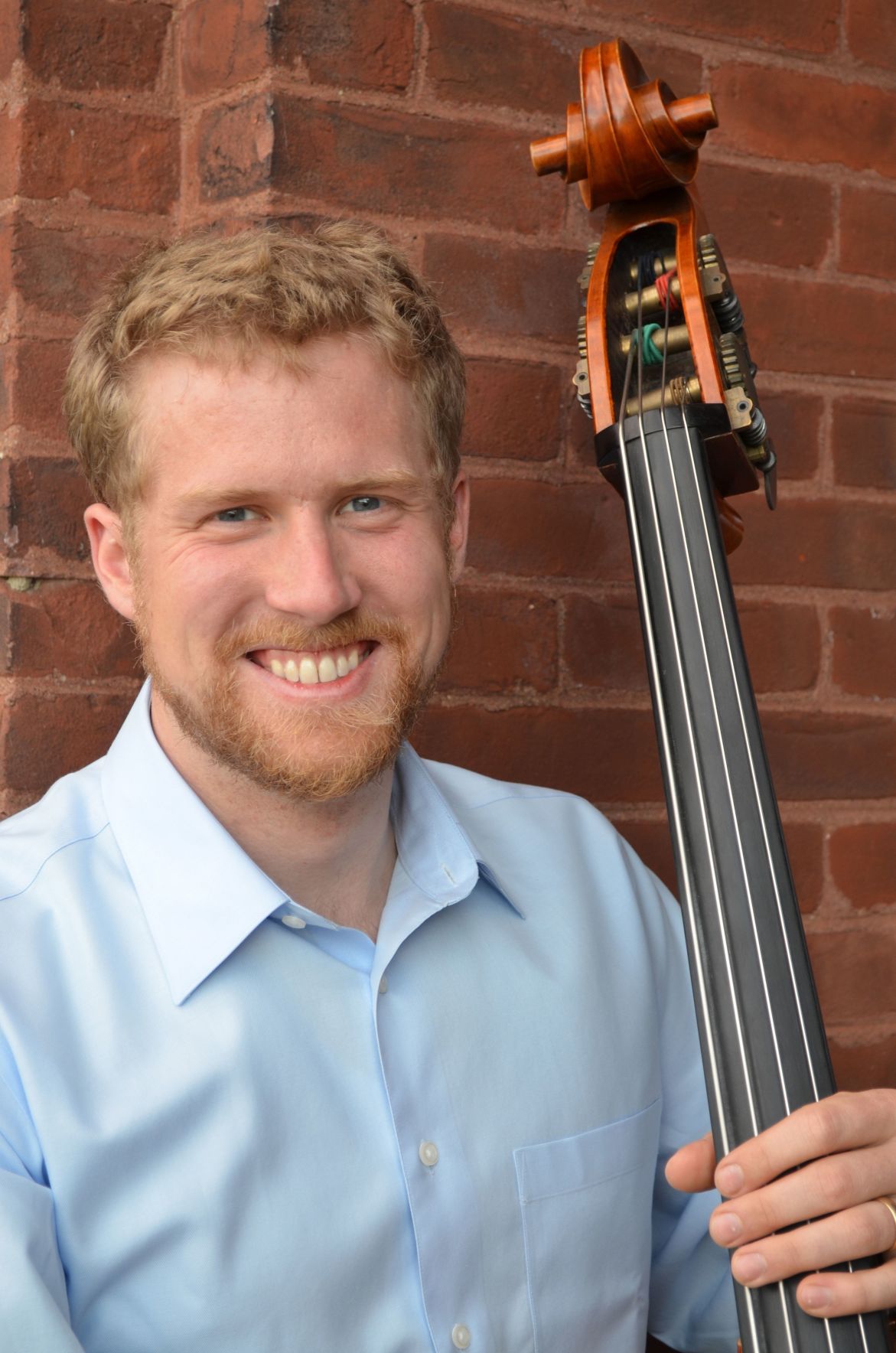 Teaching artist/composer Evan Premo will lead the community through several sonic meditations on March 6 with “Sonic Meditation at Sunset.” 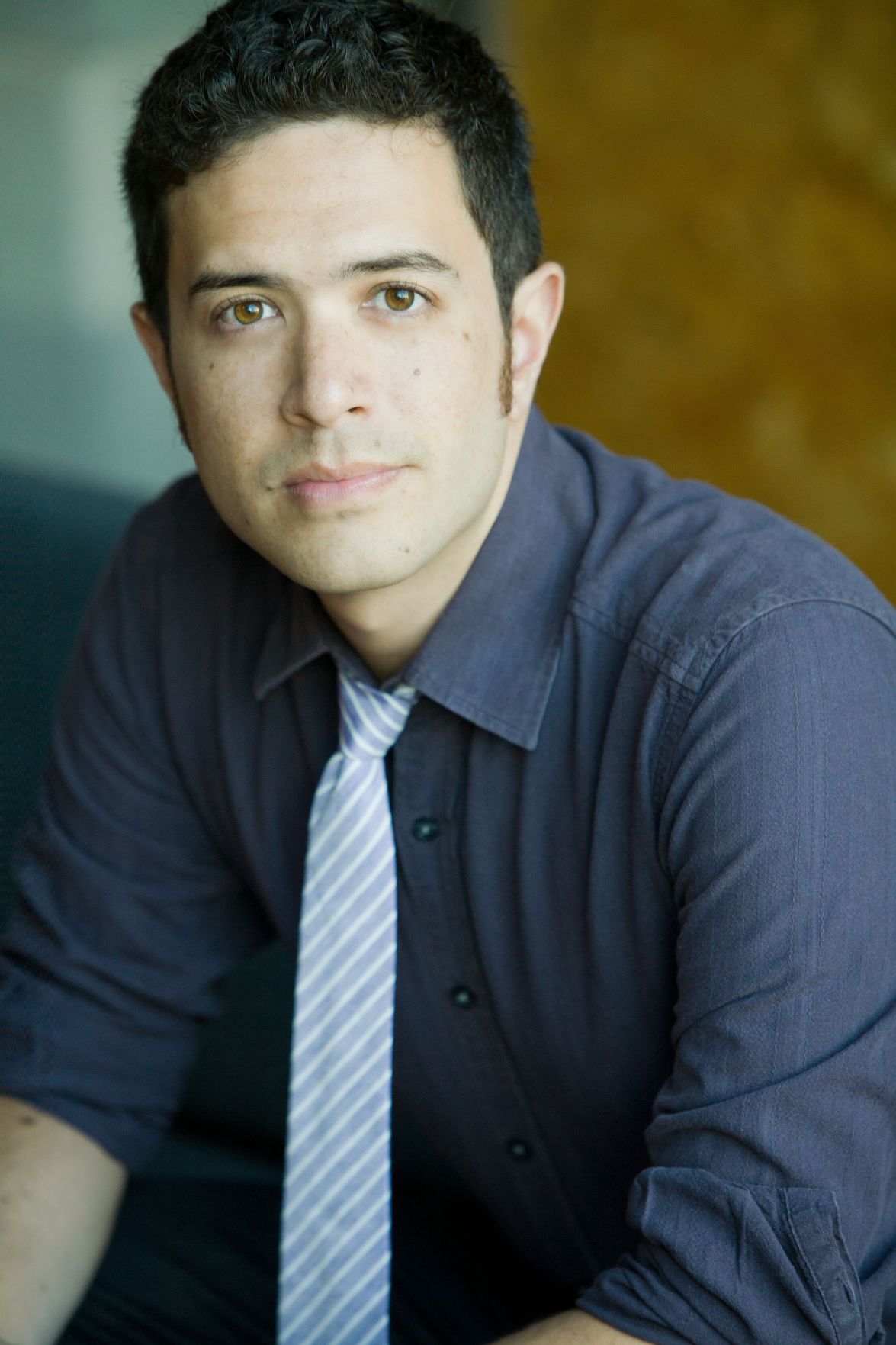 Musical theater writer Adam Gwon brings “From Broadway To the Beach” on Feb. 21. 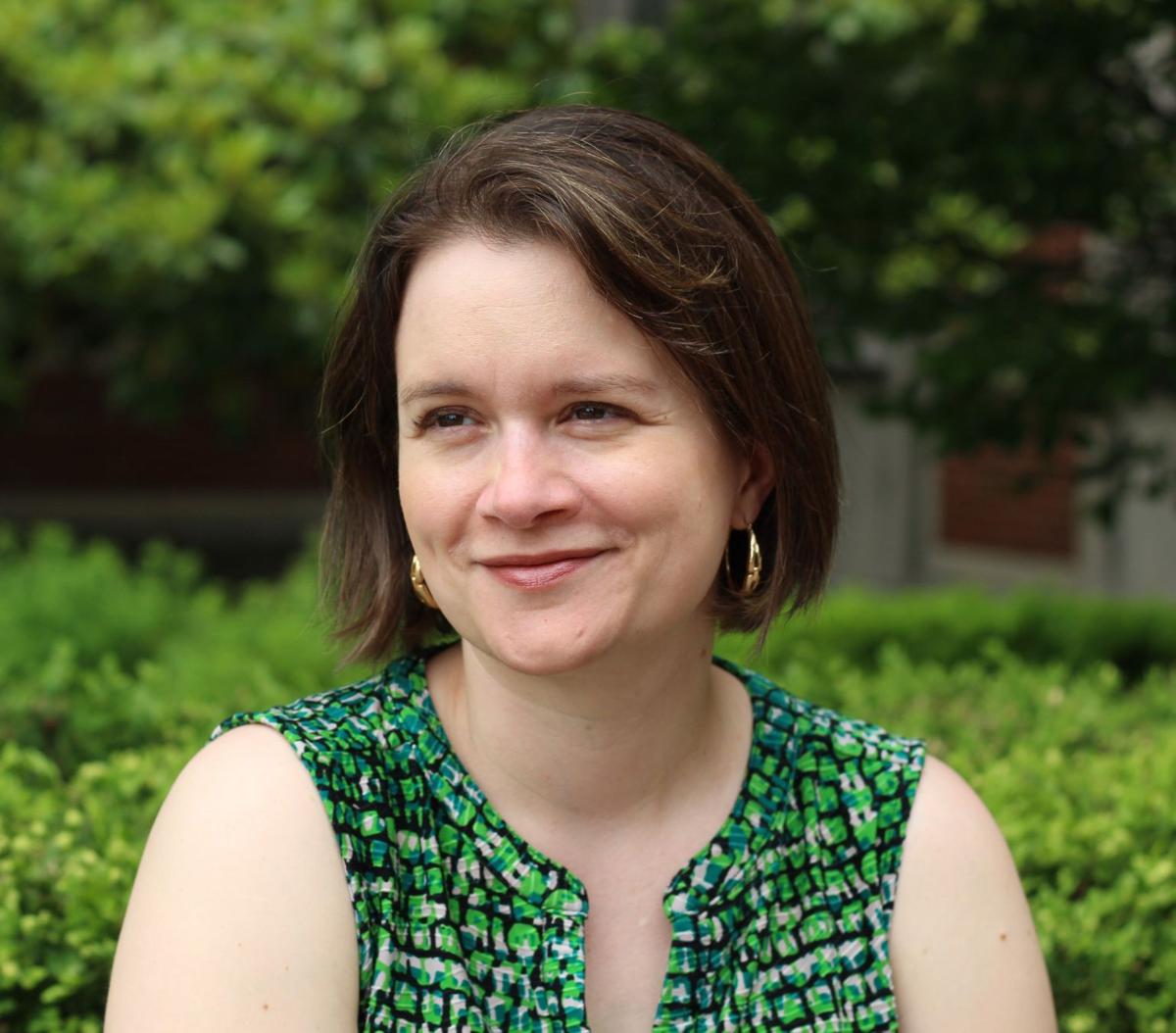 “Literary Editing and Publishing” with poet and editor Lisa Ampleman on Feb. 14. 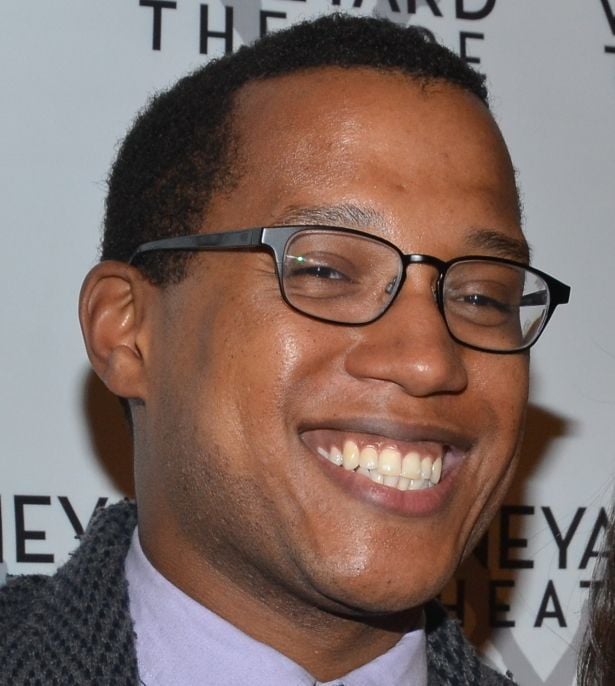 Playwright Branden Jacobs-Jenkins presents “From Pen to Stage” on March 4. 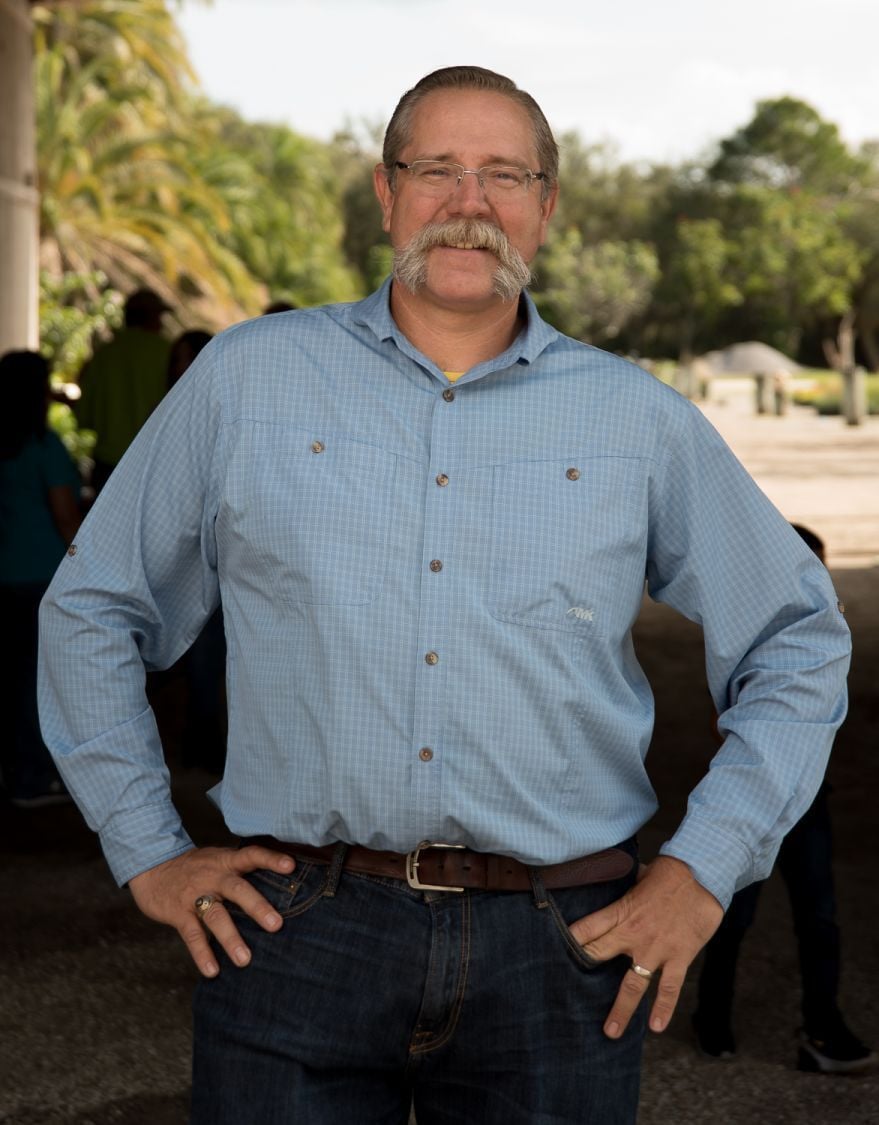 Teaching artist/composer Evan Premo will lead the community through several sonic meditations on March 6 with “Sonic Meditation at Sunset.”

Musical theater writer Adam Gwon brings “From Broadway To the Beach” on Feb. 21.

“Literary Editing and Publishing” with poet and editor Lisa Ampleman on Feb. 14.

Playwright Branden Jacobs-Jenkins presents “From Pen to Stage” on March 4.

The Hermitage Artist Retreat’s upcoming free programs include “The Suffragist Project: Supporting Women’s Voices in Playwriting” with playwright and Hermitage Fellow, Julia Jordan, at 5:30 p.m. Feb. 11, at Bookstore1Sarasota, 12 South Palm Ave., Sarasota. The event is in collaboration with Florida Studio Theatre’s Supporting Women’s Voices in Playwriting program. Jordan will speak about advocacy to focus national attention on gender disparity in playwriting and the strides women playwrights are making. The conversation includes Catherine Randazzo, FST’s associate artistic director, and Patricia Caswell, the Hermitage’s program director and co-founder. Jordan is a graduate of The Julliard School and the executive director and co-founder of The Lilly Awards Foundation, established to recognize the achievement of women in the theater. She led the charge in focusing national attention on gender disparity on and across American stages and was responsible for launching “The Count,” an annual tally of plays by women produced by theatres across sectors. Jordan is the co-conceiver and author of the cult musical, “Murder Ballad” and is currently working on a new musical with Emile Sande.

“Literary Editing and Publishing” with poet and editor Lisa Ampleman, is at 5 p.m. Feb. 14, at the Hermitage Palm House. Ampleman, the managing editor of The Cincinnati Review and poetry series editor for Acre Books, will give advice about the submission process and talk about some of the challenges facing editors. Ampleman is also the author of two full-length collections of poetry, as well as a chapbook. Her poems have appeared on the digital platforms “Poetry Daily” and “Verse Daily,” and in the literary journals, “Cave Wall,” “Image,” “Kenyon Review Online,” “Massachusetts Review” and “Poetry.” She is the winner of the Stevens Manuscript Competition by the National Federation of State Poetry Societies.

“From Broadway To the Beach” with musical theater writer Adam Gwon, is at 5 p.m. Feb. 21, on the beach at the Hermitage, 6630 Manasota Key Road, Englewood. Gwon will play piano and sing his own songs, demonstrating how a musical is born and evolves from idea to stage. Gwon was named one of “50 to Watch” by The Dramatist and hailed as “a promising newcomer to our talent-hungry musical theater” whose songs are “funny, urbane, with a sweetness that doesn’t cloy” by The New York Times. His musicals have been produced on six continents, in more than half a dozen languages. Gwon’s off-Broadway plays include “Scotland,” “PA Ordinary Days” and “Old Jews Telling Jokes.” Among his many awards are the Helen Hayes Award, the Kleban Award, the Fred Ebb Award, the Richard Rodgers Award, the Frederick Loewe Award, and an ASCAP Award. Gwon’s songs have been performed by such luminaries as Audra McDonald, Kelli O’Hara, and Brian d’Arcy James at Carnegie Hall, Lincoln Center, the Kennedy Center, and other prominent venues. He served on the Tony Awards Nominating Committee from 2015-2018, and currently serves on the board at Roundabout Theatre Company.

“Restoring Coastal Ecology and Creating A Sense of Place,” with landscape architect Michael Gilkey is at 5 p.m. Feb. 28, at the Hermitage Palm House, 6630 Manasota Key Road, Englewood. Gilkey will share his vision for the restoration of the Hermitage acreage, including the preserve, which contains three distinct habitats: coastal hammock, dune and wetlands. Audience members will have the opportunity to learn about native Florida plants and the process of creating an old Florida landscape. After the talk, participants are welcome to walk on the beach to enjoy the sunset. Gilkey is a second-generation landscape architect and president of Michael A. Gilkey, Inc. He serves as the landscape architect on the Sarasota Tree Advisory Committee and his projects have won the highest awards from the Florida Nursery Growers and Landscape Association and the Florida Chapter of the American Society of Landscape Architects. Gilkey’s designs are informed by music, history and culture.

“From Pen to Stage” with playwright Branden Jacobs-Jenkins is at 4 p.m. March 4, at Westcoast Black Theater, 1012 N. Orange Ave., Sarasota. Jacob-Jenkins has received two Obie Awards and has twice been a Pulitzer Prize finalist. He is a Residency Five playwright at Signature Theatre and his honors include the Charles Wintour Award for Most Promising Playwright from the London Evening Standard, a London Critics Circle Award, a MacArthur fellowship, a Windham-Campbell Prize, the Benjamin Danks Award from the American Academy of Arts and Letters, the PEN/Laura Pels Award, the Steinberg Playwriting Award and the inaugural Tennessee Williams Award. His plays include “Everybody,” “War,” “Gloria,” “Appropriate,” “An Octoroon” and “Neighbors” and have been staged at Signature Theatre, Lincoln Center, Vineyard Theatre, Soho Rep and The Public Theater.

“Sonic Meditation at Sunset” with composer Evan Premo is at 6 p.m. March 6, on the Hermitage’s beach, 6630 Manasota Key Road. Englewood. At this event, teaching artist/composer Evan Premo will lead the community through several sonic meditations, designed to find connection and peace through deep listening and spontaneous sounding. Double bassist and composer Evan Premo is a member of the New York City-based chamber music collective, DECODA. He is the artistic director and founder of Beethoven and Banjos, a festival that brings together folk and classical musicians for cross-genre concerts in the Upper Peninsula of Michigan. Premo is also the co-founder and co-artistic director of Scrag Mountain Music.

The Hermitage hosts renowned authors, visual artists, musicians, playwrights, poets and performers from around the world. As part of their residencies, each Hermitage artist offers free programs to members of the local community, allowing our neighbors to engage with some of the world’s leading artists.

“We bring some of the greatest artistic minds and talents right here to Sarasota County and Manasota Key,” says Hermitage Artistic Director and CEO Andy Sandberg. “What better way to celebrate this connection than by giving members of our community the opportunity to engage directly with these acclaimed artists. These audiences are given an insiders’ first look, often learning about the next wave of artists and great new works before they catch fire in New York or elsewhere.” In addition to the Hermitage’s public performances and readings, many artists also participate in free outreach programs at area schools, colleges and in collaboration with regional cultural organizations.

Hermitage co-founder and program director Patricia Caswell explains the three different venues used for Hermitage programs. “We have three series, each in different locations,” she says. “Fridays @ Five is in the Hermitage Palm House at 5 p.m. on some Fridays. “On the Water’s Edge” is on the beach one hour before sunset ending at sundown. Hermitage North in Sarasota takes place in various venues in the city of Sarasota.”

Registration is required at www.HermitageArtistRetreat.org.