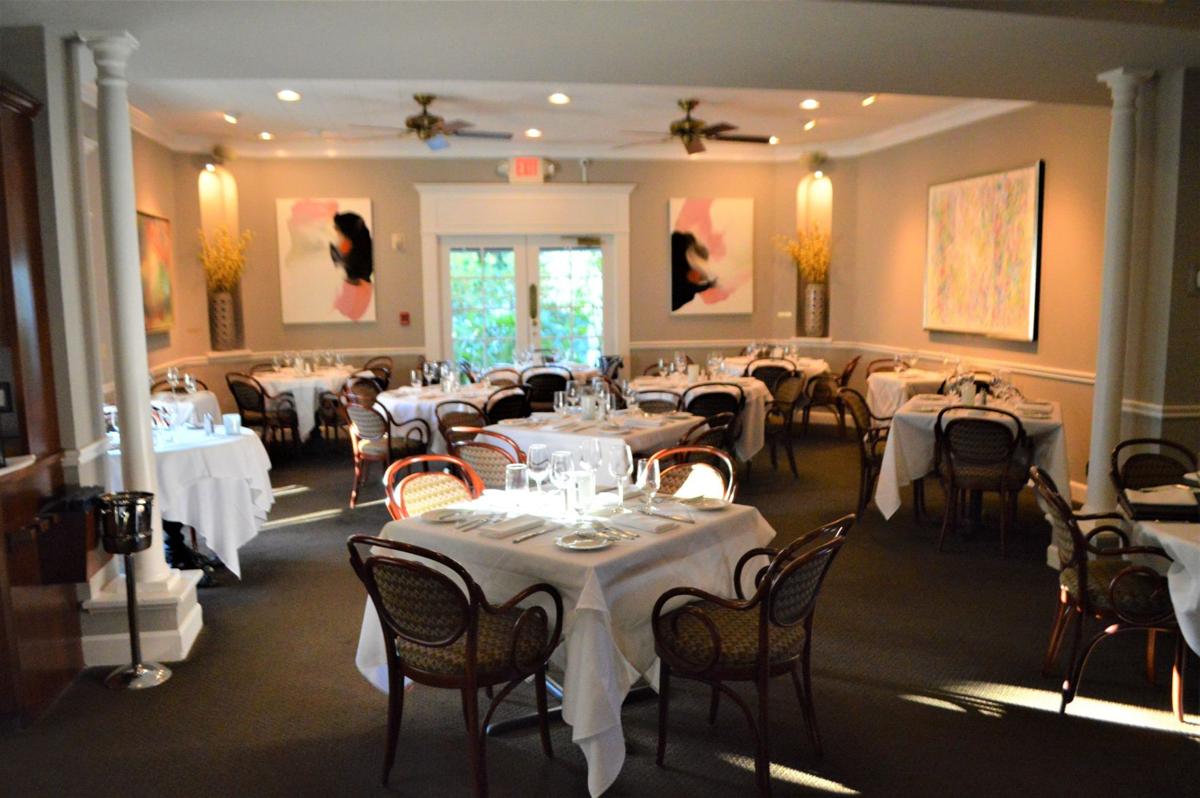 The Bijou Cafe is set in a lovely building that was once a 1920s gas station in Downtown Sarasota. 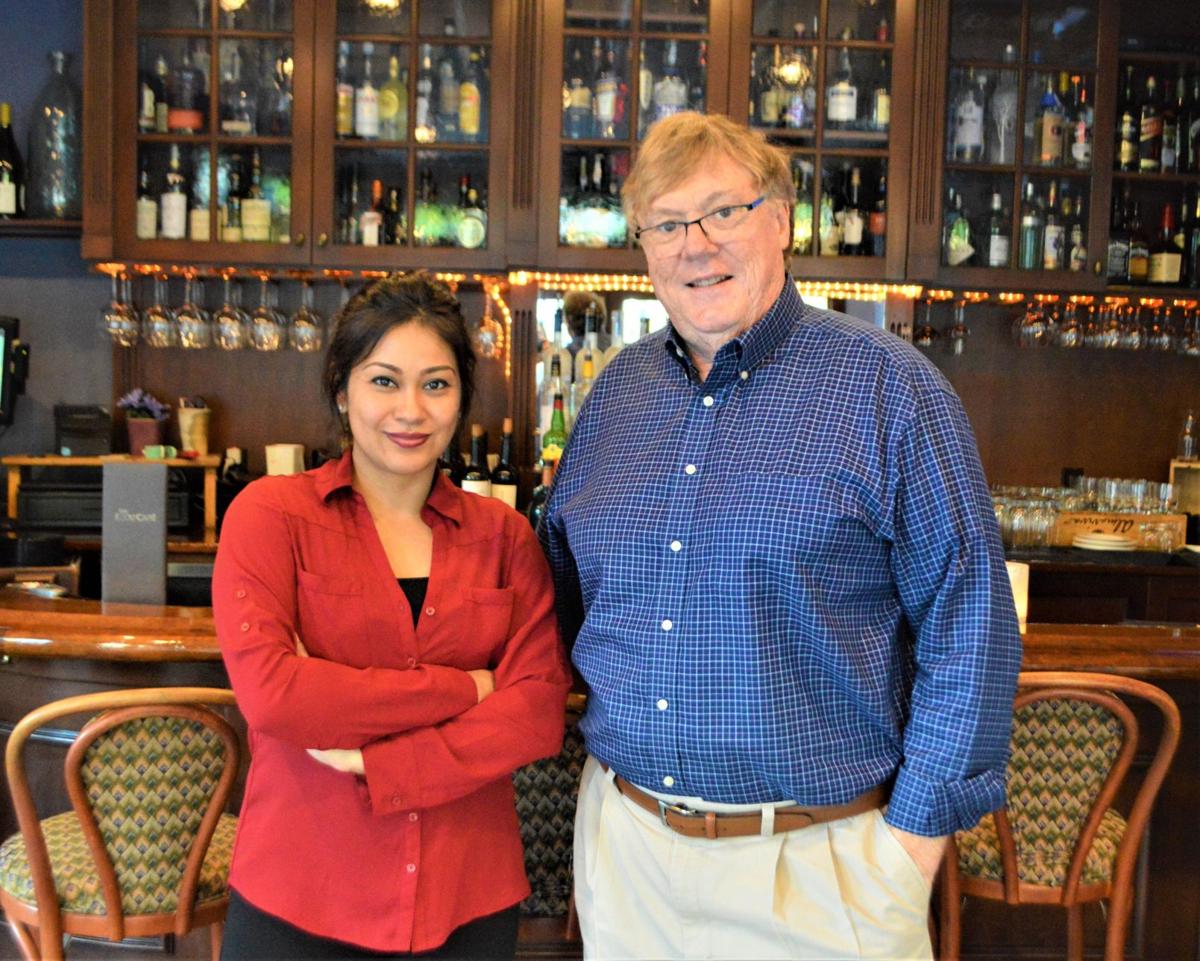 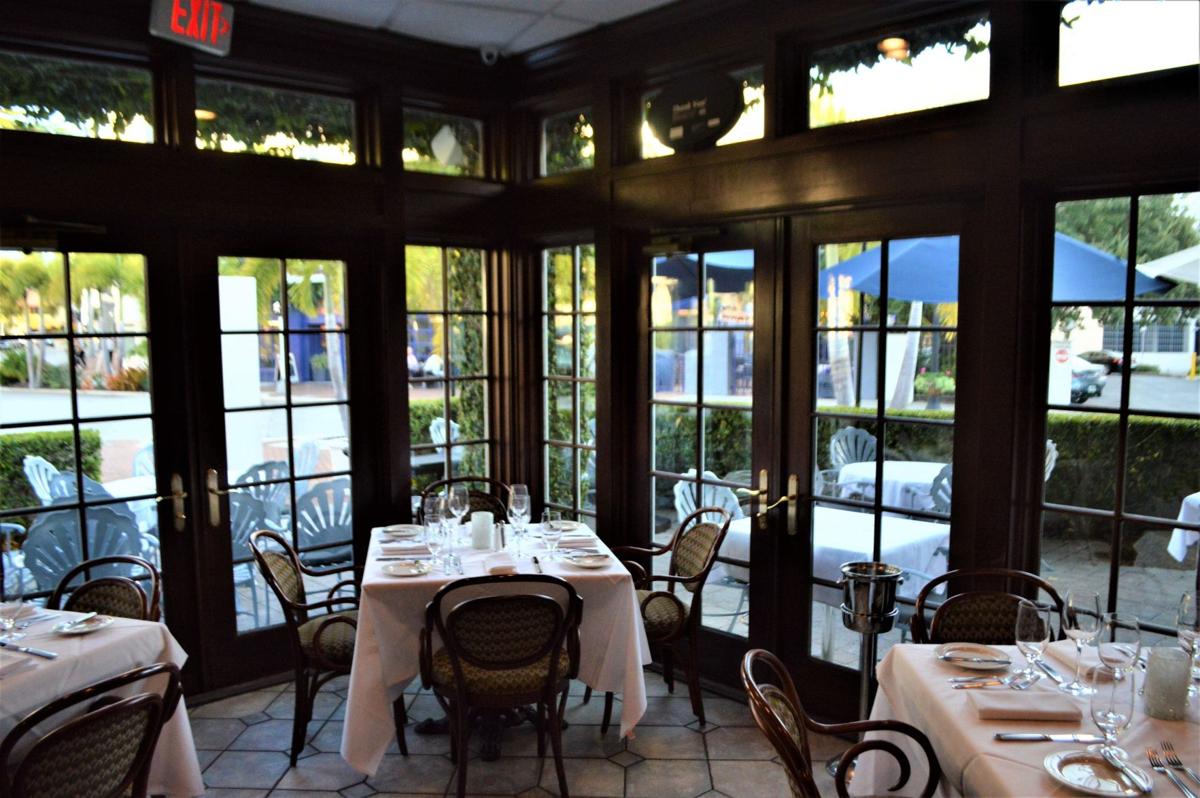 Reservations are always recommended at the Bijou Cafe, especially if you would like to sit in The Gossips Lounge.

The Bijou Cafe is set in a lovely building that was once a 1920s gas station in Downtown Sarasota.

Reservations are always recommended at the Bijou Cafe, especially if you would like to sit in The Gossips Lounge.

When Jean-Pierre “J.P.” Knaggs and his wife Shay opened up their restaurant, The Bijou Cafe, in downtown Sarasota in 1986, their friends and family no doubt thought they had lost their minds.

Though the little town was beginning to spread out eastward, downtown was not exactly a big attraction in those days. As a matter of fact, many Sarasota residents were hesitant to venture there after dark.

“Where the (Selby) library is was a Firestone station, and there were no fine dining restaurants downtown,” Knaggs said. “This little place was formerly a gas station in the 1920s, and was turnkey furnished as a restaurant. Plus, the price was right.”

Within three weeks after J.P. and Shay, along with a partner, opened the Bijou Cafe, Shay gave birth to their son, adding to their already busy lives as new business owners.

Born in South Africa, J.P. came to the United States with his parents at the age of 13, and then moved to Sarasota with his mother in 1971. Almost right away, he began working as a chef in restaurants, the first being the Englewood Beach Club, and continuing on to the (then) new Hyatt Hotel, Cafe L’Europe and other high- end Sarasota eateries, before spending about five years as a private chef.

As he was winding up his last private chef position out in Texas with an oil family, he knew he was ready to start something new.

“I really wanted to come back to Sarasota,” Knaggs said. “And it’s a chef’s dream to have his own place.”

From the beginning, J.P. and Shay decided their new restaurant’s menu would include “French-forward” selections, and would also honor the South African cuisine of J.P.’s youth. Through the years, as Downtown Sarasota rose from the ashes and became a dining and entertainment evening destination, The Bijou expanded from its original 50 seats to a restaurant that could accommodate 140 diners, and included four unique dining rooms: The Bird Room, The Patio Room, The Main Room and The Gossips Lounge, as well as two outdoor dining courtyards.

Knaggs said that some of the most popular dishes on the dinner menu are in a section called “Vintage Bijou,” which includes selections that he has served in the restaurant since the day they opened.

“In that group, people love the Shrimp Piri Piri, which is a kind of pepper that is used by the Portuguese who settled in Africa,” he said. “When I first started making it, people here had never heard of piri piri, and now, everyone knows what it is. One of the most recent menu items that our diners really like is the Quinoa Power Bowl, which is very healthy, and you can add a protein to it, if you want.”

In The Gossips Lounge, where many regular Bijou customers like to sit, is a comfortable bar area. That’s also where there is a Happy Hour from 5 p.m. to 6:30 p.m. Monday through Saturday. It includes $6 well martinis (cosmos, margaritas, lemon drops, appletinis and Manhattans), well drinks and select red and white wines by the glass, as well as $6 bar bites.

While acknowledging that more and more restaurants and businesses in downtown Sarasota may make it difficult for new places to succeed, Knaggs said he attributes the longevity of The Bijou Café to the people who surround him every day.

“We have been fortunate enough to have a professional staff since we opened,” he said. “These are people who have the same ideas that we (he and Shay) have, and they care about our customers the same way that we do.”

Information: For more information and to make a reservation (strongly recommended), call 941-366-8111 or visit www.bijoucafe.net.