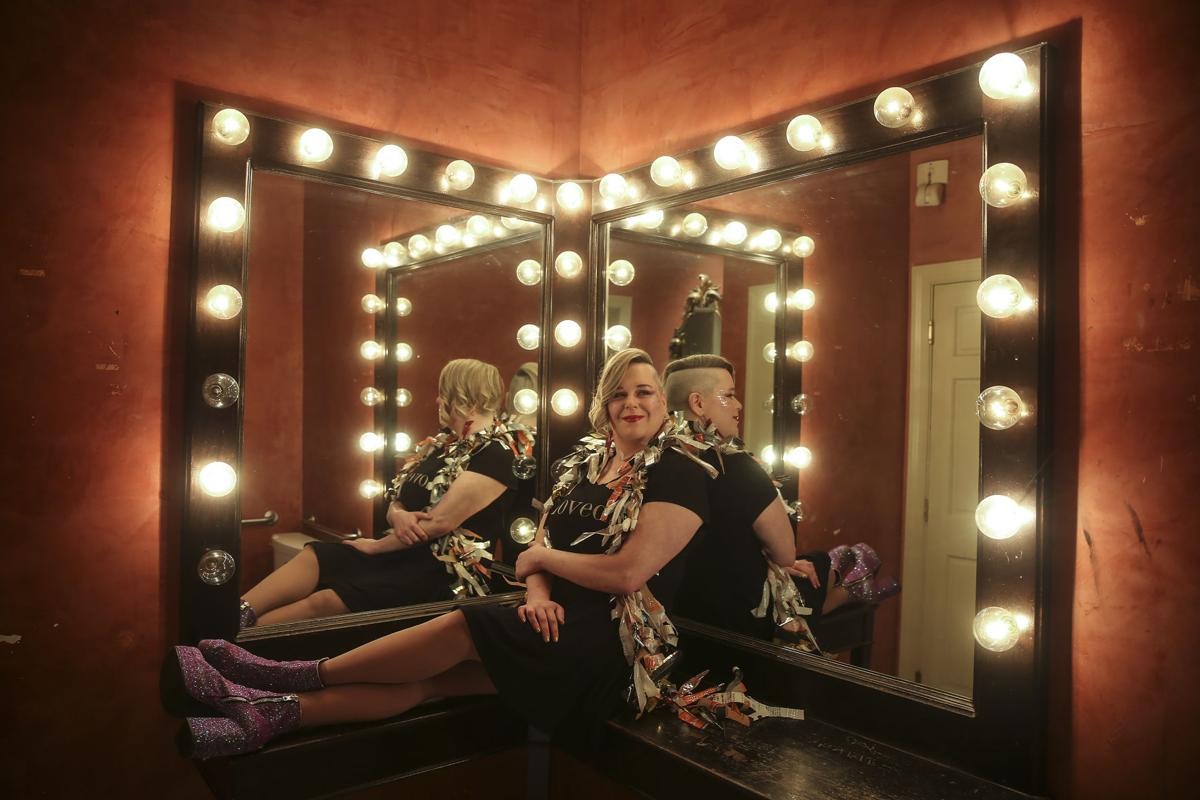 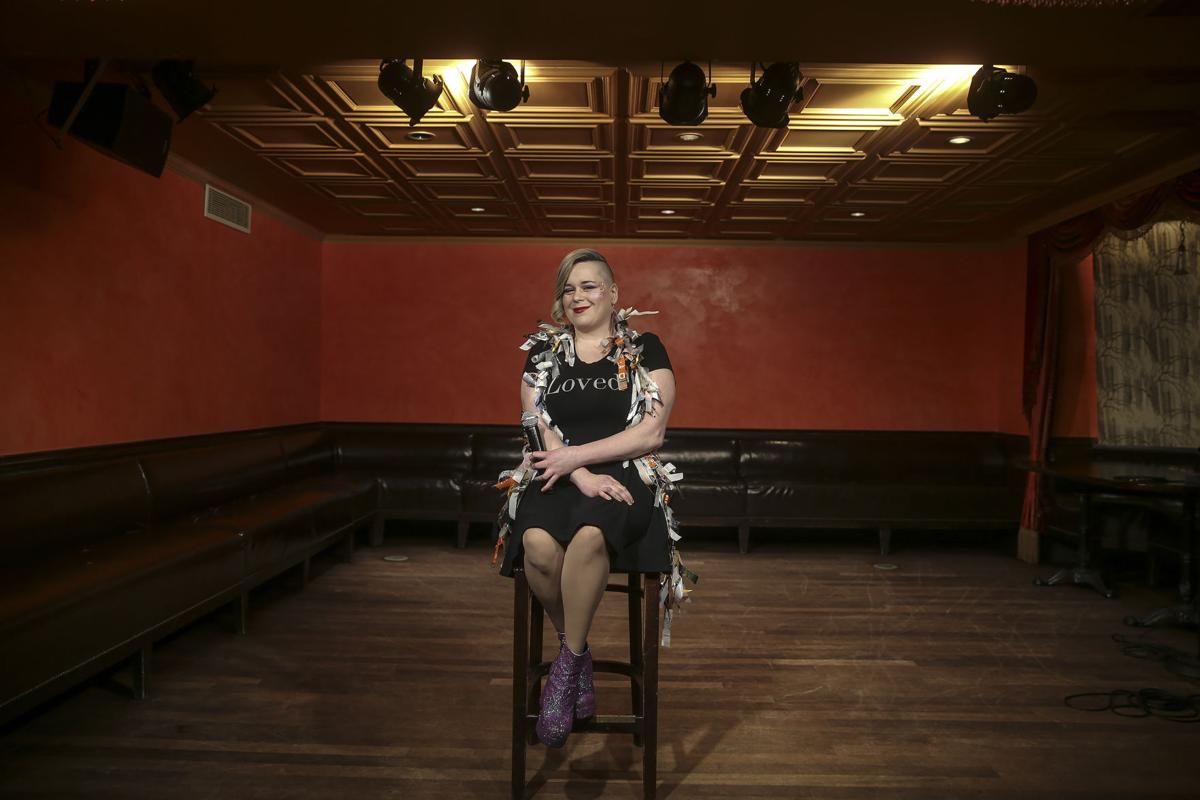 Singer Jim Morrison’s status as an “American poet” comes in for a brutally sarcastic drubbing when Philly cabaret singer Shannon Turner the songs of the late Doors front man.

In a performance posted to YouTube, Turner interrupts her version of Morrison’s “Roadhouse Blues” to mock not only the song’s rudimentary lyrics, but also what she calls “the worst scat that (she’s) ever heard anyone do ever in the history of sound.”

Despite that takedown, there’s an undeniable power to Turner’s performance when she resumes the song, belting out “the future’s uncertain and the end is always near” with a combination of wry humor and barrelhouse grit.

Few singers on Philly’s cabaret scene or elsewhere could invest those lyrics with the meaning that Turner brings to them. The 34-year old singer spent a good deal of her 20s in and out of the hospital, struggling with an array of autoimmune diseases. In 2012 she suffered a pulmonary embolism that left her in a coma. Later she was told she’d died three times before stabilizing, receiving last rites under the assumption that she’d emerge from the coma brain dead, if at all.

“Then my family walked in one day and my eyes were open,” Turner recalled over coffee at Franny Lou’s Porch, a café near her Kensington apartment. “I still don’t know what happened. Even the doctors said it was ridiculous. But it makes sense to me; I’m very stubborn and I don’t listen.”

Turner woke up with an anoxic brain injury, and for some time was unable to walk, speak or eat unassisted. Her right arm remains largely paralyzed, she has a bit of trouble keeping her balance and, especially when stressed, suffers from occasional aphasia – an inability to speak.

Two years after being told she would likely never walk unassisted again, she was back on stage. And in 2019, Glitter and Garbage, her duo with accompanist Lili St. Queer, was awarded “Best Cabaret Act” by Philadelphia Magazine for its “classic cabaret realness mixed with hoagie-mouth hotness.”

“I feel like I’m better on stage than I am in real life,” she said. “That’s where the best side of my personality comes out. I can shut down the more timid parts of my personality and be more bawdy, a little more of a broad. Having a brain injury, you’re constantly worried about how you’re perceiving things and how you’re being perceived.”

Turner grew up in Bucks County, intent from a young age on standing in the spotlight. “I remember lying in my bedroom fantasizing about performing,” she said. “My fantasies weren’t super grand. When I was a teenager I remember thinking, ‘Wouldn’t it be cool to own a bar where I could sing?’ That fantasy has come back down to earth, but I still love performing and I’ll never, ever stop.”

She moved to New York City in 2004 to study theater at the American Musical and Dramatic Academy, but redirected her focus when she discovered the city’s thriving cabaret and burlesque scene.

“I would finish my shift at the Olive Garden and go to the Duplex Piano Bar with just enough money for a beer. I’d watch people sing while working up the courage to get up there. People would freak out,” when they heard her sing, she said, “and that would get me through all the crappy coffee shop or restaurant gigs.”

Her health began to fail in 2007. She was diagnosed with the hepatitis C virus (HCV), most likely traceable to a blood transfusion she underwent at birth. The stigma of the disease, however, is one reason she blames for the fact that her health was allowed to deteriorate over the ensuing years.

Still in her early 20s, Turner also didn’t always take the best care of herself. She left the hospital against medical advice on several occasions, including in 2010, when she auditioned for “American Idol.” She wound up getting a trip to Hollywood from the experience, though her opportunity ended when she refused to discuss her illness on camera.

The virus set off a chain of reactions in Turner’s autoimmune system, leading to mobility issues, diagnoses of psoriatic arthritis, hypersensitivity vasculitis and lupus. The underlying antiphospholipid syndrome, which provokes blood clots, had gone undiagnosed. A particularly painful flare-up in 2012 led her to the emergency room at Mt. Sinai Hospital, where she was admitted with a respiratory infection. In truth, she had actually suffered a pulmonary embolism that went to her brain, leading to a heart attack and stroke.

“In my eyes, they still really screwed up, but I guess everybody screws up,” she said resignedly. “I’ve had to let that go over the years. At the end of the day I don’t think anybody wanted to give this 27-year old girl a brain injury, but I still get mad sometimes.”

Turner moved into her parents’ apartment in Old City to recover, sleeping on their recliner while rehabbing. She returned to performance via Eastern State Penitentiary’s Terror Behind the Walls attraction, where she continues to work as theatrical manager of the attraction’s Speakeasy. She also found a nurturing community in the Philly cabaret scene, and in November 2019 realized a dream of performing at Joe’s Pub in New York, singing a duet of “(You Make Me Feel Like a) Natural Woman” with beloved Philly drag queen Martha Graham Cracker.

“I was told to limit my expectations,” Turner said of her incredible recovery. “That’s why art is important. I feel like (performing) helps me make sense of things in immeasurable ways, because I need them to make sense to the people sitting in front of me. It can be hard sometimes when things are bouncing around in my brain, but then I’ll do a show and let things out into the world, and I’ll feel so much better.”