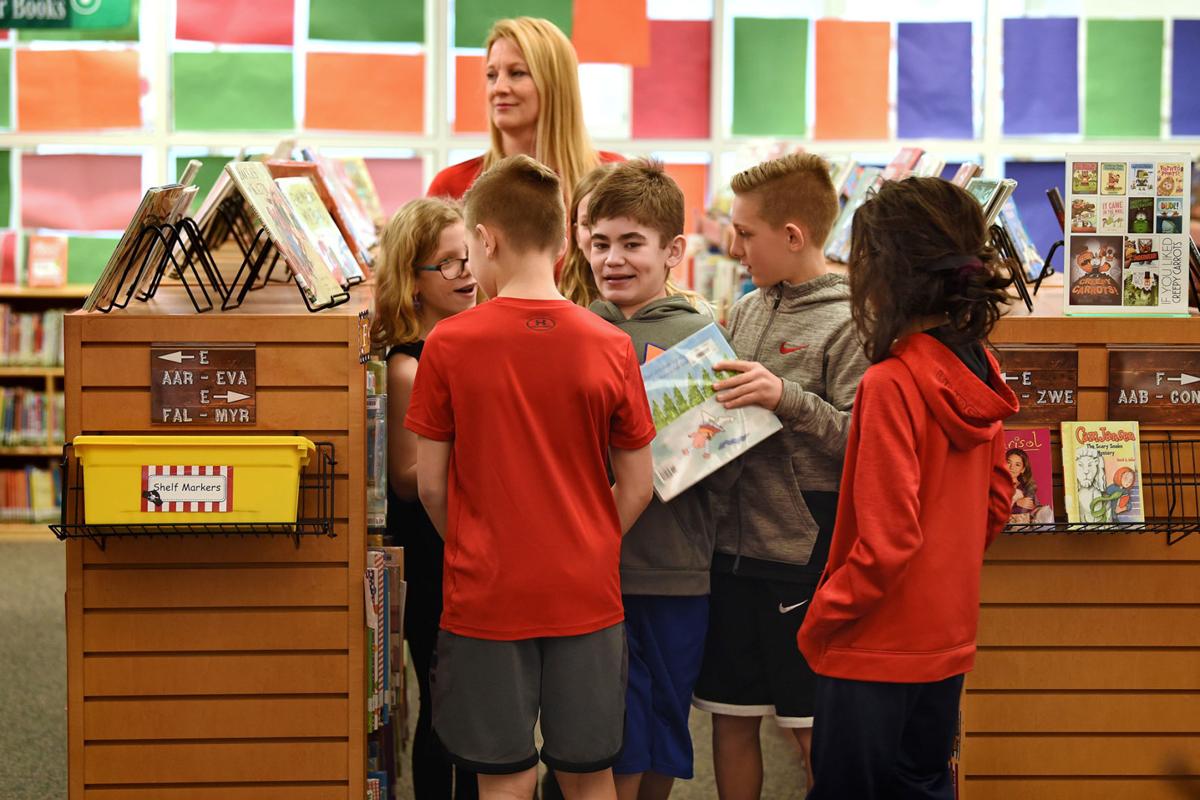 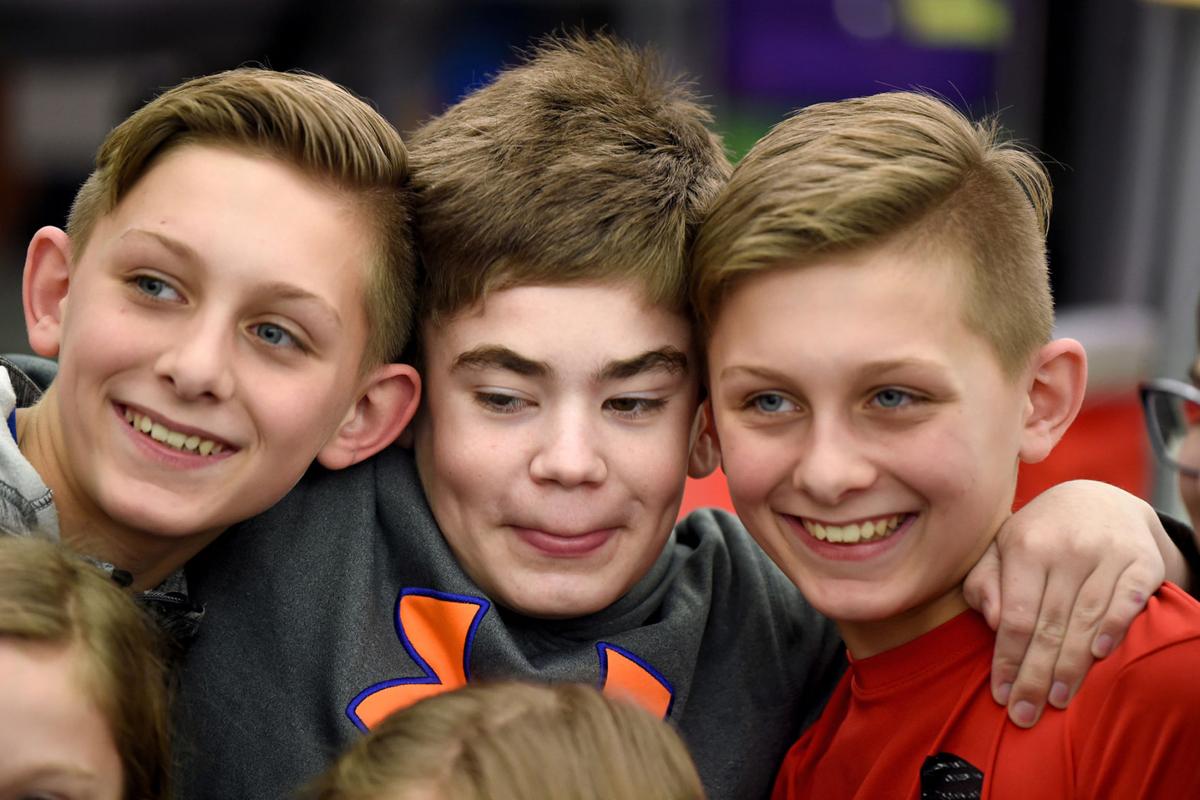 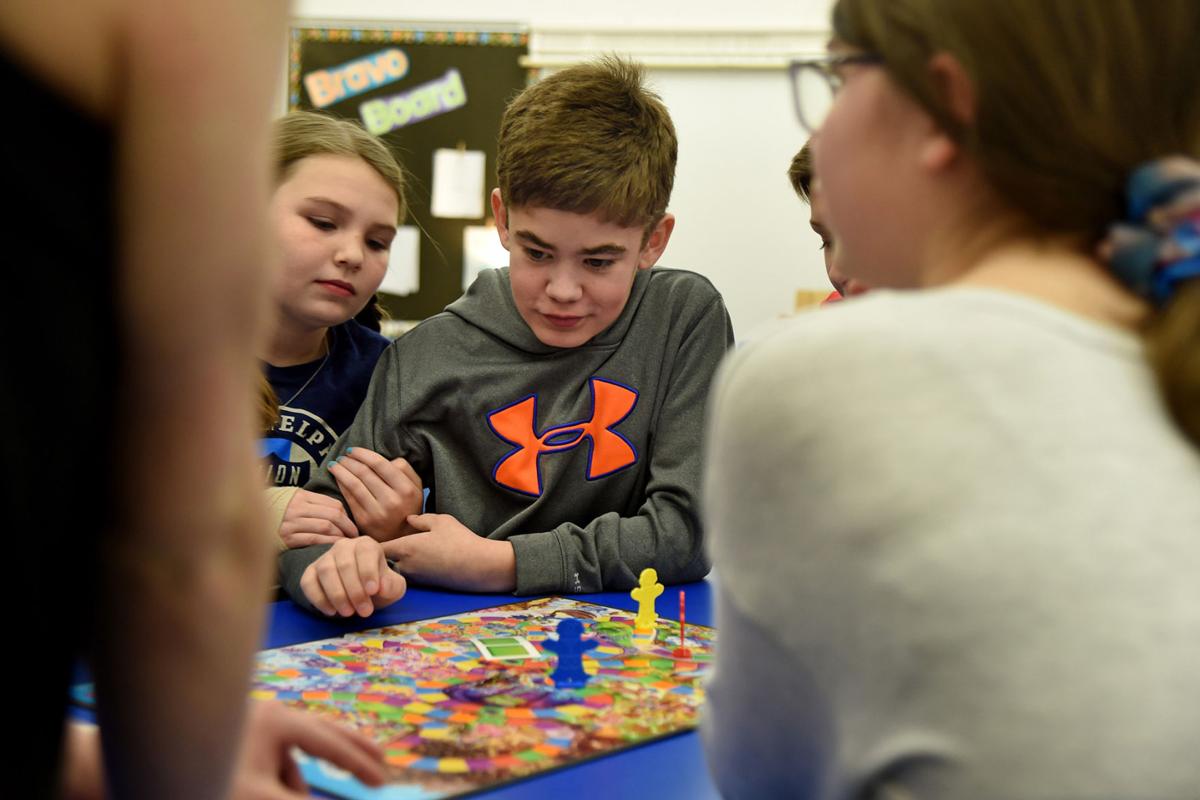 Connor Dobbyn plays a board game with his "crew" of fifth grade classmates as Sylvia Hutcheson, left, holds his arm, in their room at West Vincent Elementary School in Chester Springs, Pa.

Connor Dobbyn plays a board game with his "crew" of fifth grade classmates as Sylvia Hutcheson, left, holds his arm, in their room at West Vincent Elementary School in Chester Springs, Pa.

They call themselves “Connor’s Crew” at West Vincent Elementary School near Philadelphia: BFFs who can’t get enough of the one pal who, at just 11 years old, may be gone before any of them graduate from high school.

To see them in action is like watching a rainbow cross a clouded sky.

Elle Greco holds Connor Dobbyn’s hand through the library; Connor wraps his fingers tightly around hers. Another fifth-grade friend, sitting on the floor in front of them, turns her head back every few minutes to throw Connor a fetching smile as librarian Laura Vanemon reads excerpts from “Crenshaw,” about a 10-year-old boy’s imaginary cat friend.

Twin brothers Jack and James Felmlee scrum toward the stacks to help Connor pick out a book. They make do with whispers, giggles and smiles, since their friend has trouble speaking. "Childhood Alzheimer’s" — officially, Sanfilippo syndrome — has been stripping him of IQ points, language, life expectancy and the outward traits of an ordinary child.

After lunch, two more munchkins who call themselves “Chimpettes” after Alvin and the Chipmunks, join in: Sylvia and Emma Hutcheson find Connor at recess for more hijinks with the one boy they all know has a terminal disease but the brightest outlook on life.

Sanfilippo Type C is destroying Connor’s brain, and will likely end his life before he reaches adulthood. This is what doctors told his mom and dad last year.

But the friends who have known him since he was 3 — and a batch of them are classmates at this Chester County public school — see only Connor’s soul.

All they hear is Connor’s laugh.

All they want is to be with Connor. Their friend, always.

“They just love him, and they honestly get upset if they don’t sit next to him at lunch,” his special-needs aide Amy Dougherty — by his side at all times — explained as the kids buzzed around us during library one recent morning. “He’s a happy kid, he gives out a lot of hugs. They seem to understand him.”

A genetic disease is essentially erasing his brain’s function and will eventually shut down his body. The only way to possibly stop it is with an expensive clinical trial that his mother and father are trying to raise $1 million to finance. Hundreds of Inquirer readers responded with more than $25,000 donated through fightforconnor.com. A fraction, yes, but a towering affirmation of our capacity for humanity.

Still, nothing could have prepared me for the empathy pouring out of the hearts of the children I later met at Connor’s school in Chester Springs.

I pulled aside Jack Felmlee and asked the fifth grader: What did he like so much about his fellow Chipmunk? (Connor had just marched through recess with giant, round eyeglasses pretending to be Theodore from the crew’s all-time favorite cartoon show.)

“He’s just fun to be around,” Jack said. “He’s caring and loves everyone. He’s got an exciting attitude all the time. It’s different; he’s always happy around everyone.”

I pressed: Aren’t most kids your age pretty happy?

“He never gets sad.”

I paused. A kid whose brain is under attack never gets sad. That’s something to think long and hard about as a quick-to-be-cantankerous adult.

How about the disease attacking Connor’s brain? What do you understand about that?

“I know he’s probably going to die before everyone else will,” Jack said. “That’s why I want to enjoy being with him — before he dies.”

These kids. They are blocking out anything that is noise to make room only for what is love.

Marisa DiChiacchio remembers how it gutted her son last year to leave these friends. She’d sent Connor to a specialized school on the advice of experts. But she soon realized her boy needed the spark of friendship more than specialized academic instruction. She and Connor’s dad, Mike, returned him to West Vincent in the fall.

By day two, the PTA president was sending teary dispatches home to DiChiacchio that Connor “was back to his old self.”

“He was a shell of himself last year,” mom recalled.

“I think that’s what keeps me going,” she said — the kids and the school. “The community outreach and the love they have shown Connor.”

Principal Ed Smith sees it, too. The kids show extraordinary patience toward Connor, and actually seem better — nicer — with him in their lives.

“I don’t have a class that teaches you how to be kind,” Smith said. The kids, however, have figured this out organically. “They’re very understanding. They’re so patient with him.”

At lunch, Connor’s ebullience bursts through: He is magnetic, with big laughs and wild hand movements. The kids angle to be near him.

At recess, he accepts the challenge when buddy James coaxes him into leading the crew on a chase around an obstacle course of desks.

Connor takes control with a muffle-roar that clarifies that he is the one calling the next shot: “Boys hide, GIRLS count!”

All of them, in that moment, oblivious to anything but their joy.

“When he wasn’t here,” PTA president Cindy Hutcheson said, “I just felt there was less heart.”

A gift that goes both ways.