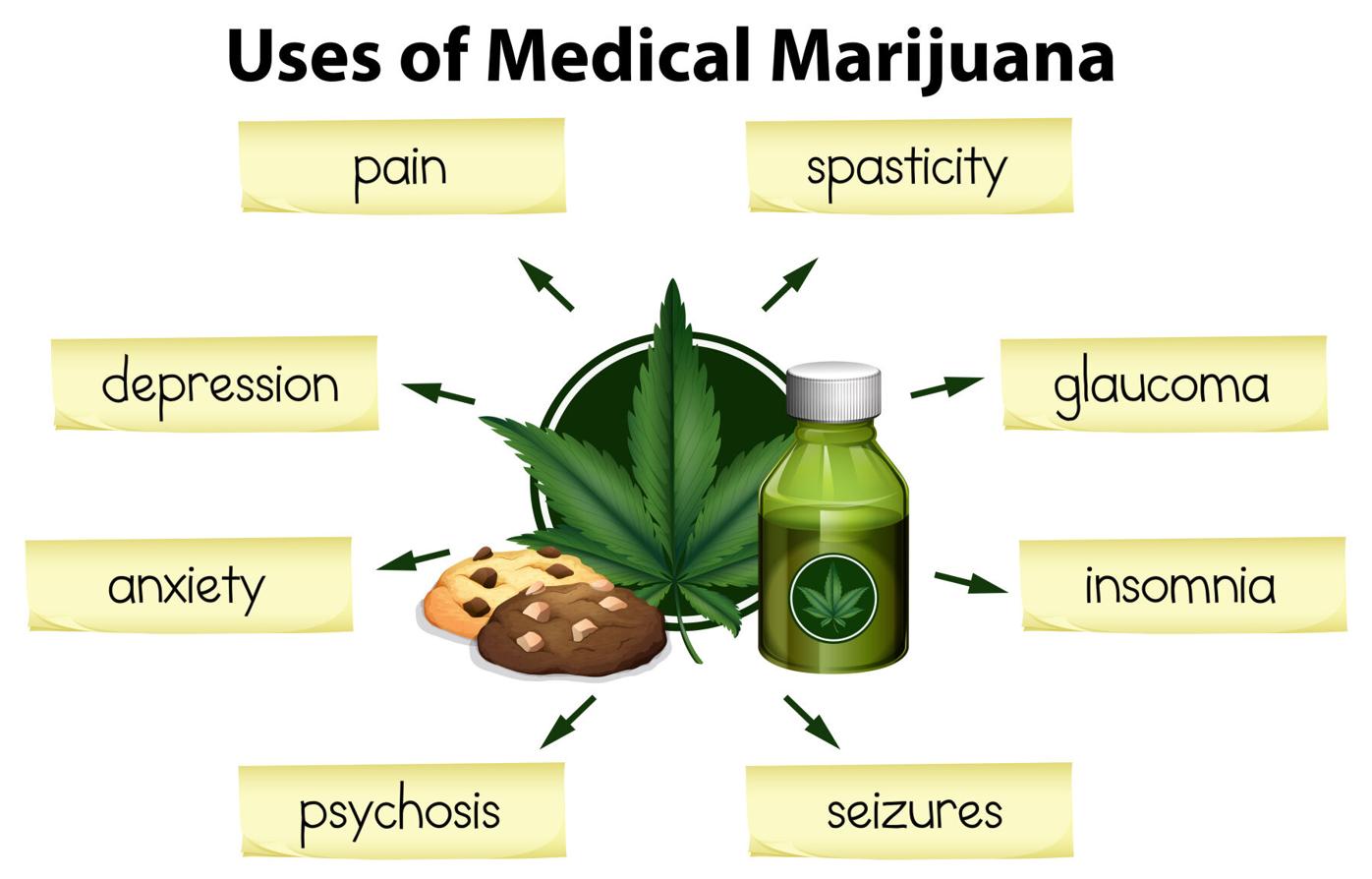 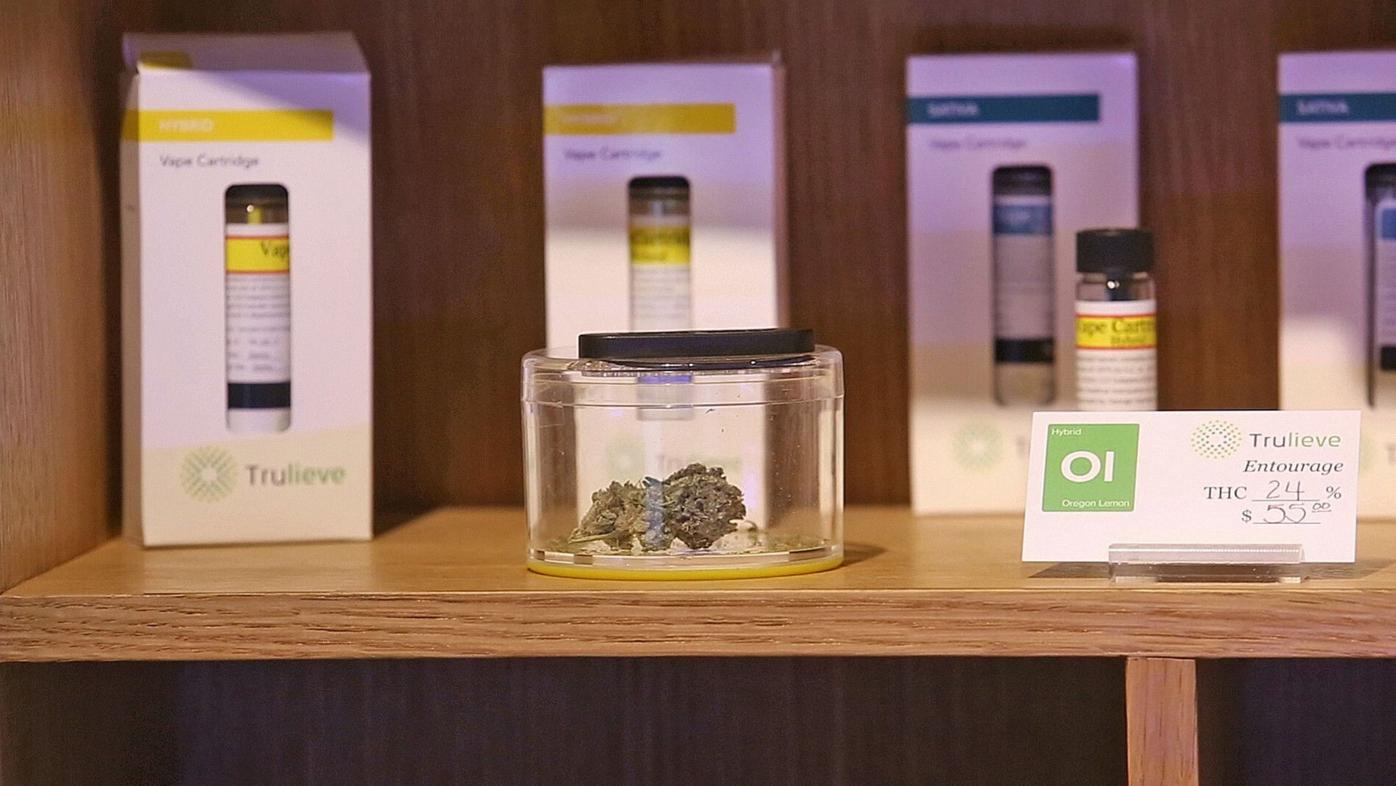 These isn't a flyer for an electronics store or a hobby depot. This is a special texted to patients treated with medicinal marijuana.

Everyone appreciates a bargain, but for doctors such as Mark Moore, something about these deals feels a little off. “This is medicine,” said Moore. “You shouldn’t need to bargain shop for doctors.”

Moore is the founder of Tallahassee’s Medcan Florida, which claims to be the first doctor’s office in the state dedicated to certifying patients with medical cannabis treatment. While he believes costs should not be the first thought on a patient’s mind, he has advice for saving money.

All patients will pay $75 to get their card from the state’s Medical Marijuana Use Registry. This allows patients to operate in the gray zone of buying a drug that is illegal for most people and states in this country. “It’s still illegal under federal law,” said Moore. “We can’t forget that.”

That $75 will be paid yearly when the card is renewed.

Before applying for the card, patients must see a doctor that can diagnose them with one of Florida’s qualifying conditions, which can be found at state-run website knowthefactmmj.com. In the wake of Florida’s legalization of medicinal marijuana in 2016, many offices have popped up specifically to write these recommendations.

Moore says this is one of the most important in terms of saving money. “A good doctor who cares for their patients will save you tons of money in the long run,” he said.

A consultation with a marijuana-prescribing doctor can cost $200-$400. While you could shop for the lowest visit price, Moore says there are more important factors. “You really have to avoid snake oil salesmen,” he said. The key to saving money is proper dosing, and for that, you need someone you can trust.

Moore recommends first asking your family doctor if they have a reliable source. If they don’t, look into nearby offices and how long the physicians have cared for patients. “You want to look for someone with experience,” he said.

Prescriptions are different with medical marijuana. Instead of giving patients a set amount, recommendations are written for a period of time. The maximum period in Florida is seven months, after which patients must return to their prescribing doctor for a new recommendations.

Each doctor has their own procedure. “I usually like to see my patients every six months,” said Moore. Each consultation with the prescribing physician carries a fee, so patients may want to ask how long the recommendation will last.

Jordan Dunne, manager at Muv’s dispensary in downtown Orlando, broke down products and terminology that can be useful for new patients.

Strain — the type of plant from which the product was harvested or extracted.

Indica — strains that usually produce a mellow, relaxing effect in the patient, common for use on anxiety conditions. “It’s also known as ‘in da couch,’ “ said Dunne.

Sativa — strains that induce a more “heady high,” according to Dunne. “A lot of times they have a more euphoric, talkative effect. … When you hear of about people getting paranoid on marijuana, it was typically sativa.”

Hybrid — strains that combine the DNA of indica and sativa plants. Usually, hybrids lean more one way or the other.

CBD — cannabidiol, usually extracted from a hemp plant, produces no high on its own. It’s often used to treat inflammation as well as low-grade anxiety. CBD without any THC can be sold without a prescription.

THC — tetrahydrocannabinol is the chemical compound responsible for the psychoactive experience most people have when using marijuana.

1:1 — any product that combines CBD and THC in equal parts. “You want to use THC and CBD together,” said Dunne. “They grow together so they work together.”

Flower — the bud of the plant that is typically smoked in a joint or pipe, or heated in a vaporizer.

Concentrates — extracted THC in an oil, usually very potent. It can be used orally, topically and in edibles.

Capsules — pills for taking concentrates. They may be liquid or powdered, usually in a gel capsule.

Shatter — a concentrate or distillate that’s been hardened into crystals.

Crumble — similar to shatter, a solid concentrate, usually waxy or soft in texture.

Metered dose inhaler — a spray inhaler that delivers a puff of marijuana. While it looks like an asthma inhaler, Dunne cautions, “This is not for asthma.” He also says the dosing from these is usually very low.

Tinctures — less concentrated than concentrates, administered orally, usually from a graduated dropper. Tinctures tend to have the longest time before onset, which can sometimes be an hour or more. “Tinctures are more for if you need something before you go to bed,” said Dunne.

Vape pen — an electronic cigarette that burns a distillate or concentrate oil. Vape pens can be disposable or rechargeable with disposable cartridges. The industry-standard size cartridge, typically called a 510, will fit most vape pens, so a patient can often buy cartridges from different dispensaries.

Transdermal gel/patch — topical delivery methods where the THC is absorbed through the skin, similar to a nicotine patch. While the psychoactive effects of transdermal THC are usually low, they can also target specific spots for pain.

Topical lotion/cream — lotions are not made to be absorbed into the bloodstream but just at the site where they are administered, typically for inflammation.

Moore said an important place to save money is in the dosing. “Use less,” he said. “Don’t develop a tolerance where you’ll need more of the medicine.”

In the beginning, Moore said patients should start with tinctures and avoid patches, creams and pills. He also discourages using concentrated oils because even a slight change in the amount can result in a wildly larger dose. “Tinctures give you the clearest picture of your dose,” he said.

According to the Physician Certification Pattern Review Panel annual report found on the Florida Board of Medicine website, the average doctor in Florida will prescribe up to 600 milligrams of THC for daily use. While conditions require different amounts and patients should listen to their doctors.

For conditions such as anxiety and pain management, Moore recommends making cannabis part of a routine that can also include diet and exercise changes. “Meditate, find other activities,” he said. “Try to reduce your condition naturally as much as you can.”

Moore wants ensure that in seeking the best deal, patients don’t lose focus of what’s important. “It’s good medicine for the right patient,” he said. “This isn’t to help people get high. This is to help them get better.”