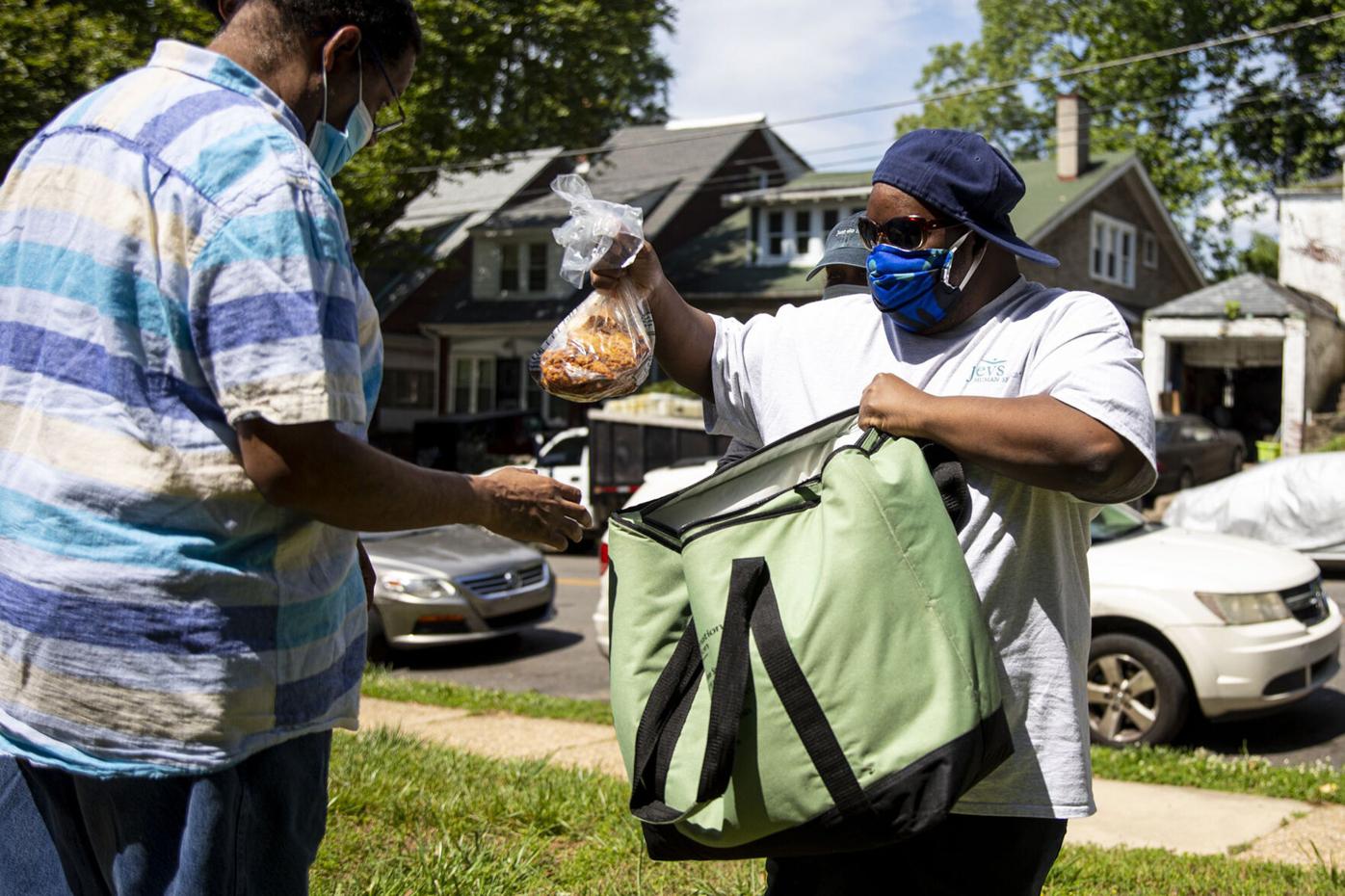 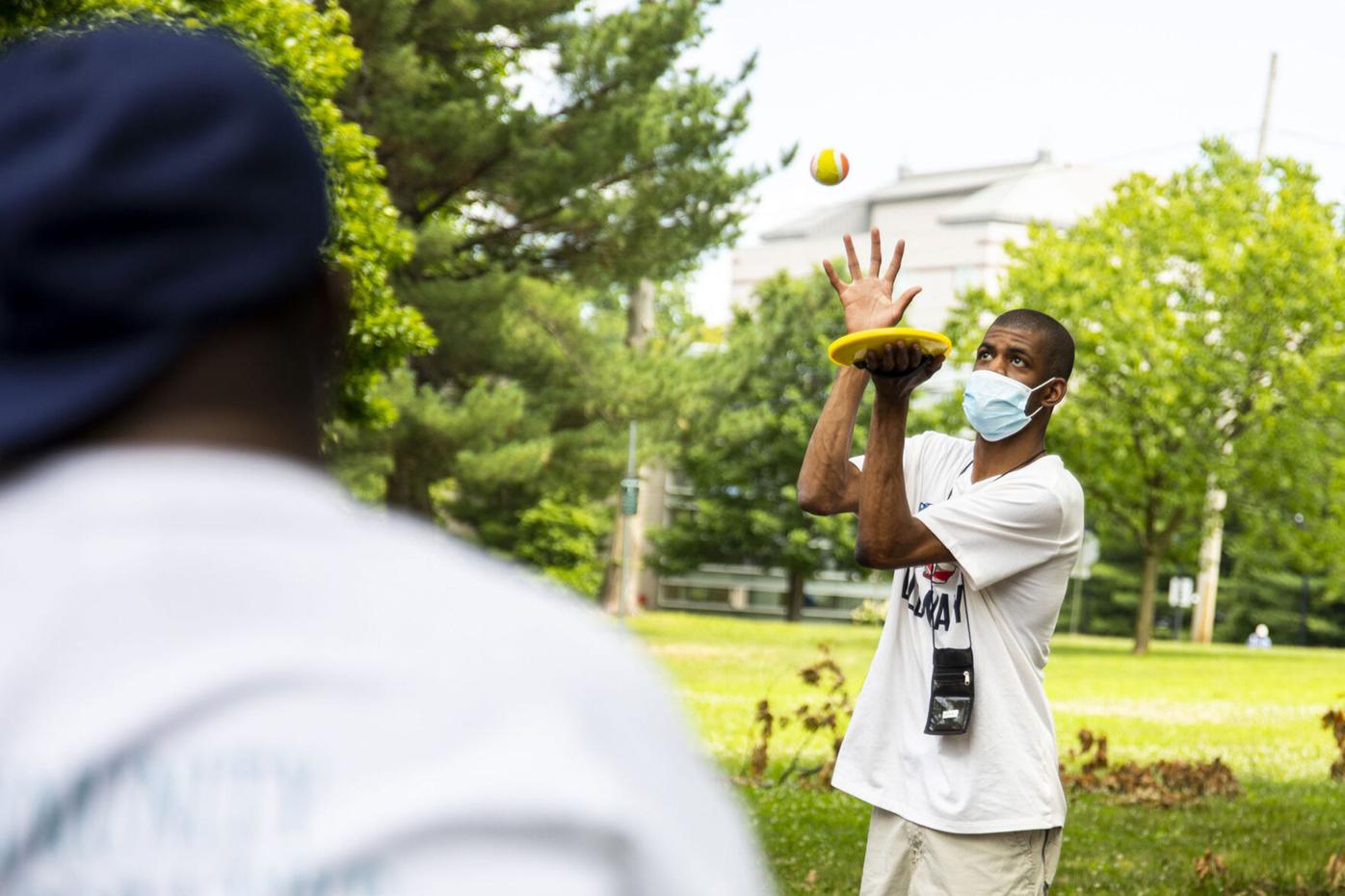 The first stop for Charlie Flowe and his friend, Julian Jordan, was a Chick-fil-A in Bensalem, Pa., where they collected bags of donated chicken breasts that they would distribute to three group homes for intellectually and developmentally disabled individuals.

For Flowe, 29, and Jordan, 28, who also have disabilities but live at home with their families, the activity represents an early step back toward their normal lives of engagement with the community after weeks of staying at home, just like almost everybody else, because of the coronavirus pandemic.

It's a step that many intellectually disabled individuals and their families have been reluctant to make.

Flowe and Jordan are enrolled in a state-funded program called Community Participation Supports through JEVS Human Services, a Philadelphia nonprofit.

Adrien Flowe, Charlie's mother, said her only concern "was to make sure they had masks for him and disinfectant for his hands and stuff like that, and that he wasn't going to too many places."

"He was a little bored," she said. "When I told him he was going back, he was really happy about it."

Regulators have told agencies like JEVS to prepare for reopening by surveying their clients first to see if they want to get back out in the community, but then also to determine who is capable of keeping a mask on and to decide which individuals have health problems that make it too risky for them to resume normal activities.

A recent survey of a couple of hundred families across Pennsylvania with intellectually disabled members found great reluctance to resume activities, said Audrey Coccia, a cofounder of Vision for Equality, a Philadelphia nonprofit that advocates for individuals with intellectual disabilities and their families. "People are very scared about going back out."

Coccia, who has an intellectually disabled daughter, sees how hard it is to stay put. "My daughter looks out the window for hours. I feel so bad for her, but she won't wear a mask. She won't wear gloves," Coccia said, adding that her daughter is at greater risk because she has medical problems including diabetes and respiratory illness.

Cynthia Jordan, Julian's mother, said she was not worried about her son resuming community activities with JEVS. "I know how responsible they are," she said.

Charlie and Julian, who attended Roxborough High School together, had an easy rapport as they collected donations, wearing masks the whole time. The second stop was at a Wawa three miles up Street Road from the Chick-fil-A. Then they dropped off both sets of donations at JEVS group homes in Fern Rock and East Oak Lane.

Supporting the two young men was JEVS staffer Chalonda Day, 38. She ferried them around in a gray Dodge Caravan and helped them stay organized.

The final stop came at Burholme Park, where Flowe and Jordan played catch with a Velcro paddle ball set before eating sandwiches — cheese and bologna for Flowe, peanut butter and jelly for Jordan.

Day, who has worked with intellectually disabled individuals for a decade, the last two in community supports with JEVS, said Flowe and Jordan are in sync. "It's like they're brothers," she said.