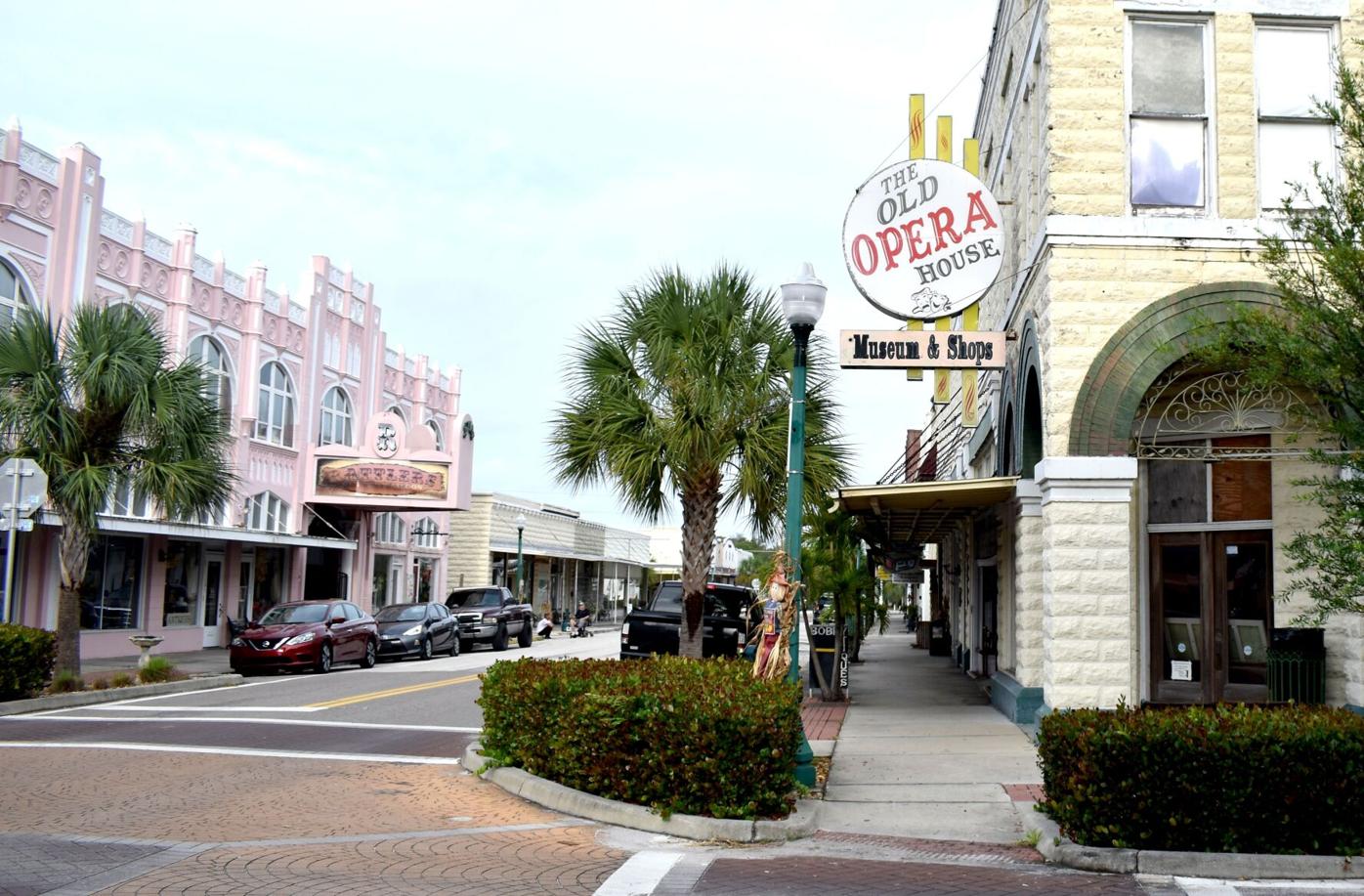 Many businesses in downtown Arcadia took a big hit during the coronavirus pandemic. Multiple business closings have occurred with some recently reopening and others closed for good. 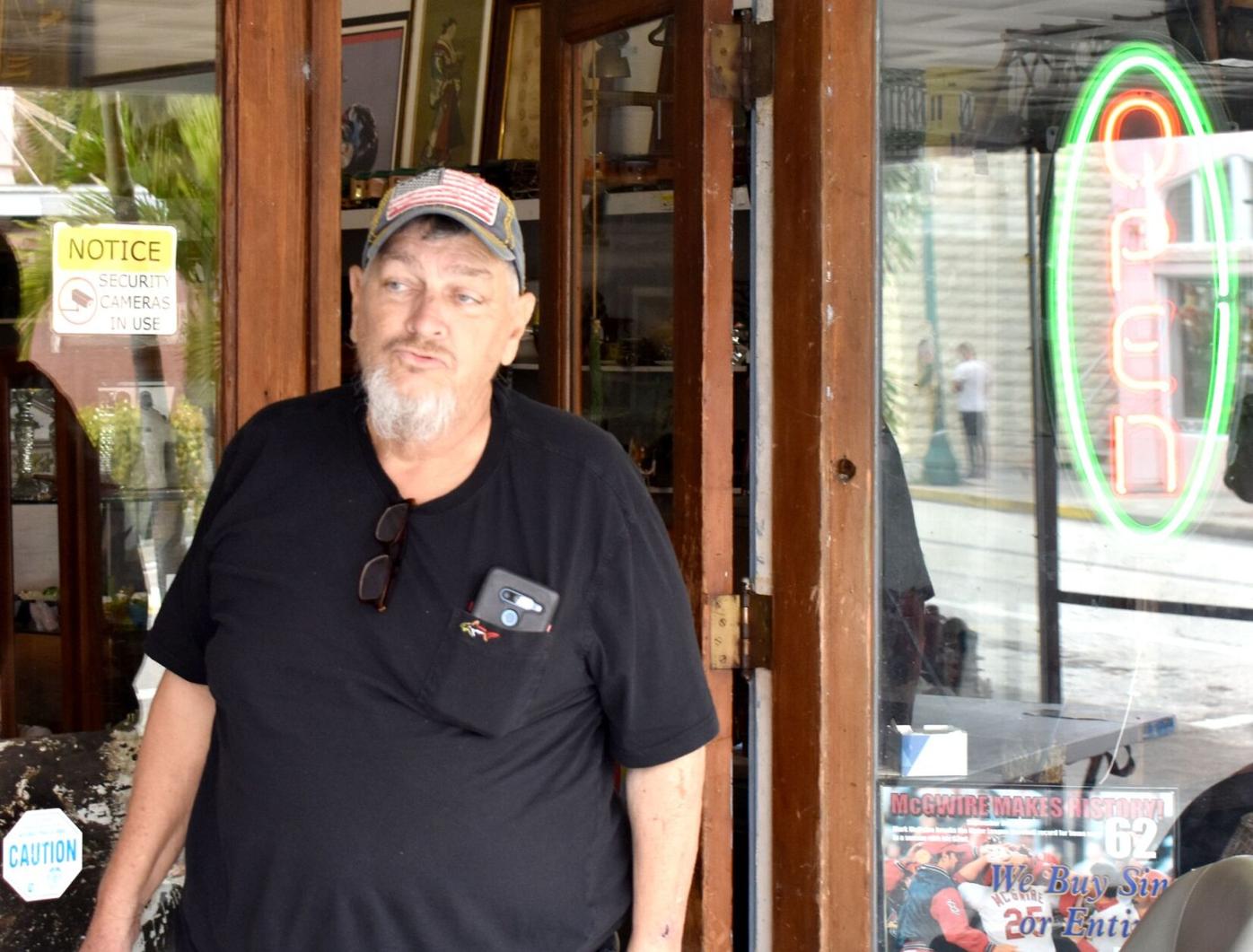 Bob Defino stands outside his antique shop, Bobby’s “Tiques” in downtown Arcadia. Shops like Defino’s, along with restaurants, hair salons and other businesses, took a big hit during the coronavirus pandemic.

Many businesses in downtown Arcadia took a big hit during the coronavirus pandemic. Multiple business closings have occurred with some recently reopening and others closed for good.

Bob Defino stands outside his antique shop, Bobby’s “Tiques” in downtown Arcadia. Shops like Defino’s, along with restaurants, hair salons and other businesses, took a big hit during the coronavirus pandemic.

Business closings have occurred, some short-term and some for good. The first live “Early Bird” on Thursday outside on the porch of the DeSoto County Chamber of Commerce building brought the casualty picture into closer focus, as well as gave a better idea of needs that should be addressed in a unified way, said Debbie Wertz, chamber executive director.

“It went really well,” said Wertz. “The weather was beautiful. It couldn’t have been more perfect — something went right in 2020.”

The 11-year-old organization, whose mission is to promote local businesses, has been hosting virtual Early Birds for members on Zoom and Facebook but had not had an actual membership gathering since the early spring onset of the pandemic and the shutdowns that followed.

Wertz estimates about 35 to 40 people attended. The next is slated for Nov. 5, also at the chamber headquarters at 16 S. Volusia Ave.

Going into the final months of 2020, Wertz is relieved that the DeSoto County Chamber won’t be hit with the 25% or more membership losses some chambers around Florida and elsewhere have had. She instead expects non-renewals among the organization’s approximately 300 members to be in the 10% to 15% range.

Wertz said she and her eight-member board called every member after the pandemic arrived. Beyond checking with the members, the calls gave the chamber a way to direct members on where to get help.

“We wanted to see if they needed help with the SBA or PPP,” Wertz noted, referring to the Small Business Administration and the Paycheck Protection Program, a pandemic-business stimulus initiative that granted forgivable loans to businesses able to maintain specific workforce numbers.

“We pasted a lot of stuff on the weekly E-blasts about PPP instructions,” she said.

Staying in touch paid off when it came time for the chamber’s annual fundraiser, held this year in mid-June featuring clay shooting at a local gun range which made it possible to follow guidelines from the Centers for Disease Control and Prevention.

The fundraiser, moved from its original March date, exceeded the previous year’s event, according to Wertz.

Hands down the chamber’s biggest challenge, Wertz said, has been the isolation endured by the business community.

Networking, the bread and butter of a business organization, had to be sacrificed, Wertz said.

“People like to get together,” she said. “Not being face-to-face” hurt.

Wertz said the pandemic’s pain has made it especially hard for restaurants and bars to survive, let alone make money.

“They are just not seeing the people come out,” she said of business since the re-openings.

Hairstylists lost a lot of business last year before the state forced a multi-week shutdown of salons. Northern visitors left early “and may not return,” Wertz noted.

She said Arcadia’s antique shops are back — but not entirely. Some of the owners are elderly and scared to open, Wertz said.

“Sometimes that Fourth Saturday would help your sales for the entire month,” the chamber chief said.

Tara Poulton has kept an eye on local business in her role as DeSoto County visitor and economic development director. Poulton said it is unsurprising that some antique shops and restaurants in the Central Business District are still shuttered.

“Even in good time nobody is flush with cash,” she said.

She is eager to see the Fourth Saturday events resume. Those visitors not only leave their dollars here, they spread the word on the offerings of Arcadia and DeSoto County, Poulton said.

The extent of the damage to the revenue side of DeSoto businesses won’t be fully known until sales tax collection totals for a few more months. Sales tax collections are always three months behind, county officials say.

But collections that the state has remitted have been encouraging, according to Mandy Hines, DeSoto County administrator.

“We expected a big hit in the sales tax, but that hasn’t happened — yet,” she said.

The county budget projects a 6% drop for the fiscal year on the inter-governmental transfers that include the county’s portion of the sales tax. The projections put the decline at about $300,000, going from $5.4 million to $5.1 million.

DeSoto County has an allocation of $6.1 million in CARES Act (Coronavirus Aid, Relief, and Economic Security Act) stimulus money to assist distressed residents, businesses and nonprofits. The money is from $2.2 trillion of allocations Congress approved at the end of March.

Poulton said the county is “trying to get the money into the hands of business owners” as well as residents and nonprofits squeezed hard by the pandemic. The county is also using the money to relieve food insecurity of residents with help from public food pantries, assisting families and delivering meals.

Dubbed the Community Partner Mitigation Assistance, the program helps businesses cover the cost of slowing the spread of COVID-19 such as modifying a business’s building and grounds or helping the business provide laptops to enable employees to work from homes. Businesses can apply for grants of $10,000 to $15,000 to cover such costs, Poulton said.

Wertz said the chamber has teamed with the county to help businesses apply for the coronavirus-related assistance.

“We’re helping small businesses get their applications in,” she said, adding that half the businesses it has assisted are not chamber members.

Businesses, Wertz said, are about to enter a period of change in which resourcefulness and creativity will be valuable assets.

“New ways to market will be a huge advantage,” she said. “Things are going to look different for a while for everyone.”