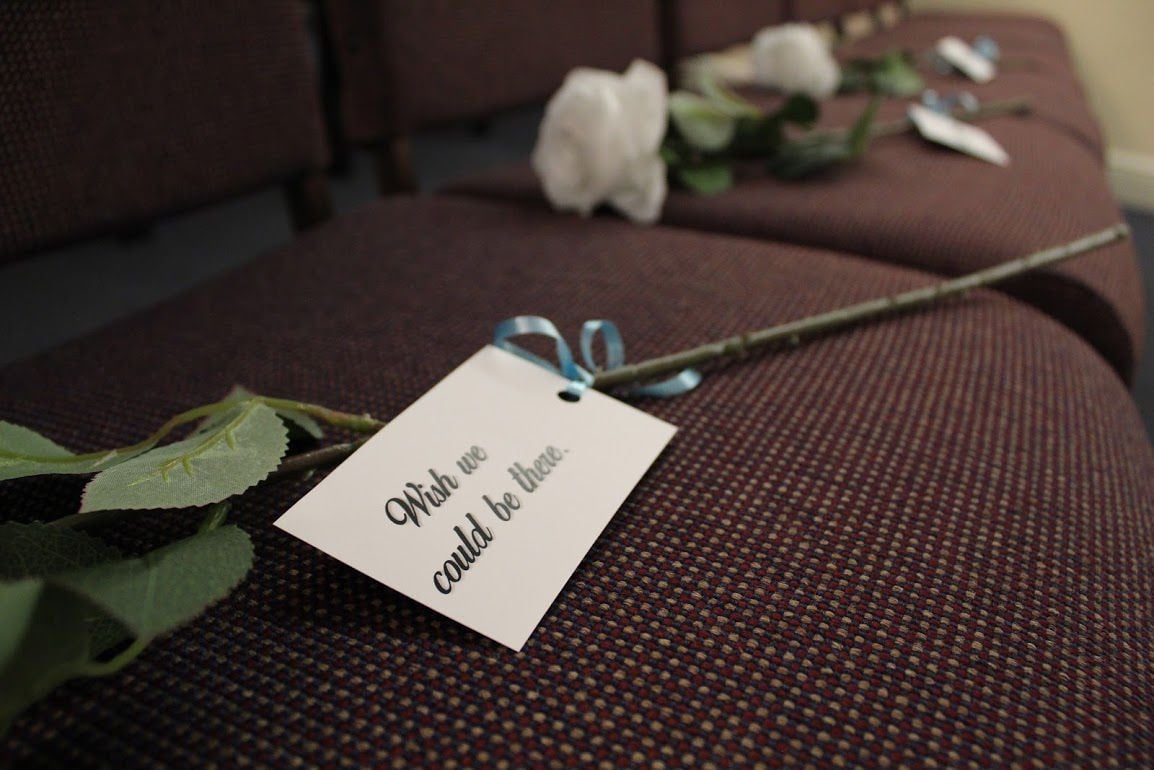 At Charlotte Memorial Funeral Home, people wanting to mourn and send condolences to a family but who can’t attend a funeral can send a white rose in their place with a special message so the family knows they are not alone. 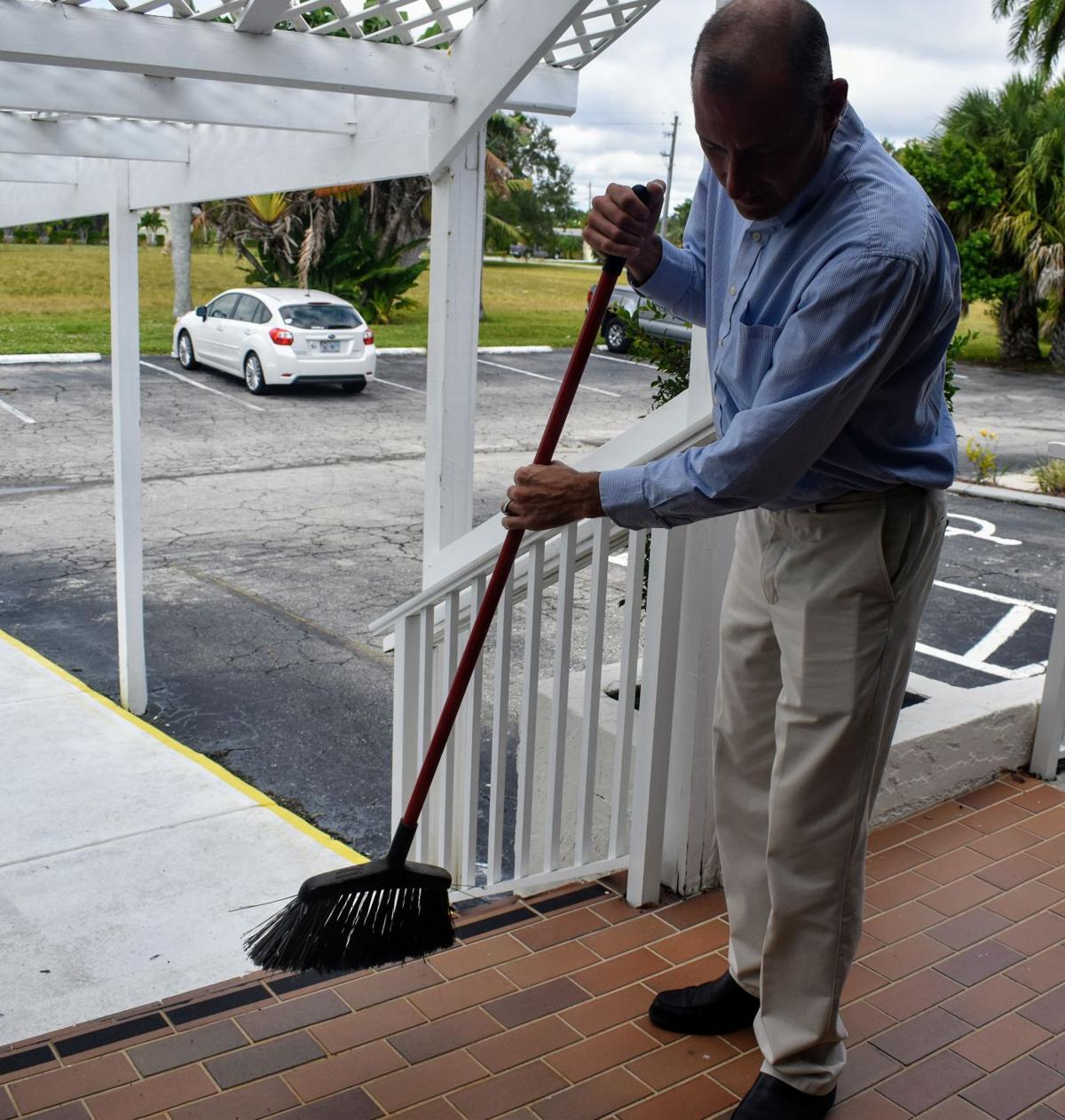 At Charlotte Memorial Funeral Home, people wanting to mourn and send condolences to a family but who can’t attend a funeral can send a white rose in their place with a special message so the family knows they are not alone.

It’s one thing to grieve a loved one’s death. It’s another to grieve their death during a pandemic.

With the increasing spread of the coronavirus, the Centers for Disease Control and Prevention has advised against domestic travel, preventing out-of-state families to join together for a funeral. Services are also being held in groups of 10 or less while 6 feet apart when togetherness is vital in times of loss.

Now funeral homes are tasked with figuring out how to follow guidelines suggested by the CDC while still honoring the life of the deceased.

“It’s a very difficult time for families,” said Justin Baxley, the vice president of business development for Foundation Partners Group who works with Charlotte Memorial Funeral Home, Cemetery and Crematory. “There’s a substantial amount of fear right now surrounding so many aspects of the coronavirus.” On top of experiencing a death of a loved one, “there’s a lot of fear of what will happen next,” he said.

“This pandemic has created very unusual circumstances for the families that we serve and to honor their loved ones as they would like,” said Eric Johnson, owner of Johnson-Taylor Funeral and Cremation in Punta Gorda.

One way funeral homes have adapted to the unusual times is by utilizing video conferencing tools.

Though virtual funerals are not the same thing as in-person services, “the fact that family can be involved from across the globe is a wonderful ability we have nowadays,” Johnson said. “From what I have seen, families are relieved that we can stream funeral services to those that cannot make it down.”

Very few people can come to the actual ceremony, though. Less than 10, per the CDC.

“How we gather as a community is going to look different for some time,” Baxley said. “We’re certainly encouraging families with all of the options we have and realizing every day is a new normal.”

To make that handful of people feel less alone in the room, despite the virtual togetherness, Charlotte Memorial has developed the Rose In Place program. With it, friends and family who cannot attend the service can call the funeral home, offer condolences to share with the family, and those words will be written on a single white rose. Those white roses are then each placed on individual chairs in the chapel.

“It’s a physical presence for a family,” Baxley said. “These roses represent all of the people that care about you and wish they could be with you.”

Both funeral homes can hold the remains for a period of time if a family really wants a memorial service later with the deceased present.

“This, however, is very rare,” Johnson said.

Most families are going ahead and proceeding with the burial or cremation of the remains, Baxley agreed, while limiting the number of people for that.

Staff at Johnson-Taylor Funeral Home and Charlotte Memorial are also available to travel within the area to make arrangements face-to-face in someone’s home, as well as offering to deliver death certificates and cremated remains.

Additionally, health care workers aren’t the only ones suffering from a lack of personal protective equipment, or PPE.

Though the staff of Johnson-Taylor Funeral and Cremation always use precaution, it does not have enough PPE, Johnson said. “I have tried for over a month to order masks and face shields and cannot get them from any of our usual sources,” he said. Johnson has been in contact with the State Emergency Operations Center, who is trying to get the home PPE, however, “we are the last ones on everyone’s radar.”

“Although we are highly susceptible, we are forgotten about or just plain not thought about and it is quite frustrating,” Johnson said.

The home not only deals with the deceased, some positive with COVID-19, but also their families. Johnson-Taylor Funeral and Cremation does have measures in place to limit their contact, “but there is still an inherent risk involved,” Johnson said.

On top of the lack of PPE, the home has been the busiest its been in 20 years, Johnson said.

Foundation Partners Group, which owns Charlotte Memorial, reported an ample supply of PPE, according to a press release, and is sharing the materials in some areas with local hospitals, emergency services and other funeral homes. Baxley also said Charlotte Memorial is business-as-usual as far as the number of families staff are serving.

Charlotte Memorial has not worked with any confirmed coronavirus cases as of Thursday, Baxley said, but take precautions just in case, such as using respirators more often.

PORT CHARLOTTE — When Gloria Yanni got a call that funeral homes in New York needed help, she didn’t think twice about offering a hand.