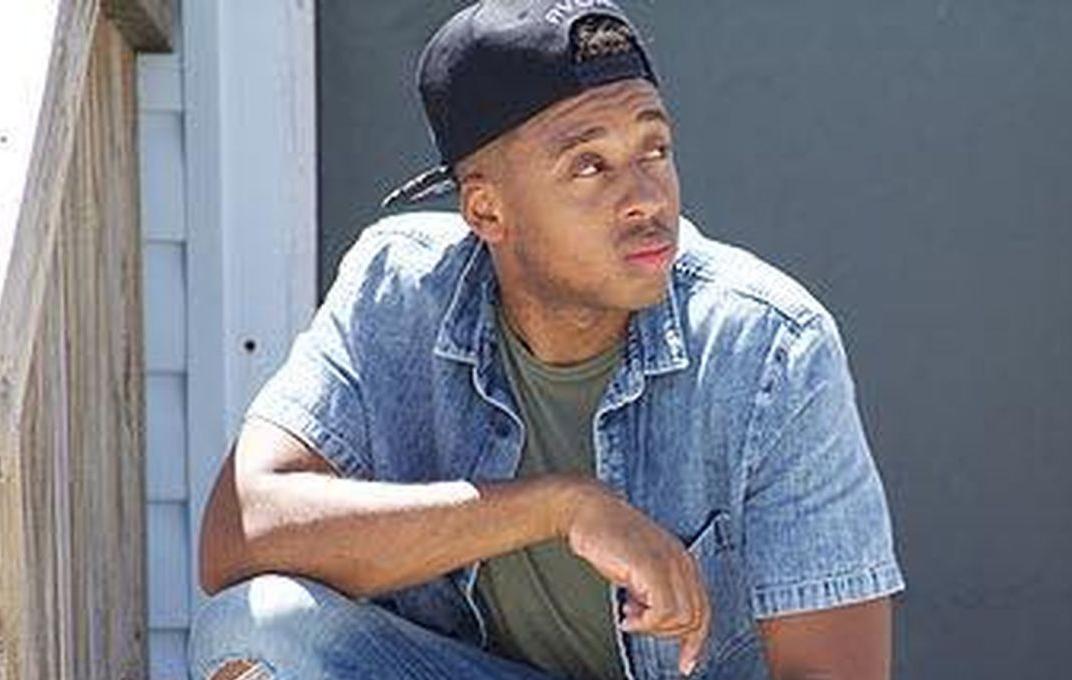 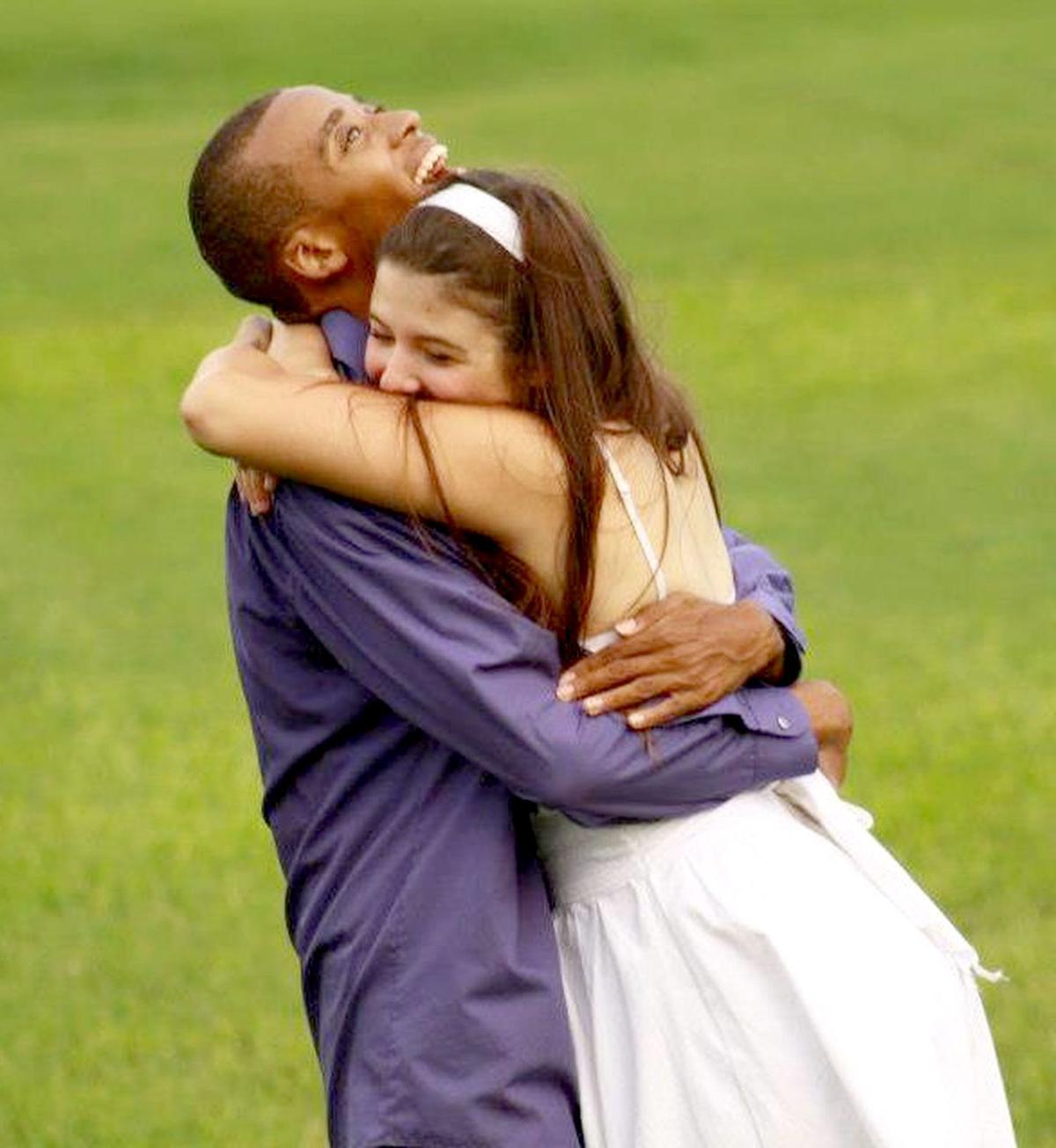 Norris Shelton Jr. hugs his then-girlfriend Rena Quinn after they graduated from Lemon Bay High School in 2009. The couple married in 2014. 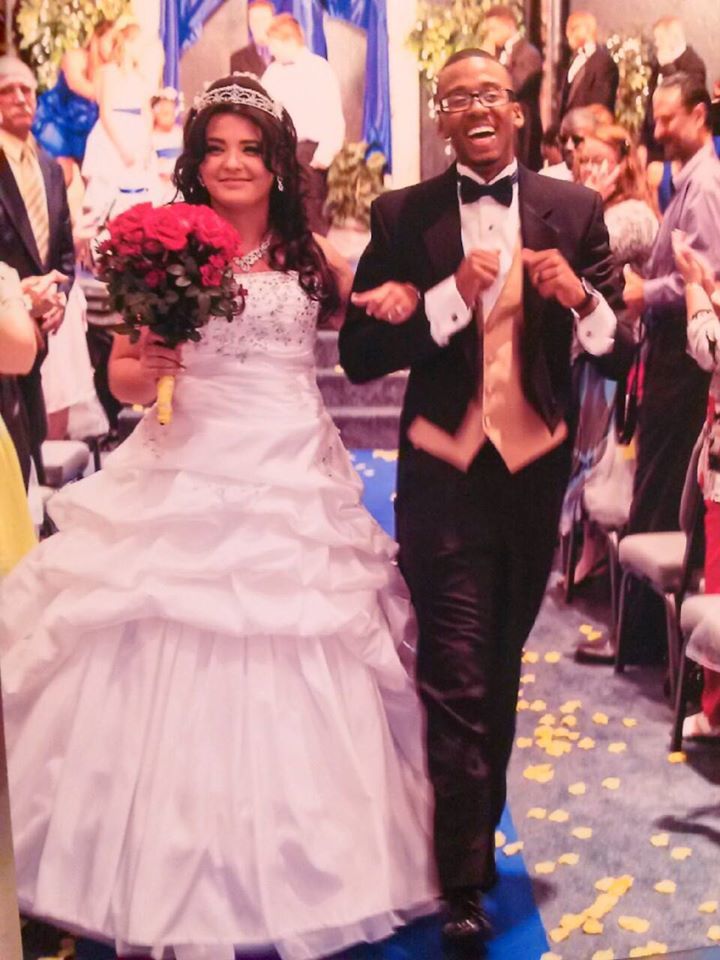 Rena Quinn married the love of her life, Norris “Buckey” Shelton Jr. in 2014. 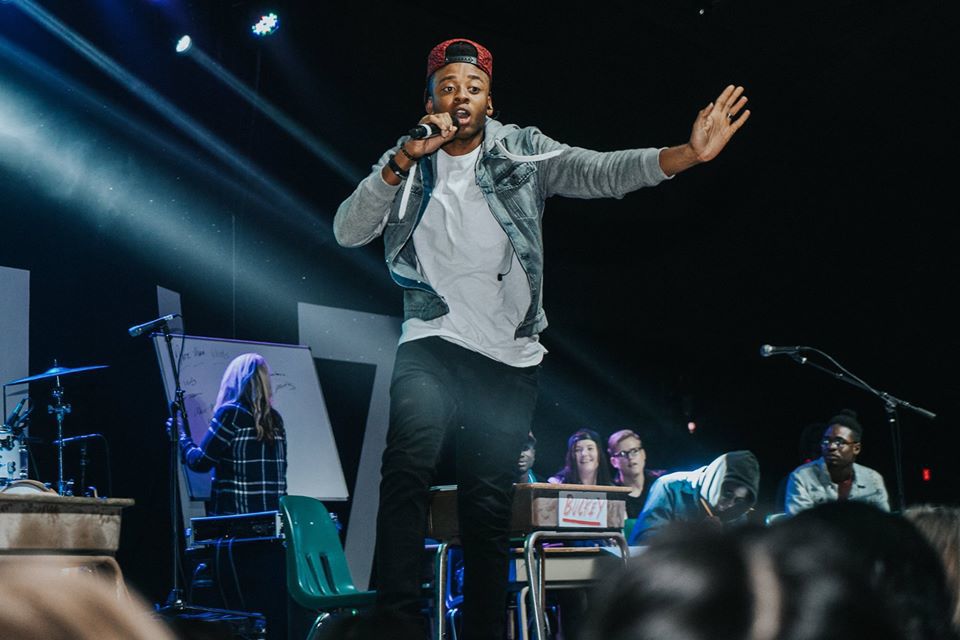 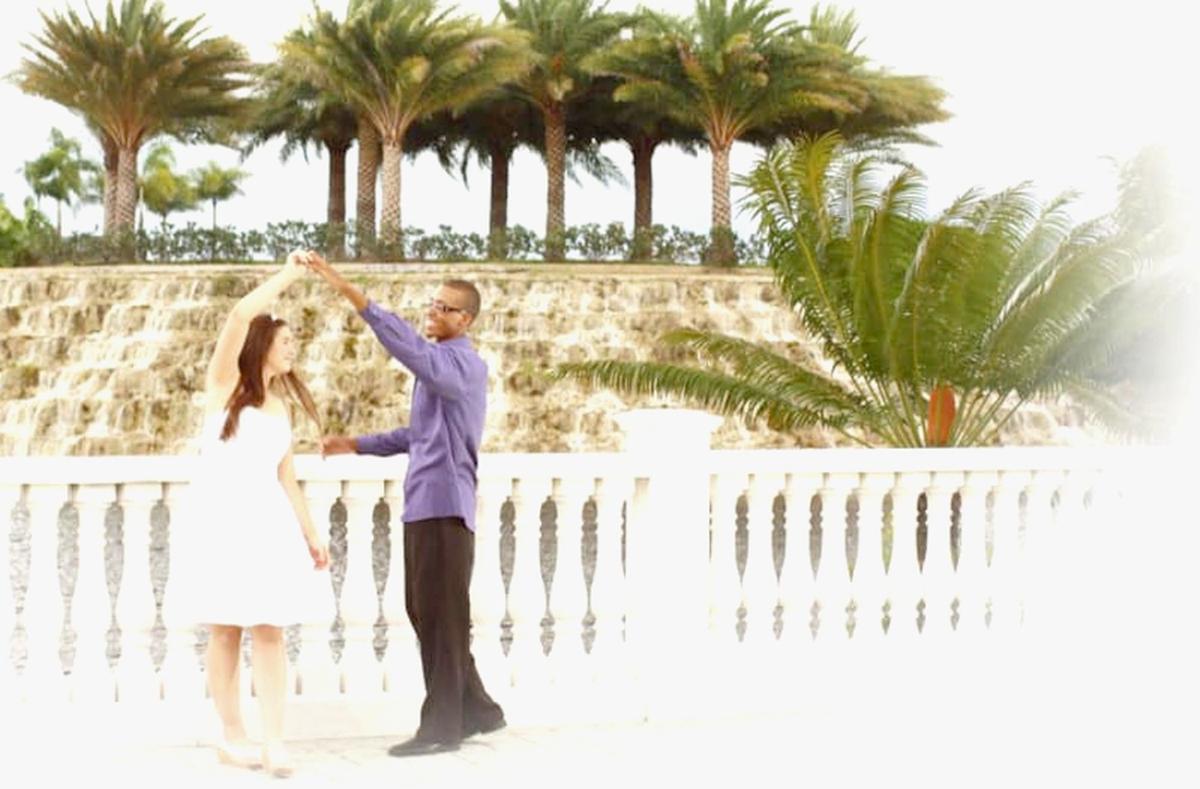 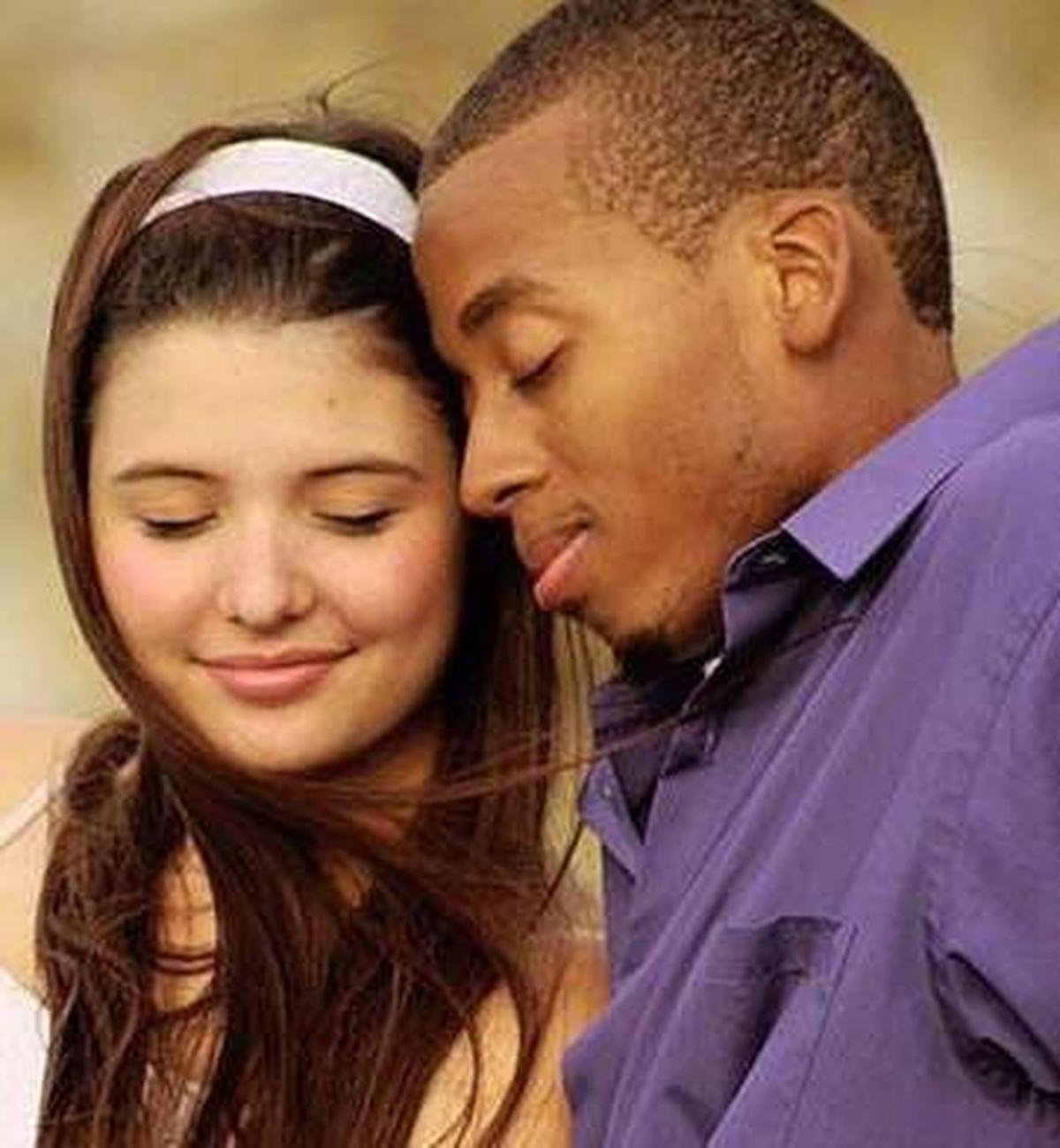 Norris Shelton Jr. hugs his then-girlfriend Rena Quinn after they graduated from Lemon Bay High School in 2009. The couple married in 2014.

Rena Quinn married the love of her life, Norris “Buckey” Shelton Jr. in 2014.

Editor’s note: This is the first of an occasional series by the Sun Newspapers telling the story of a Black person in our community and how he or she views the state of our country’s racial issues and in light of their own experiences.

ENGLEWOOD — As his eyes met the deputy’s, Norris “Buckey” Shelton Jr. told his girlfriend they were getting pulled over.

“I was riding in the car with my white girlfriend (Rena Quinn) and my Black best friend in the back seat,” said Shelton. “My girlfriend said, ‘no we’re not. We didn’t do anything wrong.’ I said, ‘it’s because I’m Black.’ She said, ‘oh come on.’”

Seconds later, the deputy turned on his lights and pulled over Quinn.

“The police asked my girl if she was OK. Then he said, ‘You have a broken tail light’ and asked for the ID of everyone in the car,” Shelton explained. “He let us go with a warning. We went to my house and I checked the tail light. It wasn’t broken.”

It happened in middle school when he lived in Kentucky.

As the class clown, Shelton was used to pranks. One day his friend smeared lotion on him. Playfully retaliating, he grabbed the bottle and chased his friend, who ducked behind the school resource officer.

“We were horseplaying when I accidentally got some of the lotion on the officer’s uniform,” he said. “I was sent to the office. The dean said she was suspending me. I said ‘Are you kidding?’ When I learned she wasn’t, I cussed in protest. A minute later, I was in handcuffs and put in a cop car. My principal was furious. He leaned into the car and screamed at me, ‘I hate your kind.’

I said, ‘My kind?’ He said ‘The trouble-making kind,’ and told the officer to take me away.”

Shelton said his mother refused to allow him to “fall into the system.”

She moved to Englewood and enrolled Norris in Lemon Bay High School his freshman year. He was only allowed to return to Kentucky to visit extended family. During a visit, Norris and a friend witnessed two car crashes. A nearby officer approached the teens and asked for their IDs. Norris was arrested and taken to a juvenile facility until his father came to get him.

“I told the judge I was arrested for cussing at a teacher and I missed my court hearing because my mom moved me to Florida,” Shelton said. “My mom didn’t want me growing up in a system that set me up for failure.”

Norris’s family moved to a nice house in a good neighborhood. But they weren’t welcomed.

“The police were called on my family because people thought we were robbing the house and asked for everyone’s identification,” he said. “It may have seemed weird to our neighbors that we showed up without a U-haul truck. We just didn’t have a lot of stuff or even furniture. We were starting all over in Englewood.”

A week later, two deputies arrived at the house again.

“My sister was outside and an officer drove by the house and thought she was breaking in,” Shelton said. “He called backup.”

Shortly after that incident, deputies returned when another neighbor called, saying Shelton broke into the home.

“I was asleep in my room and when heard a knock at the door,” he said. “I explained the situation to the two deputies and said I would get my ID to prove I live here. When I went to shut the door for a second, the deputy put his foot in the door. He blocked me. He didn’t trust that I lived there and wasn’t going to run out the back door.”

Shelton wondered if this happened to all families who moved to Englewood.

“My mother was angry when she heard a deputy came a third time,” he said. “She went to the sheriff’s office and threatened to file a harassment lawsuit if they came back. She had enough.”

For Shelton, living the black experience in Southwest Florida, also meant being one of a few African American students at Lemon Bay High School. During student orientation, he and his sister stood silently in the corner.

“I saw one other black student who was socializing because he went to middle school with everyone,” Shelton said. “I wore different clothing than most students. They didn’t get me. I wasn’t from Englewood.”

During that time, Shelton never understood why one of his teachers often asked him how he was doing.

“I now know it’s because Mr. Potter cared about me,” Shelton said. “There was less than 1% of black students at the high school. I wore Nike Air Force 1 sneakers. Someone in the hallway yelled, ‘Hey, Lil Bow Wow!’ I went home and told my mom I didn’t like being called Bow Wow. But I just stuck it out.”

“She was different,” he said. “She was like girls from up north. She also didn’t grow up here. She intrigued me.”

Shelton’s friends invited him to West Coast Church on Pine Street. He asked Quinn to go with him. He knew she had a troubled past and might benefit from some of the women at the church.

In 2009, the pair graduated. They married in 2014. Shelton said he doesn’t always remember he’s in an interracial marriage, but his wife sometimes does.

“We went to a restaurant on Kings Highway recently and before the waiter took my order, he asked if I wanted hot sauce,” Shelton said. “My wife said that was racist and a stereotype that all black people eat hot sauce on everything. She notices things I don’t because I don’t see color. Sometimes we get looks when we go shopping.”

One day, Norris was walking in his neighborhood and saw a vacant snowbird’s house with a dock. He passed a “no trespassing” sign and sat near the water and read his Bible.

“The neighbor came over and asked what I was doing,” he said. “I told him I lived in the neighborhood and was sorry. He said, ‘Where?’ I told him my address. He asked, ‘What book are you reading in the Bible?’ I told him, then he proceeded to accuse me of breaking into his house, which was next door, and swimming in his pool while he was not home.

“He showed me a black tank top and socks that were left behind and asked, ‘Are they yours?’” Shelton said. “I told him ‘No.’ Luckily, his wife was there and asked him to back off of me. He said I could stay, but I told him I’m leaving because I knew he was calling the cops.”

Shelton said he was stopped by an officer for stopping his vehicle on the white line instead of behind it at the traffic light.

“He asked me where I was going, I told him ‘I’m a youth leader at my church and I’m picking up one of my students.’ He proceeded to have a friendly conversation with me. I entertained it, but I was already offended,” Shelton said. “I’ve been a member at West Coast Church for over 10 years. I served as a greeter, served in media, preached in the middle school ministry for over two years and served in children’s church, and as a member on the church’s board.”

Shelton said he’s learned to look at these situations from both perspectives.

“So many times, I’ve had to tell someone or an officer where I lived in Englewood because people didn’t believe me,” he said. “However, if you wanted to know how I feel as a Black man in America, with all this going on, I’d be lying if I said everyone gets treated or labeled the same way.”

Shelton says he always tries to be a positive role model and leader for the next generation. He mentors teens at the church. He’s also a Christian rap artist who goes by the name Buckey.

“I make music that I feel everyone can relate to — not only Christians,” said Shelton, who released CDs and performs with other Christian artists. “It’s Christ-centered and relevant to the current culture. My music is a reflection of his life experiences ranging from my faith, job, struggles, relationships and more. Jesus is my everything.”

A wife's message by Renee Quinn

"If you don't experience racism on the daily, good for you! For some people, every time they walk into a store they get looked at sideways, they get followed and stereotyped. They watch as people clutch their purse, they get stopped and questioned in their own driveway by police officers. They live in a world where almost everything is operated in a white society. Yes, I'm white … but my husband is not. We both grew up in predominantly black communities.

"We've seen it, we've experienced it.

"I've watched my husband be repeatedly disrespected and stereotyped and yes he does get treated differently than me.

"White privilege is a real thing.

"He's been harassed by police officers on multiple occasions for no reason. We've been pulled over questioned and searched for a brake light. We've been followed in stores and questioned. He's had bottles thrown at him and called racial slurs. He's been singled out in places because of the color of his skin.

"We can't change everybody, but we can take a stand when we can, and we can educate ourselves.

"Their lives matter, and so does your voice. Speak out against injustice."