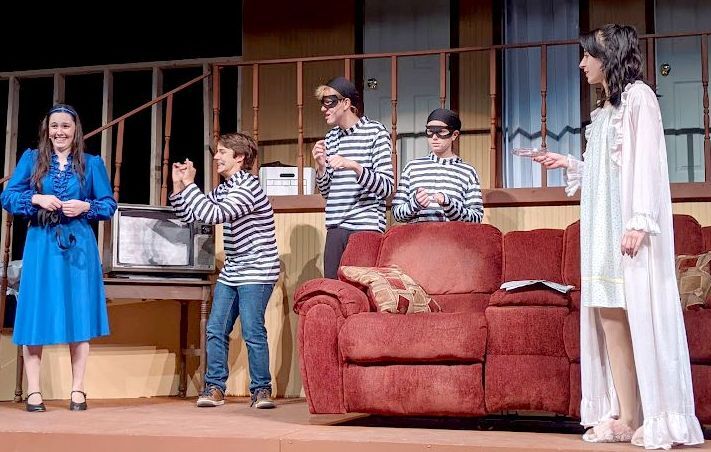 Several in the cast of “Noises Off” prepare for the opening day April 15 at the Lemon Bay High School preforming arts center. 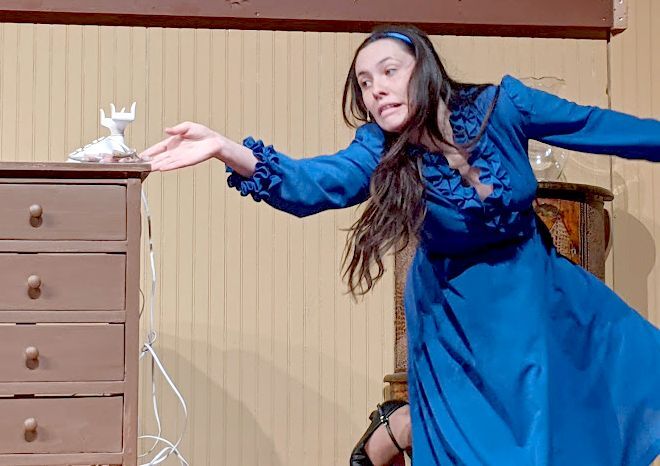 Alice Lewis, 19, perfects her role in the play. 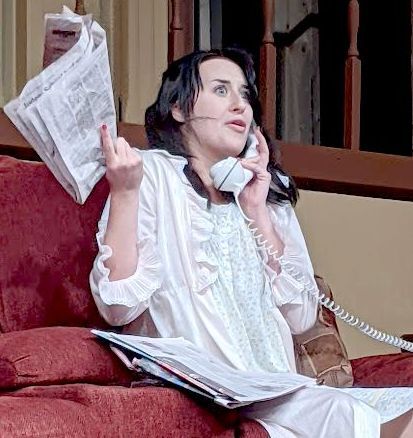 Lauren Wickerson, 18, plays both Dotty and Mrs. Clackett in the play. She’s a middle-aged actress who is forgetful and always losing her sardines. 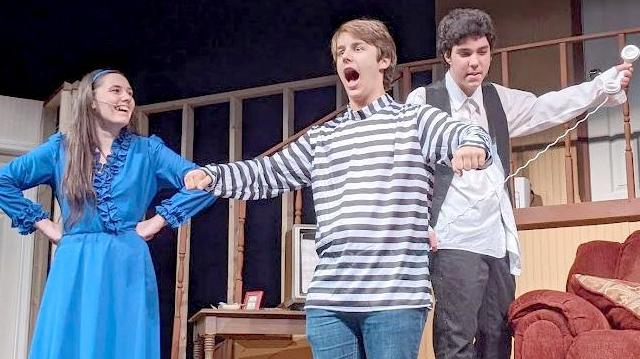 Alice Lewis, left, tries to translate what Trace Richardson, 16, is trying to say about using the phone to call the police, while Bryan Fernandez tries to figure out how to find the rest of the phone in the play “Noises Off.” 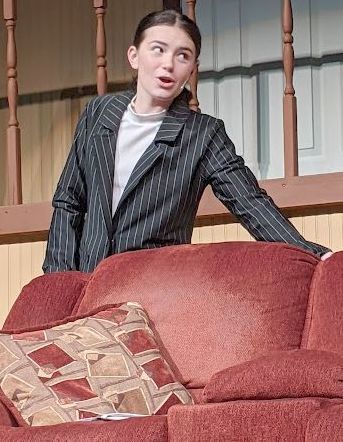 Several in the cast of “Noises Off” prepare for the opening day April 15 at the Lemon Bay High School preforming arts center.

Alice Lewis, 19, perfects her role in the play.

ENGLEWOOD — Mrs. Clackett rushes around the living room looking for the sardines she’d wrapped in newspaper.

The student production, which is a play within a play, is on track for its public performances Aug. 15-17 at the Lemon Bay Performing Arts Center in Englewood.

It’s hard work, since, as the play goes on, the confusion builds and things become more convoluted.

'Noises Off' at Lemon Bay High

Performances are 7 p.m. on April 15-17 and 2 p.m. April 18 in the Lemon Bay Performing Arts Center, 2200 Placida Road, Englewood. Tickets are available at www.lbhstheatre.net/tickets. For more information, visit www.lbhstheatre.net and follow lbhstheatre257 on Facebook.

Seconds after a disheveled Clackett gets off the phone, she encounters the arrival of the homeowners — a rich couple in Spain, hiding from British tax collectors. They open and close bedroom and bathroom doors in the house while settling in for the night. They are unaware another couple is at the house on a secret romantic tryst. So when one couple sets something down like a box or telephone, the other couple picks it up and puts it back in its place.

Then a burglar who resembles a guest shows up. And all the while, Clackett tries to track down her sardines.

“Noises Off” is a comedy centering on the director of an eccentric theater company who tries to put his production together. However he has a terrible cast and crew. They argue, they fight, they have romances — but that’s nothing compared to what happens backstage.

As the cast practiced after school Tuesday, Ballard-Richardson would yell out reminders for props and other details still.

“We need a new (old-fashioned) phone,” she called out. “We need a hook for the wall.”

“In 1992, they made ‘Noises Off’ into a movie with Carol Burnett, John Ritter, Christopher Reeves and Michael Caine. There’s a lot of physical comedy. It’s a play about all of the different things that go wrong in the play — and of course, sardines.”

The play features students in multiple roles, since they are actors, and also characters in the play.

They include Lauren Wickerson, 18, and Mason Quick, 17, who both played in “Shrek Jr.,” “The Addams Family,” “Grease” and “She Loves Me.” Wickerson also played in “Guys & Dolls” and “It’s A Wonderful Life.”

Quick, 17, also played in “A Christmas Carol” and “The Importance of Being Earnest” and now is Frederick in “Noises Off.”

“I’ve been in or helped in every show for the past four years,” said LBHS actress Alice Lewis, 19, who plays Belinda.

Bryan Fernandez, 16, plays the Garry, the man who at one point falls down the stairs of the home he brings his mistress.

“This is Avery Witt’s first big role,” Ballard-Richardson said of the 15-year-old who plays Brooke.

The school follows CDC guidelines for mask-wearing at entry to the theater, and is only filling the theater at 25% capacity. When tickets are purchased, the system automatically allows for social distancing between seats.