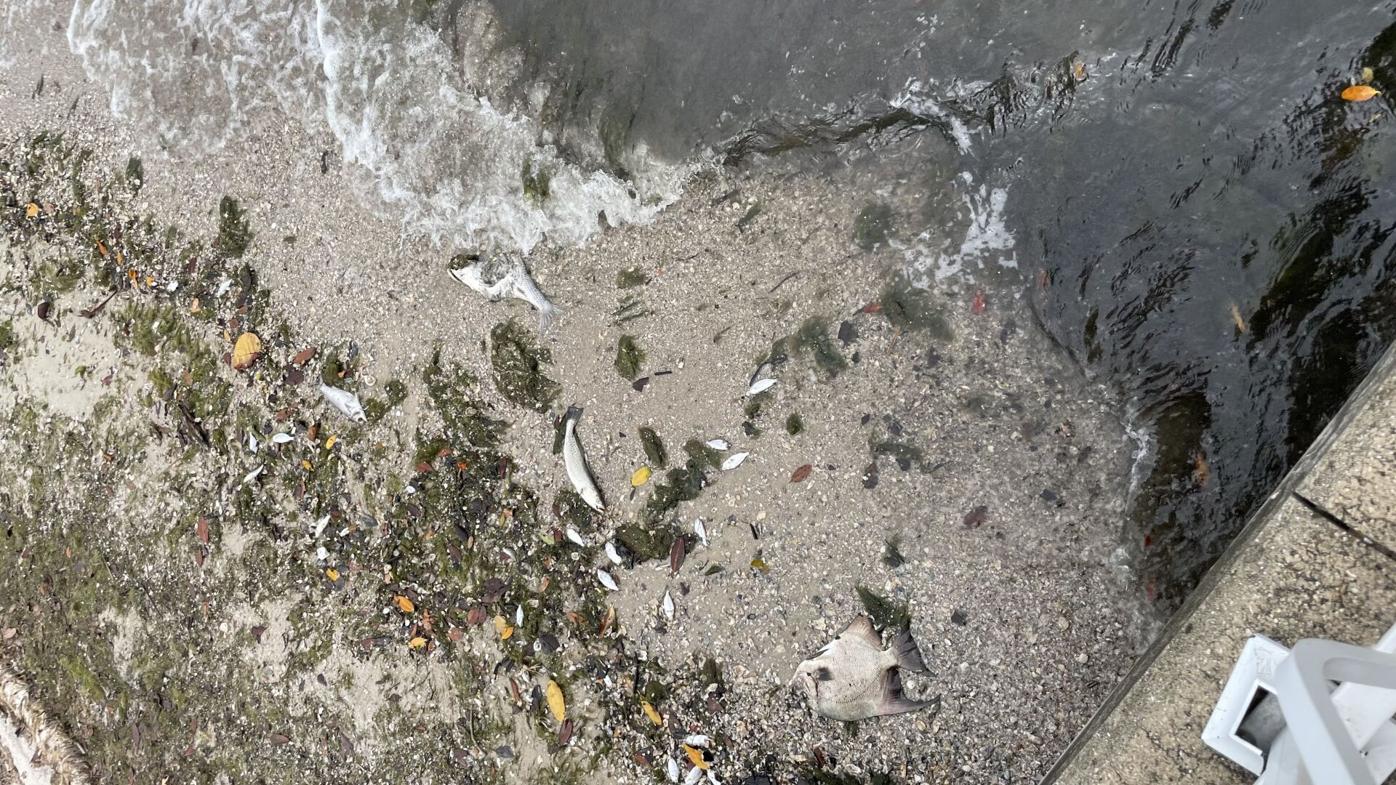 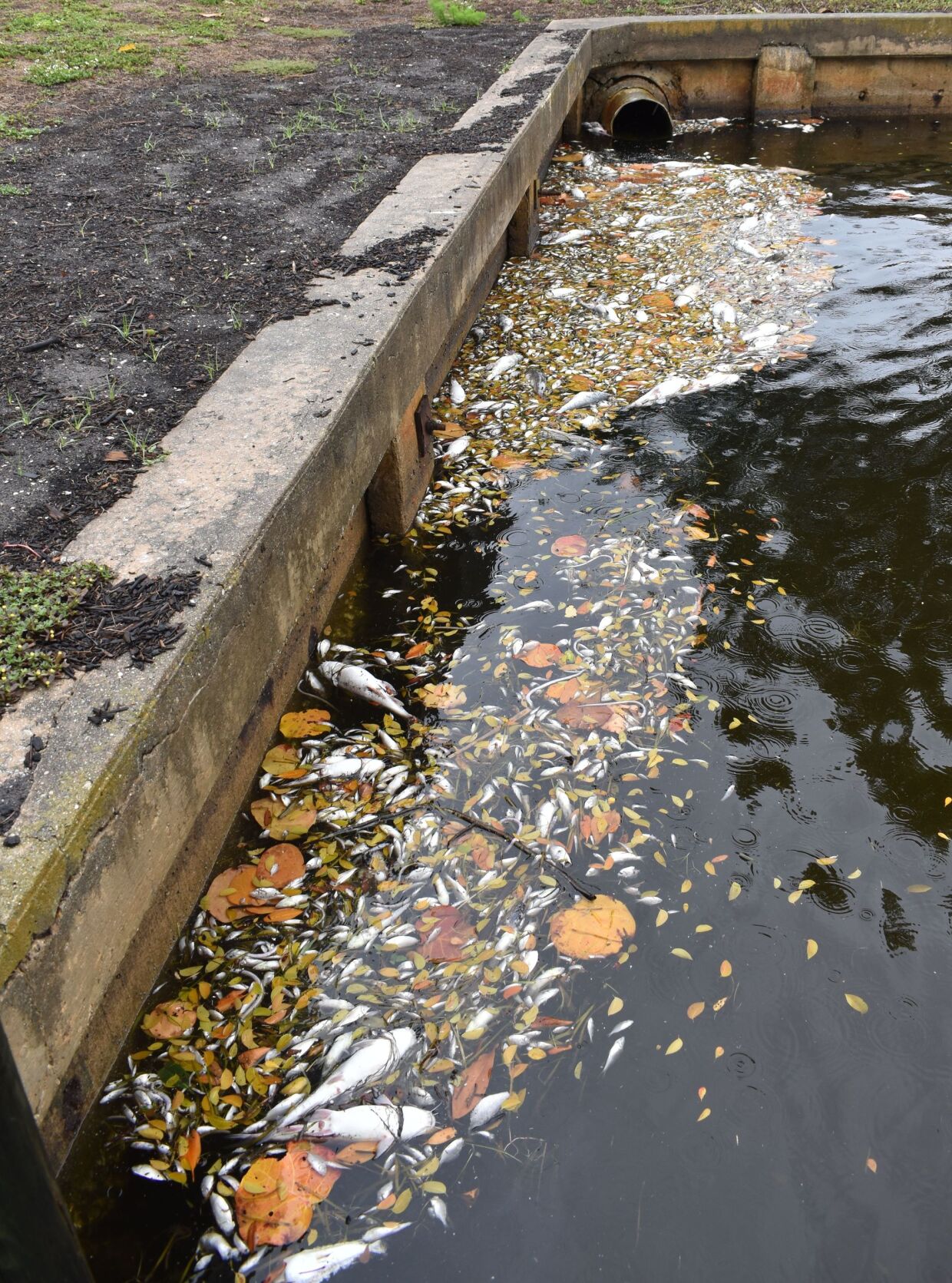 The canal behind the home of William and Shirley Ryan of Edgewater Drive shows several species of dead fish Tuesday morning. Behind the yard of 21675 Edgewater Drive. State officials say the culprit is a red tide algae bloom. 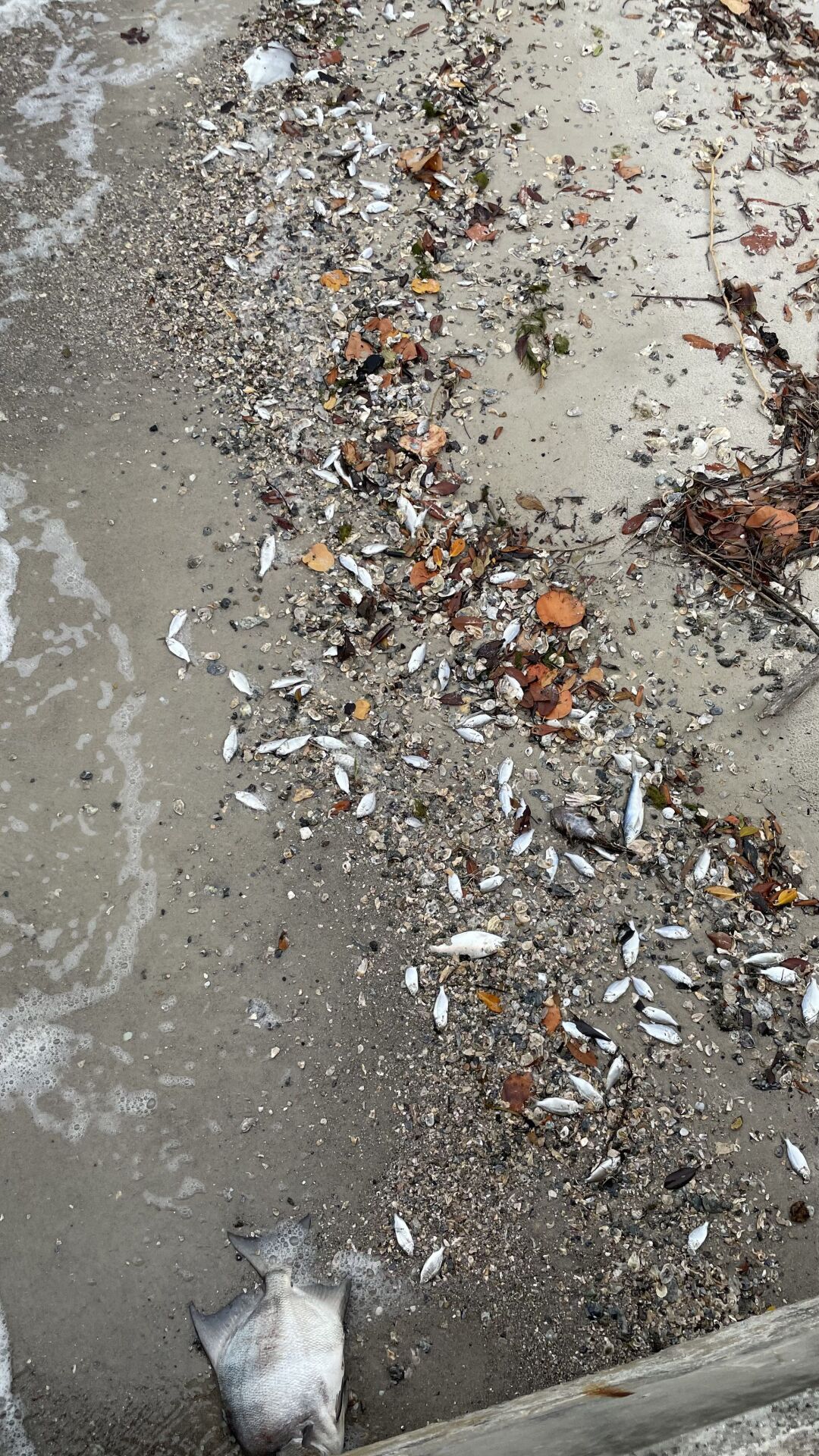 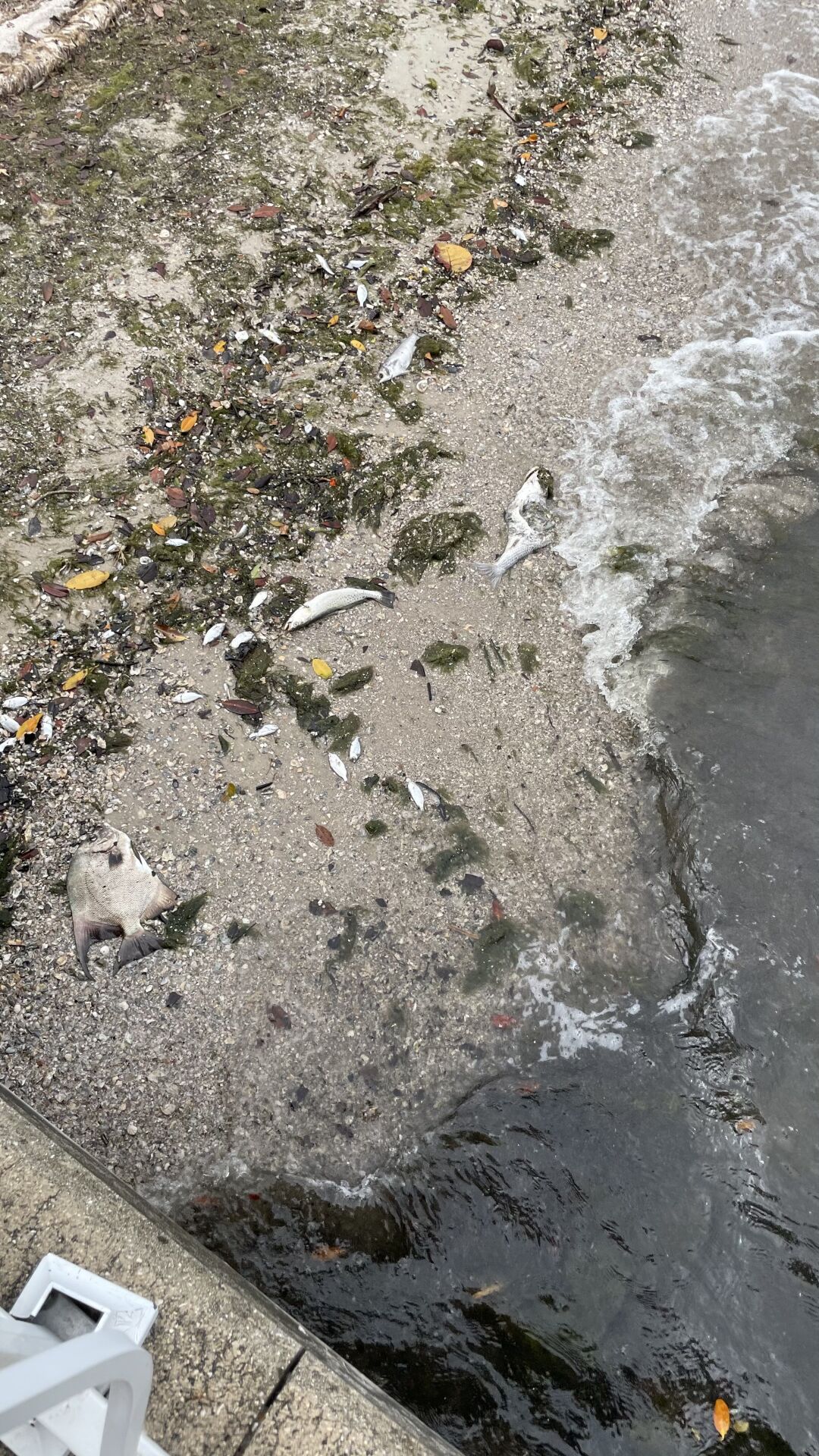 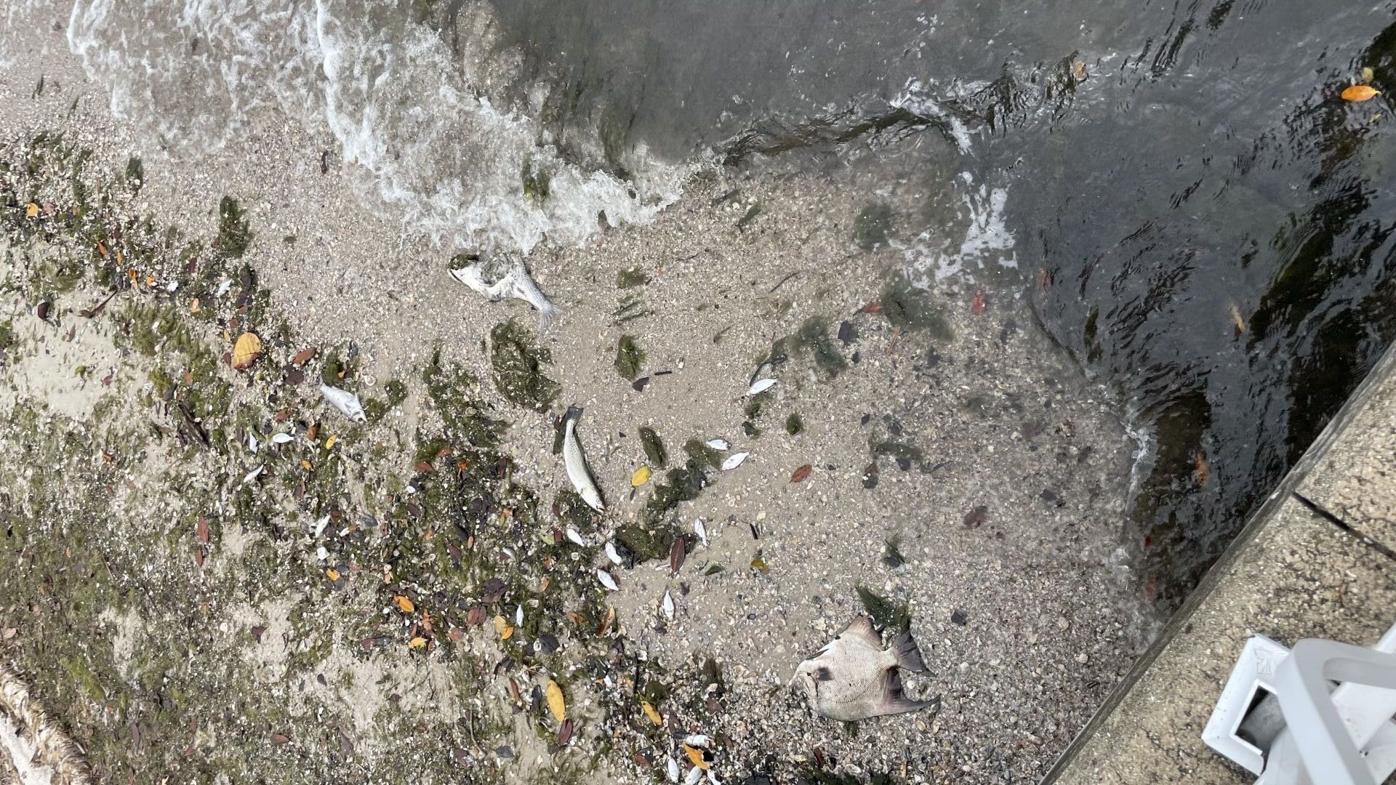 The canal behind the home of William and Shirley Ryan of Edgewater Drive shows several species of dead fish Tuesday morning. Behind the yard of 21675 Edgewater Drive. State officials say the culprit is a red tide algae bloom.

CHARLOTTE HARBOR — Dead fish are washing up throughout Charlotte Harbor.

The cause: toxic red tide algae.

Fish are showing up from the mouths of the Myakka and Peace rivers into Charlotte Harbor to the Port Charlotte Beach Complex and south to Gasparilla Sound near Placida and Boca Grande, where Charlotte Harbor empties into the Gulf.

“You can smell the dead fish, and we start coughing as soon as we go out back behind our home in Port Charlotte,” Grassy Point resident Michelle Bogan said in an email Tuesday. “There are a lot of dead fish washing up and floating in the harbor.”

A third sample, taken April 13 at Hog Island near El Jobean, between the mouths of the Myakka and Peace rivers, showed a low concentration of red tide, 10,000 to 100,000 cells per liter of water.

“While on the water, staff experienced respiratory irritation and they noted strong odors, which could indicate the presence of red tide in the area,” Brown said.

Samples taken in the Gulf of Mexico in recent days don’t show signs of the red tide algae off Manasota Key, according to the results of water samples posted online Tuesday.

However, water samples taken further north last week from North Jetty Beach in Nokomis to New Pass in Sarasota have turned up low and medium concentrations of red tide. No fish kills have been reported, along with some minor respiratory irritation.