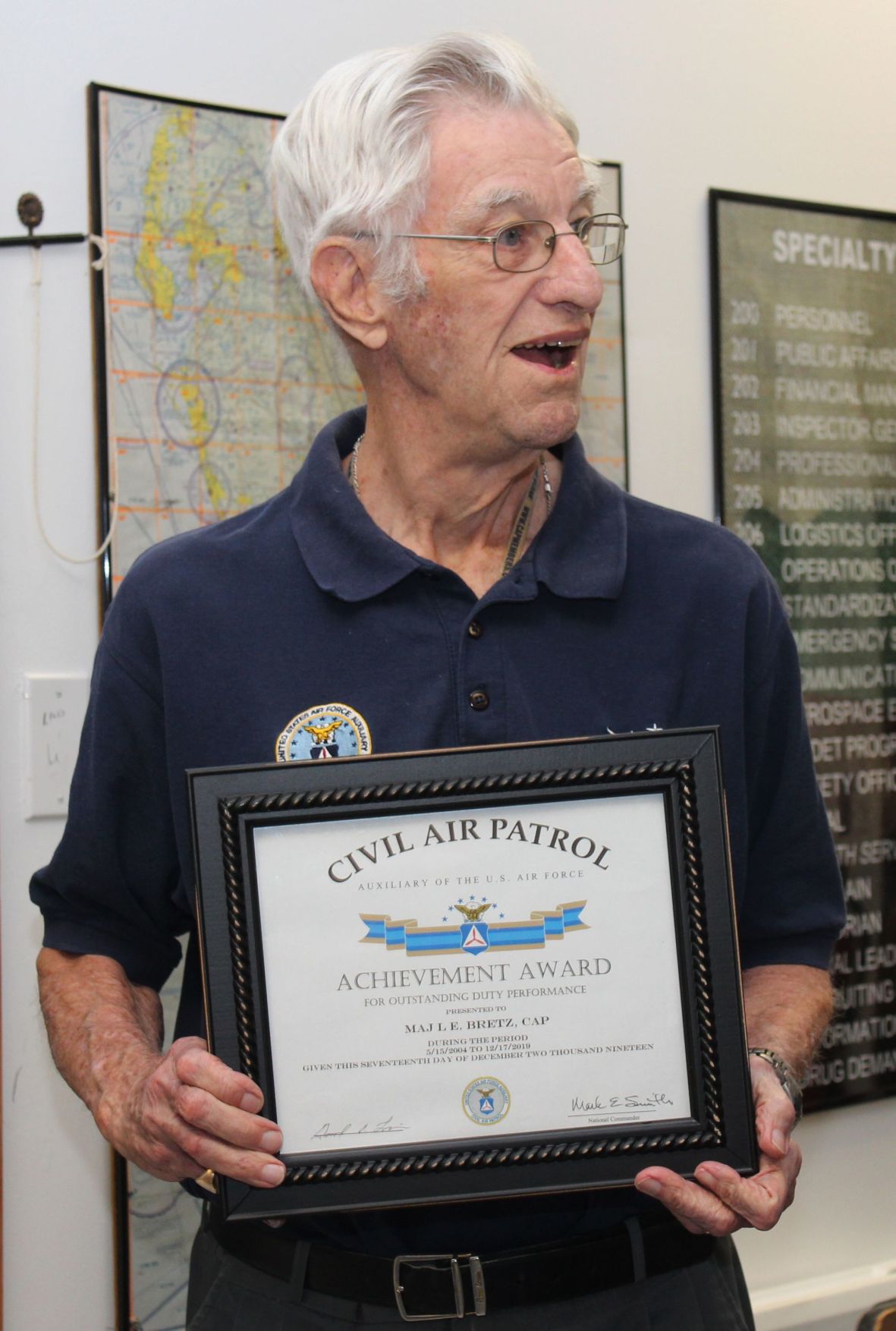 Major Earle Bretz has been the Public Affairs Officer for the Civil Air Patrol’s Charlotte Composite Squadron since 2004. He was recently presented with a Wing Achievement award by Commander Jerry Lewis. 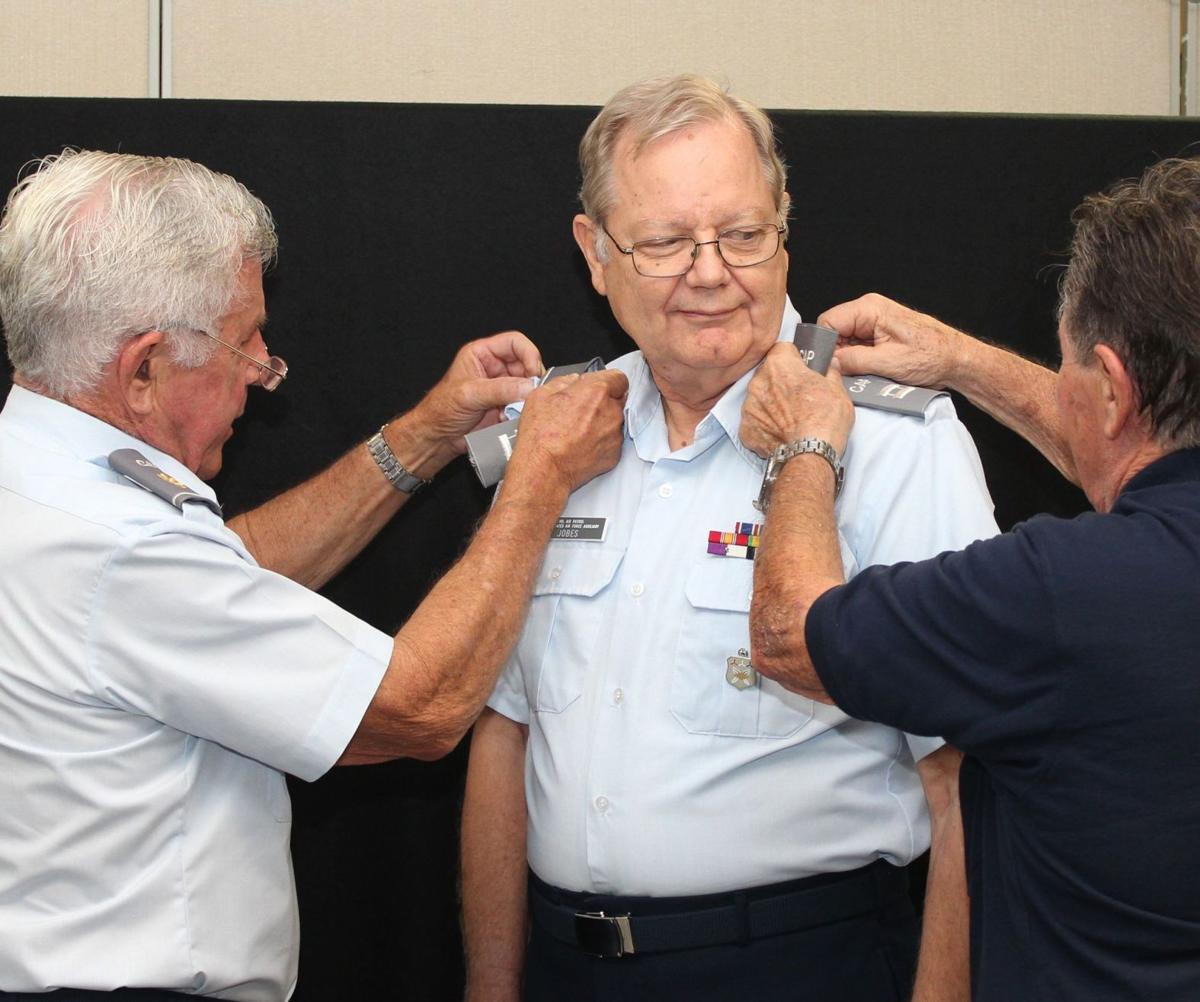 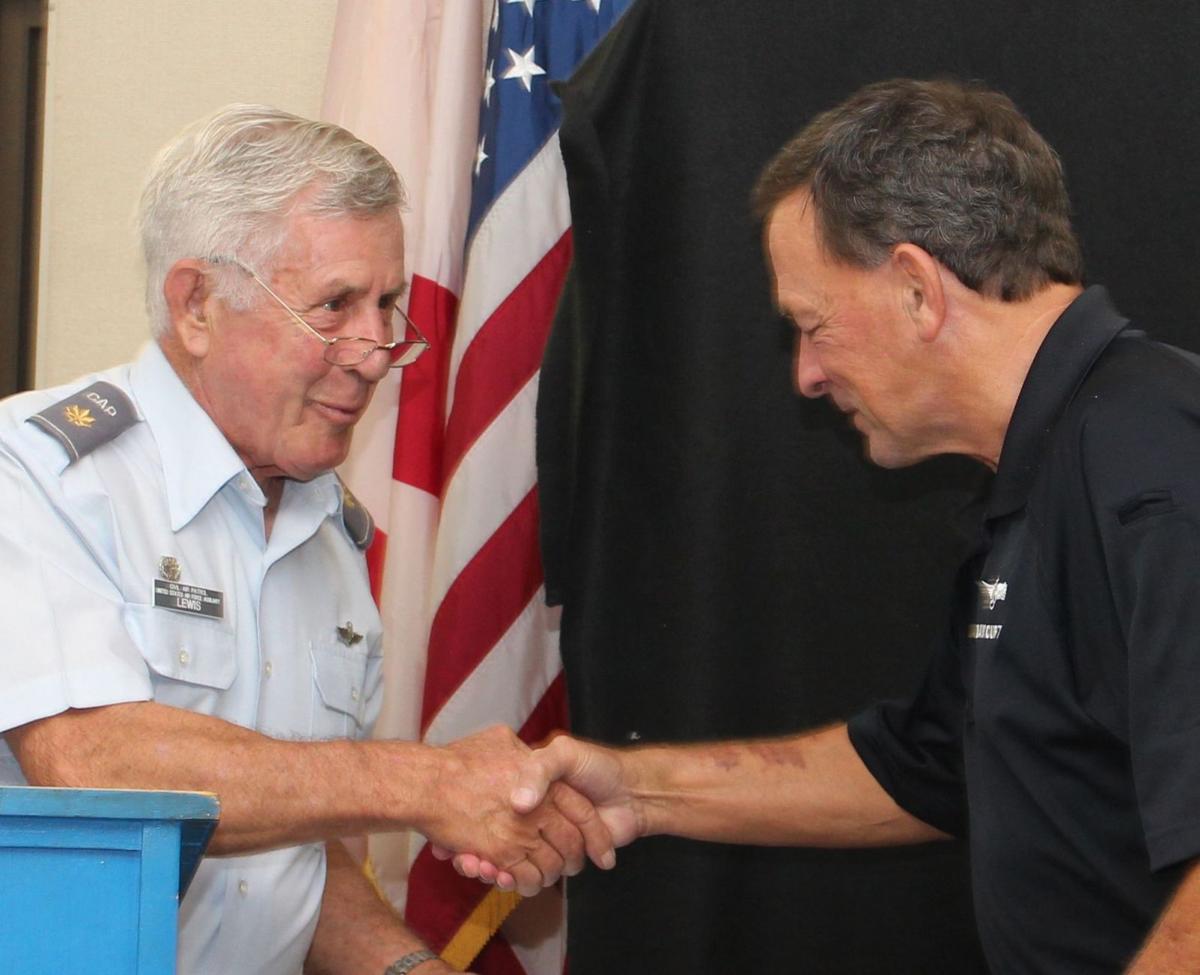 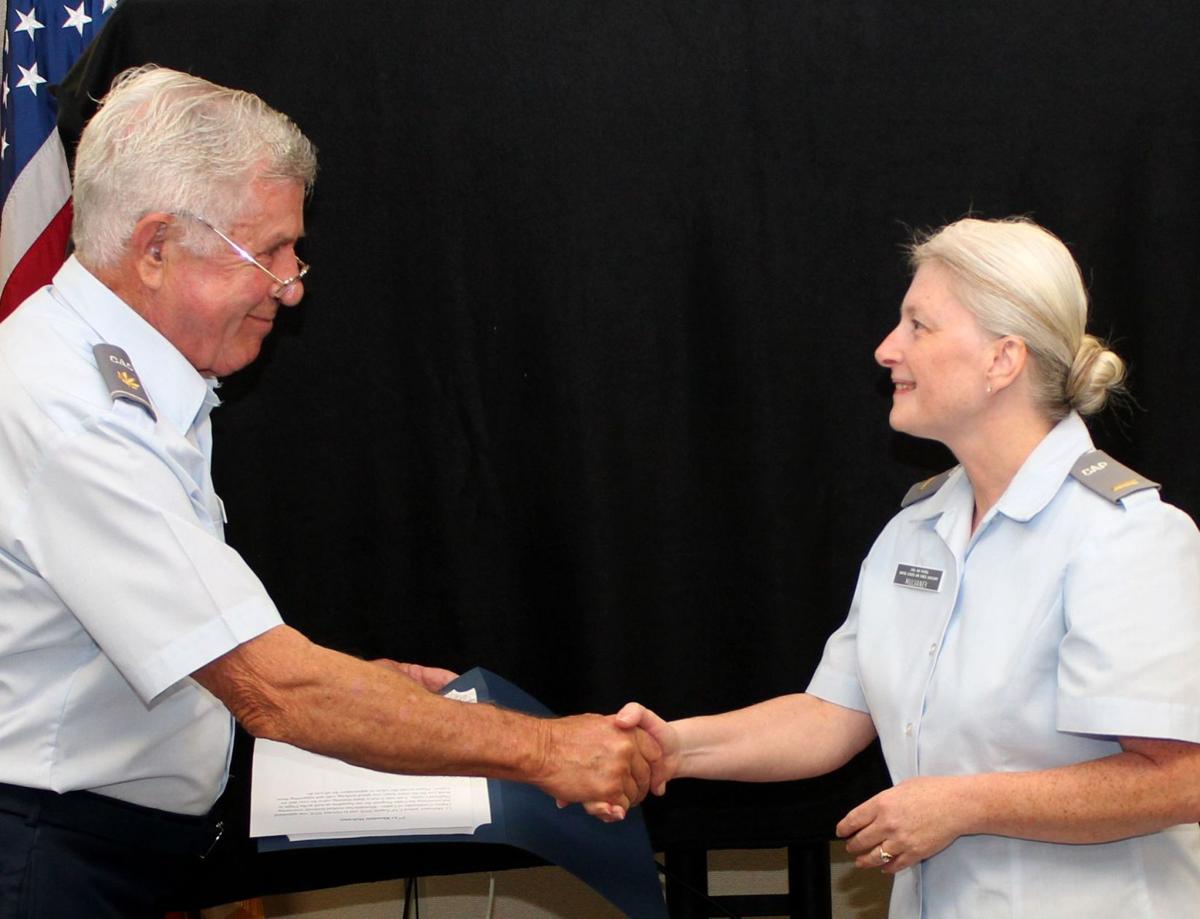 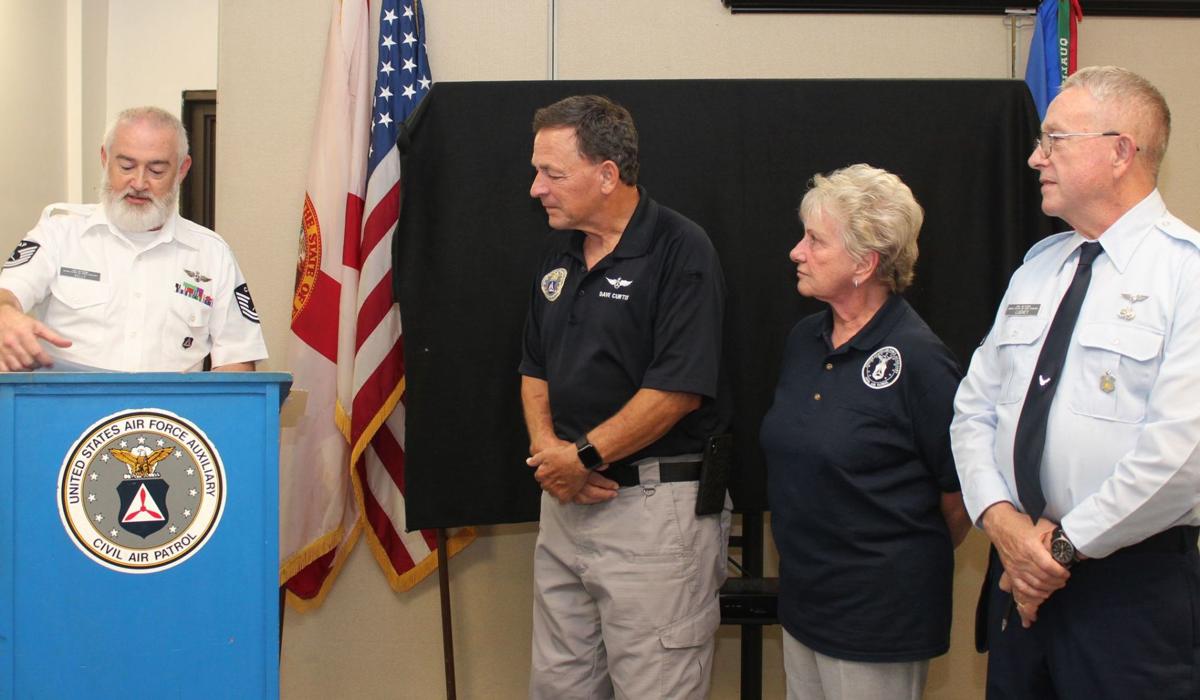 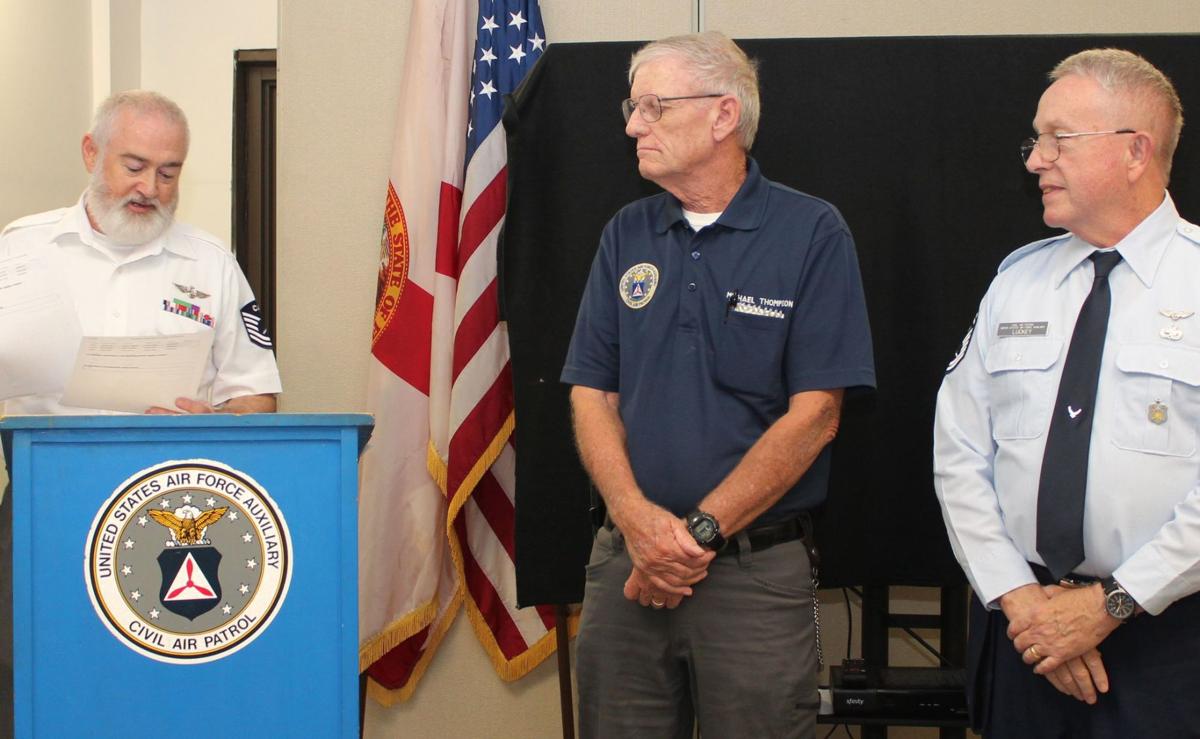 Major Earle Bretz has been the Public Affairs Officer for the Civil Air Patrol’s Charlotte Composite Squadron since 2004. He was recently presented with a Wing Achievement award by Commander Jerry Lewis.

Civil Air Patrol is America’s premier public service organization for carrying out emergency services and disaster relief missions nationwide. As the auxiliary of the U.S. Air Force, CAP’s vigilant citizen volunteers are there to search for and find the lost, provide comfort in times of disaster and work to keep the homeland safe.

Throughout the year members are recognized for their devoted efforts and volunteer service. At the last meeting of 2019 the following members received commendation achievement awards, the local Civil Air Patrol group based out of the Punta Gorda Airport, Charlotte County Composite Squadron FL-051, presented awards to members.

TSgt Kevin Kelly presented an award to the flight crew that found an Emergency Locator Beacon on a grass strip in Moore Haven. Aircraft ELTs broadcast on an emergency frequency and can often denote a downed aircraft. Luckily, this one had activated by accident. Receiving awards were Lt. Col. Dave Curtis, 2nd Lt. Charlotte Rosati and SMSgt. Steve Luckey.

Kelly presented a Wing Commendation to 2nd Lt. Michael Thompson and SMSgt. Steve Luckey for replacing a rusted VHF antenna, which is critical for communication, on the squadron building.

Squadron Commander Maj. Jerry Lewis presented a Certificate of Appreciation Award to 2nd Lt. Rhondala Mulvaney, Assistant Deputy Commander for Cadets, for all her hard work in managing the cadet program at Charlotte County as well as the satellite Highlands County Squadron.

Commander Jerry Lewis then presented a Certificate of Appreciation to Lt. Col. Dave Curtis for taking on the responsibility of Emergency Services Training for the Squadron as well as the Group 5 Training Officer, Operations Officer, and Alerting Officer.

Capt. Tom Jobes joined CAP in 2011 and has been serving as the Squadron Finance Officer, with a Master rating in his specialty track. Captain Jobes also serves as the Group 5 Finance Officer and is on the Florida staff as an Inspector General. He received the Wing Commanders Commendation Award and has recently completed Level IV of the CAP professional development program which includes receipt of the Garber Award. This also includes a promotion to major.

Maj. Richard Morrell was awarded a Certificate of Appreciation for his many years of training members in flight operations and emergency services. He serves in various Group 5 capacities and has been instrumental in training pilots.