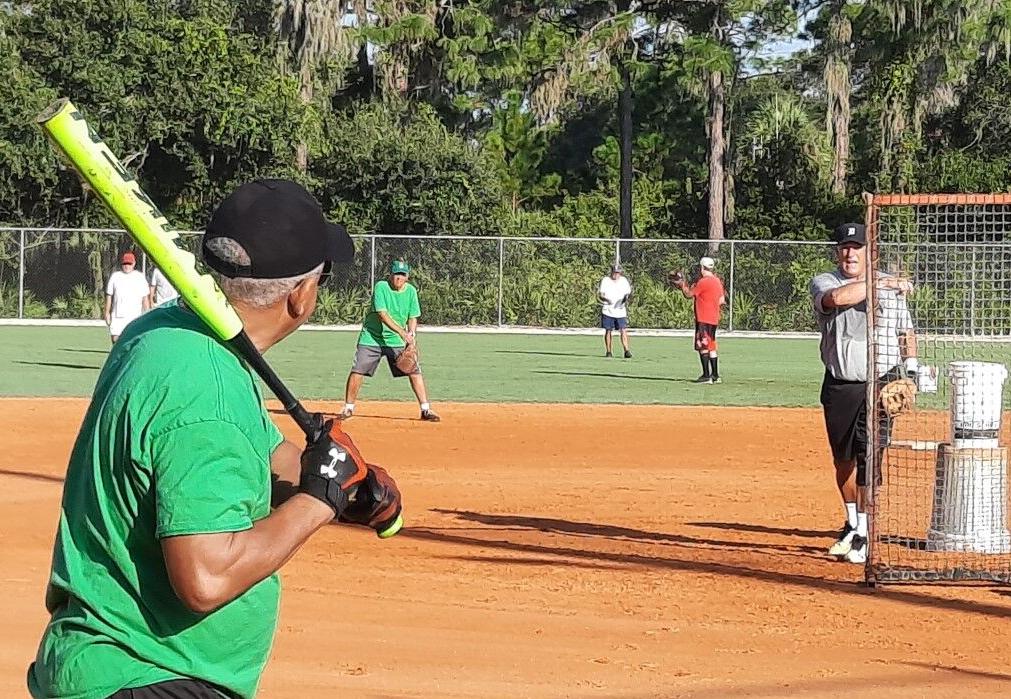 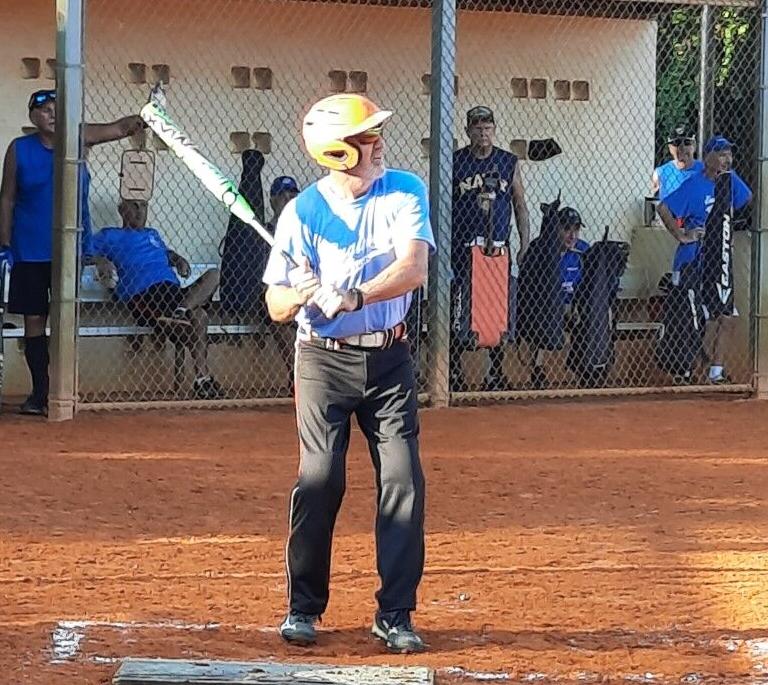 The leaves are turning and the snow is about to fly up north, but not here on the Suncoast.

Following a 2020 Winter season abruptly canceled in mid-March by COVID-19, the Englewood Men’s Senior Softball League is back at it, with a brand new Fall season. Games are in progress already.

With the re-opening of the fields and a player protection protocol in place, the second year of the spring league occurred in April.

“It was a short, but competitive and fun Spring season,” said Hans Picinich. “We had 40 or more guys showing up to practice all summer long — more than we’ve ever seen during the summer.”

The use of two fields for practice helped with social distancing.

The Englewood Senior Softball league has moved in to full swing with the Fall season underway, comprised of six teams, an increase of two teams from 2019. In addition, for those not on a team, open practice sessions are 8 a.m. Mondays, Wednesdays and Fridays.

“The success of the Fall season is impressive and gratifying,” said Mark Johnson, newly appointed commissioner of the league. “The six-team rosters filled quickly and there were nearly enough guys on the ‘sub’ list to form a seventh team. I can see the fall league expanding to eight teams next fall.”

Going in to its 29th year, the league continues to attract players from Englewood, North Port, Venice, Rotonda, Boca Grande and Port Charlotte. The mission is to create an opportunity for men over 60 to play recreational softball.

Despite the number of returning players, the past several years have seen the league focus on recruiting.

2019 was also the first year for the Bronze division, a new division for those over 80 or with otherwise diminishing skills. Johnson anticipates that the Bronze division will expand from two teams to three or four, and the Gold and Silver divisions may expand to nine teams from eight to accommodate more players.

The typical new player is one who hasn’t played in some time, and has moved to the area, though many new players have played in summer leagues “up north.” The practice sessions, which run through the end of December, gives players a chance to refresh their skills, and prepare for the draft.

“The skill level ranges from first timer’s to more advanced players, with one common goal … get some exercise and have some fun,” said Johnson.

The league has moved to a divisional alignment based purely on skill level. Following the draft, teams play a 21-game schedule, plus an end of season tournament.

This year’s draft is Jan. 4 for the Gold division, Jan. 5 for both Silver and Bronze, with registration required. Picinich notes that the Spring and Fall leagues, still in their infancy, do not yet have a formal draft, and teams are formed to create similar levels of talent so as to keep the games competitive.

The league is supported by local businesses that sponsor the teams, and the list is growing.

“We are very grateful, and loyal, to our sponsors. It helps to supply teams with jerseys, equipment and the cost of renting the fields from the county,” says Johnson. And, the nearly 300 players and their fans frequent those businesses all year long. “It’s a symbiotic relationship, for sure.”

The league plans to keep its player protection protocol in place for as long as necessary. “We’ve implemented elements that help to promote social distancing, and to help keep contact between players and fans alike to a minimum. We try to minimize the number of guys in the dugout when batting, will be reserving a portion of the stands for players only, eliminated the after game handshake between teams, and we’re adding time between when games end and start so that the field area can be cleared by the teams finishing before the teams about to play take the field,” Johnson reports.

“Camaraderie is a big part of the league, and we all will miss that aspect of it, but given the circumstances we find ourselves in, this is the right thing to do,” says Davis. “We all want to be able to play a full season, though I’ll admit, it, I’m gonna miss that post-game handshake.”

Until the draft, its practice, which is open to anyone who will turn 60 or older during 2021. Practice sessions are held on Adult Softball fields 1 & 2, and Soccer field four when the numbers require it.