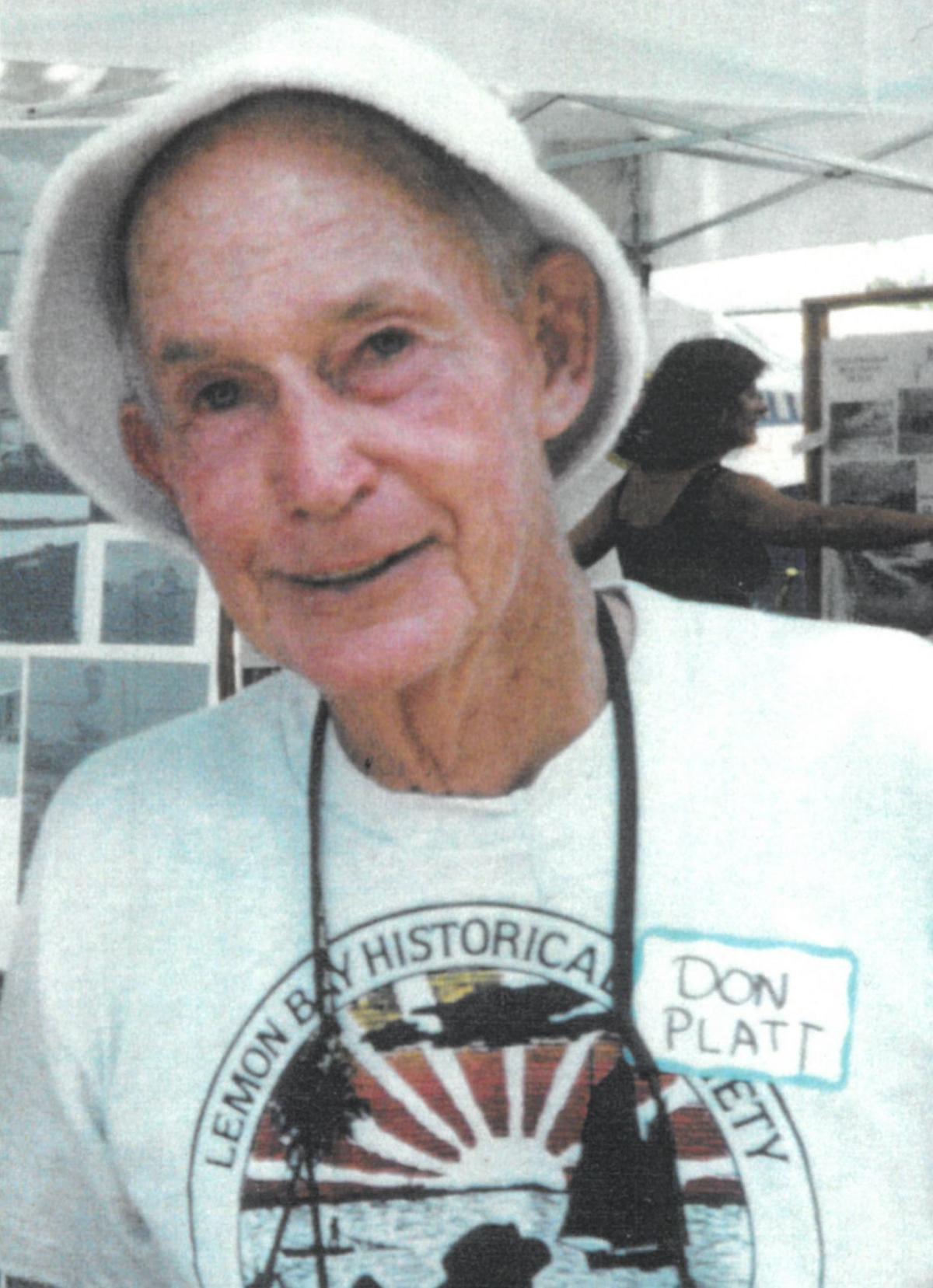 There are many Native American middens or mounds located in our area. Some were simply trash mounds and, when excavated, huge amounts of fish bone and shell remnants have been found, attesting to the fact seafood played an important role in the diet those early people.

They obviously had access not only to unlimited types of fish, but also to clams, conchs and other shellfish. It’s obvious that Lemon Bay teemed with rich sea life, even centuries ago.

When our early pioneering families started arriving, most tried their hand at farming. But they were quick to discover they could supplement their diet with easily caught seafood, both fish and shellfish, because of the bounty of Lemon Bay.

Here are some remembrances about the incredible shellfish richness of Lemon Bay from early residents all who said they were born and raised on seafood.

L.A. Ainger was born in Englewood in 1915. “I spent a lot of time on the water when I was growing up. Oh, Lemon Bay, it was a beautiful body of water. Oh yeah, I’m telling you the bay was just alive with creatures. The water was clear as glass. You could see the bottom of the bay anywhere you went. You would see blues and stone crabs and horseshoe crabs.

“And sometimes the scallops would come in the bay. Pretty soon, everybody in town would hear about the scallops and they would be out on the flats getting ’em.

“The water was so clear you could see through it and just pick ’em up. We could get a bucket full in no time.”

“From 1929 to 1945 I lived with my family in Placida,” Betty said. “My dad was a commercial fisherman, so we always had fish. But besides that, when I was young we could just go out anytime we wanted and get No. 3 washtubs full of clams, oysters, scallops, stone crab claws. But my dad always said about the crabs, ‘Don’t ever take but one claw. Leave one there for the crabs to feed themselves with.

“When we were kids, we didn’t have much of anything else to eat. We didn’t realize the seafood we were eating was just about the best food you could get. Looking back, you could say we ate pretty well, thanks to all the seafood we could get for nothing.”

In the 1930s Larry Evans, as a child, lived on Palm Island and later in Grove City. He said, “Lemon Bay provided us with just about everything we needed to eat. Not just fish — shellfish was so plentiful — I could gather a half bushel of scallops and never even get wet. Within 100 yards of shore, I could get a boatload of clams. You could say in those days, most of us lived off not just the land but the bay, the local waters.”

“I used to have a paper route, the Sarasota paper, that was long before we had a paper here in Englewood,” Platt said. “This was in the 1930s, before the war. Not many took the paper, it was considered pretty expensive, so I made my real spending money by getting scallops and clams and selling them. People were always waiting for me to deliver scallops along with the paper. I could sell all I could get.”

Bernie was 9 when he and his family arrived in Englewood in 1934. Bernie remembered his dad caught all the fish they needed, but he gathered shellfish his mother liked to cook. Chilly weather was the best time for oysters, and summer was scallop time, he said. He remembered gathering coquinas, at low tide on the beach. His mother made a tasty broth from the tiny colorful clams, adding a bit of salt and pepper and butter. She also used the broth as a base for other dishes.

Jack first visited our area in 1939. He remembered, “There was an abundance of scallops when I was 10 or 11 and you could find plenty of shrimp up in the sea grasses of the bay. The water clarity was perfect. You could see 12 to 14 feet down.”

The Conway family lived in Placida in the 1940s. Owen Conway remembered collecting oysters, scallops and clams. “Opened and shucked, they would sell for 50 cents a gallon, mostly to the tourists ’cause the locals didn’t have any money. All the young boys were always out hunting and gathering frog legs or crabs or whatever they could sell to make a few dollars. During tarpon season I used to catch tarpon bait — little crabs — in Coral Creek. I got 35 cents a dozen from people going over to Boca Grande to tarpon fish

Lemon Bay, the Gulf and the local creeks were the biggest contributors to our early pioneering family’s dinner tables. They were virtually seafood markets brimming over with a variety of fish, clams, crabs, scallops and oysters. It’s hard to imagine how those brave early settlers would have managed without the huge amount of seafood that was here just for the taking.

Diana Harris is a Sun columnist. Her book, “Englewood Lives,” is available for purchase at the Englewood Sun office, 120 W. Dearborn St. She can be reached at diharris@comcast.net.