You are the owner of this article.
Edit Article Add New Article
I want to
Publications
Subscribe
Homes for Sale
Cars for Sale
Jobs
Classifieds
E-Paper
News Archives
App
Public Notices
Your Newspapers
Contact Us
1 of 2 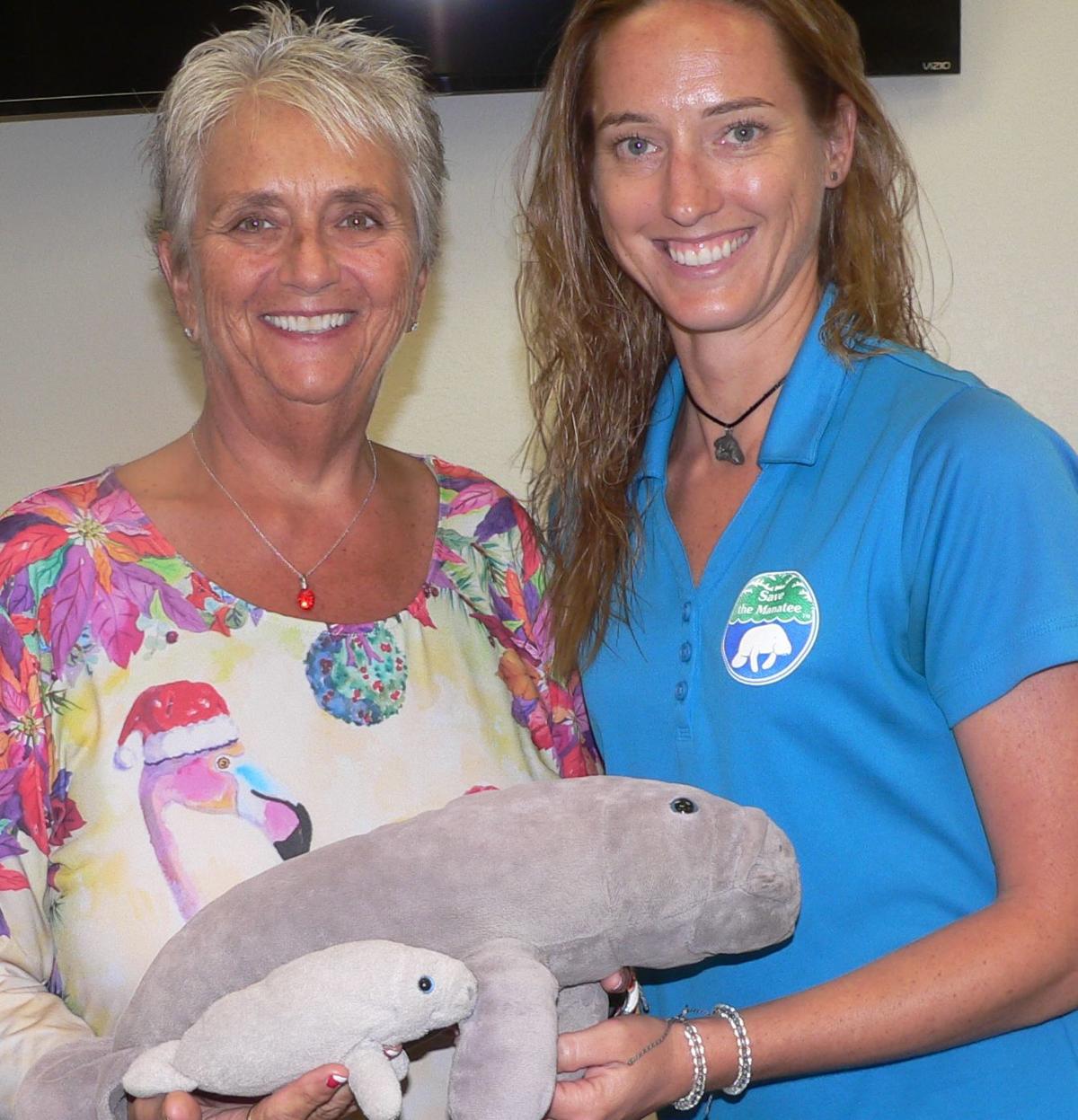 Cora Berchem, right, shows Rotonda West Wildife Committee member Debbie Yeager the stuffed animal that led to her career with Save the Manatee. 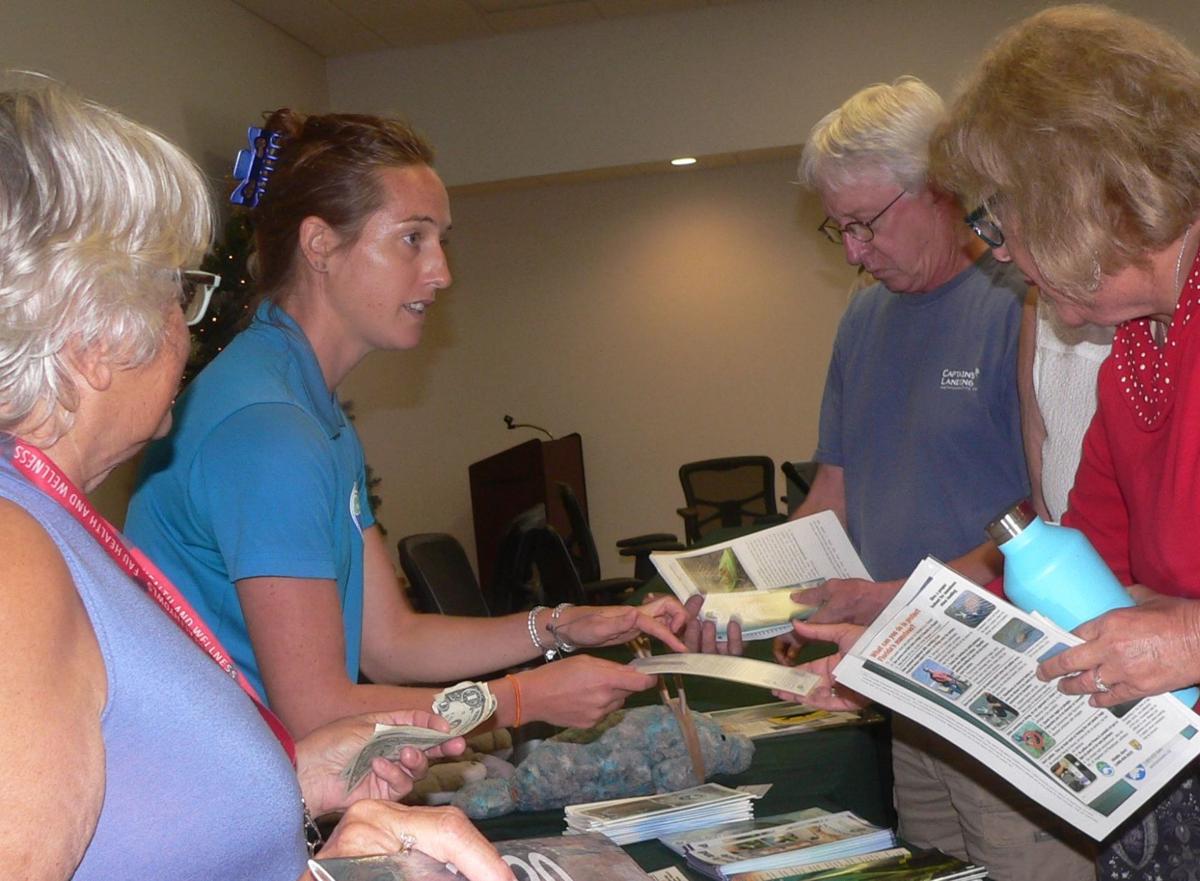 Cora Berchem, right, shows Rotonda West Wildife Committee member Debbie Yeager the stuffed animal that led to her career with Save the Manatee.

Many of us never forget the first time we saw a manatee.

That was certainly the case for Cora Berchem.

“I was living in New York working at a television studio. When I saw my first manatee I said, ‘What is it?’ I never saw anything like that,” she said.

While many share that reaction, the unusual part of Cora’s experience is that it took place in a hotel room.

The manatee that captured her attention was only a stuffed animal.

But it can be said that the stuffed manatee changed the course of her life.

When she saw her first live manatee, it was an unforgettable experience. “At first I just saw the snout as it came out of the water. I was totally captivated,” she said.

Her keen manatee fascination led her to use her filmmaking experience to make the film, “Before It’s Too Late,” a documentary about Florida’s endangered manatees.

Because of her fascination with manatees, she moved from New York to Florida. She did volunteer work at Blue Spring State Park while she completed the advanced Florida Master Naturalist program through the University of Florida.

Her volunteer work and dedication to manatee earned her a full-time position as manatee researcher and multimedia specialist with the Save the Manatee Club.

As part of her efforts to educate the public about protecting manatees, Cora gave two interesting presentations at the Rotonda West Community Center.

Hosted by the Rotonda West Wildlife Committee, the manatee session was met with an enthusiastic response from the audience, as Cora shared interesting facts about the gentle giants sometimes called sea cows.

Weighing about 70 pounds at birth, a manatee can grow to as much as 1,200 pounds, she noted.

“But manatees are not to be feared. They couldn’t bite if they wanted to because they have no front teeth,” she said. “They are definitely social animals and will often approach a kayak or boat.”

Because they move slowly, some think they are not intelligent, but Cora said research shows they are just as intelligent and trainable as dolphins.

Many local boaters and kayakers often see manatees, if they’re lucky enough to be in the right spot at the right time.

Kayaker Debbie Yeager, who arranged for Cora to give the Rotonda presentations, said she recently had an exciting day on the water in Cape Haze where she had close encounters with manatees and dolphins.

Even with all their bulk, manatees only have a one-inch layer of fat.

“That means they can’t tolerate water colder than 72 degrees. When it gets colder, they will be on the move to warmer water,” she noted.

That’s why now is the perfect time to observe manatees as they congregate together in warm waters, especially if you’re willing to travel a bit.

The closest place Cora recommends is the power plant at Lee County Manatee Park near Fort Myers, where visitors can rent kayaks and glide among dozens of the fascinating giants.

There is also an observation area directly above where the manatees hang out.

A nearby place to enjoy watching manatees is Mote Marine Aquarium in Sarasota. When I first visited Mote, I stood transfixed, unwilling to move away from the fascinating manatee.

No matter how many times you see a manatee, it’s always exciting to see the next one.

Want to know what you can do to protect manatee? Go to savethemanatee.org for more information.

Pattie Mihalik is a regular columnist for the Sun. Contact her at newsgirl@comcast.net.