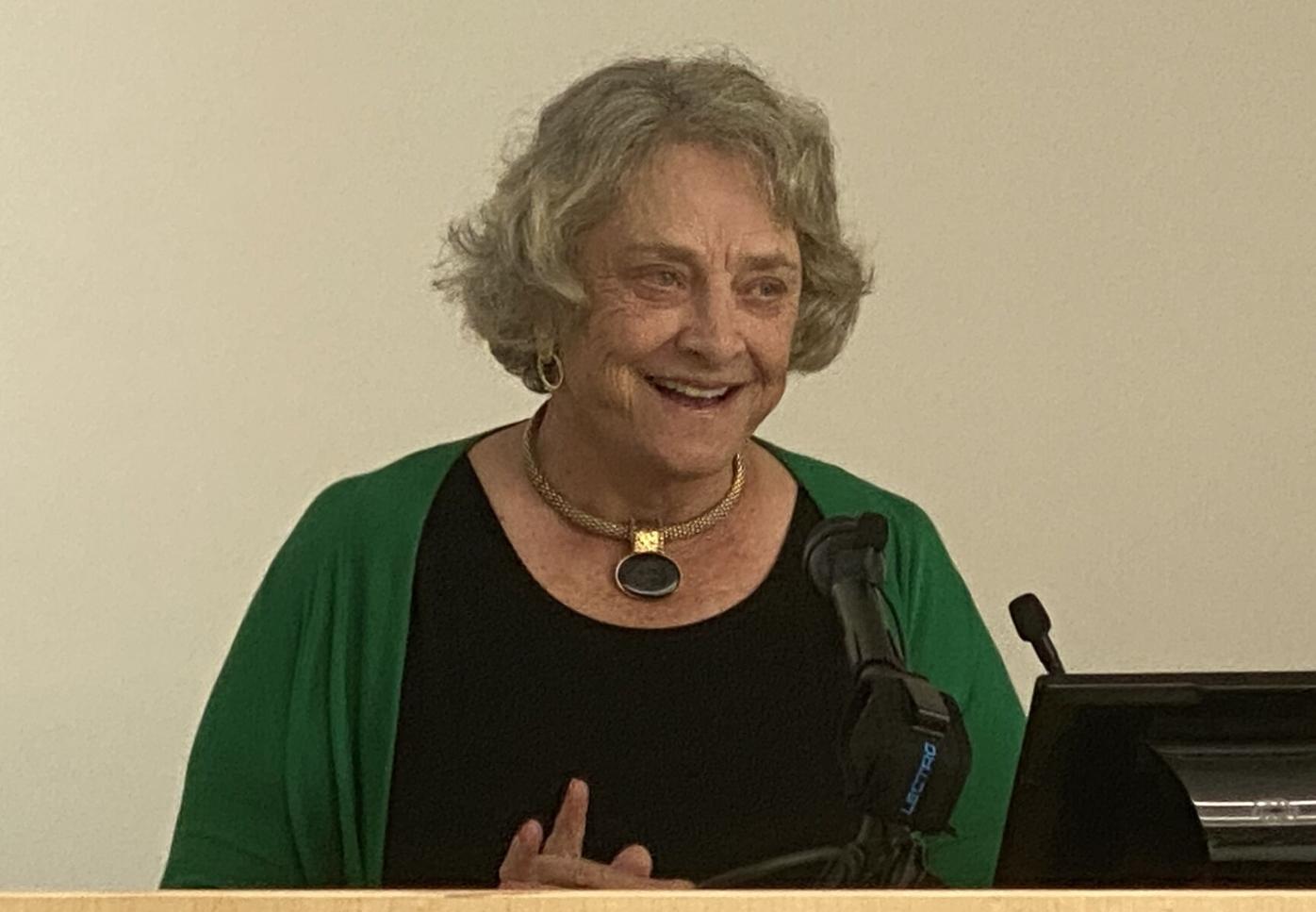 County Commissioner Nancy Detert said that with the naming of the Children’s Wing and Garden after her, Sarabeth Kalajian’s Venice library career had come full circle. 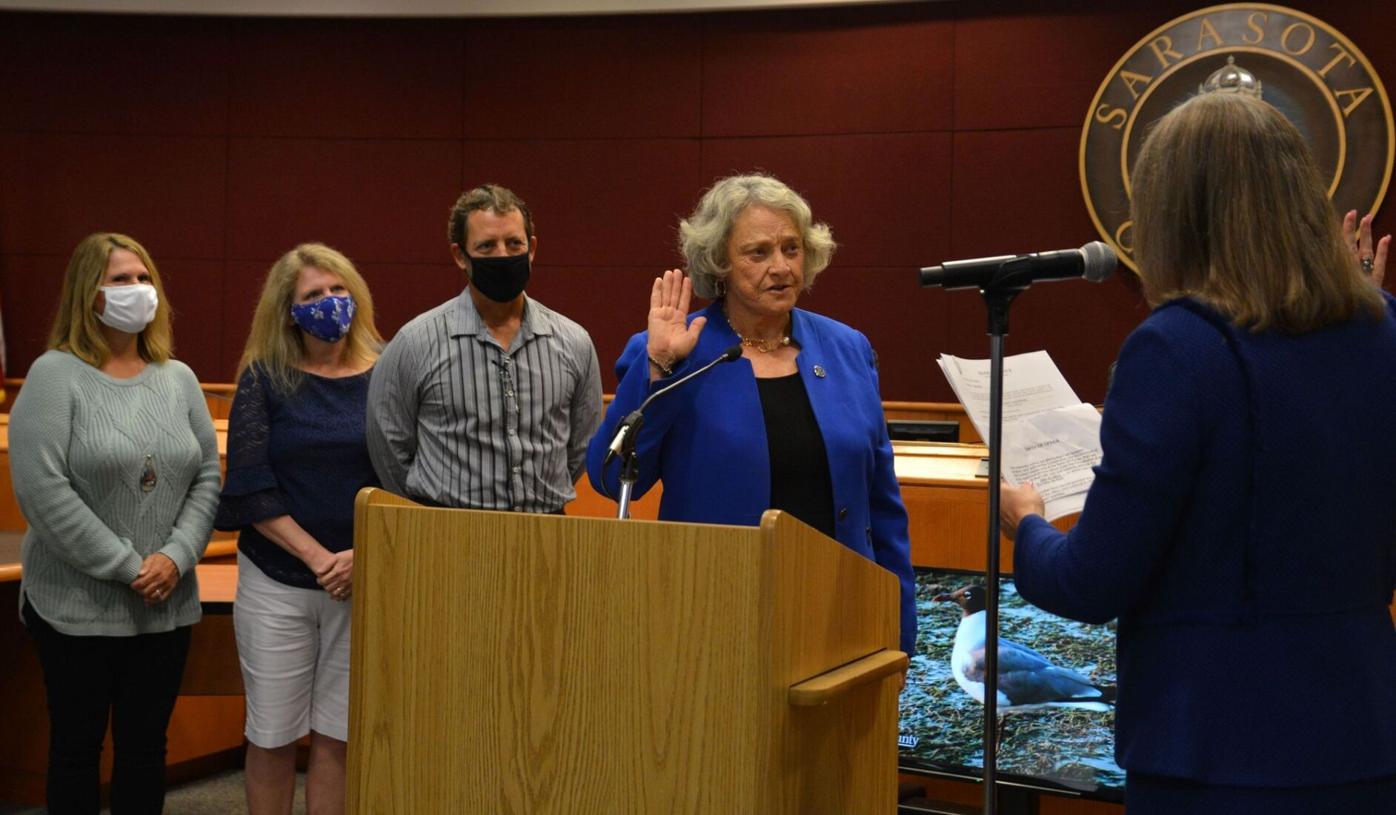 Re-elected Sarasota County Commissioner Nancy Detert takes the oath of office as administered by Chief Judge K. Bonner of the 12th Judicial Circuit, as her family members watch on Tuesday.

County Commissioner Nancy Detert said that with the naming of the Children’s Wing and Garden after her, Sarabeth Kalajian’s Venice library career had come full circle.

Re-elected Sarasota County Commissioner Nancy Detert takes the oath of office as administered by Chief Judge K. Bonner of the 12th Judicial Circuit, as her family members watch on Tuesday.

SARASOTA — Anyone watching the first two commission meetings this year noticed the absence of Commissioner Nancy Detert. At the time, Commission Chairman Alan Maio merely indicated that Detert was feeling “under the weather.”

A “little under the weather” turned out to be a positive test for COVID-19.

Taking a moment of personal privilege at the start of the Sarasota County Commission meeting Tuesday morning, Detert explained that she felt it necessary to share her experience.

At the start, she thought she had a cold and decided to stay away from the meetings so she wouldn’t pass it along. She also canceled her son’s birthday party for the same reason.

But as her mild symptoms continued, she debated getting tested for the virus and finally decided to do so, driving up from Venice to the Sarasota County Kennel Club near the airport. By the time she returned to Venice, she had her results.

“I am just suggesting that everyone, even if you have mild symptoms, still be tested,” Detert said. “It’s fast and easy, and I think you would be very impressed with the great job the county’s doing and all the people who worked up there.”

Detert added that learning she’d contracted the virus was a “startling experience” for her. “If I hadn’t (gotten tested), I would have been walking around and passing it along to whomever.”

The experience also impressed her with the measures being taken to limit the spread of the virus.

“Wear your mask, keep social distancing and be grateful we have a vaccine and it will get here eventually,” she said.

Detert, along with Commissioner Ron Cutsinger and Maio are all in the targeted population of 65-plus to receive the vaccine. Maio took pains to emphasize that none of them had “jumped the line” and had not been vaccinated.

Commissioner Christian Ziegler and his family quarantined for a brief time last summer after being exposed to a family friend who had the virus.