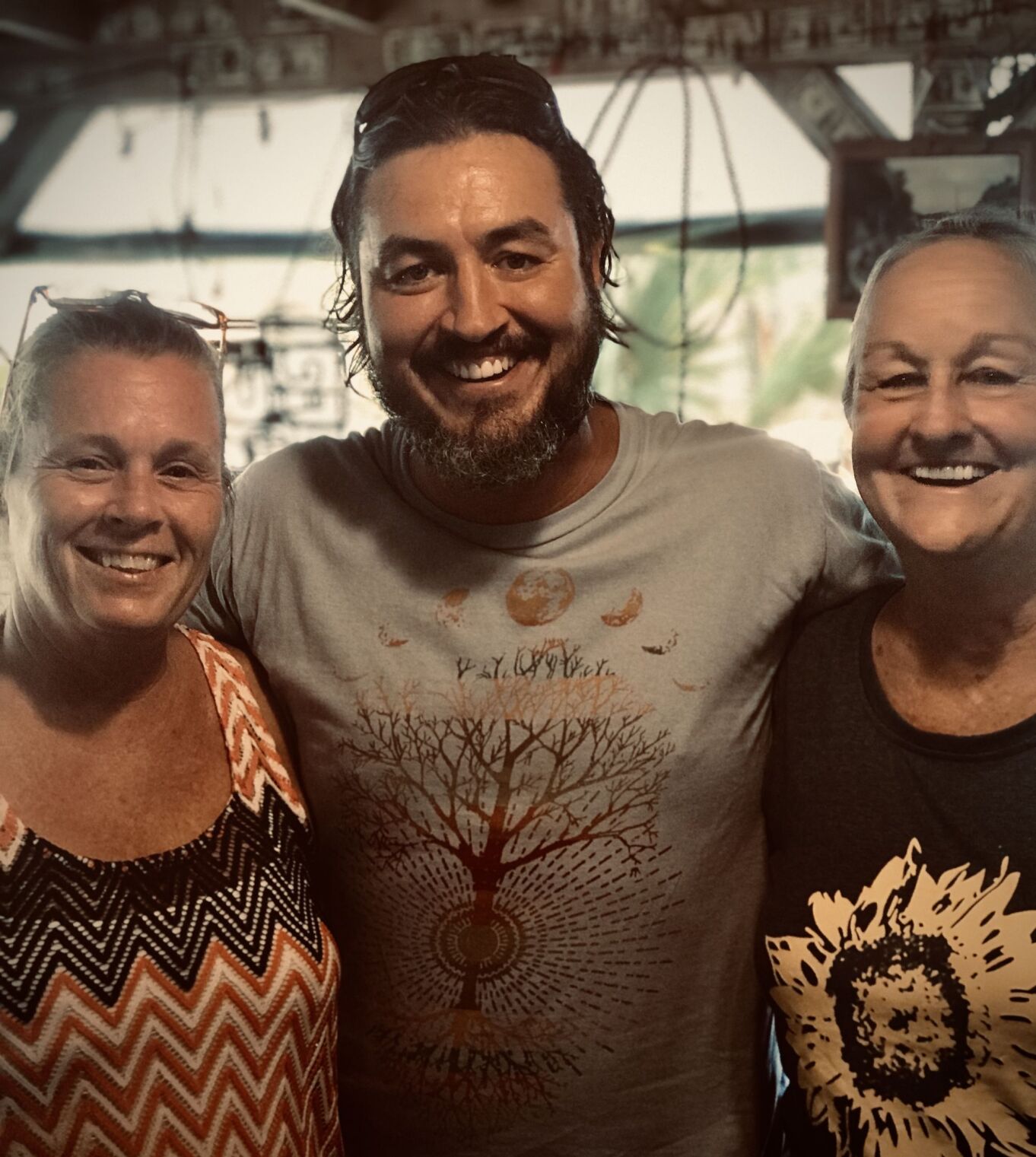 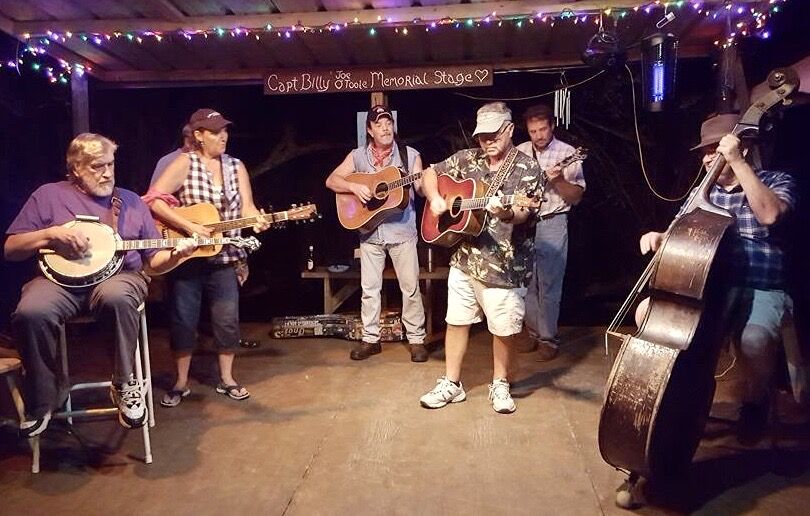 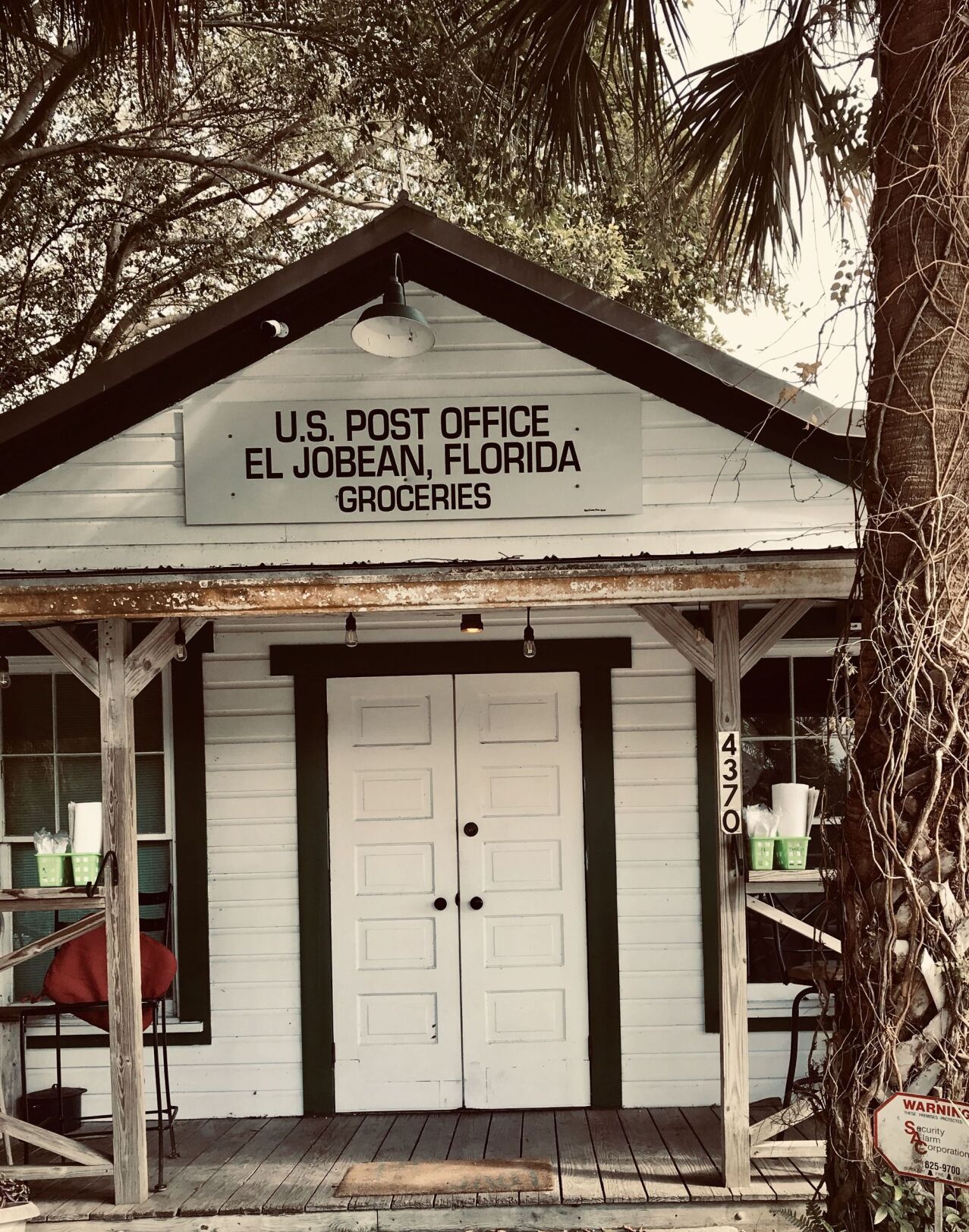 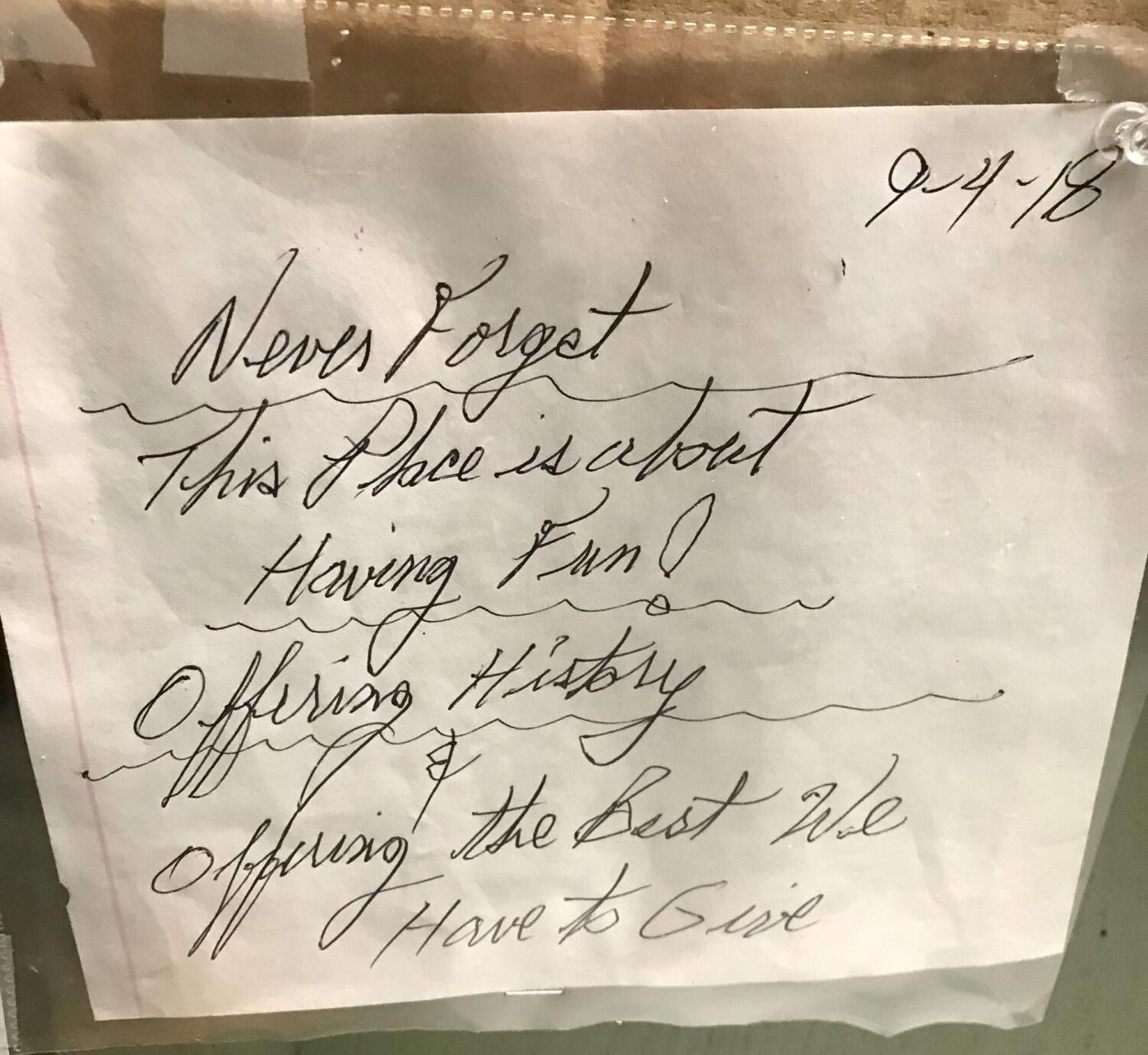 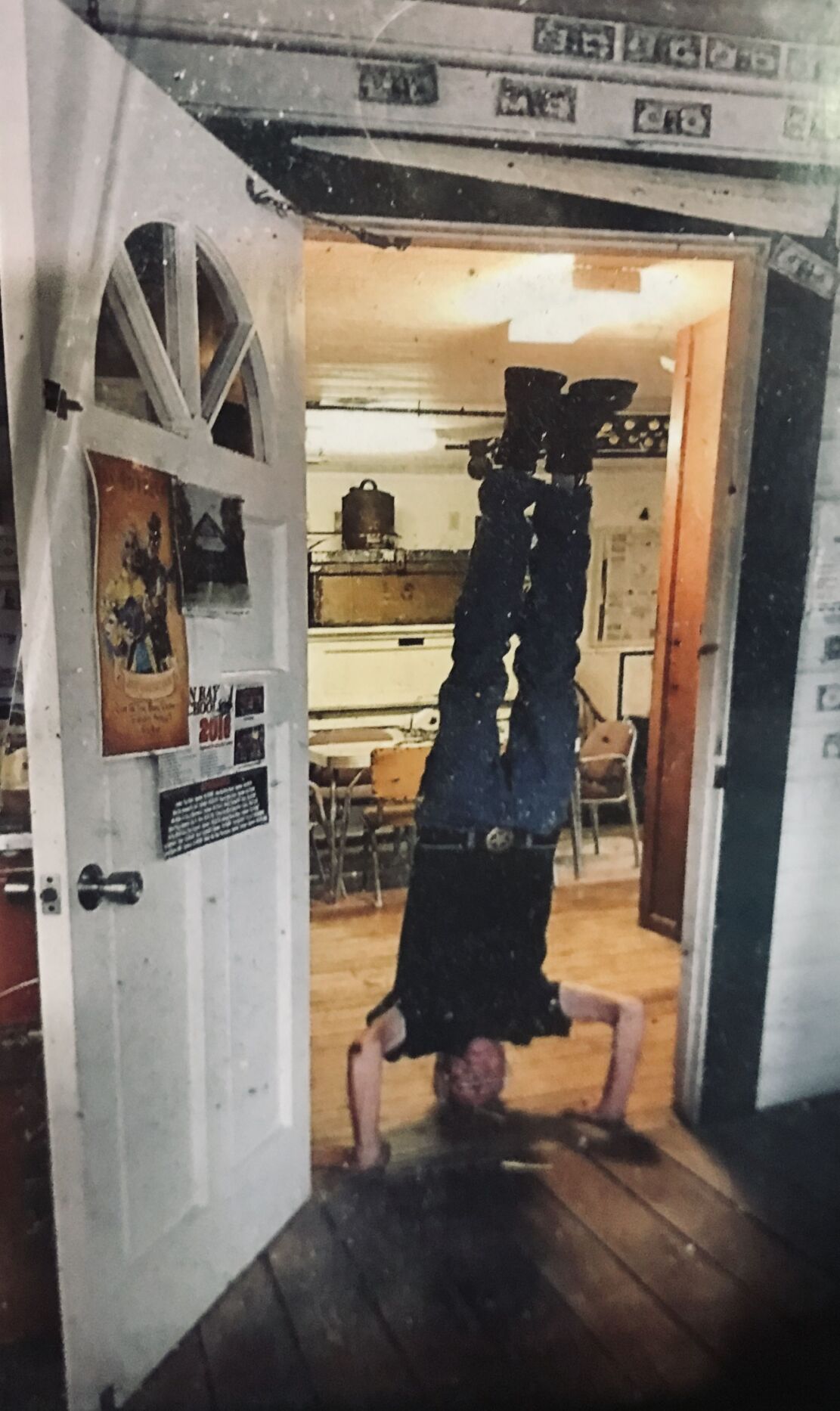 Late proprietor Tim Berini was famous for doing headstands in the museum doorway. Don Berini has stepped into his father’s shoes but doesn’t plan to do headstands anytime soon. “I think that’s Pop’s legacy more than mine,” he demurred.

Late proprietor Tim Berini was famous for doing headstands in the museum doorway. Don Berini has stepped into his father’s shoes but doesn’t plan to do headstands anytime soon. “I think that’s Pop’s legacy more than mine,” he demurred.

EL JOBEAN — Tim Berini of El Jobean passed away quietly, before dawn on March 2, with his son, Don, at his side.

All his life he did things his way, refusing doctors and pills, accepting hospice care only at the very end.

Faced with his own failing health, he’d said, “No ambulances and fire trucks.”

He came from Michigan, but the 20-year-long owner-philosopher of Garden Road’s Bean Depot Café & Museum had become an El Jobean legend and, according to his son, El Jobean’s biggest fan.

He’d ridden in the local Christmas parade, driving an old Cub Cadet lawnmower and wearing an airman’s helmet and goggles.

He’d been known to do headstands in his museum’s doorway, joking that it gave him a different perspective on things.

Without Tim, there would never have been a Bean Depot Café & Museum. He preserved and reestablished the depot as the community hub it had been in the first place.

Don, now 40, moved away at 18, distancing himself, as kids do, from the little community where he’d grown up.

This January, when it became clear his father was critically ill, Don returned. Ever since, he’s been heavily involved in running the Bean Depot.

“I knew how Pop operated the business,” he said. “He was meticulous about the changes he made. It came from his career designing custom performance bikes. He’d say, ‘Make only one change at a time, or you won’t know what effect that change had.’”

So Tim made minimal menu updates, never installed a phone and took only cash.

Then bluegrass musicians, who loved the down-home atmosphere, started coming in one day and became part of the place.

“Pop kept a list on top of the fridge of all the musicians who played here,” Don said. “They’d put down their name and number for the day they wanted to play. If we had a musician call out, Pop started cold-calling to see who wanted to come instead. When I started doing that, one of the first musicians I called said, ‘I’d love to, but I’m going to be playing at the Grand Ole Opry that day’!”

Don’s getting the Bean ball rolling again after shutdown, as bewitched by the old site as his father was, though he admits it needed every upgrade he’s given it.

“We’re keeping the old menu and updating the prices. In honor of Pop’s stubborn old-school belief in cash only, we’ll offer a discount to cash-paying customers.”

After all, cash helped paper the walls and rafters with dollar bills, signed and stapled in place with the Dollar Bill Kit that they still use.

“Pop was a real sole proprietor, working 60 hours a week, cooking, managing, doing payroll by hand, pencil and paper. He ran it his way up to the end, lying in bed doing payroll and going over daily sales.”

After Tim’s death, Ruth Anderson had to sort through 17 years of handwritten food receipts.

“With Pop’s passing,” said Don, “we didn’t know for a while who was in charge or how things were going to run.”

Don, who worked in manufacturing, has put in a computerized payroll system; a POS for credit-card sales; even, for the first time, a phone.

In the office he’s got four boards covered with colored sticky notes keeping track of tasks “New,” “Assigned,” “Past Due” and “Achieved.” Critical health-and-safety actions are bright pink; the less critical are blue.

“If Pop were here, he’d lose his mind!” Don laughed.

Tacked below the to-do boards is a 2018 reminder that Tim wrote, for himself and others, in such emphatic, capitalized script that his pen nearly pierced the paper:

“Never Forget. This Place is about Having Fun! Offering History. & Offering the Best We Have to Give.”

Asked if he’s going to run things like his dad did, Don said, “You need policies and procedures, too. We were having very strong numbers before COVID-19, the property is paid off and we can hire additional staff to elevate the Bean — not change it, but make it a better version of what it already is. It’s a challenge. How do you improve without change?”

Staying true to an Old Florida vision takes special sleight of hand in 2020.

Don has thoroughly cleaned up the café’s screen porch, opening it to sunlight and breezes. He replaced old plastic seating with his own hand-crafted wooden benches, power-washed the screen to such transparency that everybody thought it wasn’t there anymore, weeded out the pepper trees that once blocked the backyard.

“This is such a beautiful porch,” said Don. “I get why Dad loved it so much, but it needed cleaning.”

They’re strategizing how to open for season, changing as little as possible while following CDC guidelines to keep staff and customers safe.

Don said, “Man, it would be great to have Pop back with his 20 years’ experience, but he couldn’t have kept doing things the same way in a pandemic. I want people to feel comfortable and safe. And I want to protect my four-week-old little girl, Macy.”

Sewer installation on surrounding streets might slow traffic during reopening, but it should be complete in time for a Bean Depot Halloween celebration.

On Oct. 28, Charlotte County will place a historical marker directly across Garden Road from the depot, honoring the historic heart of El Jobean.