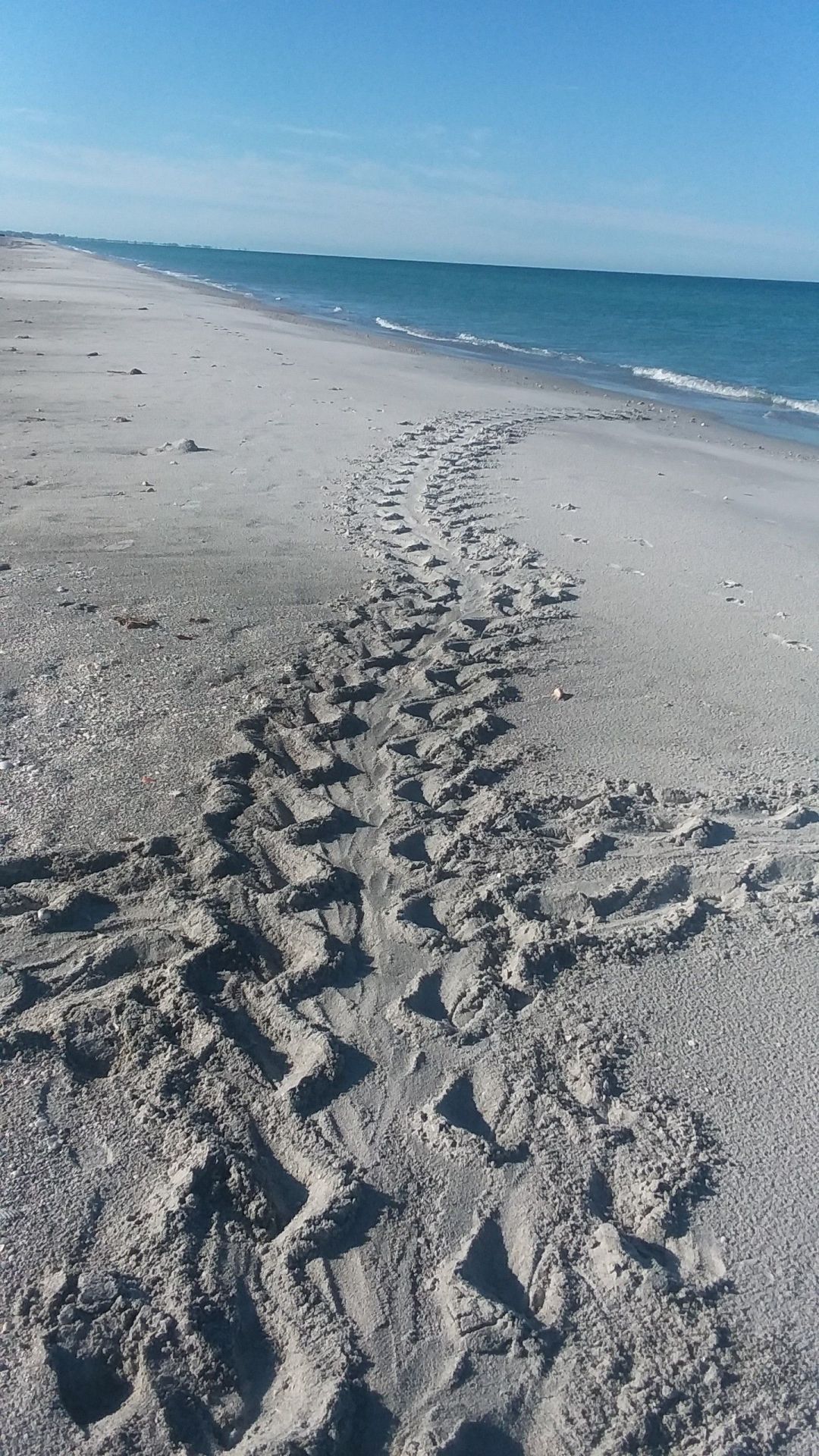 Not tonight. These tracks are of a loggerhead sea turtle that made a “false crawl” onto Don Pedro Island in the pre-dawn hours Monday. The turtle lugged itself onto the beach but turned around without laying a nest. 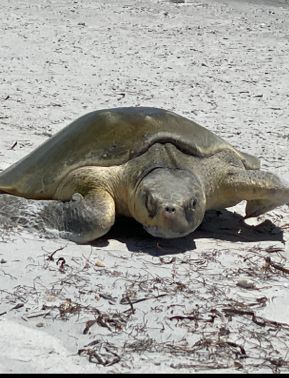 A Kemp’s ridley sea turtle crawls onto Don Pedro Island to lay its nest in this photo by Brenda Bossman. 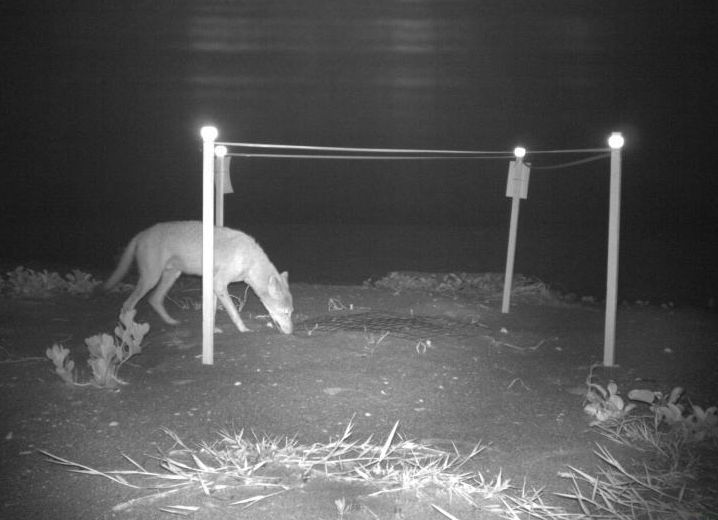 A coyote discovers a marked sea turtle nest on Captiva Island in this 2015 photo.

Not tonight. These tracks are of a loggerhead sea turtle that made a “false crawl” onto Don Pedro Island in the pre-dawn hours Monday. The turtle lugged itself onto the beach but turned around without laying a nest.

A Kemp’s ridley sea turtle crawls onto Don Pedro Island to lay its nest in this photo by Brenda Bossman.

A coyote discovers a marked sea turtle nest on Captiva Island in this 2015 photo.

KNIGHT ISLAND — Coyotes have been eating sea turtle eggs out of nests for years, but this year the predators have taken their assault on the reptiles to a higher level.

Coyotes are harassing female turtles as they crawl out of the Gulf and lumber onto the beach to lay their eggs, turtle patrol leaders say.

Female loggerhead sea turtles, the most common species nesting on local beaches, generally lurch onto beaches and crawl from the water to nest at night.

But members of a local turtle patrol are seeing coyote tracks next to turtle tracks, suggesting they are harassing the nesting females dragging themselves onto the beaches.

“The coyotes are following them wherever they go,” Bossman said. “There’s no evidence of blood or anything to show they were attacking the turtles.”

The situation may be somewhat unique.

Florida Fish and Wildlife Conservation Commission sea turtle nesting researchers receive data on the number of nests destroyed or damaged by predators as part of its year-end statewide nesting report.

“They do not have record of coyotes harassing nesting sea turtles on Florida beaches,” FWC spokeswoman Michelle Kerr said. “Our researchers have received one anecdotal report from a nesting survey permit holder who witnessed evidence of coyote tracks near nests and nesting sea turtles this season.”

The islands have seen three times as many false crawls, where a female will crawl onto the beach but return to Gulf without laying her eggs. False crawls aren’t unusual, but that many is, Bossman suggested.

A female coyote has made its home on the islands. She’s been elusive, attracted males that swim across the Intracoastal Waterway and has birthed litters annually, according to Bossman.

Interestingly, raccoons haven’t been preying on the nests as much as they had in past years, Bossman noted.

On the brighter side of sea turtle nesting news, Bossman reported a nesting Kemp’s ridley, one of the rarest and most endangered sea turtle species nesting locally, has been spotted on the islands.

The Coastal Wildlife Club, which oversees sea turtle patrols on Manasota Key, reported 136 loggerhead nests, as of May 8. Of those nests, 40 were laid in April.

As of May 9, Mote Marine Laboratory reported 119 nests and 130 false crawls on Gulf beaches from Venice north to Longboat Key. Venice is a hot spot for coyotes preying on nests, said Mote spokeswoman Stephannie Kettle.

• Disconnect, shield or turn off outdoor lights visible on Gulf beaches from May through October, which is required by ordinances in Venice, Sarasota and Charlotte counties.

• Close drapes after dark and move beach furniture off the beach. Move or adjust interior lights visible from the beach.

• Do not use flashlights, tiki torches, fishing lanterns, photo flashes or fireworks on beaches at night.

• Enjoy building sand-castles, digging holes or other play on beaches, but flatten out sand castles and refill any holes on the beach before you leave. Sea turtle hatchlings and shorebird chicks can be trapped in holes, so can nesting adult sea turtles.

• Remove chairs, toys and other obstructions from beaches at night.

• Do mini-cleanups of trash on the beach that might hinder nesting turtles or hatchlings. Food scraps left on the beaches attract coyotes, raccoons and other predators.

• Do not allow dogs on the beach. Even leashed dogs can frighten turtles, dig up nests or harm hatchlings.

• If a nesting turtle or hatchlings are spotted, remain quiet, at a distance and in the dark.

All sea turtle species are classified as endangered or threatened with federal and state protections, including their nests.

For marine wildlife emergencies, including dead or injured adult sea turtles and disoriented hatchlings and disruption of nests, call the Florida Fish and Wildlife Conservation Commission Division of Law Enforcement at