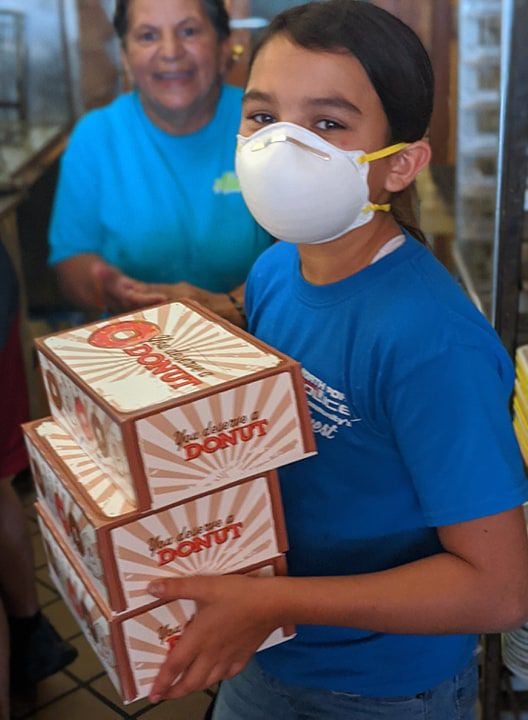 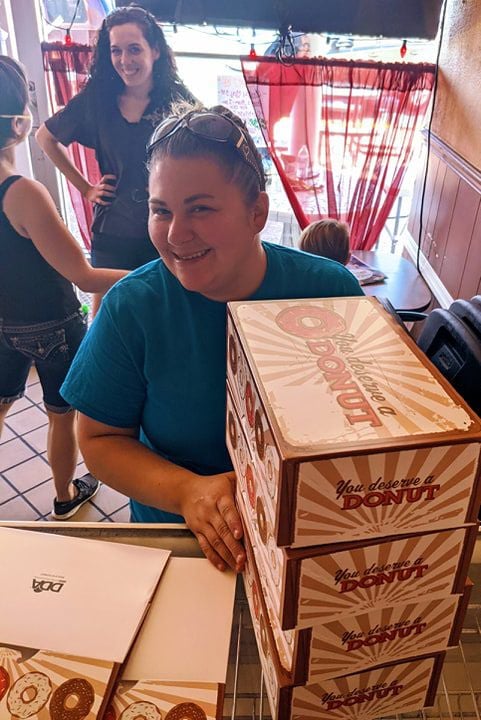 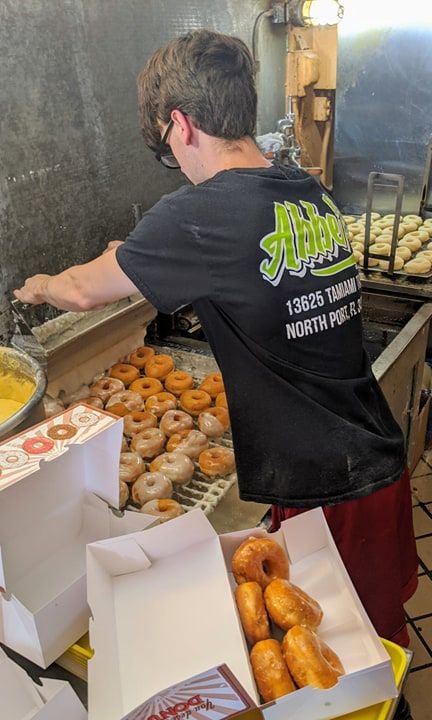 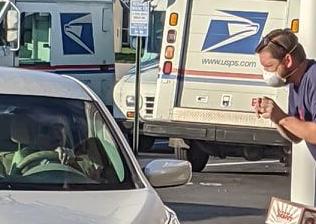 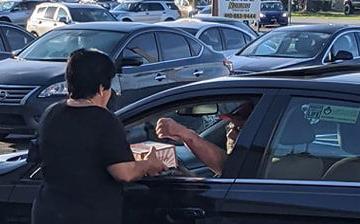 Terry Rodriguez delivers doughnuts Sunday at Abbe’s. The line was from the shop to Sumter Boulevard.

Terry Rodriguez delivers doughnuts Sunday at Abbe’s. The line was from the shop to Sumter Boulevard.

NORTH PORT — Shannon and Jason Duncan worried they could lose their business.

The owners of Abbe’s doughnut shop in North Port had been shut down since March 18 due to the CORONA-19 pandemic. They got behind on their $1,500 rent.

So they planned on a Sunday morning curbside doughnut blitz to try to raise money they owed. (Their story was in Saturday’s Sun.)

On Saturday night, Jason Duncan began baking doughnuts and Shannon boxed dozens and dozens as they were ready. In between batches, she paced the floor. Would enough people come?

Jason baked through the night. He started noticing customers arriving at 6:45 a.m. for the 8 a.m. opening.

Shannon sold doughnuts to anxious customers. Then more came. Some wanted large quantities to donate to doctors and nurses at local hospitals. Others wanted enough to drop off to firefighters at all the North Port fire stations. Volunteers showed up to help ferry the boxes out to cars.

All of the doughnuts Jason cooked throughout the night were sold in the first hour. Jason and his son Nicholas baked three dozen batches at a time.

The Duncans learned traffic was backing up along Biscayne Drive and then out onto U.S. 41, all the way to Sumter Boulevard. Some people who didn’t want to wait donated money and headed elsewhere to get their doughnuts.

“As fast as they came out of the oven, they were boxed and taken out to people who were waiting patiently in their cars,” Shannon said. “I saw a lot of our regular customers, four city commissioners, one police officer, and so many new faces. Someone came from Tampa and others from Punta Gorda. It was amazing.”

“We sold 400 dozen doughnuts,” Jason said. “I am truly grateful for the help.”

Shannon said the couple now has the money for the rent and to buy the ingredients to reopen next week.

“I can’t express how grateful we are to all volunteers and the customers, some didn’t want doughnuts, they just gave a donation. They waited in a really long line just to help us,” she said. “I had to walk away a few times because I was going to cry.”