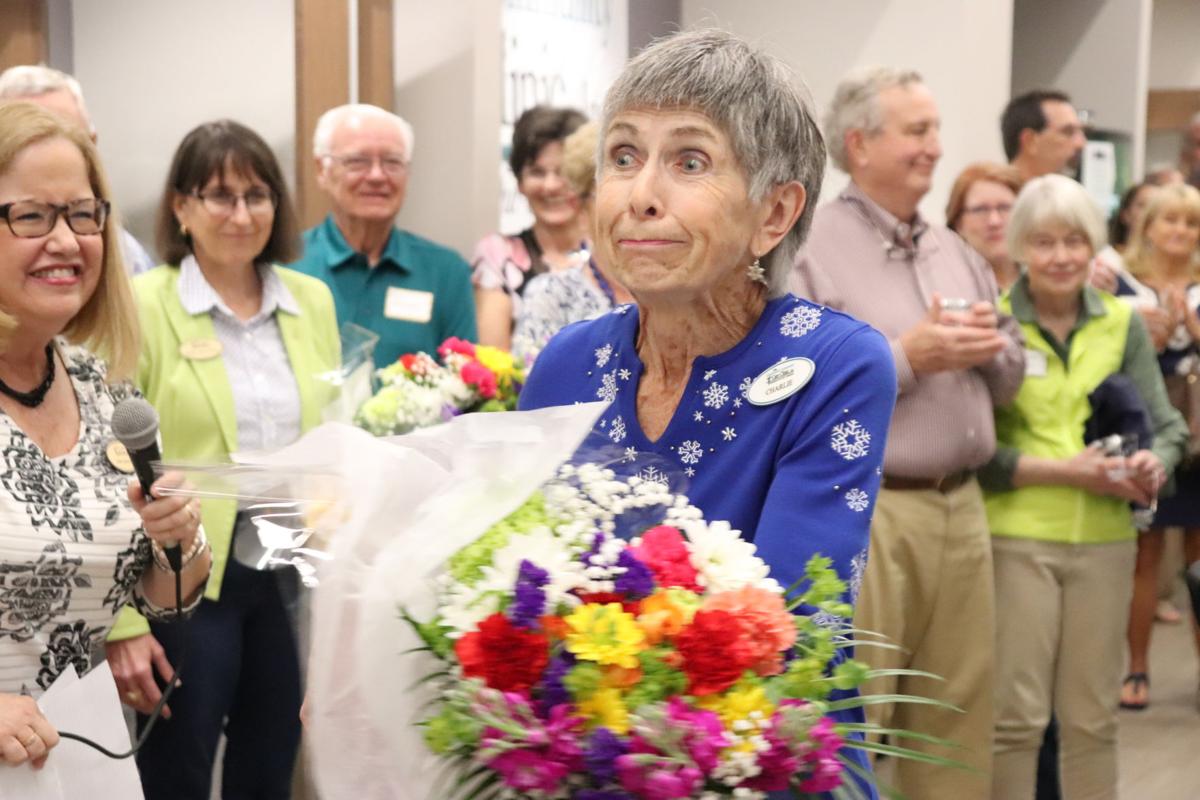 Charlie Dunbar, a four-year volunteer, is honored as the administrative volunteer of the year at the Englewood Community Care Clinic. 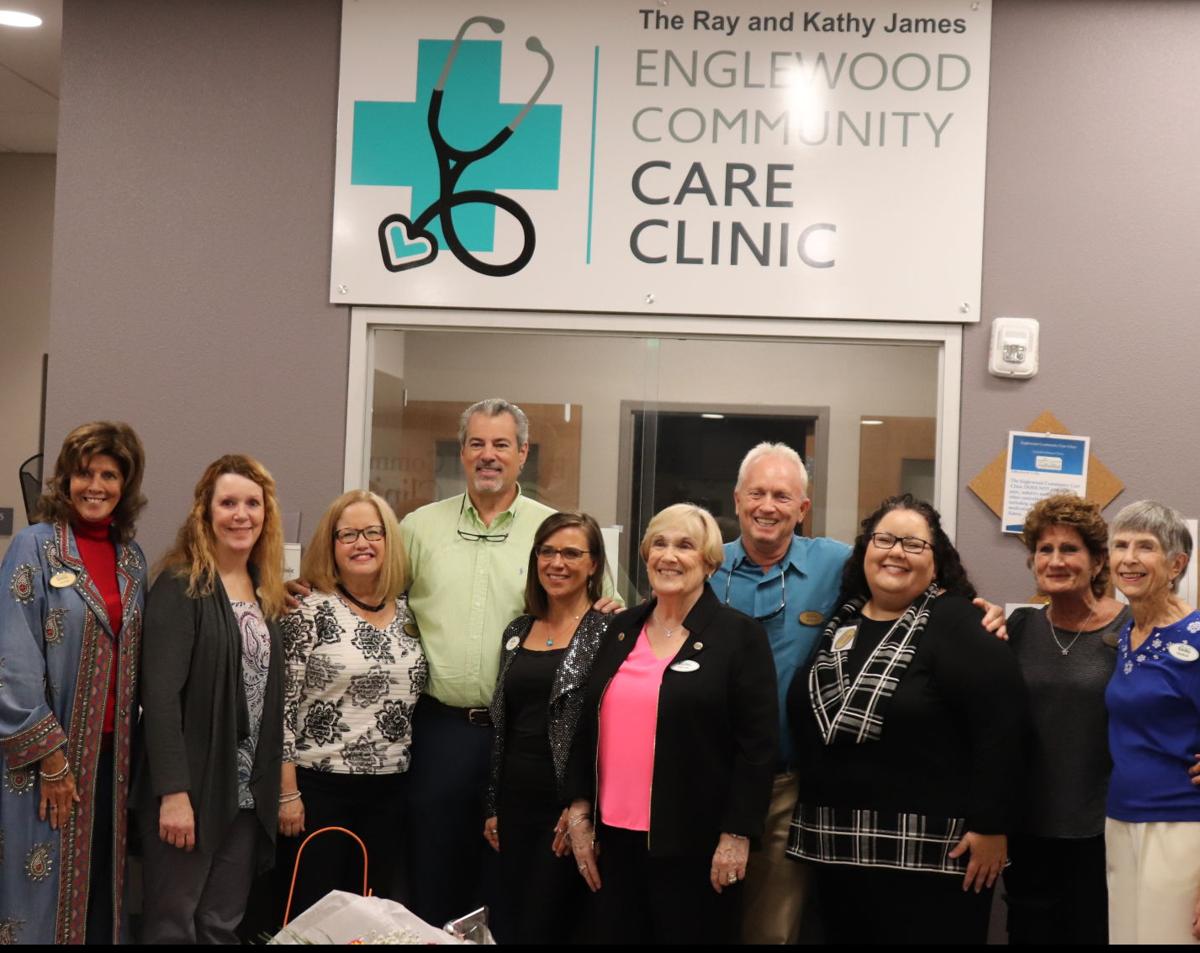 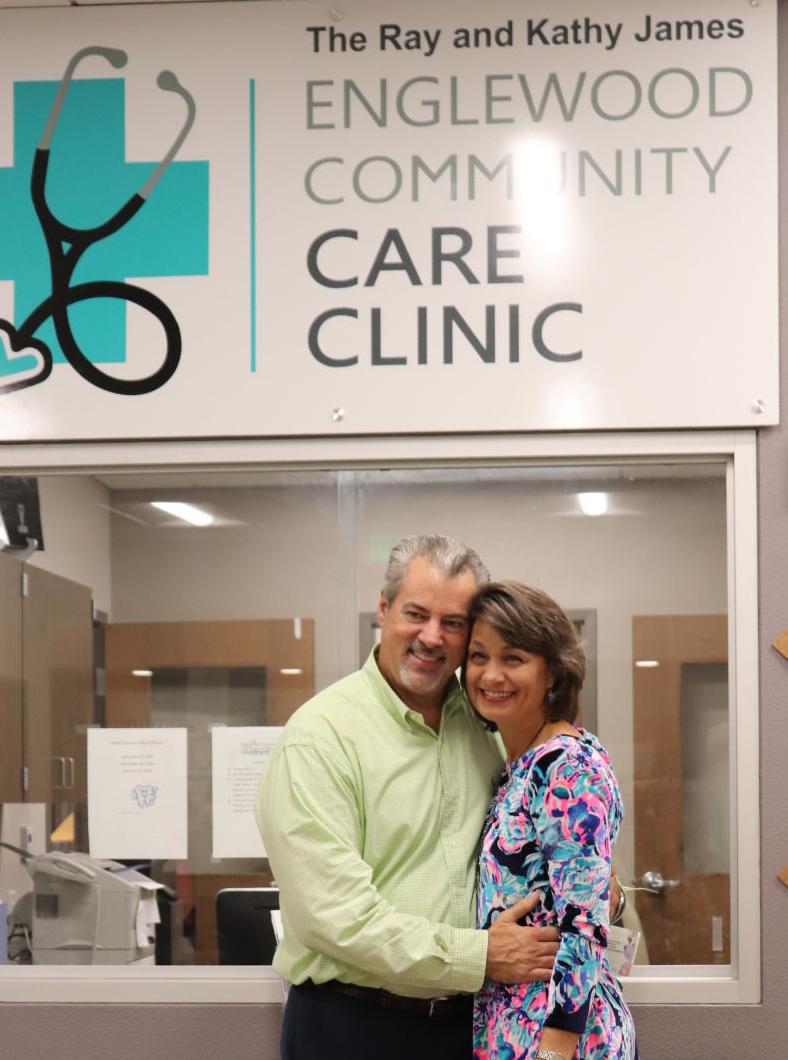 Dr. Ray James and his wife Kathy helped launch the Englewood Community Care Clinic and were recently honored for their dedication. 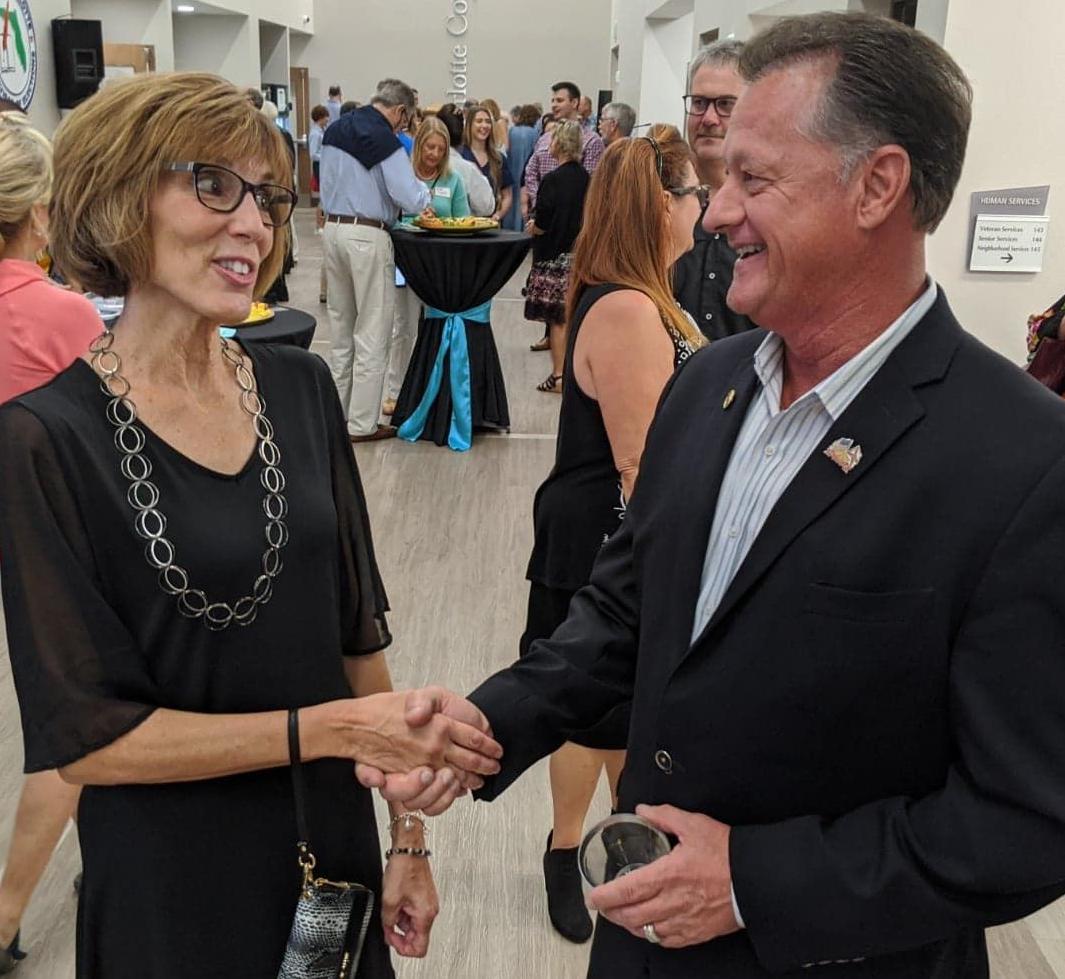 Charlie Dunbar, a four-year volunteer, is honored as the administrative volunteer of the year at the Englewood Community Care Clinic.

Dr. Ray James and his wife Kathy helped launch the Englewood Community Care Clinic and were recently honored for their dedication.

ENGLEWOOD — More than a decade ago, Dr. Ray James and his wife Kathy dreamt of running a clinic in Englewood.

Last week, a sign with their names was unveiled at the annual open house of the Englewood Community Care Clinic, 6868 San Casa Drive.

Twelve years ago, the couple assembled a group of passionate community leaders who wanted to make medical care available to all low-income residents in our community when they need it. Today the clinic serves hundreds of uninsured and under insured.

“We felt it was only fitting that when we introduced our new and improved clinic logo that we have a new sign made that makes it easy for people to see where the clinic is located in this building,” said Beth Harrison, executive director before a large crowd at the recent open house. “But we wanted to have Ray and Kathy James recognized in some way.”

Harrison said some of the people who make the clinic so successful include Charlie Dunbar, a four-year volunteer, who is frequently seen at Walmart, Walgreens or Winn-Dixie buying the least expensive prescriptions.

“She is so compassionate and diligent with record keeping, receipts and communication with patients,” she said. “We are blessed that this volunteer lives close by because she is often the volunteer who gets the call from our building security guard to let us know that insulin for patients has arrived. She runs right over to open the packages and gets the insulin in the refrigerator. We are so grateful for her dedication.”

Harrison announced Dunbar as the administrative volunteer of the year.

“This is a labor of love,” Dunbar said. “I say we work for hugs. I think I probably am getting the most out of this because I see the gratitude of the patients when we can pay for the medications. They say ‘I have $20 in my wallet,’ and we say, ‘we can take care of it.’ It’s just a wonderful feeling. I feel fortunate and I can give back a little bit of time.”

Year of the Nurse

Clinical Director Liz Rigney told guests that 2020 is the year of the nurse.

“The World Health Organization has said that the world will be 9 million nurses short in the next 20 years or so. And so the nurses we have are precious and especially at this clinic,” she said. “We do the work that nursing was meant to look like. I’m very grateful to all of you and our providers.”

In describing the nursing volunteer of the year, Rigney said Deb Jeffes is “always” the first to arrive and the last to leave. She takes care of everyone and not just the patients. She makes everyone food.

“I heard this quote, which really describes our volunteer of the year. It read, when love and skill work together expect a masterpiece and Deb Jeffes is a masterpiece,” Rigney said.

Jeffes told the crowd she is celebrating her 55th anniversary with her husband Roy who has been supportive for many years. Prior to volunteering at the clinic, Deb was a nurse at Englewood Community Hospital. She said she filled out a volunteer application and hasn’t looked back since.

“This is by far the most rewarding thing I have ever done in my life,” Jeffes said. “We just see miracles all the time. I think they’re miracles anyways although they may be small ones. This wouldn’t happen with just me or just one other person. We are such a wonderful group and we do so much it is overwhelming.”

Dr. Heather Cappello was named provider of the year. She drives from Sarasota to serve the patients. She high-fives patients who make strides in improving their health.

“Her lighthearted spirit is infectious, and we are fortunate to have her working with us,” Harrison said.

Cappello couldn’t attend the event but wanted to share a story about how patients take their clinic experiences seriously.

Cappello wrote about a patient she named Bob. He was told by a doctor at Englewood Community Hospital staff to go the clinic after being treated for a heart attack. Bob was discharged knowing his blood-sugar level was elevated. His doctor said to have it checked at the clinic.

“Bob wanted to know if he had diabetes,” she wrote. “He had two sons to care for and wanted to take control of his health. A quick test was done that night and confirmed that he had an alarmingly high results that confirmed he had diabetes. He had to address the problem starting that night.”

The patient was given a free prescription and several new medications and a kit to check his blood sugars.

“Three months later, the patient came in for a followup. After dietary changes and medication management, he was a new man,” Cappello said. “He had energy, lost weight and improved his diabetes dramatically. The risks that he had for heart attack, stroke and kidney failure had all significantly decreased. He was beaming with pride and the clinic staff gathered around him with warm words of praise.”

Harrison thanked the Lions Foundation for proving patients with retinopathy screenings, the Rotary Clubs for “significant funding” and Dollars for Mammograms, Project Detect for helping with cancer screenings, the Englewood Chamber of Commerce for funding from Manasota Mystique, and neighborhoods like Oyster Creek and Boca Royale, which come together to do fun fundraisers. She thanked the Englewood Farmer’s Market, Women of the Moose, the GFWC Rotonda West Women’s Club, the women of the Englewood United Methodist Church and St. David’s Church.

“This clinic is a great example of what makes Englewood such a great community to live in and we can’t thank you all enough,” Harrison said.