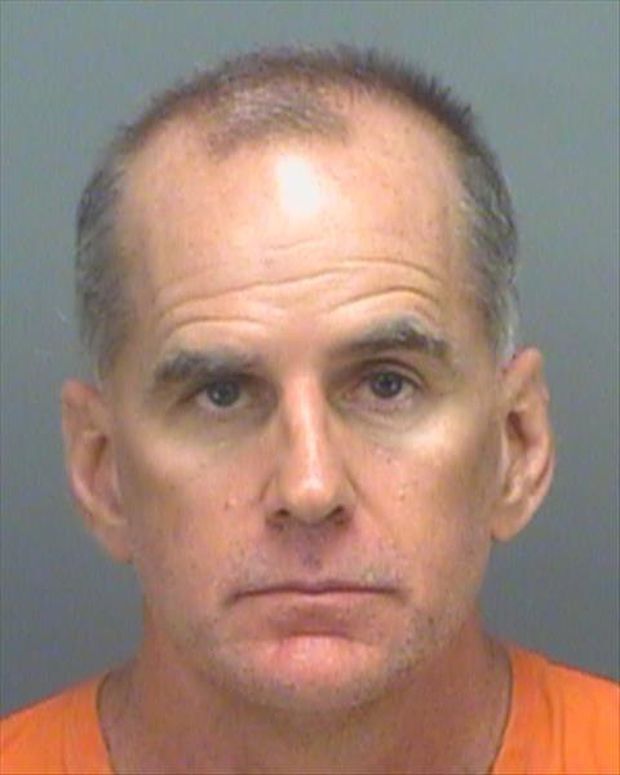 FILE — In this Jan. 6, file photo rioters loyal to President Donald Trump try to break through a police barrier at the Capitol in Washington. An Englewood man, Graydon Young, 54, has been arrested as a part of the investigation. The indictment accuses Young and five of the others of forming into “a military-style ‘stack’ formation that marched up the center steps on the east side of the U.S. Capitol, breached the door at the top, and then stormed the building,” the Justice Department states. 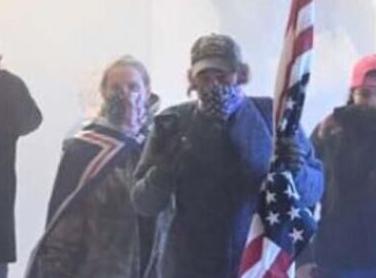 Graydon Young, 54, of Englewood, was arrested Monday in Tampa, according to a Friday report from the U.S. Department of Justice. He was turned over to U.S. Marshals the following day.

Young and five other people are members of the Florida chapter of Oath Keepers, and were added to a grand jury indictment as co-defendants, the release states.

The indictment now includes nine people, including Young, whose address is listed as the 1900 block of Allen Street on his Pinellas County Jail booking sheet.

The indictment accuses Young and five of the others of forming into “a military-style ‘stack’ formation that marched up the center steps on the east side of the U.S. Capitol, breached the door at the top, and then stormed the building,” the Justice Department states.

It also states that “Young allegedly arranged, for himself and others, training by a Florida company that provides firearms and combat training,” in the days before the Jan. 6 breach of the Capitol.

Also arrested this week and added to the indictment were Kelly Meggs, 52, and Connie Meggs, 59, both of Dunnellon; Laura Steele, 52, of Thomasville, North Carolina; and Sandra Ruth Parker, 62, and Bennie Alvin Parker, 70, both of Morrow, Ohio.

The indictment charges each defendant with one count of conspiring to commit an offense against the United States, one count of depredation against federal government property, and unlawful entry, disorderly conduct, or violent conduct in restricted buildings or grounds.

Bennie Parker and Caldwell were also charged with obstructing the investigation.

“According to the indictment, Kelly Meggs is the self-described leader of the Florida chapter of the Oath Keepers, of which Connie Meggs, Young, and Steele also are alleged to be members,” the report states.

“The superseding indictment alleges that, in making plans for the events of January 6, Kelly Meggs made statements, similar to those made by Watkins and Caldwell, that his group would not need to be armed for the attack on the U.S. Capitol, because there would be a ‘heavy QRF 10 Min out[.]’

“The abbreviation ‘QRF’ is alleged to refer to ‘quick reaction force,’ a term used by law enforcement and the military to refer to an armed unit capable of rapidly responding to developing situations, typically to assist allied units in need of such assistance,” the report states.

The Justice Department states that after the Capitol attack, Young and Caldwell tampered with documents or proceedings by unsending and deleting Facebook content.

Young is the second person with an Englewood connection to be arrested as part of the Jan. 6 Capitol breach.

Dana Joe Winn, 45, and his girlfriend Rachael Lynn Pert, 40, are accused of entering or remaining in any restricted building or grounds without lawful authority to do so and willfully and knowingly parade, demonstrate, or picket in any of the Capitol buildings.

The pair, who now live in Middleburg, Florida, were arrested after someone tipped off the FBI.

Pert works at a Middleburg Circle K store and someone recognized her and Winn in the Washington’s Metropolitan Police Department’s wanted photo, according to the Florida Times-Union in Jacksonville.

The pair were inside the Capitol during the riots and wanted by the FBI, according to legal filing in federal court in Washington. Winn was allegedly photographed holding an American flag while walking with Pert who was wearing a Trump 2020 flag around her after they drove to Washington, D.C.

The pair claimed to be “American patriots” who wanted to make a stand.

Winn and Pert face up to 18 months in prison and fines up to $105,000 if convicted, according to Assistant U.S. Attorney Laura Cofer Taylor.