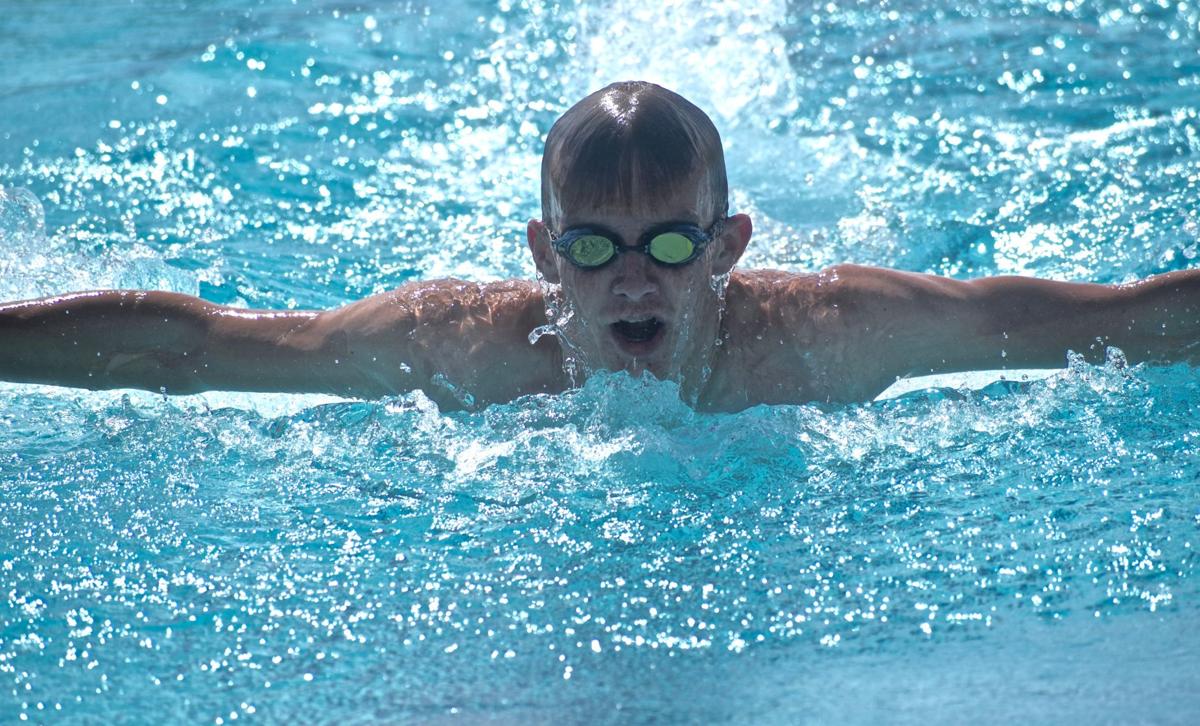 Lemon Bay senior Aiden Koss is the leader of the team and mentor to his two younger brothers. 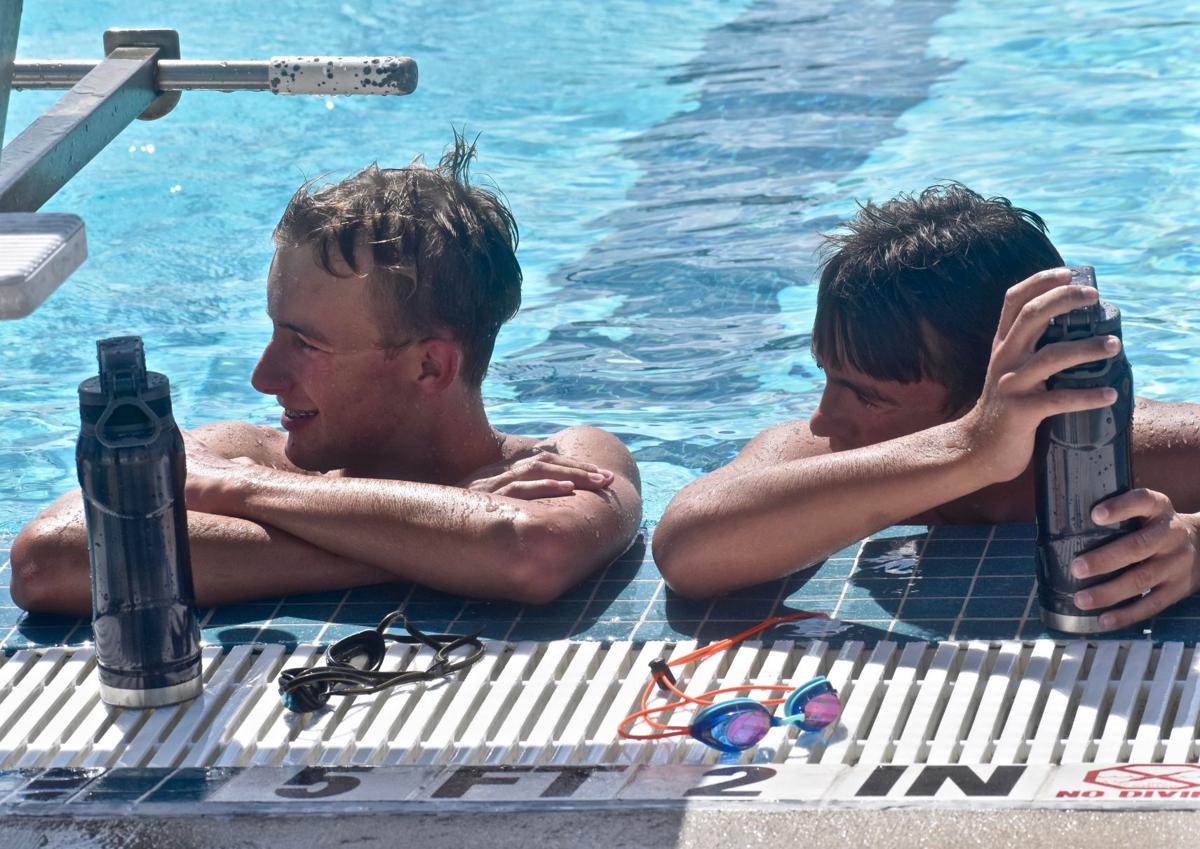 Brothers Aiden and Beckett Koss talk things over after some conditioning. 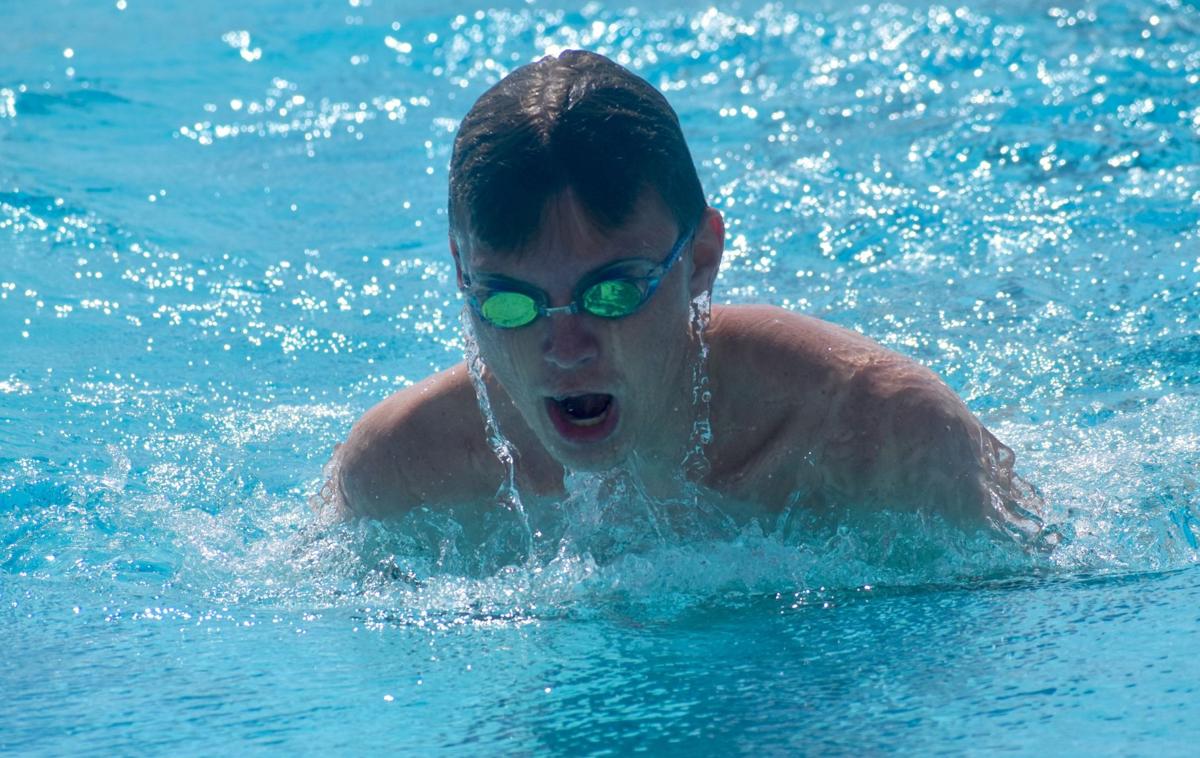 Middle brother, McKelin, practices his breaststroke. He rejoined the team after not swimming last year. 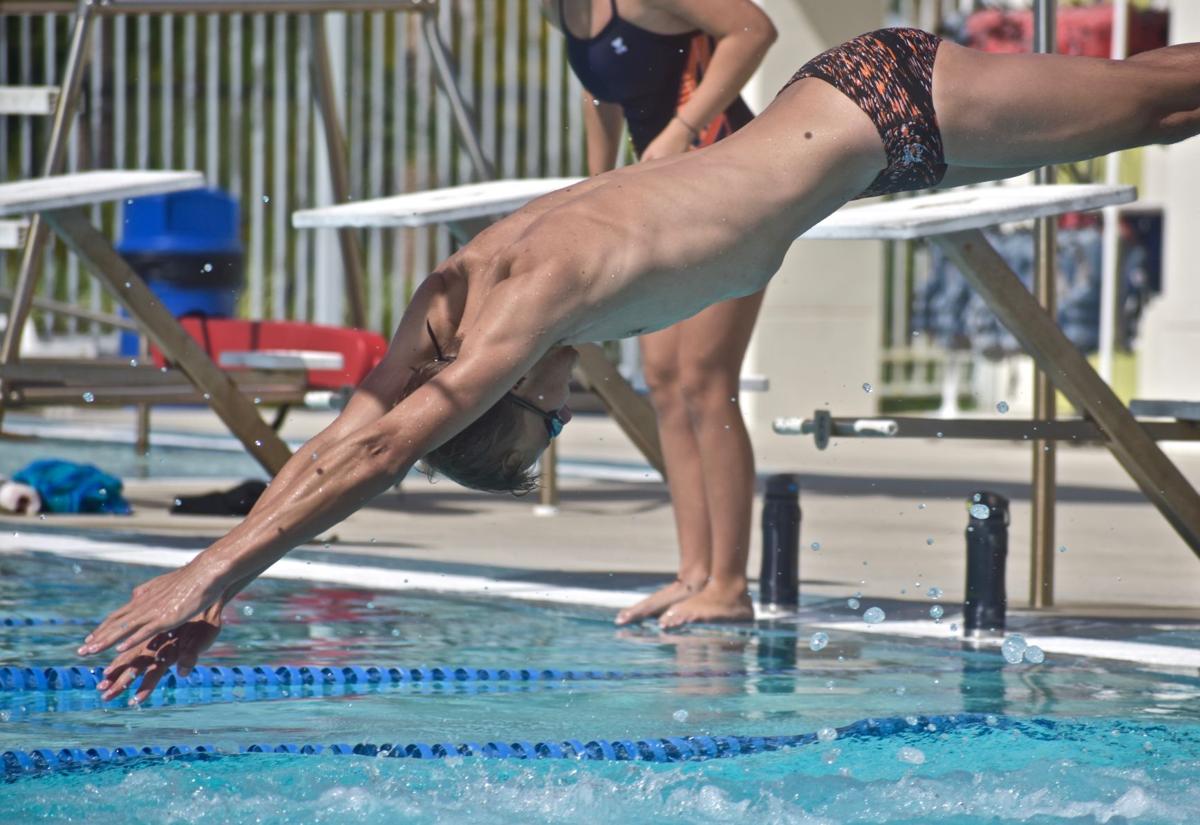 Aiden Koss is looking to make it back to states in his final season.

Lemon Bay senior Aiden Koss is the leader of the team and mentor to his two younger brothers.

Brothers Aiden and Beckett Koss talk things over after some conditioning.

Middle brother, McKelin, practices his breaststroke. He rejoined the team after not swimming last year.

Aiden Koss is looking to make it back to states in his final season.

ENGLEWOOD — Aiden and Becket Koss swam leisurely back and forth in a lane furthest to the left, warming up for a practice at the Ann and Chuck Dever Regional Park Pool, the same pool they first started swimming in when Aiden, the oldest, was in second grade.

Stroke after stroke the two mirrored each other before stopping to chat at the near side of the pool.

They can typically be found together, working on form and vigorously competing for family bragging rights. The third Koss brother, McKelin, was grouped in a pack in the middle of the pool doing much of the same.

The brothers, now all swimming for Lemon Bay, have always found themselves near a pool, though they haven’t been on the same swim team since elementary school. Each brother has taken a slightly different route to get to this point and each holds a different role on the team.

Becket, a freshman, swims year round and is the promising up-and-comer; Aiden is the “mentor” of the group looking to make his mark as a senior; and McKelin continues to progress, potentially taking on more of a leadership role as a junior.

Together, they have become part of a strong core for the Mantas, pushing each other forward with every stroke.

“The competitive edge is definitely stronger when your siblings are with you,” Aiden said. “Becket and I are constantly trying to see who’s faster. That really helps with the whole practice aspect because you’re really giving it more than what you normally would just to try and beat him.”

“It’s an accomplishment staying with (Aiden) and beating him,” Becket added. “It definitely pushes me harder to be faster than him. I’m always trying to prove myself.”

Each brother brings a different strength to the team. Aiden prefers the tight, quick sprints of the 50- and 100-yard freestyle. Becket is currently sixth in the state in the butterfly with aspirations beyond just beating his brothers, and McKelin swims in the 100 backstroke.

“They’re dedicated,” Lemon Bay coach Dawn Hall said. “It’s a pretty close-knit family, who support each other. Aiden has matured greatly and has developed into a strong leader that knows what’s expected. Becket works hard in everything he does, he’s very determined. It will be interesting to see as the season goes on how the brothers compete.”

There wasn’t much reason as to why the boys joined the sport initially. Both of their parents were athletes, but not in the pool. Their dad was a basketball player and their mom a gymnast.

As a way to stay active they started swimming and, through a growing, but friendly battle, gradually began to take a liking to it.

The gang is now back together, but it will be short lived. With Aiden graduating this year, this is the one chance they get to swim together and they plan to make the most of it.

Becket is shooting for states, hoping to join an impressive list of freshman Mantas to do so last year. Aiden is hoping to make states with a relay and qualify for Regionals in the 100 free, an aspiration shared by McKelin in the backstroke. But above all else, they want to watch each other succeed and enjoy the opportunity to do so together.

“It’s fun getting back together with my brothers and doing something that we used to do before,” McKelin said. “It’s nice to be able to get back to the old days.”