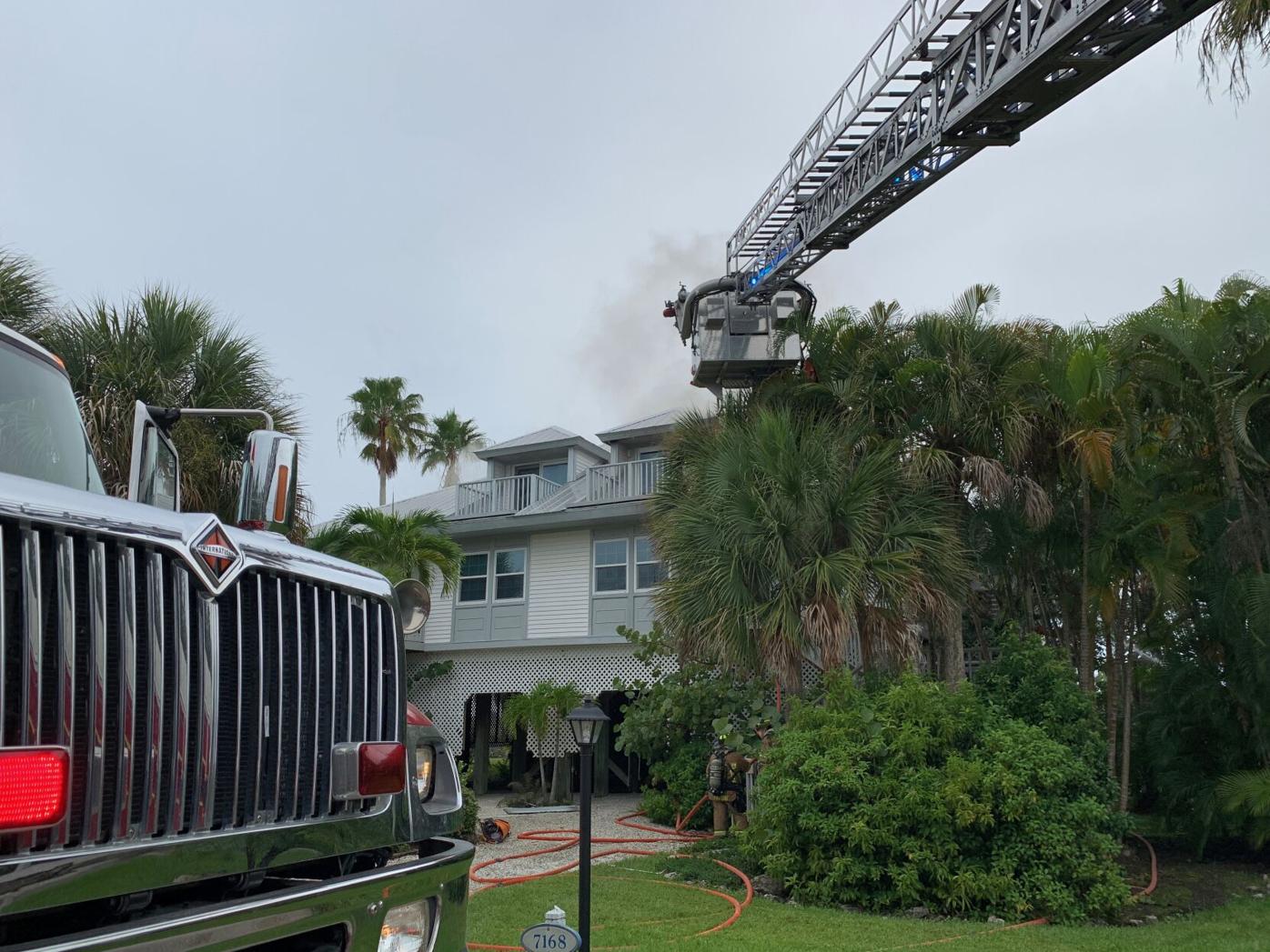 Firefighters battled this duplex fire on Palm Island for about two hours Saturday. 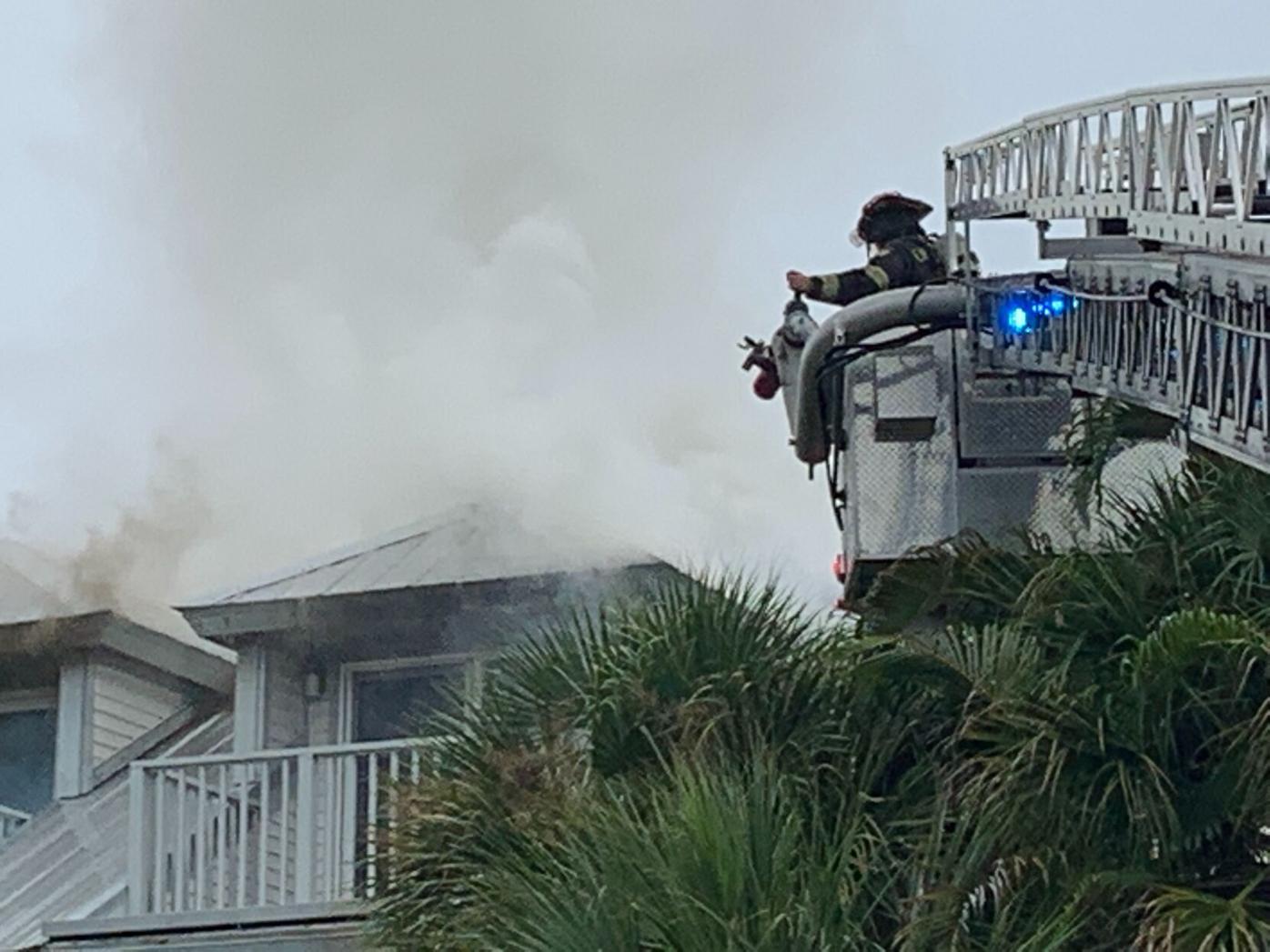 Firefighters battled this duplex fire on Palm Island for about two hours Saturday.

ENGLEWOOD — A Charlotte County firefighter is OK after fighting a house fire Saturday on Palm Island.

The firefighter’s name was not released, but Charlotte County Fire-EMS public information officer Todd Dunn said, “The firefighter is OK. She was treated and released and is doing well.”

Both Englewood Area Fire Control District and Charlotte County firefighters fought a duplex fire on the 7100 block of Palm Island Drive, within the Palm Island Resort.

Firefighters, however, weren’t fighting only the blaze. The hot weather and humidity led firefighters to switch in and out, Dunn reported.

The suspected cause of the fire was a power supply to an air conditioner, but state fire marshals are now conducting their investigation, Dunn said, describing how the fire climbed the right side of the house and spread into the attic area of the two units.

The fire was first reported shortly before 4 p.m. Saturday. Firefighters contained it at 5:50 p.m. No other structures were threatened by the fire.

The duplex sustained serious damage from the fire, but the units were not occupied, Dunn said.