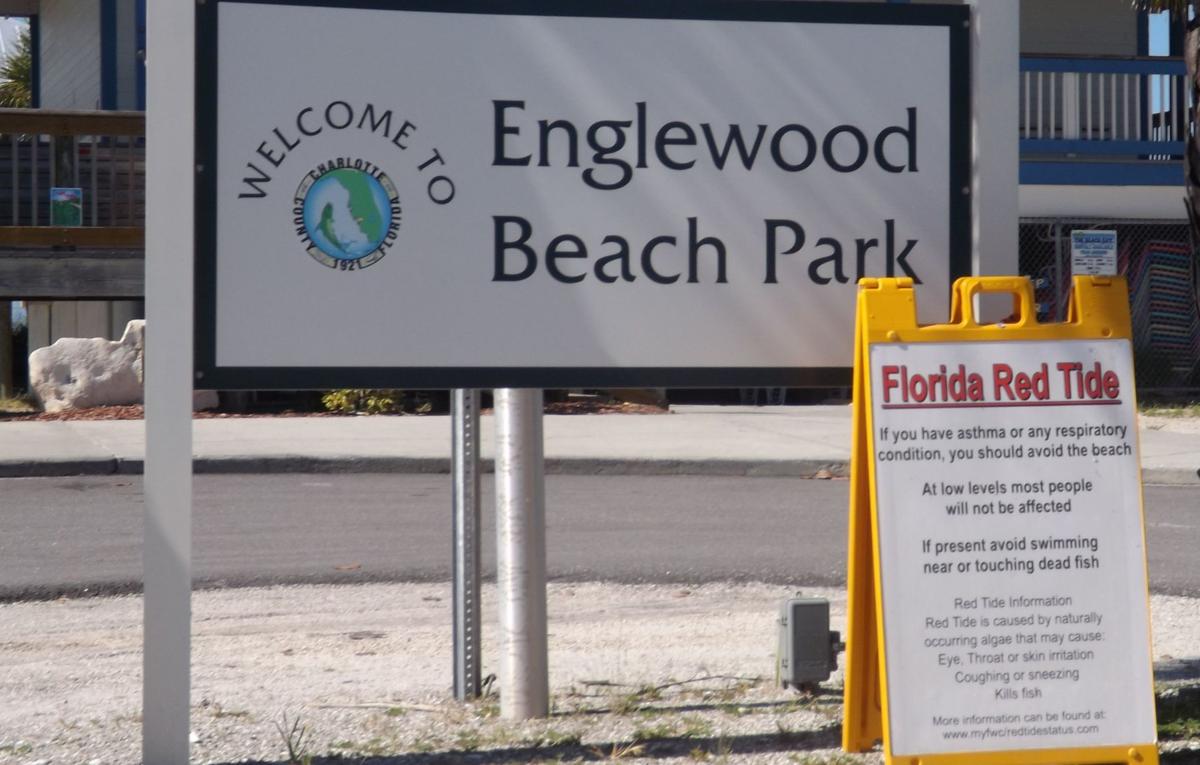 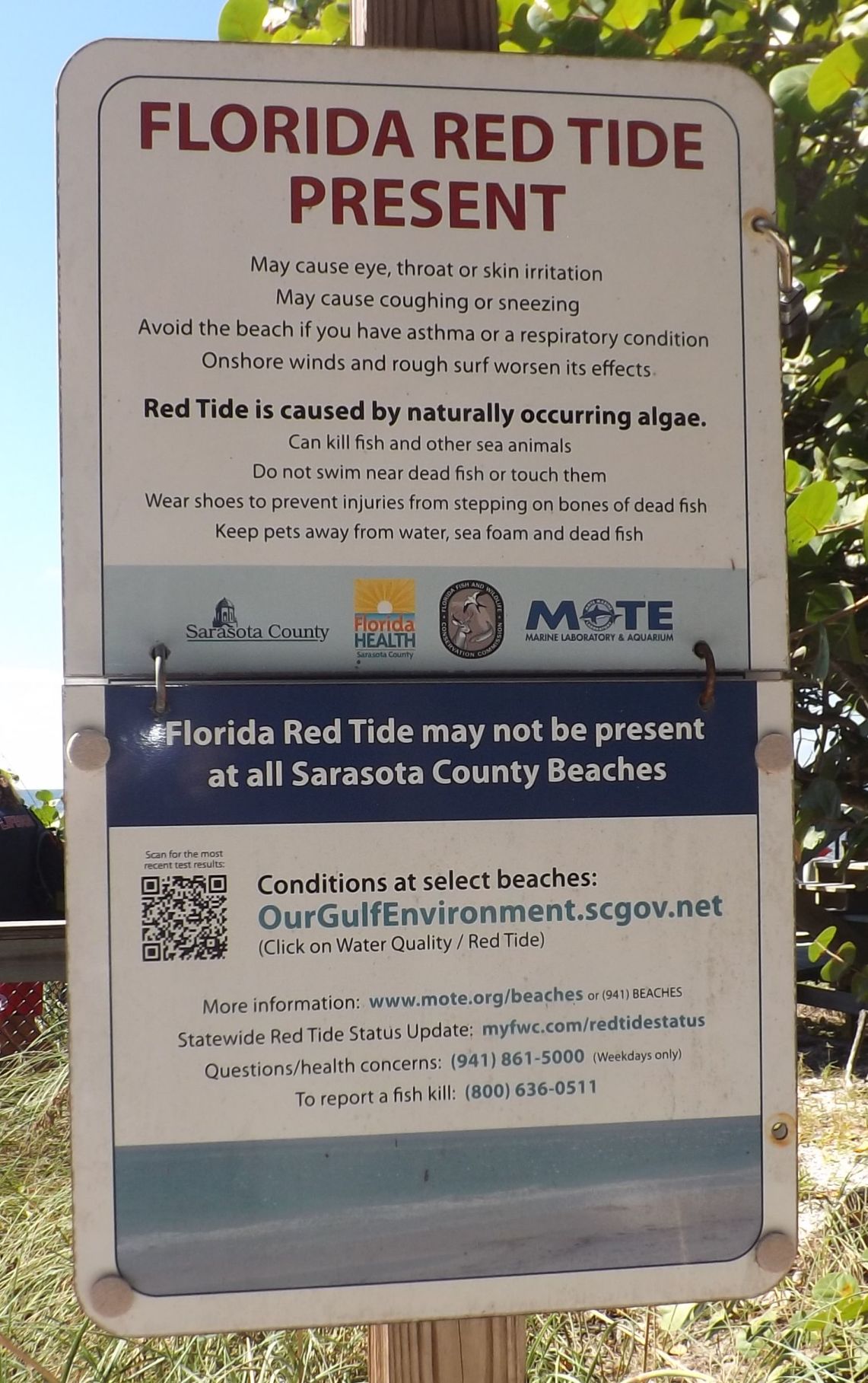 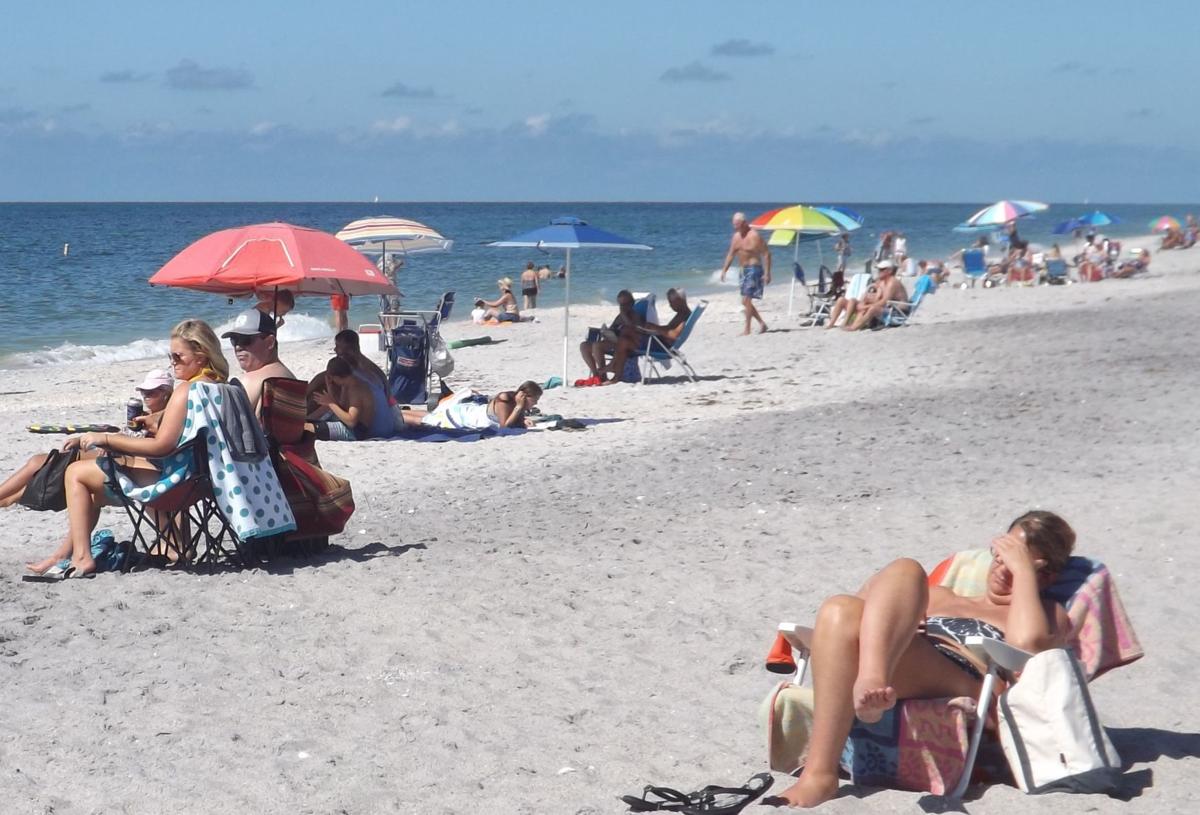 A little red tide toxins scratching the backs of their throats couldn’t keep some beach lovers away from the public Manasota Beach Thursday. The public beach saw minor fish kill in very early morning hours, but all signs of that kill disappeared by the late morning.

A little red tide toxins scratching the backs of their throats couldn’t keep some beach lovers away from the public Manasota Beach Thursday. The public beach saw minor fish kill in very early morning hours, but all signs of that kill disappeared by the late morning.

It was the first reported fish kill of this red tide bloom, which was first detected a week ago off Englewood and Boca Grande.

Jean Kathleen Ranallo went for an early morning swim Friday at the public Manasota Beach in Sarasota County. She witnessed a small fish kill in progress.

“At sunrise, the Gulf at Manasota Beach was smelly and off color,” Ranallo told the Sun. “As I walked along the water, I noticed mostly little fish that had washed up. In the Gulf, near the shore, groups of fish were thrashing in the water trying to breathe.”

In the water and after she emerged from a swim, Ranallo said, “The thrashing fish bumped against my back when I swam through them. As I came out of the water, there was slime on my hair.”

A lifeguard at the beach confirmed how primarily small fish, like pilchards, may have succumbed to the toxic red tide early Thursday morning. Mote Marine Laboratory on visitbeaches.org also reported the fish kill and people suffering “moderate” respiratory irritations.

Manasota Beach was the only Sarasota County public beach reporting dead fish along the Gulf shorelines.

By early afternoon, all signs of the dead fish at Manasota Beach were gone, either washed away in the surf and tide or eaten by gulls and other shorebirds. While signs of dead fish disappeared, sporadic coughing among the beach goers persisted Thursday afternoon.

People along the shoreline on the southern end of Manasota Key in Charlotte County said they experienced the symptoms caused by the airborne toxins from the red tide algae, but no one reported seeing any dead fish.

Medium concentrations of red tide algae, reaching a 100,000 cells or more per liter of water, can precipitate fish kills, coughing and other respiratory ailments in humans. A million or more cells can stain Gulf waters a reddish brown and cause deaths of sea turtles, marine mammals and other marine life

Throughout October, Lee and Collier counties have experienced far stronger concentrations of red tide lingering along Gulf shorelines. The two counties also have been seeing numerous fish kills due to red tide reported to the Florida Fish and Wildlife Conservation Commission.

In October, the FWC received 71 reports of fish kills for a variety of reasons in Sarasota, Charlotte, Lee and Collier counties. Out of 59 reported fish kills specifically caused by red tide, 37 were reported in Collier County, 19 in Lee County, two in Charlotte of which one was four miles offshore from Cape Haze, and one in Sarasota County.

“This bloom was first detected at the end of September in Collier County,” FWC spokeswoman Michelle Kerr said Thursday. “The timing and location of bloom onset varies from year to year, and we are still unraveling some of the underlying mechanisms of bloom initiation.”

Based on the University of South Florida-FWC “Collaboration for the Prediction of Red Tides,” ocean currents have been variable since the bloom was detected, at times favorable for northern surface transport. In general, bottom currents since then have been conducive for the movement of cells onshore, Kerr said.

The FWC will be posting a red tide report today on myfwc.com.