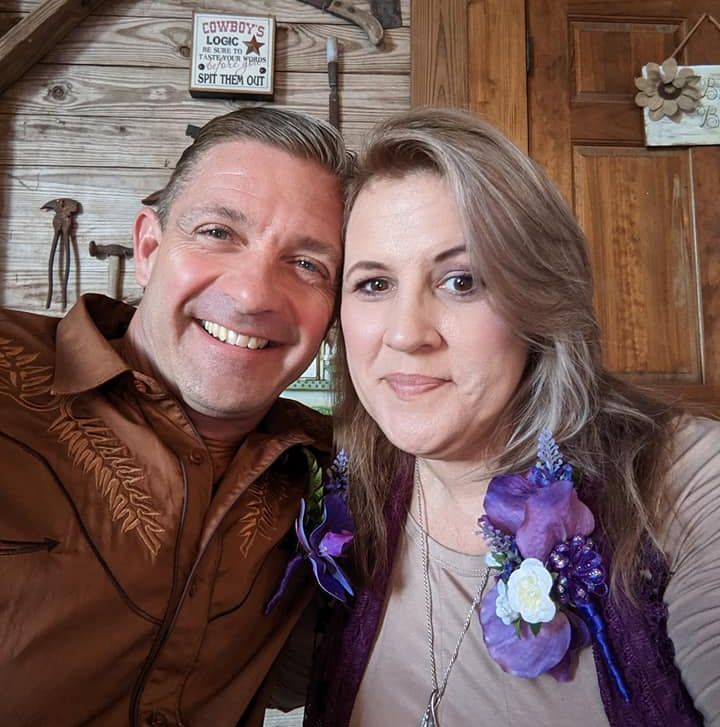 After many years as a Charlotte County Fire Department first responder, Tony File said the job got to him. He went out of state for help. He and his wife Laurie recently enjoyed their son’s wedding. 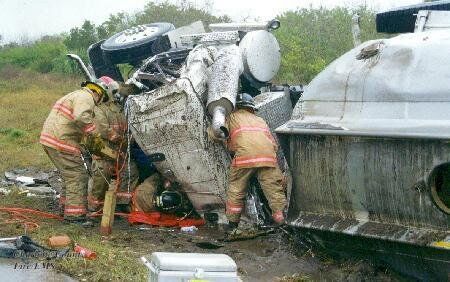 Tony File worked many horrific crash sites in Charlotte County over the years. 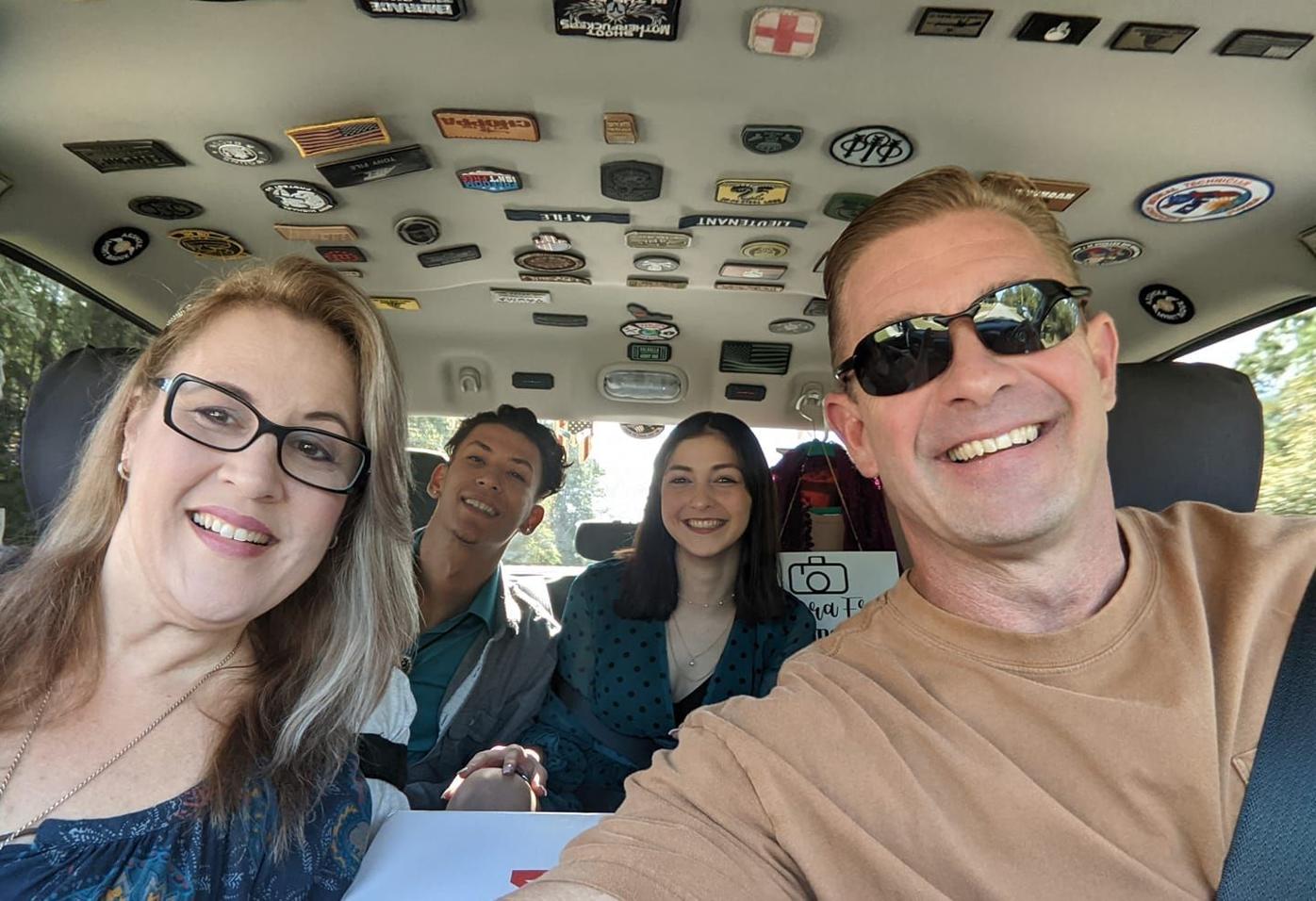 On their son Joe’s wedding day, Tony and Laurie File flashed a smile on their way to get ready for a special day in 2020. In the backseat are Matteo Fortunati and Natalie File.

After many years as a Charlotte County Fire Department first responder, Tony File said the job got to him. He went out of state for help. He and his wife Laurie recently enjoyed their son’s wedding.

Tony File worked many horrific crash sites in Charlotte County over the years.

On their son Joe’s wedding day, Tony and Laurie File flashed a smile on their way to get ready for a special day in 2020. In the backseat are Matteo Fortunati and Natalie File.

First responders see a lot of things most people never do.

Teens drag racing hit a tree and are ejected through a windshield.

A 15-year-old dies by suicide.

The aftermath of horrific crashes, overdoses, shootings, stabbings, suicide, death by fire, are just some of what paramedics, firefighters and police officers encounter at work.

For decades, first responders were told they shouldn’t get emotional after seeing something horrific — to suck it up.

Just hours later, they may use “graveyard humor” to cope with their encounters with death.

But what can happen when years of nightmarish experiences are bottled up inside a first responder?

For Tony File, it nearly meant ending his 21-year career and distancing himself from his loved ones while living with untreated post-traumatic stress disorder. He struggled with anger, drinking and irritability.

For years as a lieutenant with Charlotte County Fire & EMS, File tried not to let the things he encountered during his workday bother him. Even this year when COVID-19 brought more sickness, and overdoses rose after the stimulus checks came out, he and others kept bringing people back to life.

“I knew it had gotten to me, we’ve seen some things you just aren’t supposed to see — I wasn’t sleeping, I had anxiety and no way to deal with it,” he said. “I wanted help.”

File’s wife Laurie, whom he calls his rock, searched for counseling centers to help her husband. She knew her husband repeatedly experienced shocking, traumatic and frightening events. He’d seen victims with severe injuries.

She knew he was hurting.

He wouldn’t open up to her about what was bothering him, but maybe he could with someone who better understood his pain. However, she couldn’t find local resources for first responders.

Tony learned about an out-of-state program designed just for people like him. The International Association of Fire Fighters’ Center of Excellence in Maryland helps first responders struggling with mental health disorders and substance abuse problems. Treatment can relieve anxiety that’s developed months or even years later, after a triggering incident.

“I was in no shape to be around anyone when I went to the IAFF Center of Excellence,” he said. “I got in my truck and drove myself there. My family offered, but I refused.”

Even with good insurance, File learned, the center charges $1,000 a day for the 47 days he spent at the rehab.

“I needed every minute of it,” he said. “We did a lot of talking. I did some crying. I did something I didn’t think would work, but it did — yoga. It helps with breathing and clarity. I spent so much time working on myself.”

Due to COVID-19, visitations were limited. File could call his wife during the week.

“I learned there are still fire departments who don’t encourage getting help,” he said. “They say we have been doing this the same way for 85 years and it’s worked. I learned some were there in secret, for fear they would be fired for asking for help. They are told we have to be tough, no matter what we experience.

“But that’s really not true at all. By talking about our experiences — and learning that we’ve been through some of the same things and we haven’t coped with it right for a long time — is an important message.”

After hours of counseling, File learned what triggered so many untreated emotions. His youngest daughter was graduating. He spent years of seeing children victimized by relatives or who died in a crash, and now his daughter was growing up and leaving home.

“I couldn’t protect her anymore,” he said. “Deep inside, I knew if she was at home, I could protect her. But once she grew up and was on her own, I couldn’t always quickly be there for her.

“It triggered years of bad memories from my job. It brought me back on scenes that I hadn’t been on in years. These flashbacks and nightmares were clear as day. Some of them corresponded with a child who was my daughter’s age at the time. It triggered so many emotions. It was unbearable at times.”

By getting the help he needed, File was able to return to work. He was able to tell his boss when he might not be able to respond to a scene where something may trigger his PTSD.

Because he’s improving and sharing his story, File was asked to accompany another first responder to the IAFF’s Center of Excellence.

“I gladly went with him,” File said. “I knew the pain. I could walk in his foot steps. I knew he wanted the help, to feel better.”

Today, File interacts online with counselors and others from the program. He recently shared his story with members of Holly’s Hope, a nonprofit suicide prevention group. Members were astonished after hearing Tony’s story. They voted to start a regional support group in North Port for first responders.

Thanks to a donation, the support group will be led by a professional who welcomes those who need help. The group will focus on the thought that asking for and getting help are signs of strength and not weakness.

“The first woman who reached out to me from a support group said her husband suffered PTSD and she lost him to suicide a few days ago. I am so heartbroken for them. They just had a baby.”

“There was a season in my career when I had a gun to my head 30 years ago,” he said. “I was going through a divorce and contemplated suicide. I know what it’s like to be that desperate. First responders need a safe place for them to go.”

Van Helden said the department uses Charlotte Behavioral Health Care in Punta Gorda for mental health training. The department also pays for a monthly support group for any first responder to attend and do follow-up counseling.

“Park Royal (is a facility for mental health and substance abuse issues) is a more local facility than the one in Maryland,” he said. “Where Tony went is solely dedicated to firefighters, EMTs and paramedics. The facility in Fort Myers is generalist, for everyone.

“I am a huge proponent of mental health, no matter if it’s accumulative stress, which is what I battled, or specific incident-related issues like seeing a baby drown — it’s important no matter what to get help,” he said.

“I went to an EMS conference a few years ago. They did a world-wide study and found that one-third of first responders will consider or contemplate suicide in the course of their career. So we got to stay ahead of the game.”

For File, this year ended on a positive note. He attended his son’s December wedding. Tony gained a daughter-in-law that his son Joe pledged to protect and serve.

"A world-wide study … found that one-third of first responders will consider or contemplate suicide in the course of their career. So we've got to stay ahead of the game."

Help for deputies, too

Firefighters and paramedics aren't the only first responders who may find it difficult to deal with things they encounter during their work.

Law enforcement officers are exposed to traumatic situations as well.

Charlotte County Sheriff Bill Prummell said his deputies can ask for help at any time.

"We are a family," he said. "When something is wrong with a family member, we get that person help. We know incidents impact people differently — but when we have one, we talk about it. We bring in the dispatcher as well to review the call and make sure they are OK. If they aren't, we don't send them to the next call as if nothing happened."

In Sarasota County, former Sheriff Tom Knight said there are programs for deputies.

"We know policing has changed," he said. "People don't look at law enforcement the same as they did years ago. We also know the job is tougher than ever. We are put in situations we shouldn't be, but have integrated it into the job. We make split-second decisions that impact us for life. We give our people mental health training. We also work with any deputy who needs help. We encourage getting help. We don't want the issues festering or them suffering, especially when there's help out there."