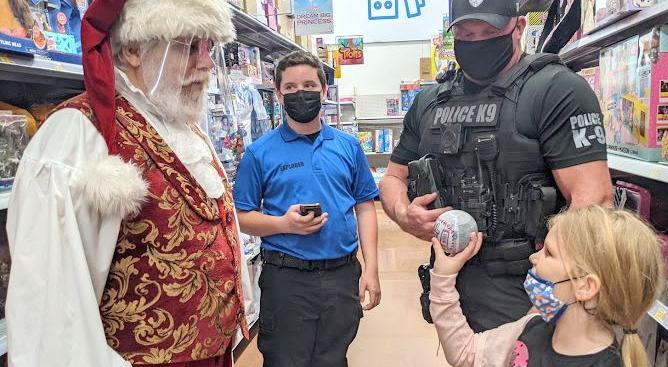 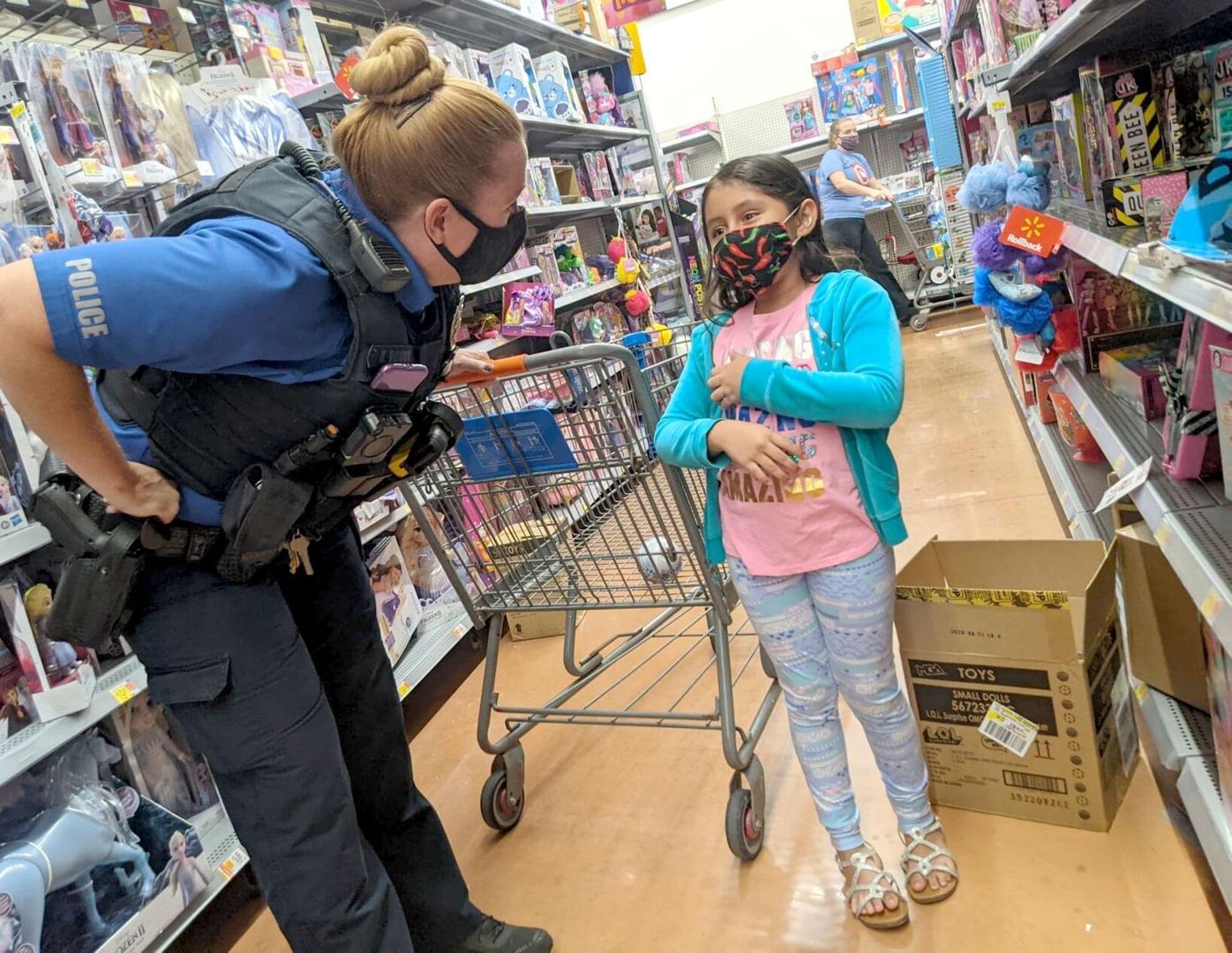 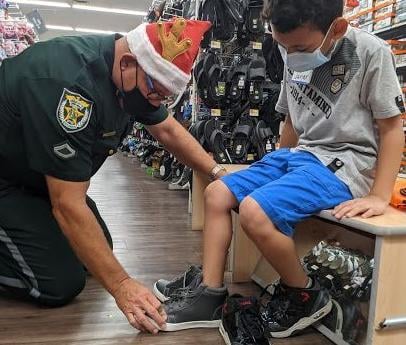 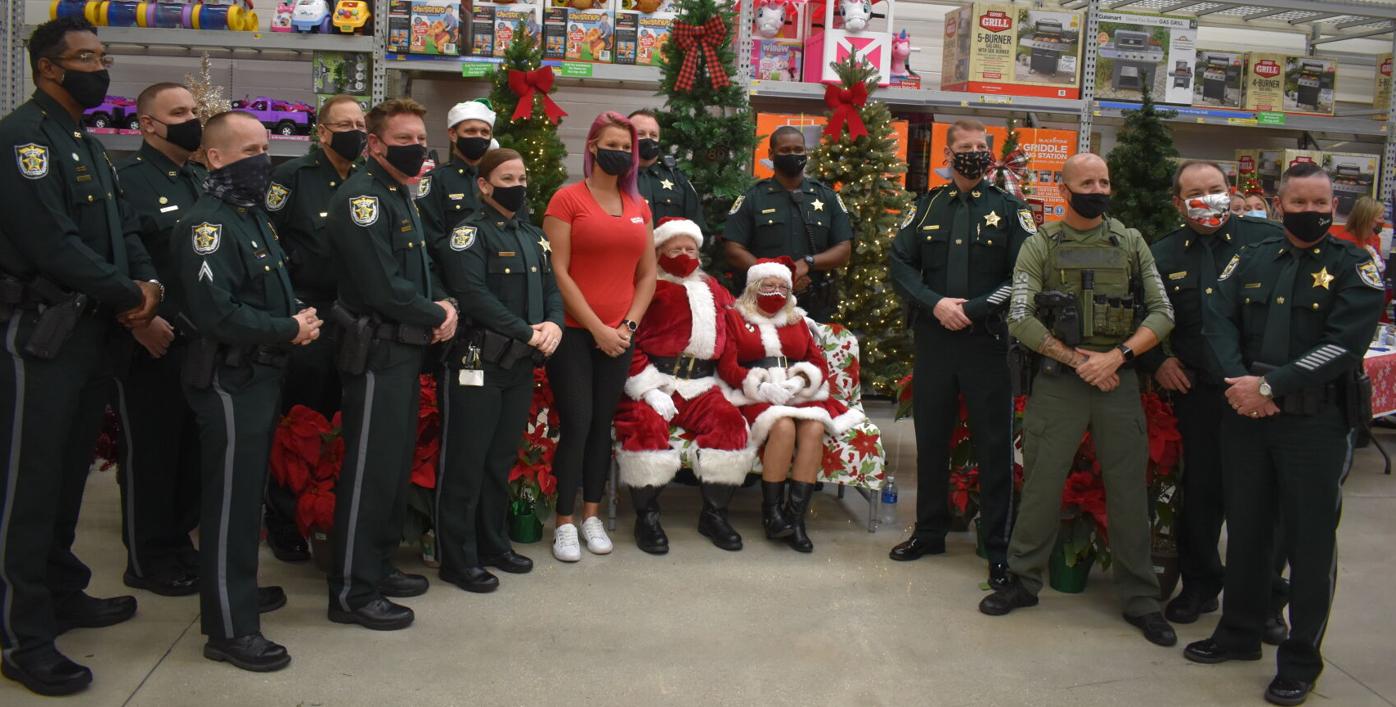 Local law enforcement deputies pose with Santa and Mrs. Claus at the Shop with a Cop event. 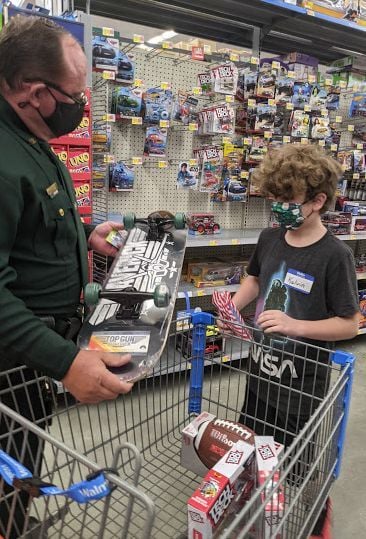 Vineland Elementary School student Kalvin Anderson, 10, picks out a “Top Gun” skateboard with Cpl. Bill Buchinsky at Shop with a Cop in Englewood. 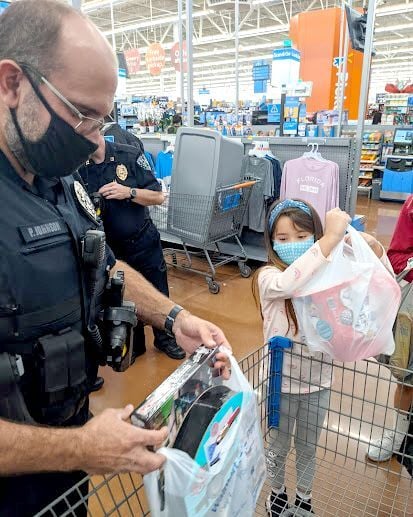 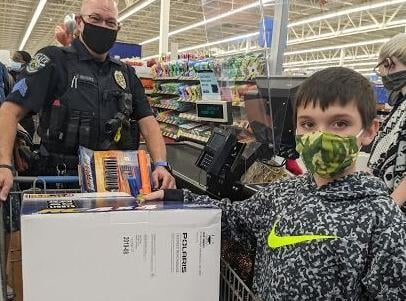 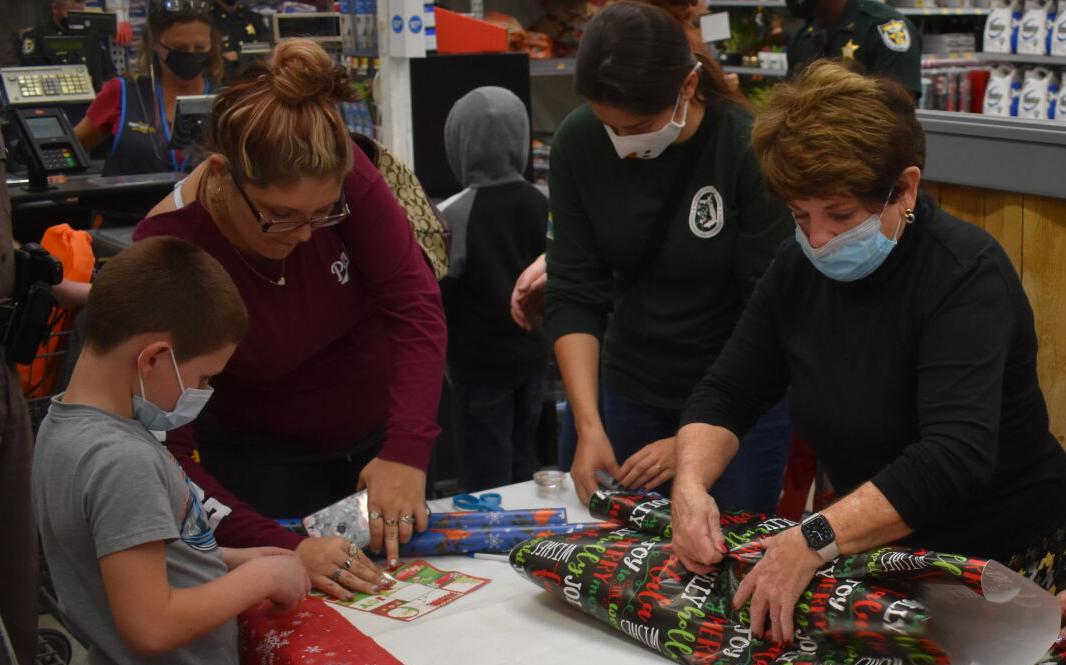 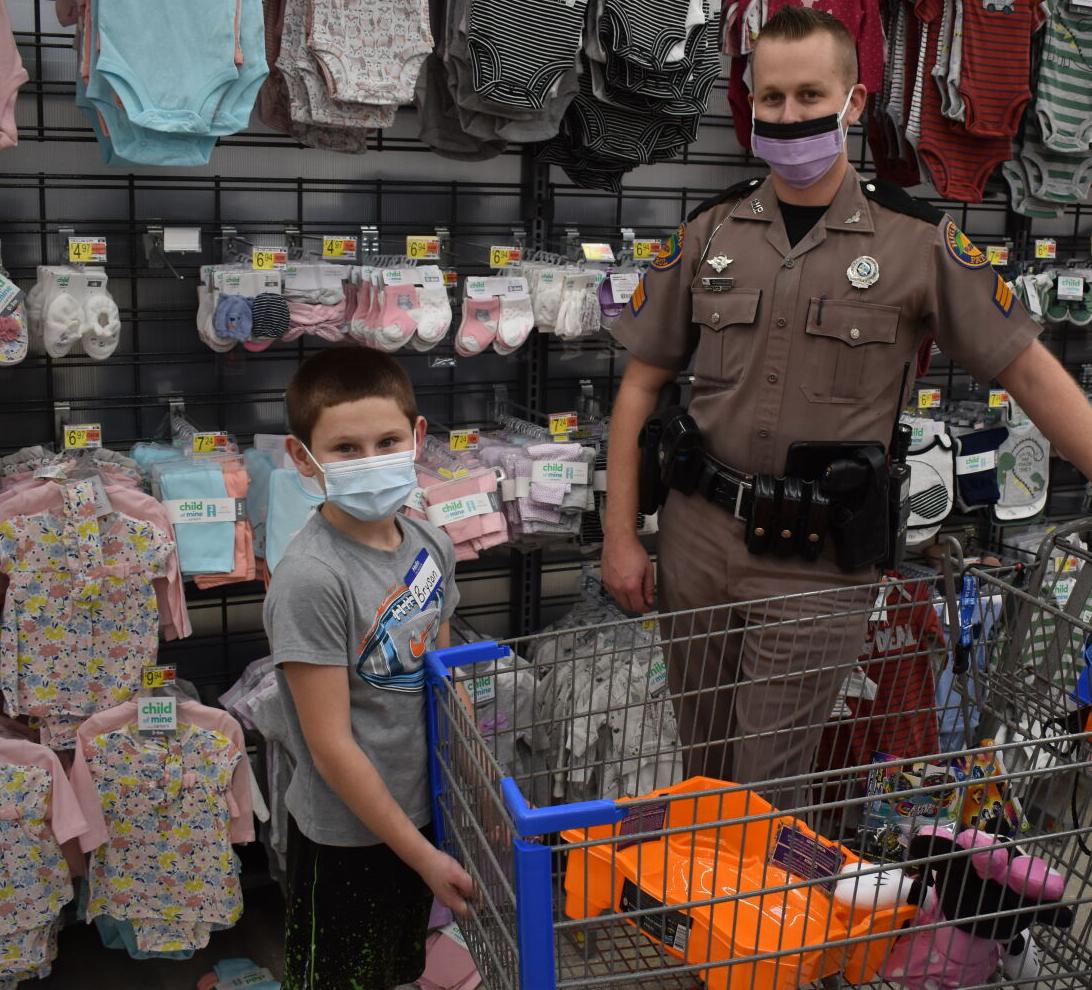 Local law enforcement deputies pose with Santa and Mrs. Claus at the Shop with a Cop event.

Vineland Elementary School student Kalvin Anderson, 10, picks out a “Top Gun” skateboard with Cpl. Bill Buchinsky at Shop with a Cop in Englewood.

The deputy and Myakka River Elementary School student looked at each other puzzled. Then the man said, “She looks like she needs to learn to fish like my grandchildren.” The stranger handed Miller $40 cash and said, “Now she can.” He walked away.

“That’s the kind of great people who live here and love children,” Miller said during his recent Shop with a Cop outing at Walmart.

For the past 16 years, the Charlotte County Sheriff’s Office has put on the event as a way for children to have positive interactions and one-on-one time with law enforcement during the holidays.

Students between second to fifth grade selected by their guidance counselors received $100 Walmart gift cards and had the chance to shop for their families and themselves alongside the officers.

“We’ve had people come up, ask what’s going on and give us a donation,” Charlotte County Sheriff Bill Prummell said. “We are so grateful because this year is different than any in the past. We weren’t able to go to homeowners’ associations to ask for donations like we normally do. Despite it being a tough year for everyone, we were able to help children in Charlotte County through the kindness of others.”

As deputies walked around Walmart with children, some customers who stumbled upon the event stopped to donate.

“It’s rewarding to see that, everyone jumps in,” Miller said.

Some kids came prepared and had a shopping list ready to check off: skateboard, Pokemon, outfit for little sister.

“This is all he’s talked about for a month and a half,” said Taylor Freed, mother of an 8-year-old who was waiting in line for his chance to shop with a cop. “Very excited.”

At the Englewood Walmart, Miller, and a shy-at-first Stewart and her grandma Jennifer King, spent time in the Barbie aisle.

“I understand Barbie dolls, I have a daughter,” Miller said. “I love shopping with the kids. I like to play with the toys too.”

Over in the shoe section, CCSO Deputy Louis Henyecz helped his new buddy Javier Rubio try on sneakers. Rubio wanted a new pair with some of the money he had on a gift card which allowed him to shop for himself and family members.

“I look forward to this every year,” Henyecz said. “It’s one of the highlights of the job.”

North Port Police officers attended the North Port Chamber’s annual holiday party earlier this month. They explained their goal was $10,000 to shop with 100 North Port students in need this Christmas.

“We were amazed,” Sgt. Scott Miranda said. “Chamber members gave us more than $6,500. It really helped us meet our goal. We were able to help 112 students. We are making 112 Christmases, the way I look at it. Each student gets a $100 gift card to shop with an officer.”

The department said the need was greater than ever. Like in Charlotte County, the NPPD works with school guidance counselors, teachers and resource officers to select families who were struggling.

Braden Hanks, 16, and Joey Taylor, 15, members of the North Port Police Explorers, kept totals for the officers so they could pay closer attention to the students and get to know them better.

“This is my first year doing it, and I’m think it does a lot for the children,” Taylor said, who also helped at the recent Protect & Serve fundraiser at Buffalo Wings & Rings, where officers served diners to raise money for the Shop with a Cop program.

“We picked some families that suffered through domestic violence situations and wanted to brighten their Christmas,” said officer Joe Fussell. “We know it’s been a tough year for so many people. We are working to make it better.”