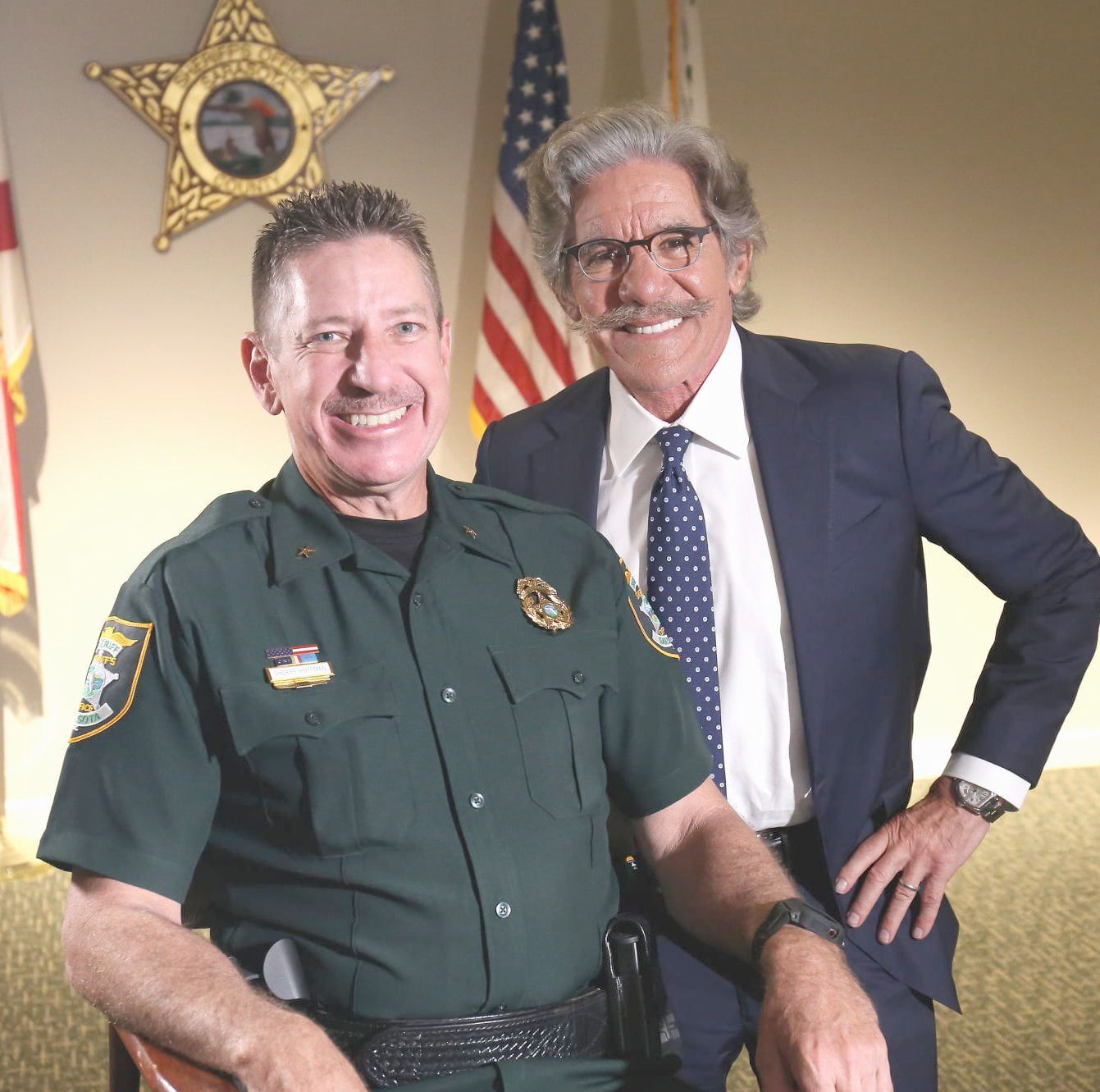 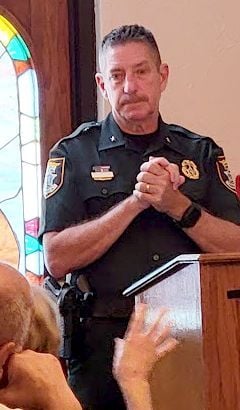 Kurt Hoffman talks about his first few months as the new Sarasota County Sheriff to a group recently at the Olde World Restaurant in North Port. 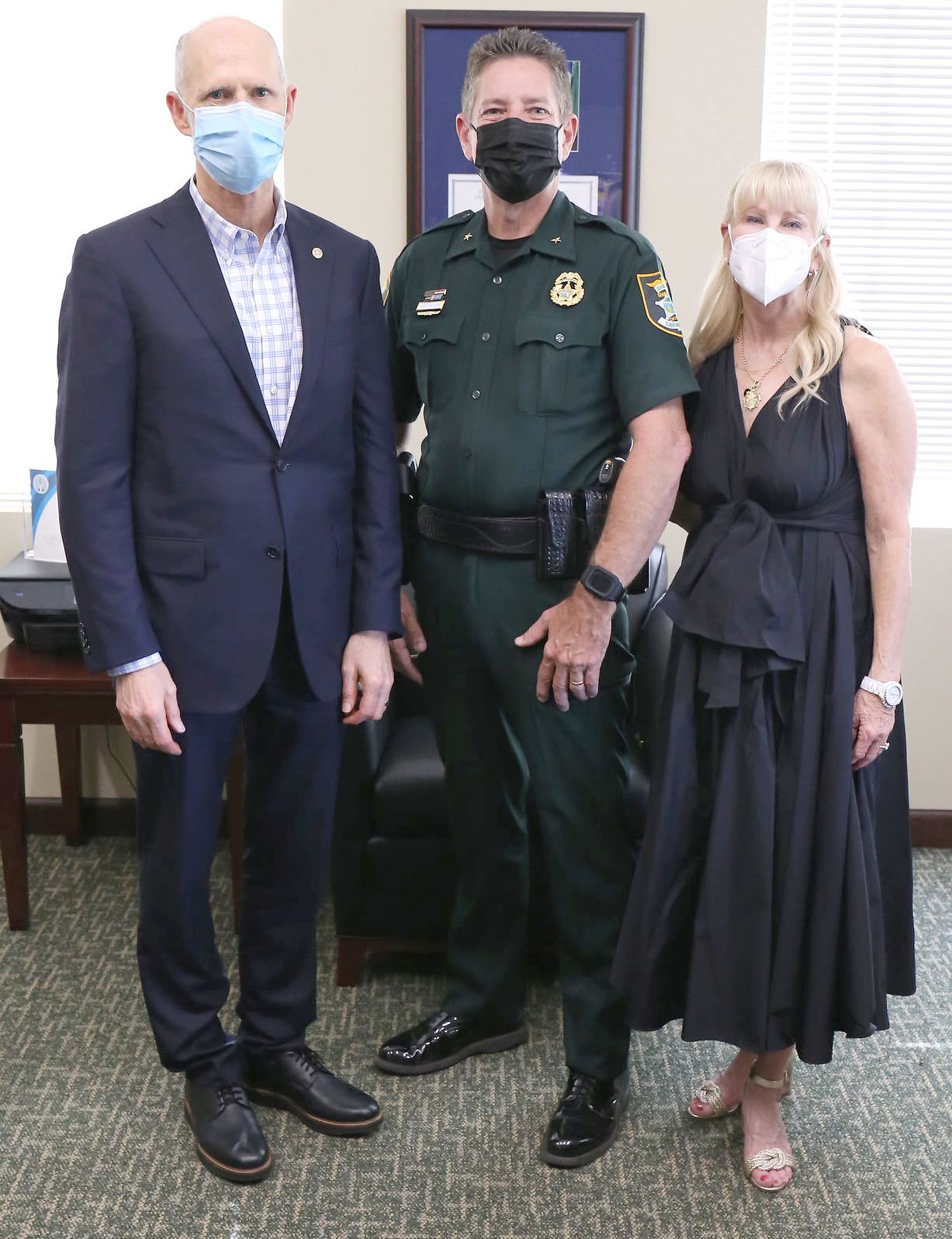 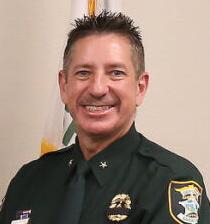 Kurt Hoffman talks about his first few months as the new Sarasota County Sheriff to a group recently at the Olde World Restaurant in North Port.

In January, Kurt Hoffman was sworn in as the 11th Sarasota County sheriff after Tom Knight retired after 12 years in the post.

The Daily Sun caught up with Hoffman to learn what he’s been up to as the six-month mark of his administration approaches.

Is there such a thing as sheriff school for new sheriffs?

Yes. I was a part of one of the largest Florida Sheriffs Academy for new sheriffs. There were 13 of us in the class. We talked about reducing crime and best practices. I used it as a mentoring session for some of the other rural-area sheriffs with smaller departments and less resources.

Are you communicating with elected officials to inform them about the needs of the sheriff’s office?

Yes. I met with Attorney General Ashley Moody, whose husband is in law enforcement. She is very proactive for law enforcement. I met with the Florida Department of Financial Services Chief Financial Officer Jimmy Patronis and showed him our Sarasota headquarters. I also had lunch with Gov. Ron DeSantis. He’s very pro-law enforcement. U.S. Sen. Rick Scott and his wife Ann came to the sheriff’s office. He shook hands with every officer in my building that day. If you don’t think Sarasota is plugged in, you are wrong.

What are some of the things you have already done as the new sheriff?

Lots. One is we worked on the 2021-2025 Strategic Plan. This is the first one that has my finger prints on it. We also held a veteran-focused roundtable to discuss veterans’ housing, access to VA benefits, support for veteran inmates, employment, (post-traumatic stress disorder) and mental health treatment. I look forward to more of these discussions and potential partnerships with veterans groups.

Do you believe in body-worn cameras for all SCSO deputies?

We practice rightful policing, which means our deputies treat people the way they want to be treated. Our internal affairs complaints are dropping. We’ve seen the highest crime reduction in the state. I’d rather keep it that way than spend $2.1 million for body-worn cameras. Minnesota, Atlanta and Louisville police all had body cameras and you see what happened. If you are not changing the culture at your department and not hiring the right people, the cameras won’t matter.

Are you working with the former sheriff, who is the new CEO of First Step in Sarasota?

We are working to incorporate unique ways the agency treats vulnerable populations. Our approach is to share information about crucial mental health and crisis intervention training, de-escalation techniques, community partnerships and jail programming. Tom is going to the County Commission to ask for more mental health funding.

What can be done better at the Sarasota County Sheriff’s Office?

No offense to my old boss, but I believe we can work more closely with the other police departments in the county. I’m working more closely with police chiefs. I’ve been to city commission meetings in all cities in Sarasota to talk to commissioners about our programs and services. I’m deputizing North Port police and other officers so they can help make drug and other arrests in unincorporated Sarasota County. If someone buys drugs in North Port and runs to Warm Mineral Springs in hopes that North Port police are out of their jurisdiction, the drug dealer will be surprised because those officers can make arrests. We are going after these meth and fentanyl dealers.

What are the most complaints you hear locally?

Traffic. Some say we don’t write enough traffic tickets and others say we write too many. The SCSO works 82% of crashes in the county.

What is the biggest crime SCSO is dealing with countywide?

Fraud is No. 1. We just had a case where the Department of Children and Families protected information of about 2,009 identities was stolen. The suspects spent almost a quarter of a million dollars at the UTC Mall in Sarasota. There was another huge Cares Act attempted fraud case where we made multiple arrests for $4 million in fraudulent claims. We are establishing a Special Fraud Unit to combat this type of crime.

Has the defund the police movement impacted SCSO?

After all these Black Lives Matter calls to defund the police, it was time to explain to the community how we serve the local minority population. For over 17 years, we have been offering alternative programs to keep people out of jail or give them the resources they need. Of the programs that Black Lives Matter recommended, we are already doing seven of them.

Are law enforcement officers being demonized?

We’ve seen a mass exodus of officers leaving Atlanta and New York. We’ve seen the loss of 133 police officers who died in my 139 days as sheriff. It’s time to change the narrative about policing. We created a (“How We Serve”) series for the community to learn more about how we police in Sarasota County. We show how we are already using funds to help our vulnerable populations. We have Homeless Outreach Teams who helped 420 homeless. We have a program for those who are addicted in the jail. We have veterans programs.

After the death of George Floyd while in police custody in Minnesota, it seems policing has become a challenge. How do you deal with it locally?

The rhetoric that officers are portrayed as racists by the media and the Biden administration is not helpful. We’ve been called murderers. It’s unfair. I wish the vice president and president would support law enforcement like my community does.

How many openings do you have for sworn positions?

We only have one opening at the department with 1,000 sworn positions. Our retention of officers is outstanding. We are not like some areas where cops are leaving. Since 2019, 638 officers left law enforcement, 65 recently left Louisville.

You penned an op-ed about Second Amendment rights. What’s the message behind it?

I reviewed President Biden’s proposal and gave my opinion as the sheriff. One has to look no further than Los Angeles, Detroit, Baltimore, Seattle, Chicago, or other Democrat-controlled cities to see that draconian restrictions on citizens’ right to protect themselves do not make those communities safer. They make them more dangerous. In the city of Chicago, 706 people have been shot since the beginning of the year, yet the city touts its gun restrictions as some of the toughest in the nation. The Sarasota County Sheriff’s Office reduced violent crime by 54% by specifically focusing on crime and criminals, not on disarming our citizens.

SARASOTA - Fentanyl, along with methamphetamine and heroin, remain among the "more problematic narcotics" throughout Sarasota County, authorit…