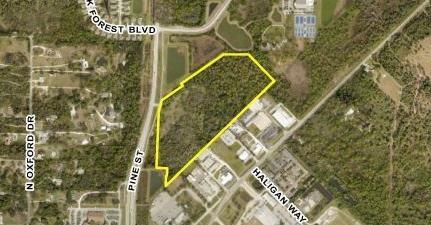 Sarasota County Commissioners approved a Comprehensive Plan change that would allow 30 homes behind the Englewood Post Office off River Road. 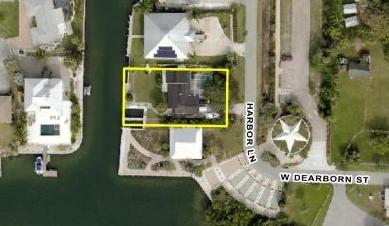 Sarasota County Commissioners approved a zoning change that would allow a home office at this home at the end of West Dearborn Street, across from Veterans Park. 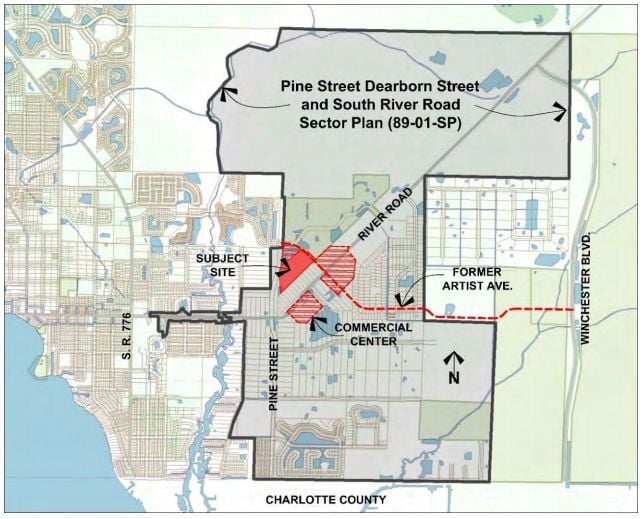 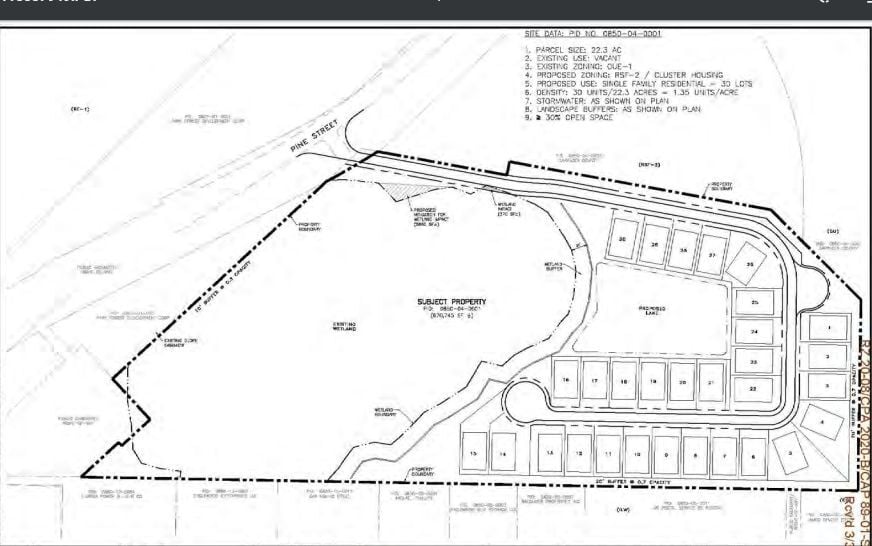 Sarasota County Commissioners approved a Comprehensive Plan change that would allow 30 homes behind the Englewood Post Office off River Road.

Sarasota County Commissioners approved a zoning change that would allow a home office at this home at the end of West Dearborn Street, across from Veterans Park.

The largest of the two rezones will ultimately see the construction of 30 homes on a 22-acre parcel next to the Pine Street entrance to the Englewood Sports Complex and behind the Park Forest subdivision.

Identified as Paddock Pines on the application filed with the county, a concept plans shows the 30 homes clustered around a lake in a cul-de-sac. The eastern 10 acres, which contains a wetland, would remain a conservation area according to the concept plan.

The application materials identified the owner as Ted Terry of Georgia-based Park Forest Development. Terry is represented by Bo and Joe Medred of Genesis Planning and Development.

On the county’s comprehensive plan, the property is designated as part of a commercial center, thus the need for a change from commercial to moderate-density residential on the plan.

A staff memo analyzing the change in designation noted that “the property is now more suited to residential.”

No public comments were submitted for Tuesday’s public hearing on the matter, nor did any member of the public appear to comment at a required neighborhood meeting or the planning commission public hearing.

Despite the approval of the rezoning, development cannot proceed until state and other agencies complete a review of the change to the comprehensive plan. After that review is done, commissioners will hold a public hearing on Nov. 17 to formally adopt the new designation.

In the other land use change in Englewood, commissioners also approved a change to zoning for a property at 20 Harbor Lane off the very end of West Dearborn Street.

The property is currently zoned for residential single-family and the owner requested a change to Residential/Commercial Transition Overlay District, a designation for much of that area.

The owner requested the change to allow for the use of the property as a home office, and a staff report noted that there would be no change to the allowed density.

The county’s advisory planning commission had previously recommended without comment that commissioners approve the change.