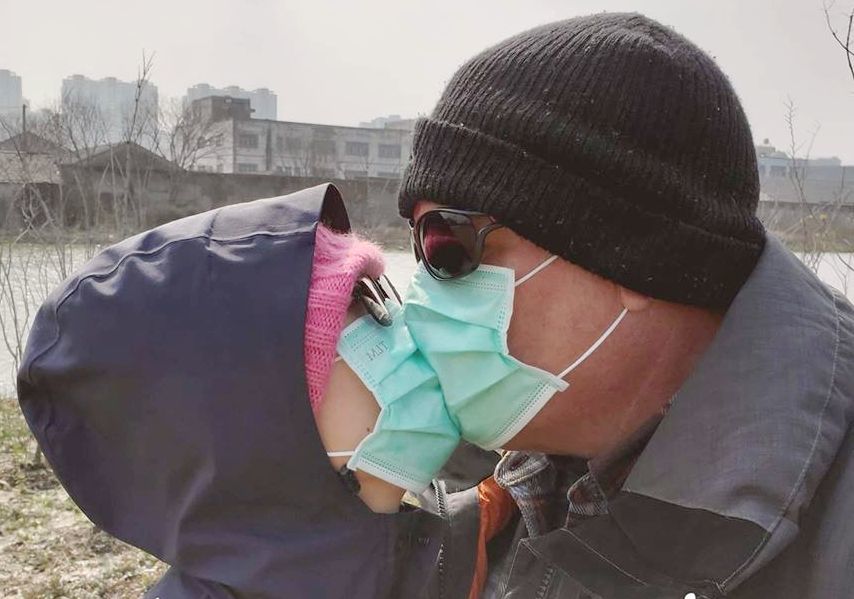 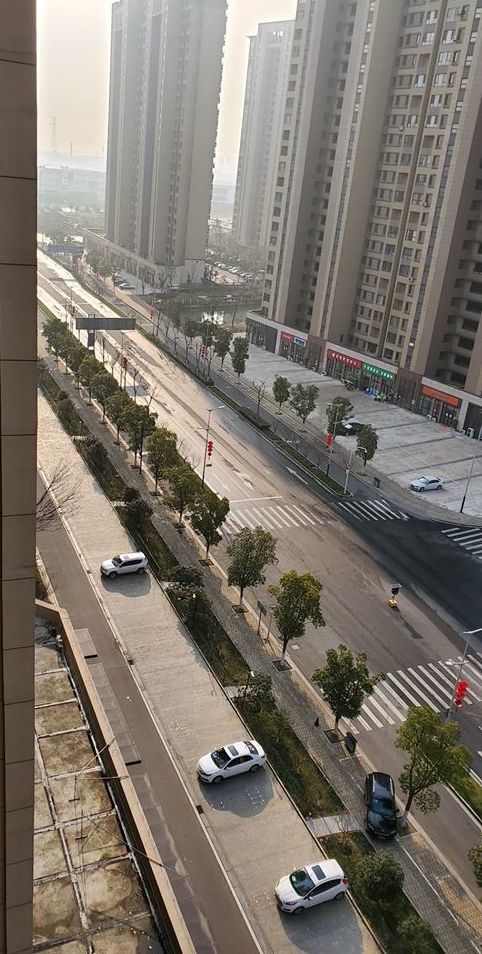 A view from the apartment where Dave Andrews lives in China shows how few people are out and about in a city of 14 million after the coronavirus spread.

A look inside Dave Andrews’ plant in China. 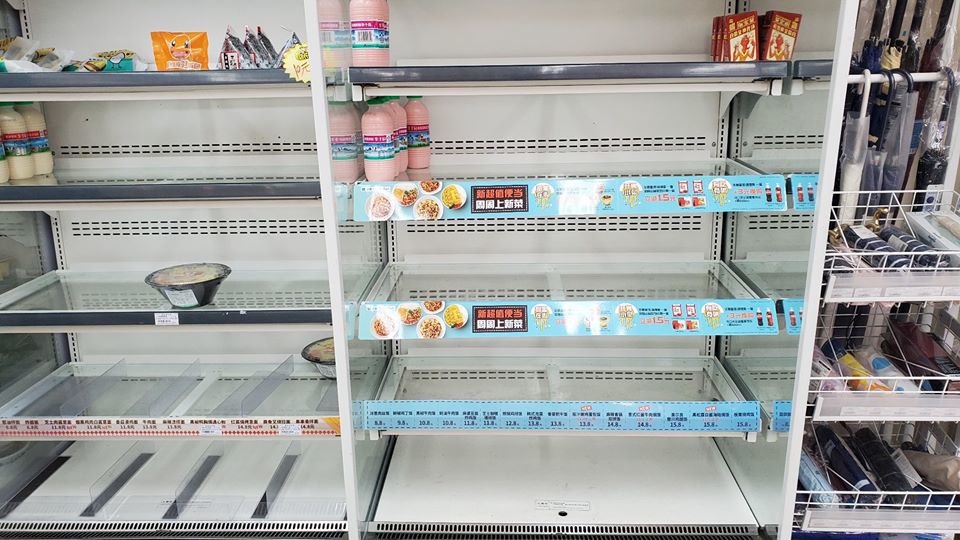 Dave Andrews said there are few items on the shelves in stores in China. Deliveries are hard to come by after the spread of the coronavirus. 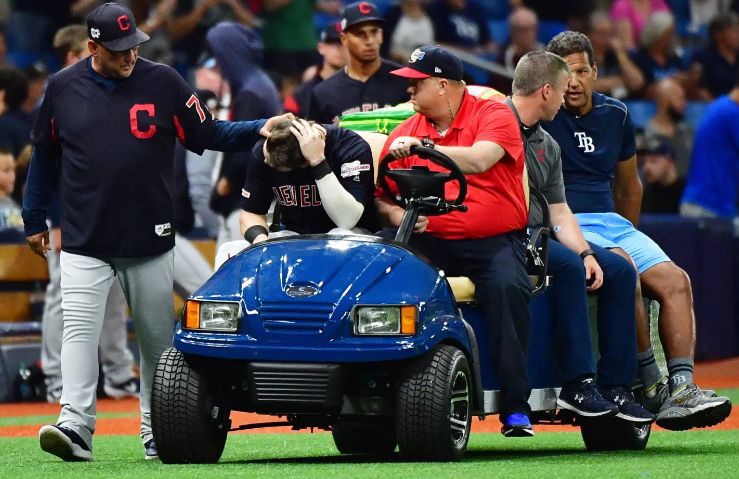 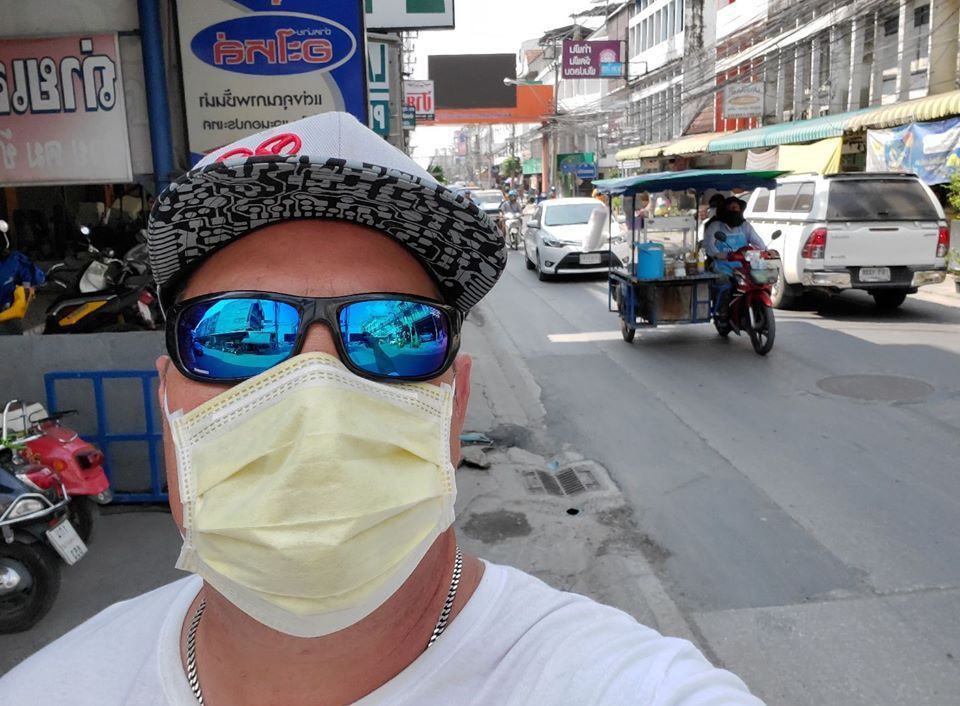 A new way of life is wearing masks everywhere in China to help prevent the spread of the coronavirus.

A view from the apartment where Dave Andrews lives in China shows how few people are out and about in a city of 14 million after the coronavirus spread.

A look inside Dave Andrews’ plant in China.

Dave Andrews said there are few items on the shelves in stores in China. Deliveries are hard to come by after the spread of the coronavirus.

A new way of life is wearing masks everywhere in China to help prevent the spread of the coronavirus.

Dave Andrews lives and works in China. The former North Port and Sarasota County resident manufactures solar electric, low-speed vehicles — with solar panels on top — and exports them to golf cart dealerships and other vendors in this area and around the world.

Andrews was doing well until about a month and a half ago. That’s when the coronavirus hit in the city of Wuhan in central China. It is about 400 miles from Andrews’ home and business in Suzhou, near Shanghai. Now his production plant is closed down and he hasn’t had contact with some of his 14 employees.

Andrews is no stranger to hardships. Before he went to China, Andrews became drug addicted. He went to rehab. After he was clean, he was nearly homeless and broke. He begged a friend for a temporary job in Sarasota.

He was hired full-time and later sent to Asia to help the company expand. After living in China for a few years, he started his own company, Cruise Car Inc. He flies his children from Sarasota County to China each year to spend time with them.

Now he is wondering about the future of his company with work stalled by a situation he can’t control that has no solution in sight.

The Sun reached out to Andrews to learn how the coronavirus has impacted him and his business in China.

How far away are you from where the reported outbreak occurred?

The coronavirus already impacted my neighborhood and business. The city I live in is 14 million people.

Are they bringing in food or is it really hard to get these days?

There are limited supplies and most places are still closed. Almost everything is on lock-down or limited.

What will you do if the supplies run out? Have you thought about leaving? Has the American government reached out?

There are no flights to leave on. They are sending people to other cities in China, but all of the airlines have canceled service. Right now we are not forced to stay inside, but it’s definitely encouraged. When we go out there are health checkpoints everywhere. I’m not allowed to go outside without a mask. We are wearing N95 masks (designed to filter out 99.9% of viruses and bacteria). We have little info from the government other then to stay inside, wash your hands frequently, wear masks and avoid others.”

Does the government take your temperature as a precautionary quarantine procedure no matter where you go?

Guards are posted everywhere taking temperatures of everyone. I’ve been on the subway a couple of times since the outbreak. They are empty. But, normally you can barely find standing room.

Even to get in my own home, I have to prove I live here to get in the gates. I have to do it each time. I’m not allowed visitors in or out. Hospitals are struggling. Some people have to wait overnight to see a doctor. Kids have to stay home and do online classes. Schools are closed until March.

How long have you lived there and what’s your job in China?

I was sent here to run a branch of a Sarasota company I was working for in 2013. Then I split off and opened my own export business and sell to Cruise Car Inc. in Sarasota. I make custom hand-fabricated low-speed vehicles with renewable energy capabilities. I also met my wife Lu Yang here. She works with me.

What does your factory do?

We make custom golf carts. Last year, Cruise Car won the contract for the Hong Kong Disneyland aluminum vehicles. The Tampa Bay Rays needed a two-passenger electric EMS cart and a full ambulance cot/stretcher with room for additional medical equipment, and we made it for them.

We offer 100 vehicle models and with over 100 options. In 2017, Cruise Car was also awarded the NJPA contract (Sourewell) and is now a vendor to over 50,000 municipalities, universities and nonprofits, and the government veteran’s administration. Our customers include resorts and corporations such as Universal Studios, Paramount Studios and Warner Brothers.

Has your company done anything innovative?

Cruise Car is best known for innovating solar canopies that are a popular option. I make them and export to them Sarasota. Cruise Car Inc. is also the first company of its kind whose primary mission is to provide sustainable, alternative transportation solutions for corporations, government facilities, universities and countless other fleet buyers throughout the USA and around the world.

So if you had to come back to the U.S. and stop production, would that hurt your business?

I can’t get supplies or shipping. All I have worked so hard for may be lost soon if things do not improve here.

What about your employees?

I have seven employees, but have yet to hear from all of them. One is quarantined for 14 days.

Have you stopped production?

We have been closed for a month with no end in sight. We are due to open back up on Monday. But that doesn’t mean others are open that I need to get my parts from.

Do you worry about yourself and your wife’s health?

We are OK. I’m more concerned with suppliers and civil unrest with people fighting for food and supplies. We are stocked up for now with noodles, eggs and rice.

What are you hearing about the virus?

Rumors are flying around about the USA planting the virus. People have also said the CCP (Chinese Communist Party) planted it to stop the Hong Kong protests. What I do know is I’ve been through a lot here.

What are you doing in your spare time?

I have been posting stuff on my YouTube channel so I can direct people to it for updates. I’m not a reporter. I am a content creator. I also am fixing my drones. My inbox has been going nuts because people are concerned. They can’t send care packages because there’s no one to deliver them. It’s like living in the movie “I Am Legend.”