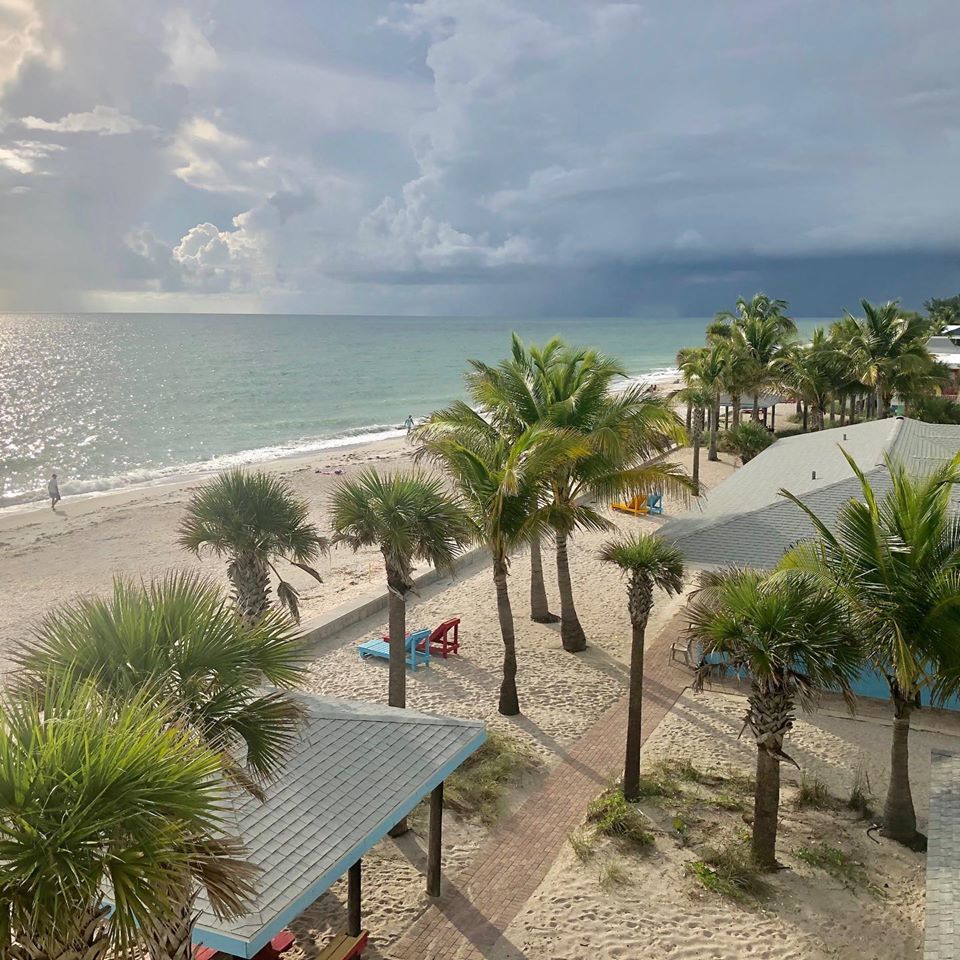 With views like this at WannaB Inn on Manasota Key in Englewood and other vistas like it around Southwest Florida, hotels and rentals look forward to vacationers returning to the area. 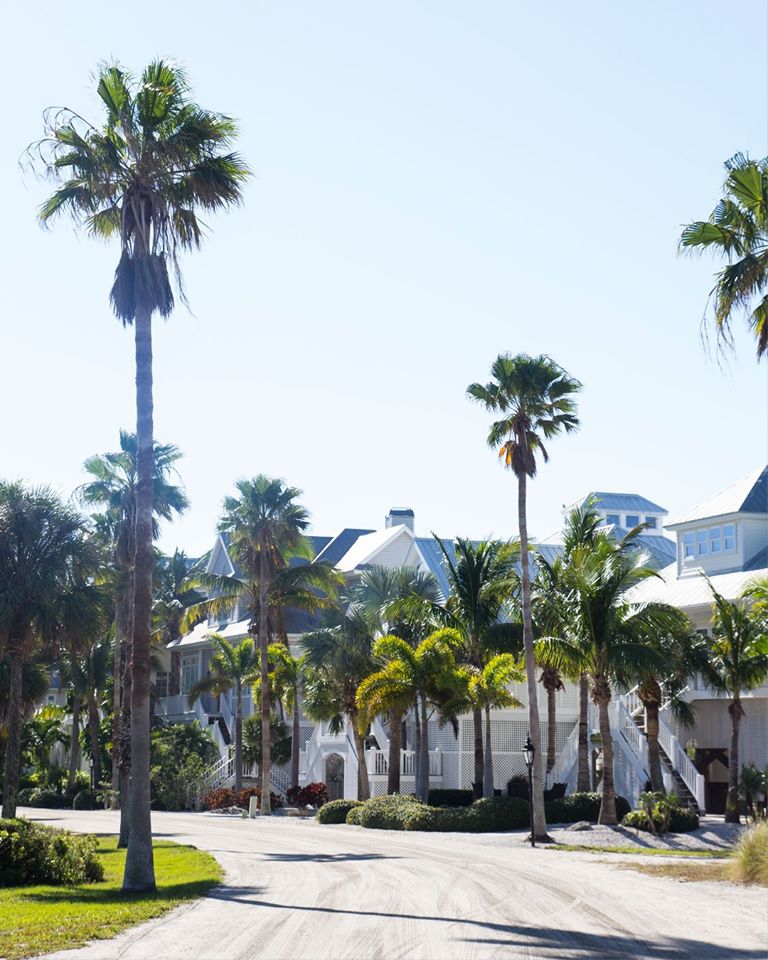 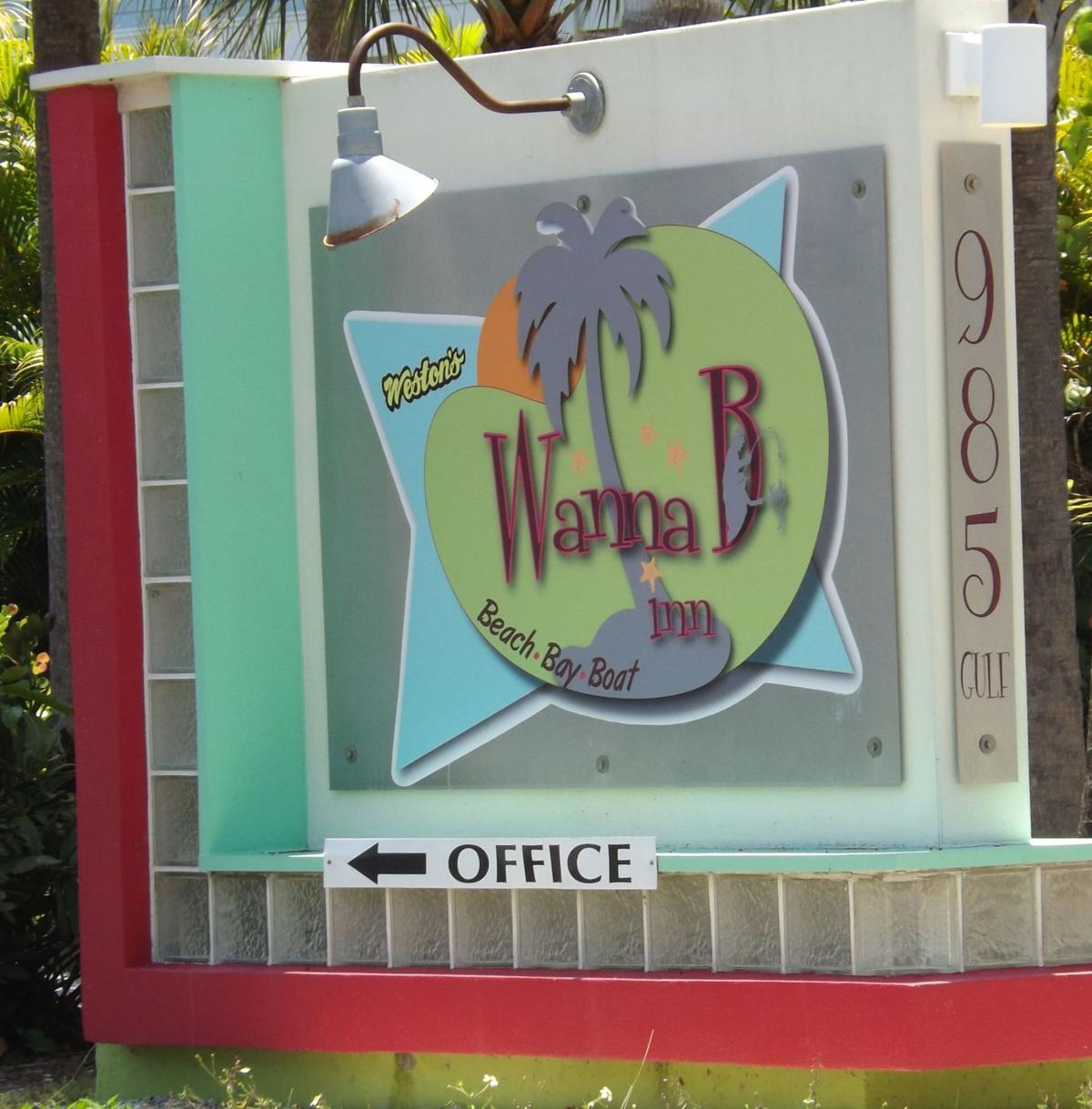 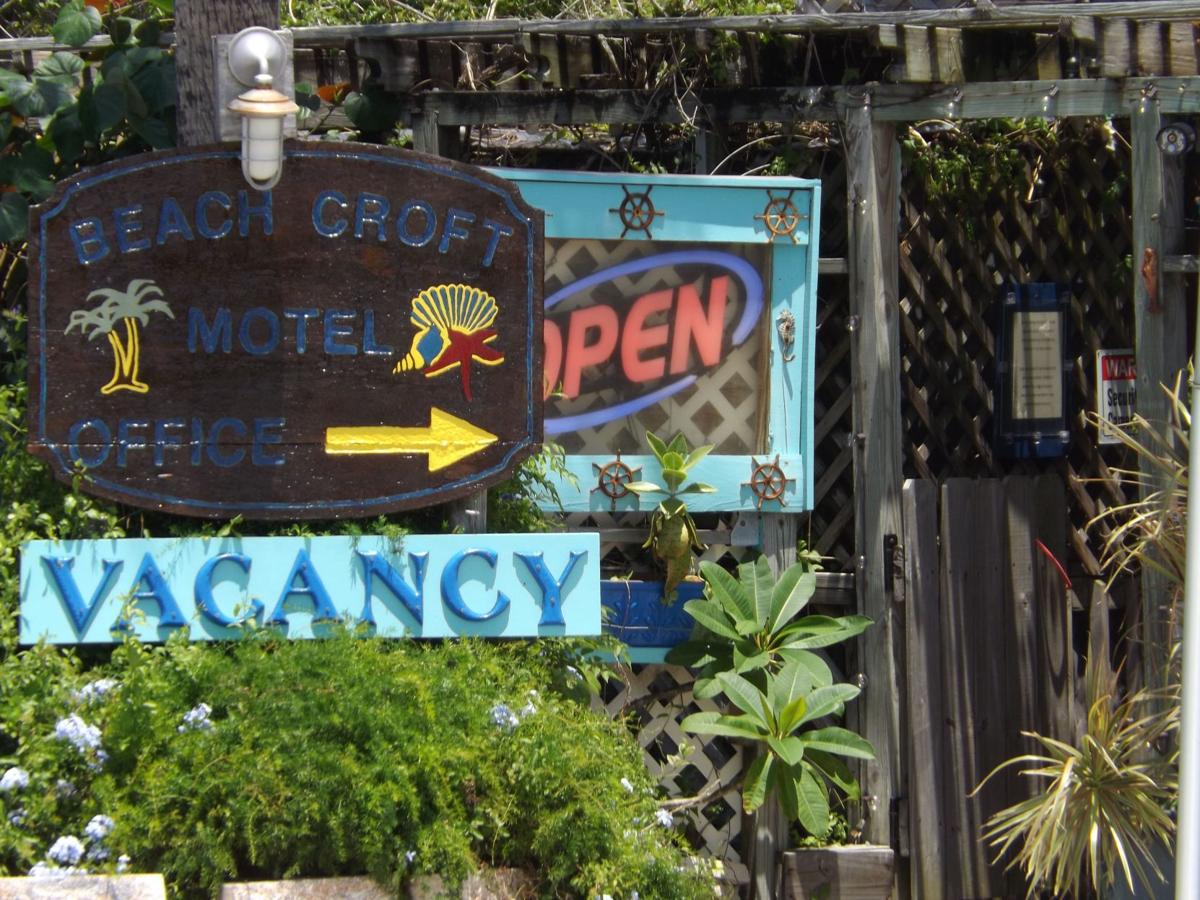 Like other vacation hideaways, Bret and Sharon Stone are also thankful to be reopened and able to book people in the seven efficiency units of their Beach Croft Motel.

With views like this at WannaB Inn on Manasota Key in Englewood and other vistas like it around Southwest Florida, hotels and rentals look forward to vacationers returning to the area.

Like other vacation hideaways, Bret and Sharon Stone are also thankful to be reopened and able to book people in the seven efficiency units of their Beach Croft Motel.

With the onset of the coronavirus and the shutdown of vacation rentals, Palm Island Resort management did what they hadn’t done in more than 30 years.

They laid off employees.

The resort, which encompasses a good portion of Knight Island on the Gulf of Mexico, laid off 70% of its personnel — approximately 150 employees who held “off-season” jobs with housekeeping, Rum Bay restaurant, retail shops and other support positions serving the resort’s vacation rentals, said Rick Burnette, general manager.

It was unprecedented for a business that would just be winding down from its busiest time of the year. But the COVID-19 pandemic hasn’t made this like any other year for the resort industry.

“We give them updates,” Burnette said, describing the loyalty the resort built with its employees. “Everybody is anxious to come back to work.”

READY TO COME BACK

Palm Island Resort itself is made up of a mix of rental units and privately owned residences on the bridgeless barrier island near Englewood. In light of the pandemic, the resort posted its policies on palmisland.com. The resort management had hoped last week the state would lift restrictions before Memorial Day weekend, according to the website.

Charlotte County commissioners mapped out Tuesday a plan to restart the local tourist rentals. The state approved the county’s plan Wednesday to allow vacation resorts and rentals to reopen, with some conditions and restrictions.

Burnette cautioned no one should expect vacation rental demand to go from empty to full immediately.

History has taught, he said, that in the beginning of August, the resort traditionally sees people turning their attention away from vacation planning and toward preparing children for the upcoming school years.

Bret and Sharon Stone are also thankful to be reopened and able to book people in the seven-efficiency units of their Beach Croft Motel, located at the north end of Englewood Beach on Manasota Key. They have no employees and maintain the motel themselves.

“We’re getting calls from new people,” Bret said. He’s not expecting business to pick up until October.

Most affected by the governor’s order will be bed-and-breakfast operations, condominium and other vacation rental residences. Charlotte County estimates the owners of 7,000 vacation units will now be able to book guests.

Reservations from “COVID-19 hot spots,” those identified by Gov. Ron DeSantis, are to be avoided for the next 45 days. Florida’s Miami-Dade and Broward counties fall into that category. Most of Florida, including Charlotte, Sarasota, Lee and DeSoto counties do not.

Whether one unit or 100 units, the county’s guidelines require the owners of vacation rentals to follow CDC-recommended cleaning procedures and other safety precautions. They also must allow a minimum of six hours between rentals of the same unit.

Local hotels have remained open during the pandemic and were not affected by the vacation rental closure. However, the bookings of rooms have dropped.

“We are hoping it will pick up,” said Kissori Deyeram, manager of Holiday Inn Express & Suites, near Interstate-75 on Sandhill Boulevard in Port Charlotte. The hotel has seen a significant drop in its bookings, but Deyeram hasn’t had to lay off any staff.

A reliable barometer of how many visitors come to the area is the revenue generated by Charlotte County’s tourist tax. The tax is an additional 5% tax charged for hotel and other short-term rentals six months or less.

The April numbers aren’t in, but the county is bracing itself for the worst.

“The loss is going to be shocking,” county tourism director Wendie Vestfall suggested, referring to tourist tax collections for April and May.

In March 2019, Charlotte County broke $1 million collected in tourist tax. However, a year later, when the pandemic closures were first enacted on March 28, the county saw a $300,000 drop in tourist tax collections.

August, because of the summer heat and school years starting on the horizon, tends to see the fewest vacationers. Vestfall doesn’t expect a return in vacation bookings until late August or into September — and much will depend upon consumer confidence.

The phones at Islander Properties, she said, “have been ringing off the hook” with people wanting to know when they can rent vacation residences on Knight and Don Pedro islands off Cape Haze in Englewood.

During the six or more weeks of the pandemic shutdown, Madden estimates $500,000 in rental revenue was lost. But she expects the 30 properties her small firm manages will be completely booked for June and July.

The CDC guidelines won’t be a problem since existing housekeeping practices for island rentals mirror what the CDC encourages.

Madden suggested, “We will just have to step up our game.”

Thursday was Janet Hansen’s third day as the general manager for the WannaB Inn on Manasota Key in Englewood. She’s now preparing the resort to welcome guests beginning June 4.

“Our focus is to keep our guests and employees safe,” Hansen said Thursday. “We just brought our team back from furlough.”

The WannaB’s summer season is marked with repeat vacation clientele from around Florida. Hansen said Thursday. The resort has already seen some summer reservations.