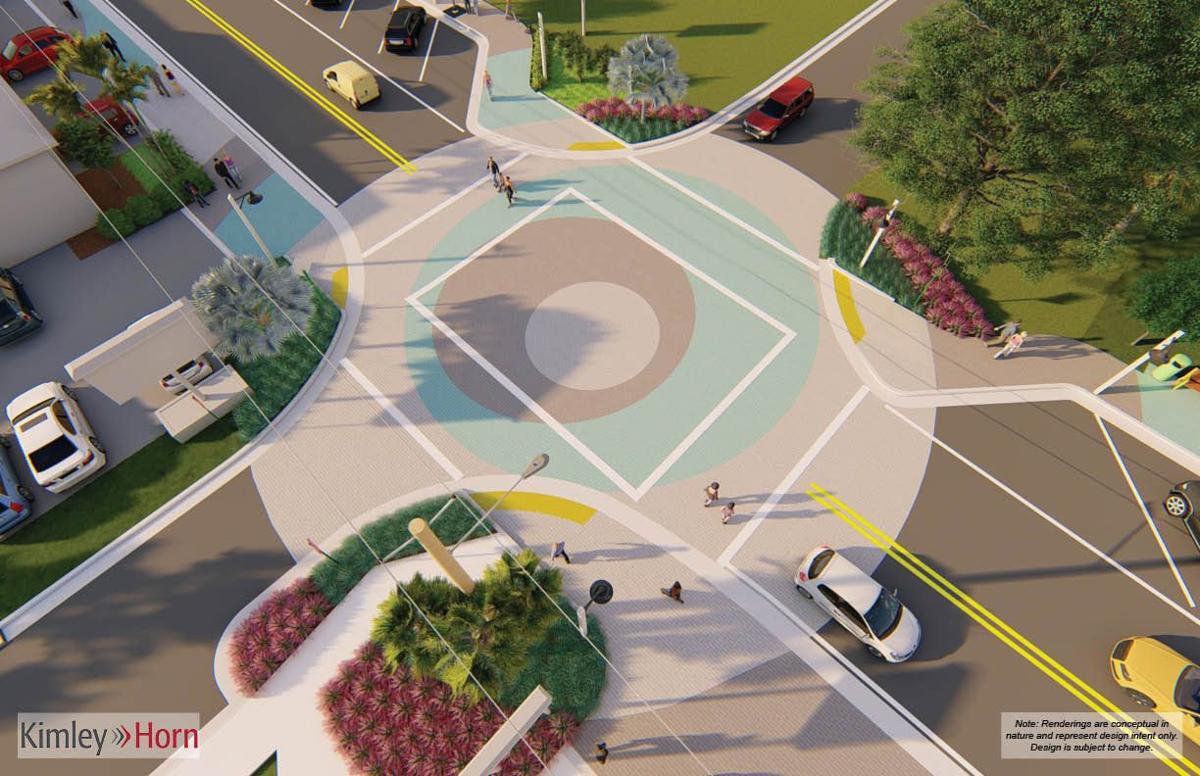 This artistic aerial rendering shows what’s planned for the intersections along the West Dearborn Street corridor. 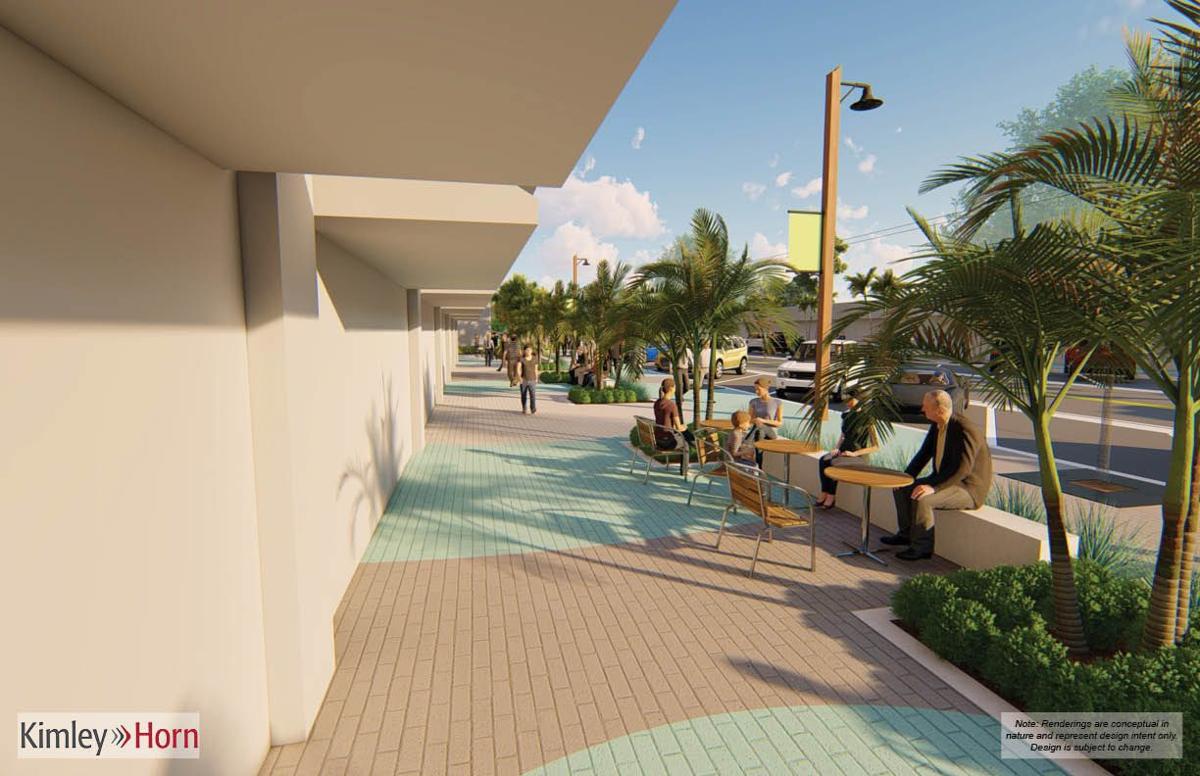 This rendering shows what shoppers and other pedestrians along West Dearborn Street will enjoy when the new face-lift to the roadway is complete next year. 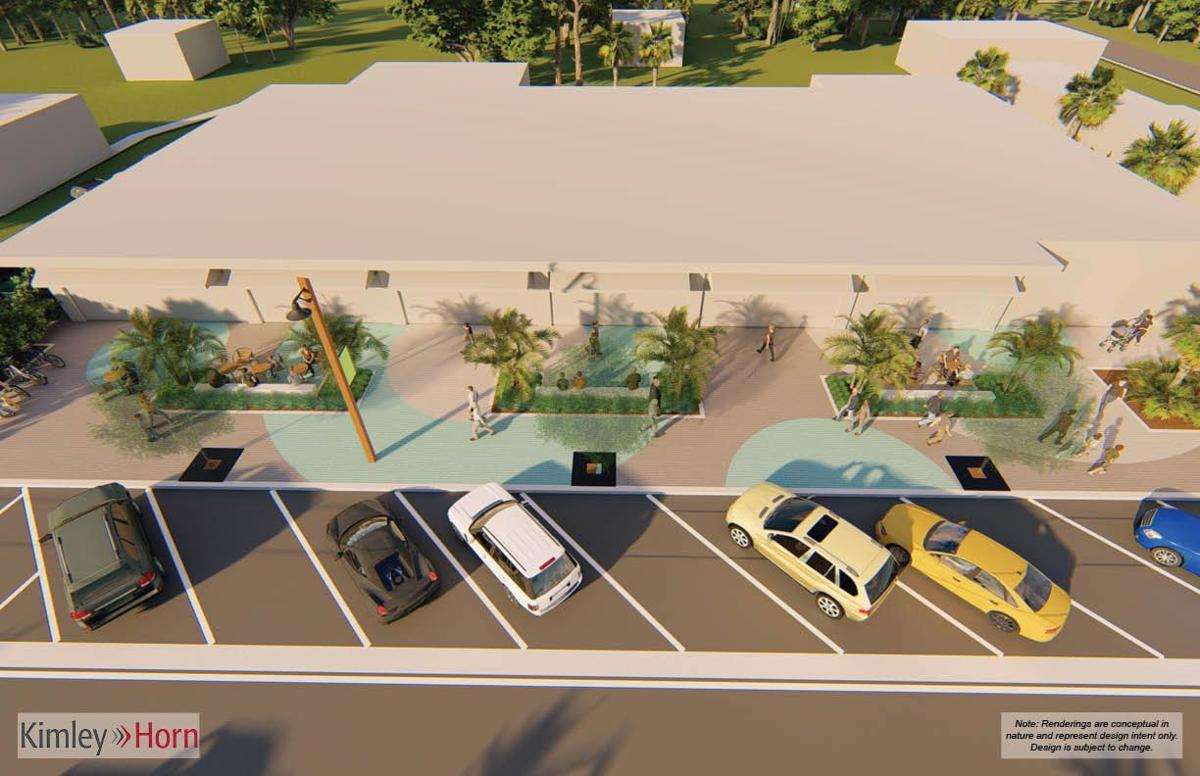 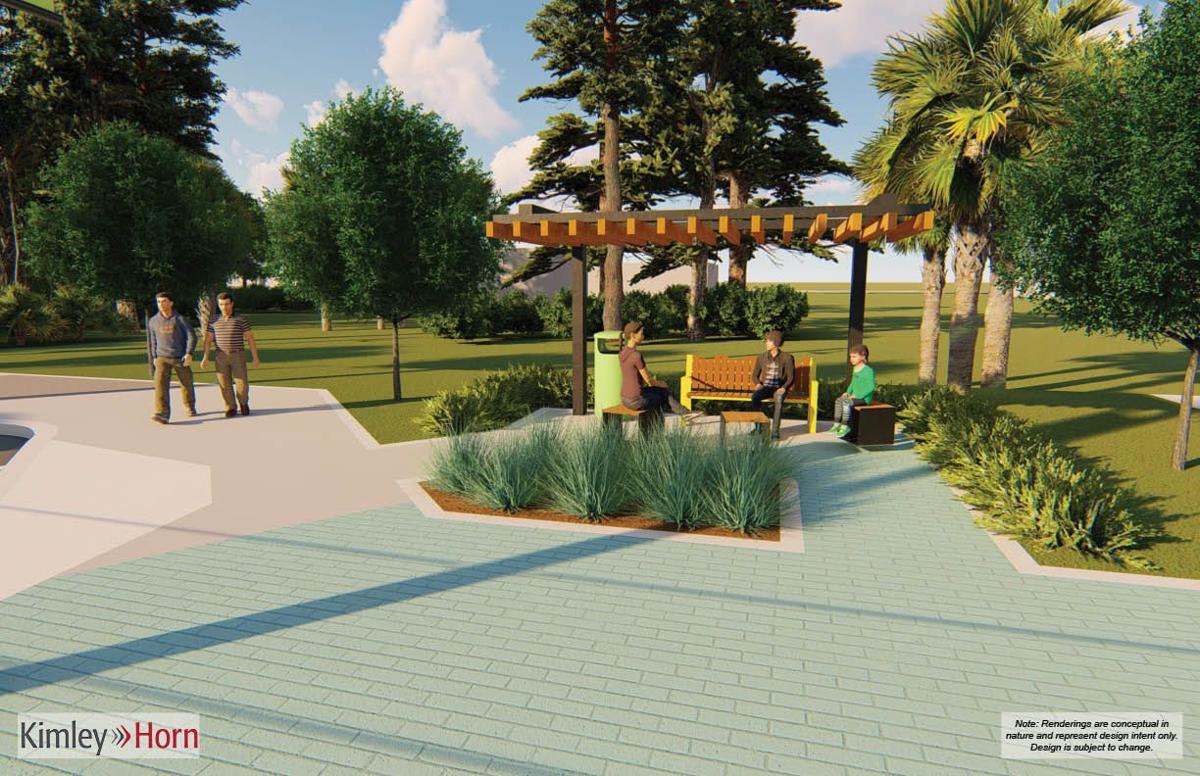 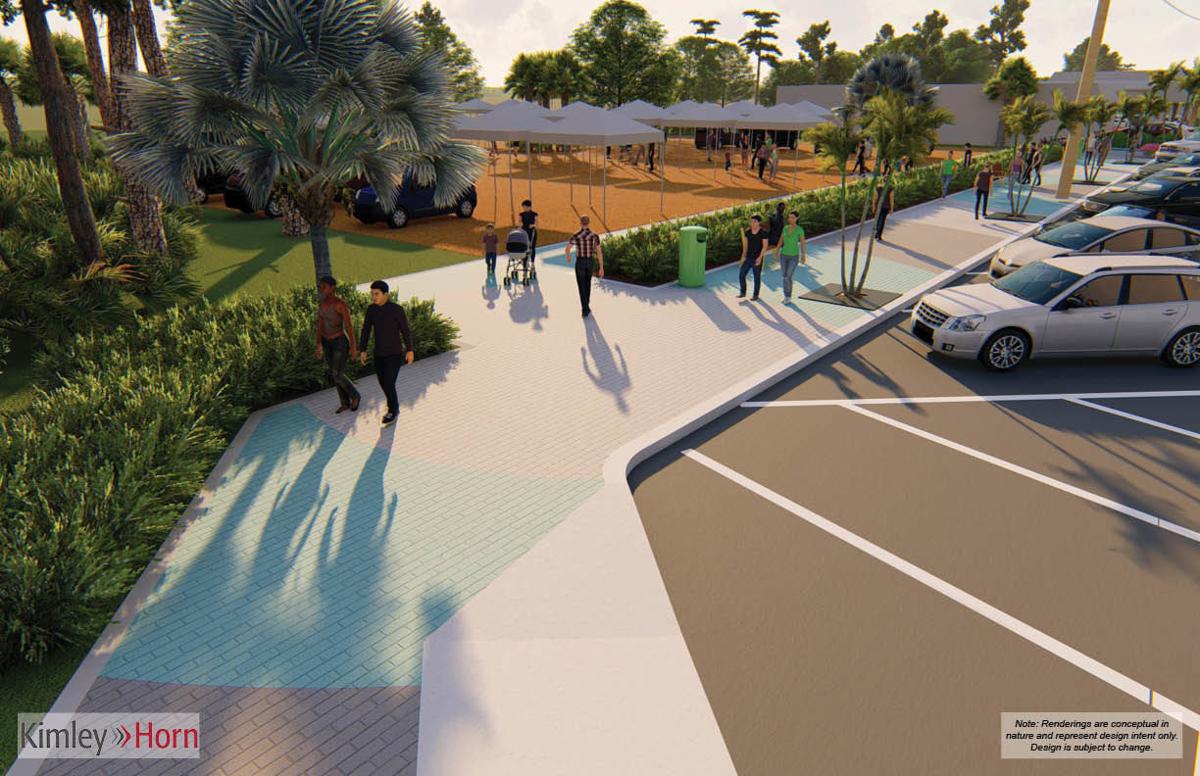 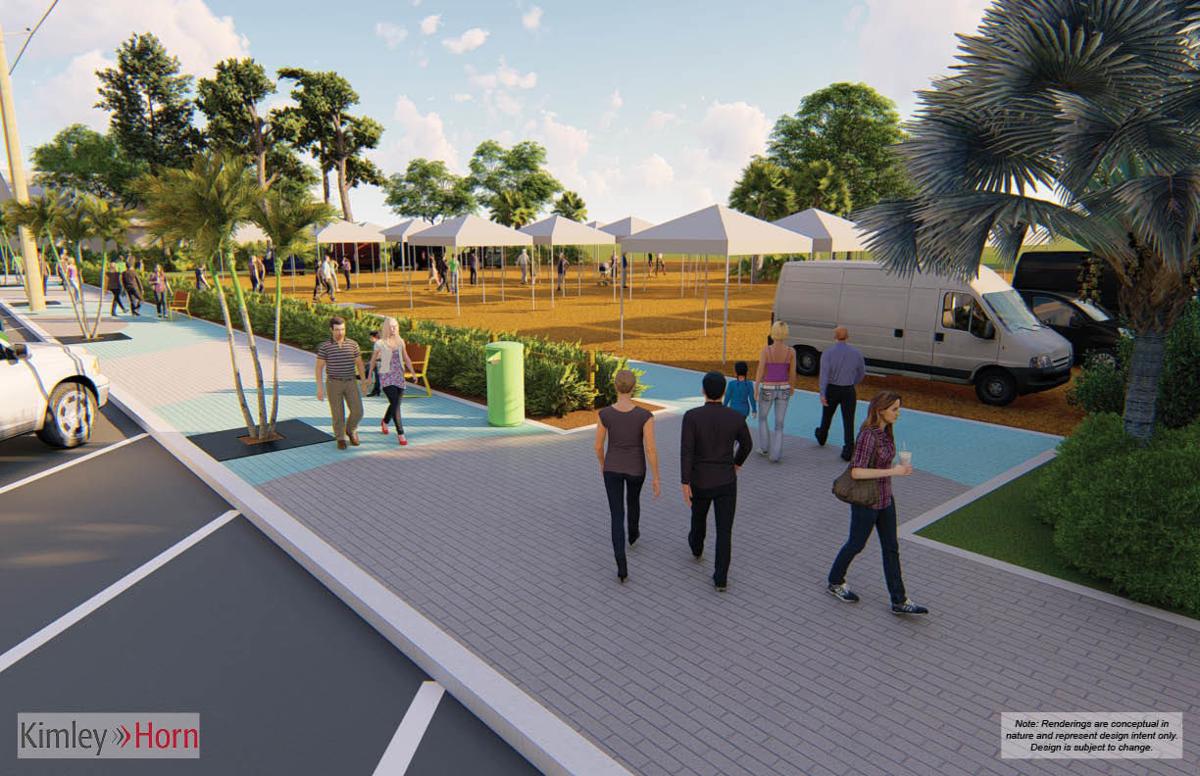 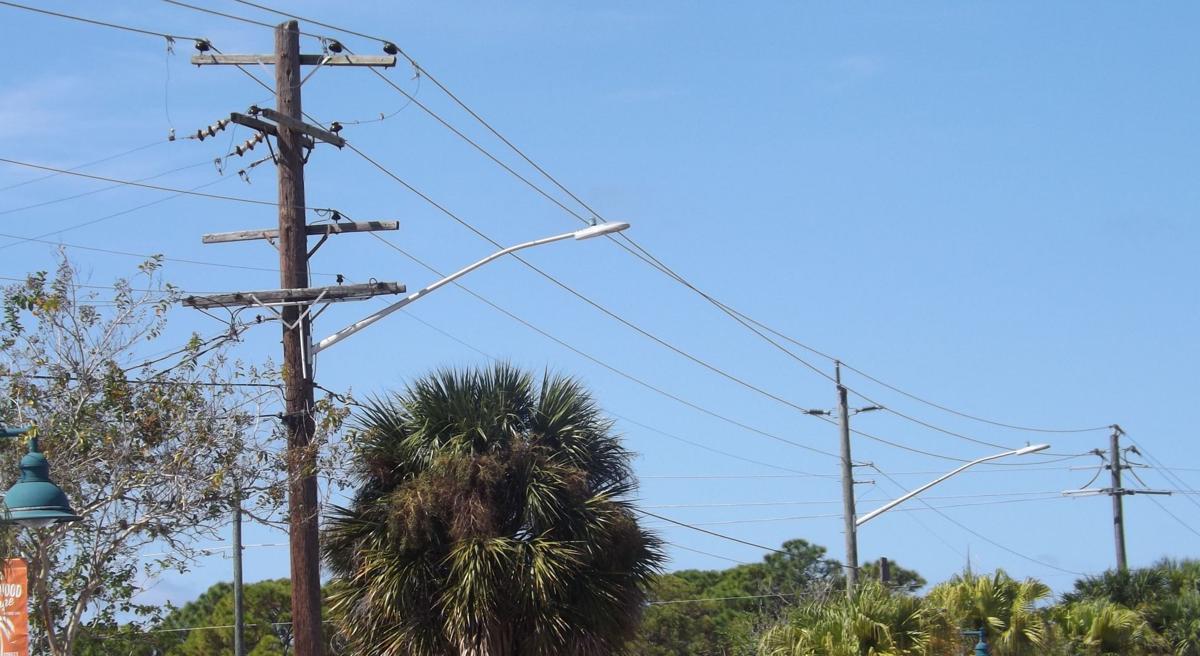 West Dearborn has some utility

This artistic aerial rendering shows what’s planned for the intersections along the West Dearborn Street corridor.

This rendering shows what shoppers and other pedestrians along West Dearborn Street will enjoy when the new face-lift to the roadway is complete next year.

West Dearborn has some utility

ENGLEWOOD — Construction for a new West Dearborn Street could begin as early as May — or maybe not.

Consulting Kimley-Horn engineers for Sarasota County are nearly complete with their new design for decorative crosswalk pavers, streetlights and other amenities along West Dearborn Street.

If nobody requests major changes in the plans, construction could begin as early as this May 2020, the consultants told the members of the Englewoood Community Redevelopment Agency Advisory Board this week. Construction might be completed in 13 months.

Subsequently, stormwater drainage improvements are planned to begin along South McCall Road, as well as “pedestrian-friendly” improvements, like new lighting and repairs to the existing sidewalks, on the west side of the road.

Attending his first advisory board meeting Monday was Brian Matthews, a licensed real estate practitioner with Tall Pines Realty. Matthews has 30 years experience as an electrical engineer for large projects like VA hospitals. He asked about redoing and removing the utility lines along West Dearborn and running the lines under ground.

Matthews noted that underground utility lines for power, cable and other services, had been a goal identified by the CRA. He described the existing overhead utility lines along West Dearborn as “antiquated.”

The idea is not new for the CRA either.

The advisory board asked Florida Power & Light about potential costs to underground utilities in the early 2000s.

Advisory board vice-chairwoman Elaine Miller couldn’t remember the exact FPL cost estimates, but she does remember them being cost prohibitive — extremely expensive not only to the CRA but also for the individual property owners and businesses who would have to pay to bury their own service lines and hook into the main lines.

In 2006, then-CRA director Chris Davis told board members it would cost about $1 million to bury utility lines on West Dearborn Street from State Road 776 to Old Englewood Road, according to news stories in the Sun’s archive.

County commissioners discussed borrowing money through a bond, but opted to put the area’s stormwater project as a priority in 2007. That project was completed in 2014, and the CRA is still paying off the loan for its construction.

A review by FPL now would most likely shelve the street renovations for a while.

Matthews said he wouldn’t want to see the project pushed back. But at this point, CRA manager Debbie Marks suggested, FPL might take six or seven months to evaluate the West Dearborn-Englewood area to determine what will be involved to relocate of the power lines.

Even though the CRA advisory board took no action, the Kimley-Horn consultants agreed to query FPL about the relocation of the utility lines along Dearborn even if it serves only a few blocks.

The CRA is under the gun financially.

The county expects the Dearborn project to cost $7 million, according to its capital improvements program.

The CRA sunsets in 2029, but this is the last year the CRA can borrow money for large projects like the streetscaping of West Dearborn and improvements along South McCall. The last 10 years of the CRA will concentrate most of its funding to pay off its debts.

The Englewood CRA funds itself through tax-increment financing. The TIF financial strategy assumes that property values will increase each year within the CRA area. The additional property tax revenues generated from increased property values are then re-channeled back into the CRA area to help finance revitalization and other infrastructure projects.