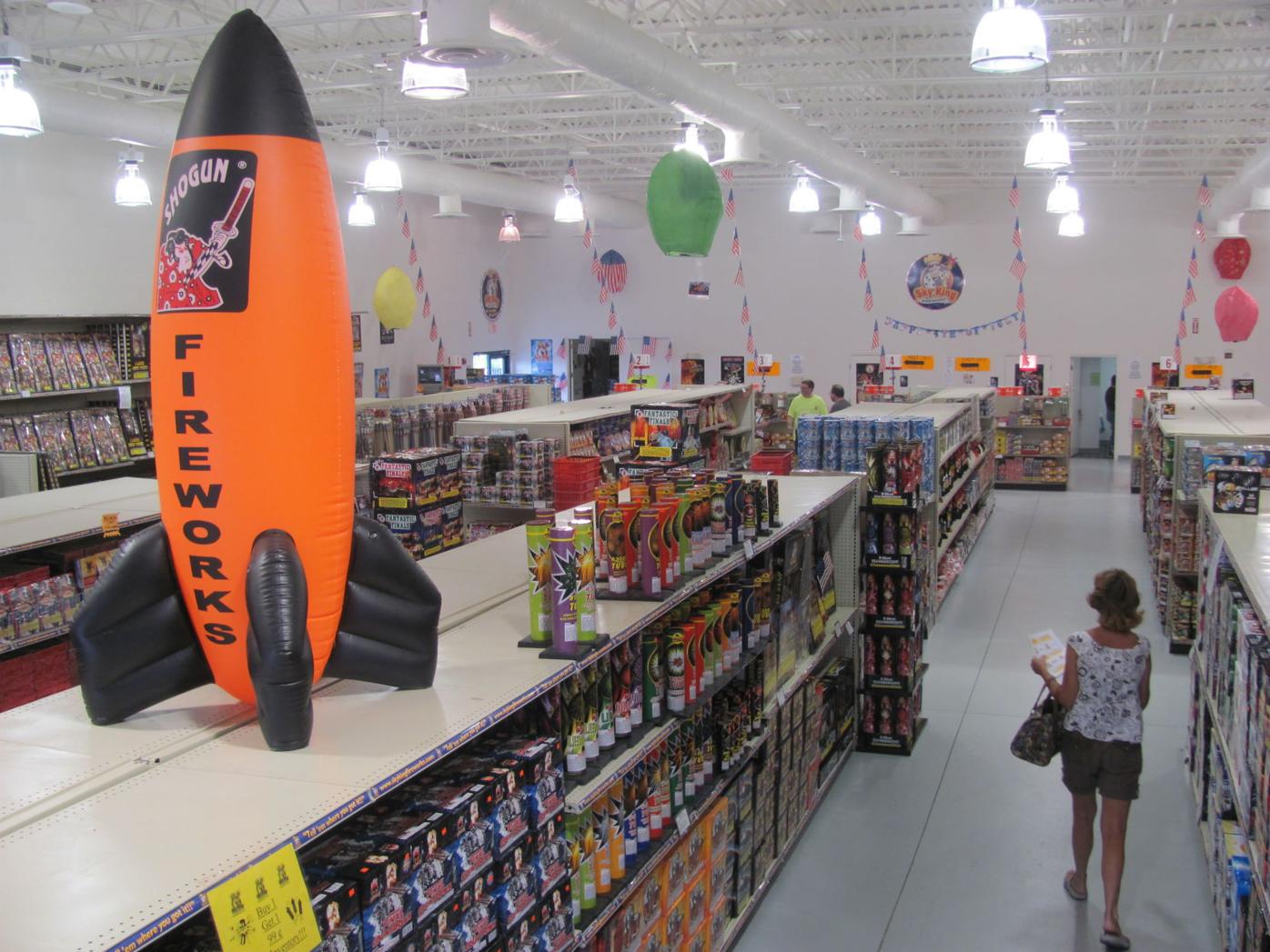 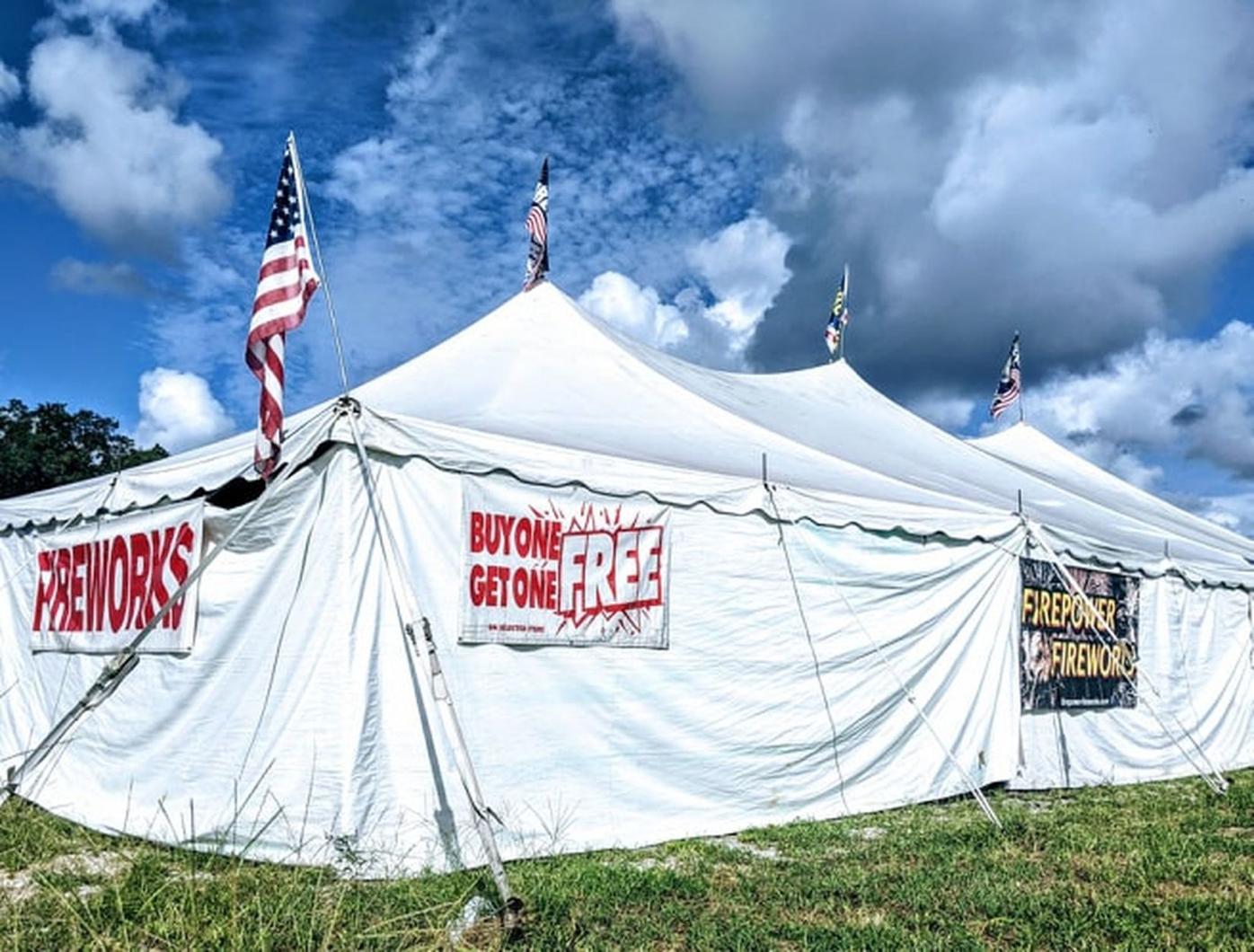 Fireworks are for sale on the corner of Cornelius Boulevard, near the North Port city limits. They are legal to fire off in Charlotte County, but not in Sarasota County without a permit. 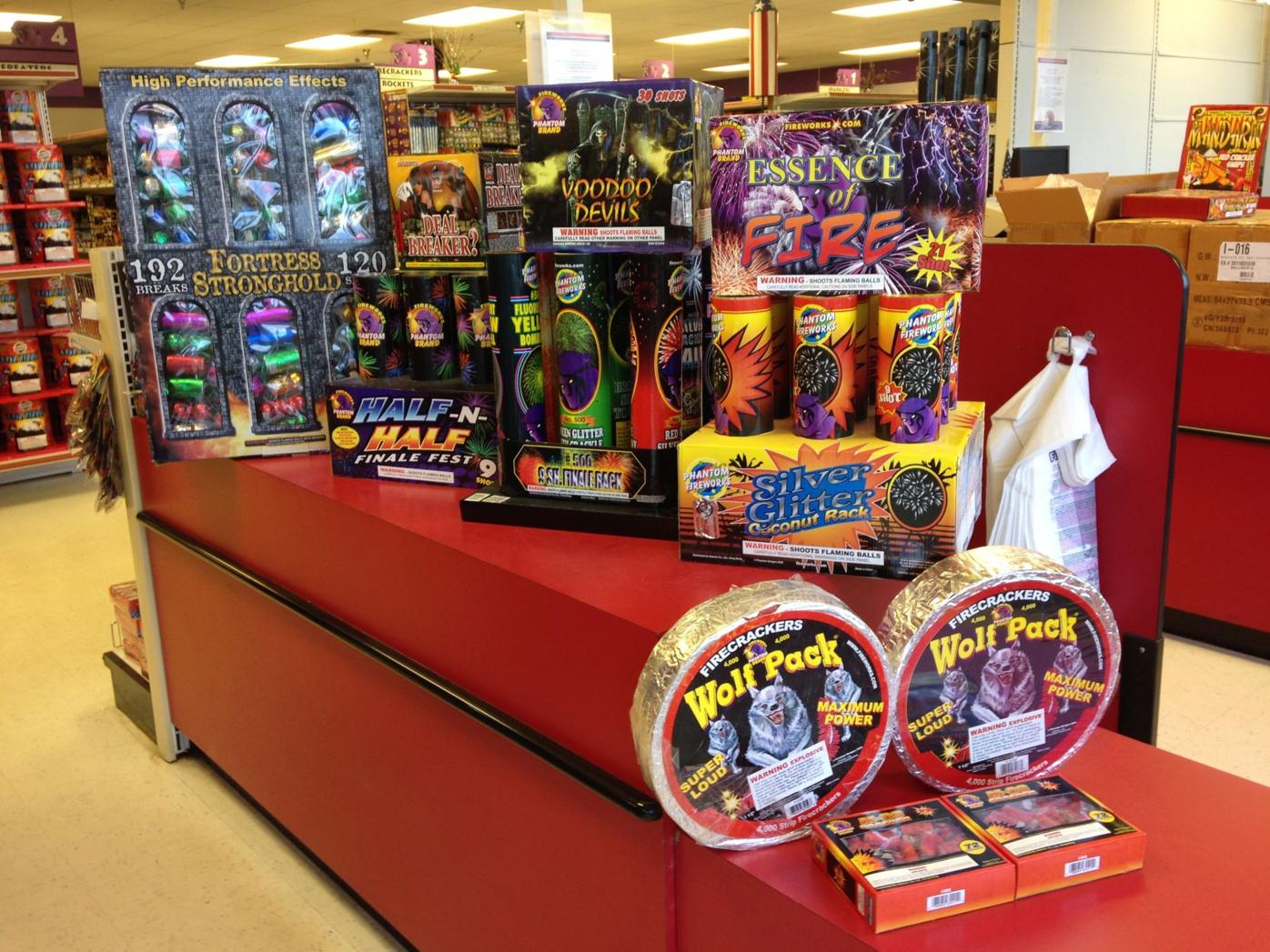 This shows the types of fireworks you can purchase at a typical store or stand. These are legal to shoot off in most of Florida, but July 4 and New Year’s only. And not everywhere in Florida. 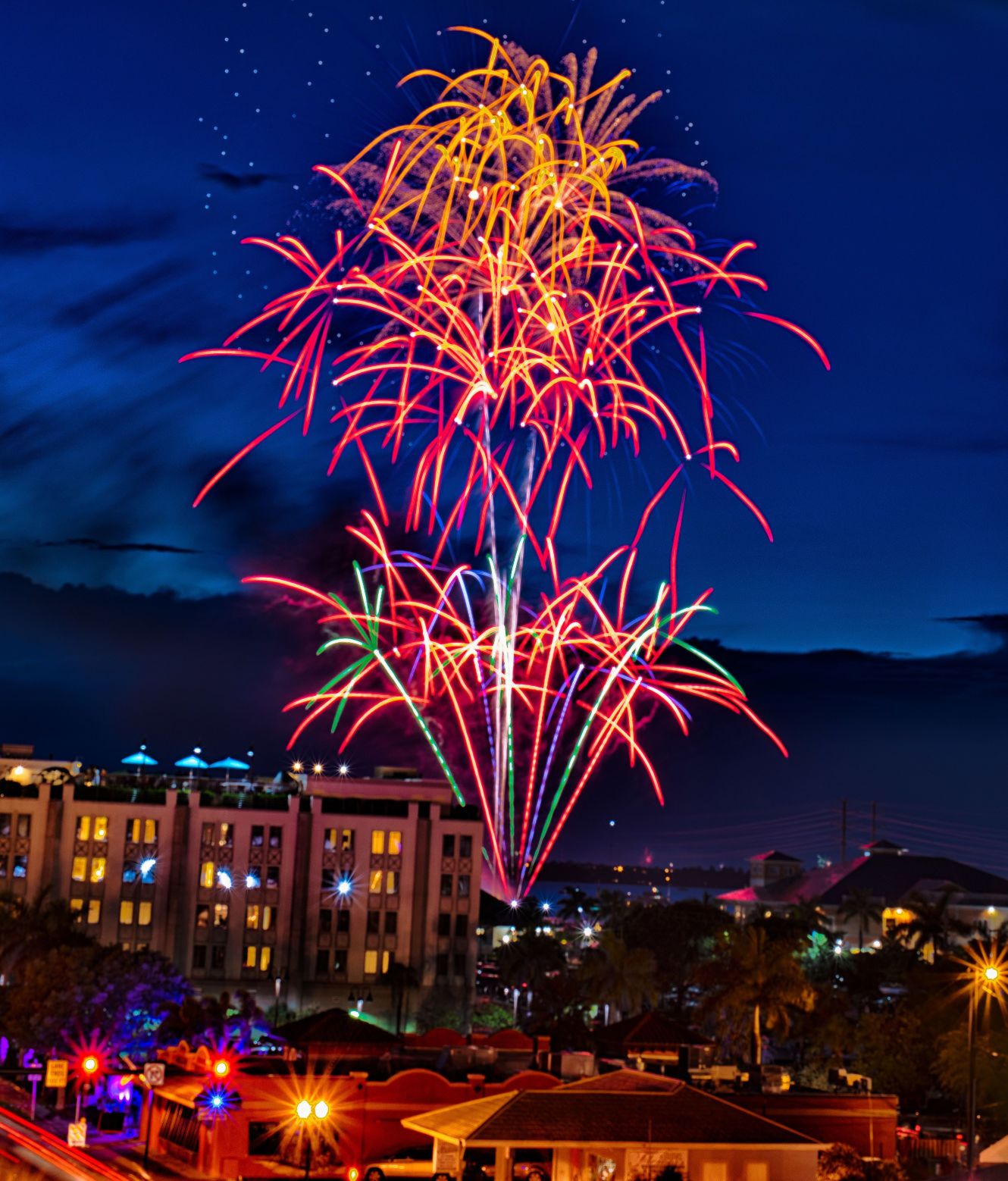 Professional fireworks displays are hard to find this year. 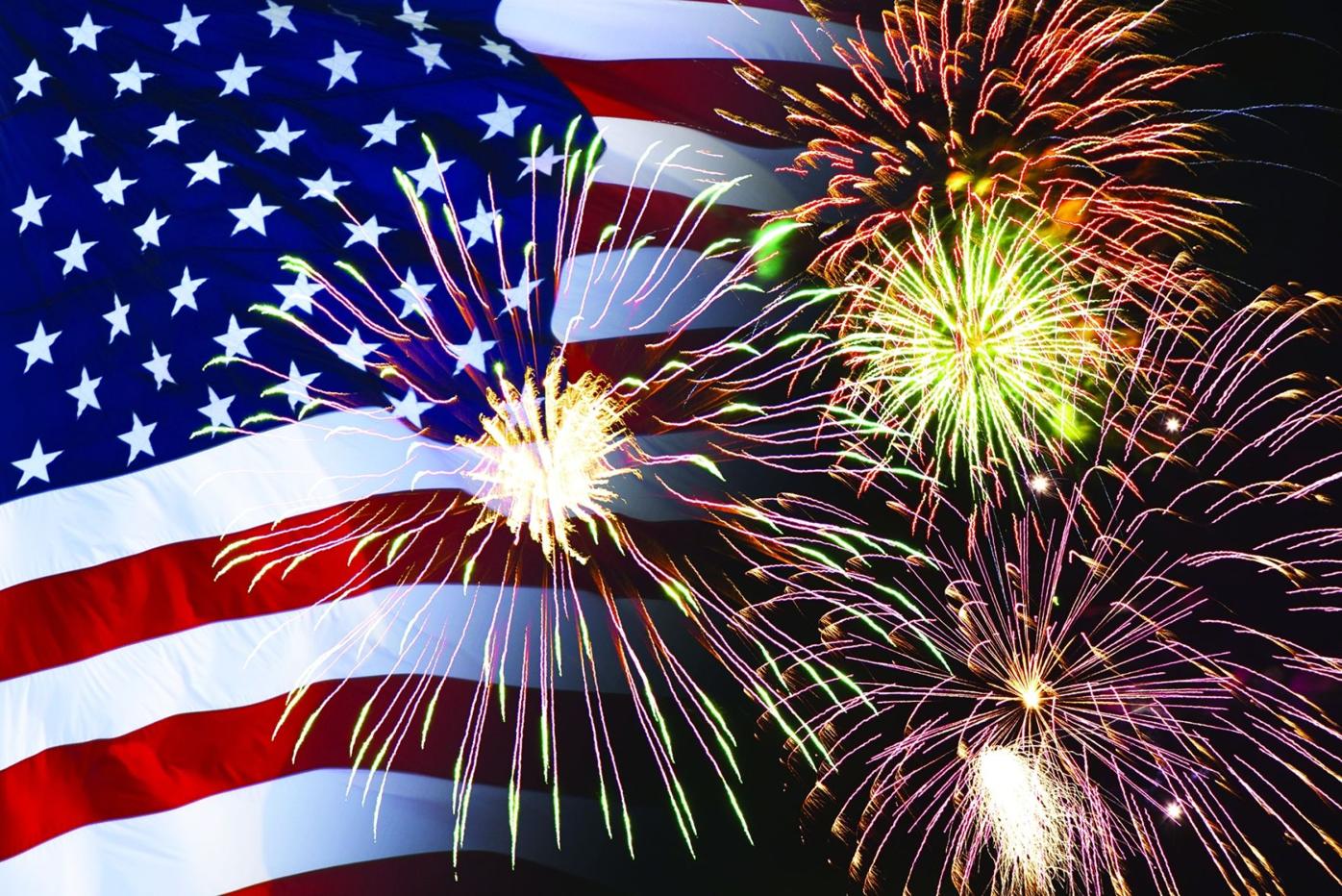 Fireworks are for sale on the corner of Cornelius Boulevard, near the North Port city limits. They are legal to fire off in Charlotte County, but not in Sarasota County without a permit.

This shows the types of fireworks you can purchase at a typical store or stand. These are legal to shoot off in most of Florida, but July 4 and New Year’s only. And not everywhere in Florida.

Professional fireworks displays are hard to find this year.

ENGLEWOOD — This year, Florida has a new fireworks law that allows people to shoot off rockets and firecrackers that are illegal most days, but OK on the Fourth of July.

But the law doesn’t apply everywhere.

“Real” fireworks, which are illegal to shoot off any other day without a permit, include anything that explodes or flies through the air. In past years, people buying these kinds of fireworks got around the law by signing a waiver at the fireworks stand, promising to only use their fireworks for agricultural purposes — like scaring off birds — or for signaling trains.

There’s no need for Floridians to play farmer this year, with the new law. And with almost all public fireworks displays being canceled because of the COVID-19 pandemic, many amateur pyrotechnicians are stocking up with boxes full of rockets and mortars for backyard neighborhood displays.

But there’s a catch.

In Sarasota County and the city of North Port, these fireworks are not legal, officials say. There are local ordinances in place that ban them: Shooting off rockets and explosives is illegal in these communities.

“By ordinance, a permit is required to set off fireworks in the city of North Port — and we are not issuing any permits except to professional pyrotechnic companies that are licensed and insured,” said North Port Fire Chief Scott Titus.

“The state law changed, but it specifically states that the change does not supersede local law or even homeowner’s association rules,” Titus explained. “It’s our position that keeping fireworks out of the hands of non-professionals is safer for the citizens and properties in our city.”

Titus said current weather conditions are “not conducive” to changing the ban on fireworks, especially because of the rash of lightning strike brush fires over the past week.

North Port is the only community in the region that is having a fireworks display on July 4. It’s at North Port High School, and you need a parking pass to get into the parking lots. Those who want to come and watch from their cars should leave their bottle rockets and even sparklers are home, organizers say.

“This includes an array of devices — but to keep it simple, consider this anything that leaves the ground,” Knight wrote in a statement.

Knight said anyone who wants to file a complaint about illegal fireworks should use the non-emergency line at 941-316-1201. “Our Patrol Bureau will prioritize these calls and respond to those in which the caller is willing to meet. Please keep in mind it is very difficult for deputies to follow up on anonymous reports of possible ‘nearby’ fireworks. For that reason, we ask you to provide as much detail as possible when you call.

“If deputies are dispatched to a location where fireworks are being used without a permit, those explosive devices are subject to seizure and citizens may face a penalty.”

These restrictions don’t apply across the county line in Charlotte County, where fireworks are legal on the Fourth of July. A ban was recently lifted.

“It’s recommended to enjoy fireworks at public displays conducted by professionals, and not to use any fireworks at home,” said Claudette Bennett, Charlotte County Sheriff’s Office spokesperson.

“However, with this year’s local events being cancelled, if you or your loved ones decide to engage in the use of fireworks, here are some tips to keep you safe is to familiarize yourself with the printed instructions of each style of firework you purchase. Carefully follow those guidelines, and make sure you have a designated “launch area” that is a safe distance from people, homes, and vehicles. At least 150 feet of clearance is recommended.”

Bennett said no children should ever launch or be near fireworks.

All fire departments recommend not lighting fireworks on or near dry grass or brush, as these will easily burn and the fire will spread.

Many don’t think to have a 911-enabled phone readily available in the event of an emergency, Bennett said.

“We also encourage those participating in fireworks to be courteous of not only their neighbors but also the pets in the area,” she said.

The city of Punta Gorda has no ordinance prohibiting fireworks on the Fourth of July, said Melissa Reichert, spokesperson for the city.

“The city would like to remind residents that fireworks are dangerous and should only be used by adults wearing safety glasses, with water or a fire extinguisher readily available, and to never point fireworks at another person, animal or home, automobile or any other object,” Reichert said.

“We also encourage residents to mindful that pets and persons suffering from post-traumatic stress disorder may be adversely affected by fireworks.”

Venice, like Punta Gorda, has no code provisions on fireworks, so this new legislation would hold in the city making fireworks legal, according to city spokesperson Lorraine Anderson.

“Of course, we would always take the stance that in the interest of safety, it is better to enjoy fireworks displays by professionals — or better yet this year, watch them on TV or online.”

Be careful with sparklers, too!

Did you know a sparkler burns at 2,000 degrees?

"Each year, children are seriously burned when they pick up or accidentally step on a still-hot sparkler,” said Sarasota Memorial Trauma Program Coordinator Leeann Putney. “Sparklers can quickly ignite clothing and cause severe burns if they’re dropped on bare feet.”

If sparklers will be part of your holiday fun ensure everyone wears closed-toed shoes to protect their feet; ignite only one sparkler at a time; and put spent sparklers in a bucket of water or sand, Putney advised.

Those are sparklers and they are legal to set off.