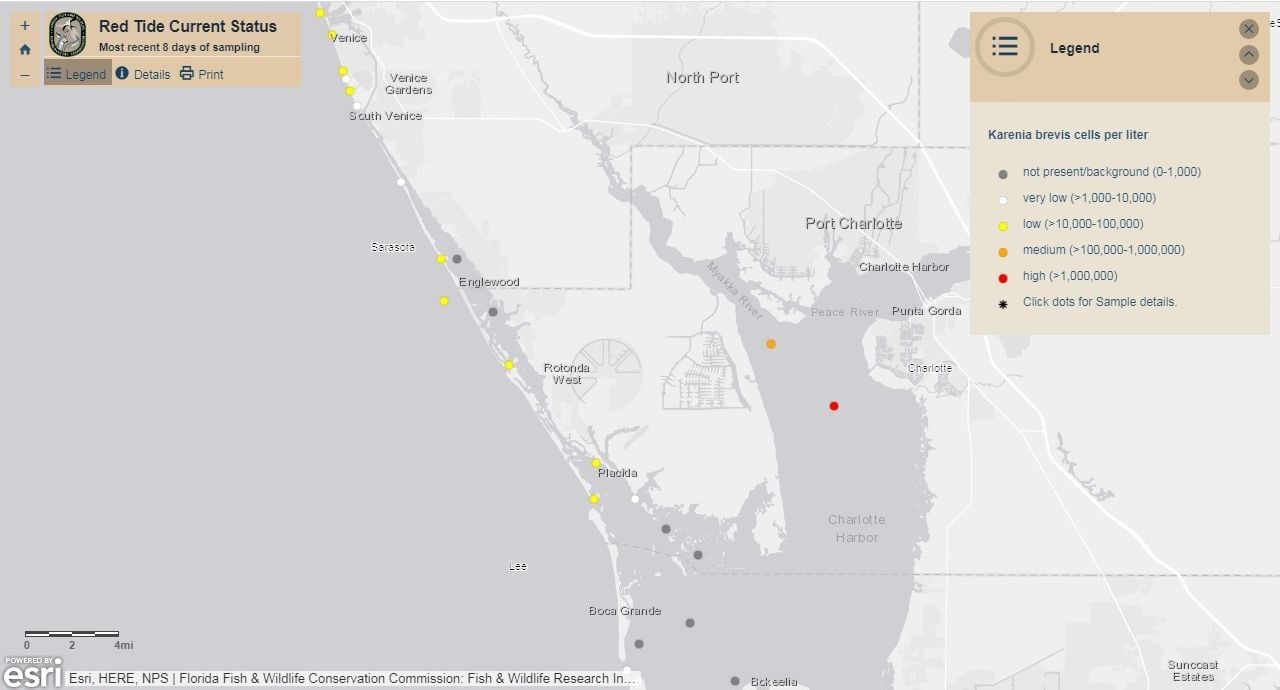 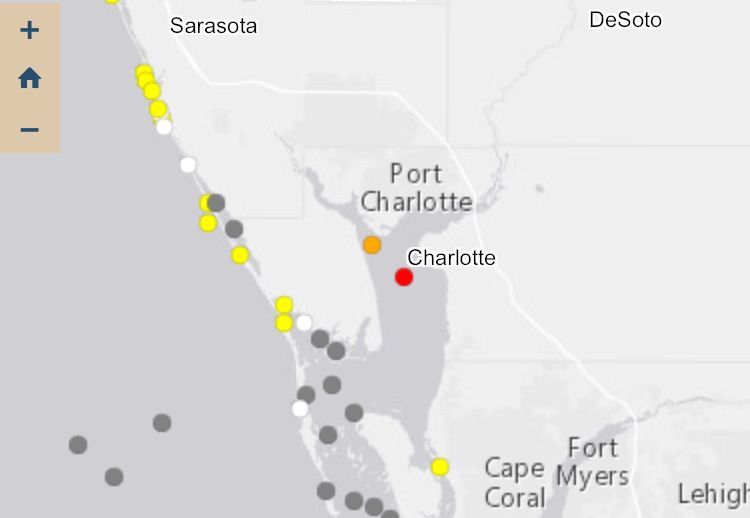 The Florida Fish and Wildlife Conservation Commission samples and analyzes waters up and down Florida’s coasts and displays the information on interactive maps that update each day at 5:30 p.m. at myfwc.com/research/redtide/statewide.

The red tide algae is natural to the Gulf of Mexico in concentrations of fewer than 1,000 cells per liter of water.

But if the concentrations of red tide blooms exceed 100,000 cells per liter of water, humans can experience scratchy throats, coughing, respiratory and other ailments triggered by the toxins. Higher concentrations can kill fish and other marine life.

Mote Laboratory, which monitors Sarasota County beaches, said no signs of irritation were reported this week, and no fish kills were reported.

Red tide has been showing up in water samples for weeks near Fort Myers and Naples area beaches and bays.

Samples this week showed either low, very low or no algae reported in those areas. Boca Grande Pass showed a low concentration this week.

For predictions about red tide problems based on samples, currents and wind speed and direction, check habforecast.gcoos.org.