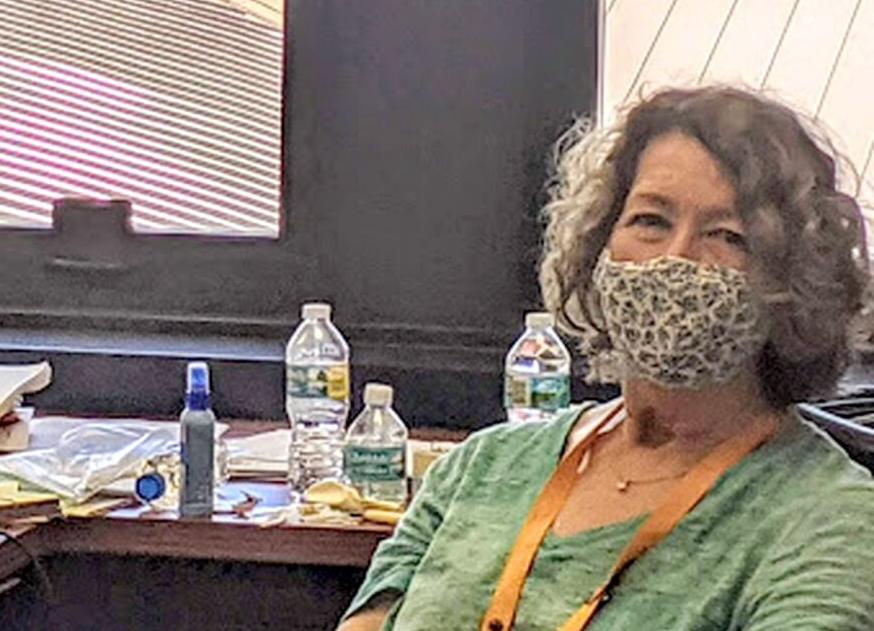 Kathleen Dowd taught at Lemon Bay High School for 47 years. At 70, she planned to come back one more year, but COVID-19 prevented her from returning to the classroom on Aug. 31. 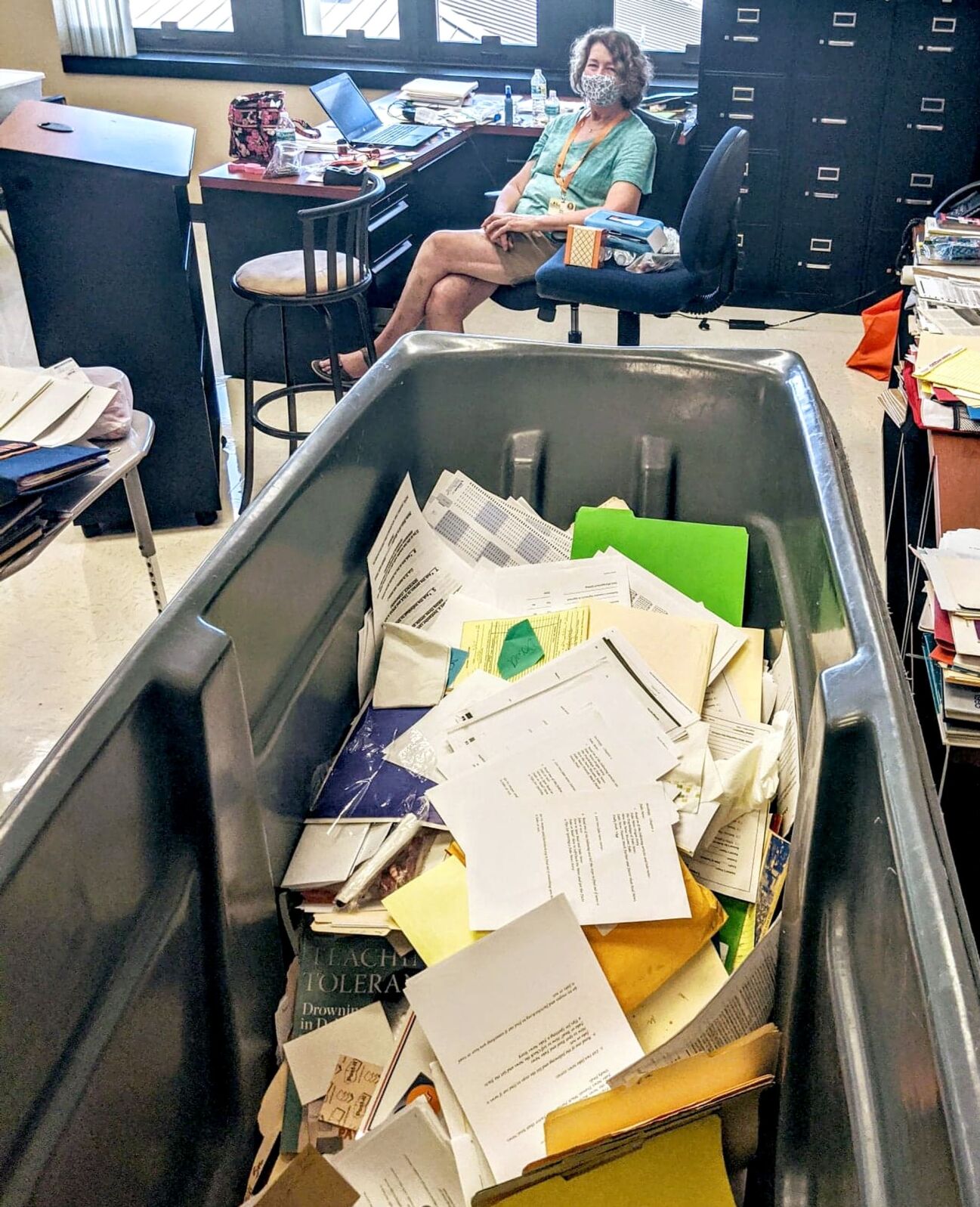 Kathy Dowd filled three bins of recycling from 47 years of teaching at Lemon Bay High School. After COVID-19 hit, she decided to retire this year instead of next year.

Kathleen Dowd looks through photos left behind by students Tuesday as she cleans out her classroom. 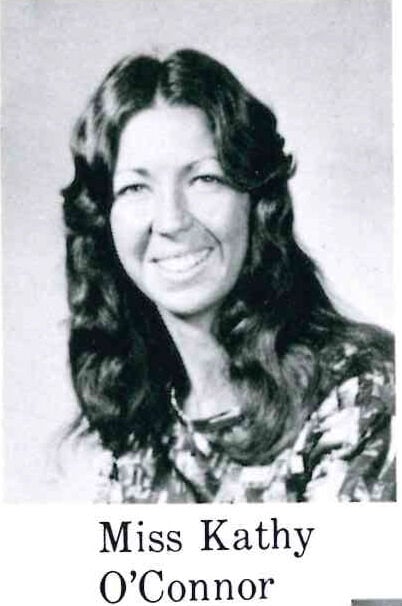 Kathy O’Connor in 1976, before she was Kathy Dowd. 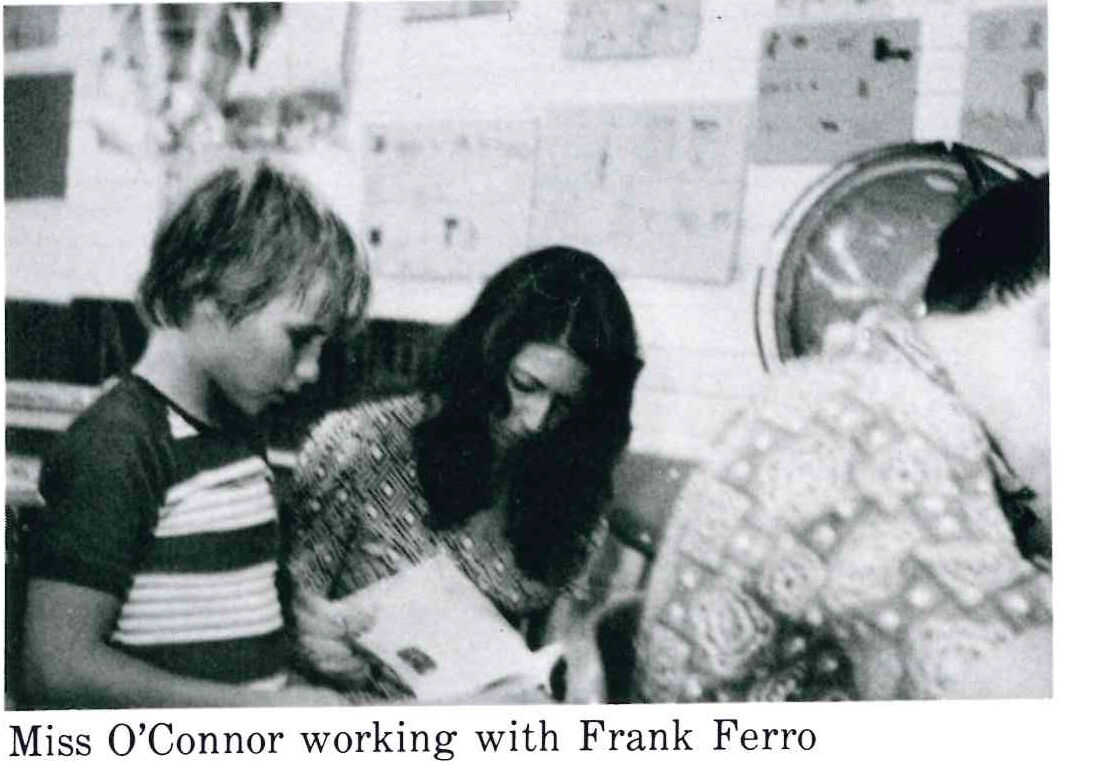 Kathy Dowd in 1976 with some of her junior high students.

Kathleen Dowd taught at Lemon Bay High School for 47 years. At 70, she planned to come back one more year, but COVID-19 prevented her from returning to the classroom on Aug. 31.

Kathy Dowd filled three bins of recycling from 47 years of teaching at Lemon Bay High School. After COVID-19 hit, she decided to retire this year instead of next year.

Kathleen Dowd looks through photos left behind by students Tuesday as she cleans out her classroom.

Kathy O’Connor in 1976, before she was Kathy Dowd.

Kathy Dowd in 1976 with some of her junior high students.

ENGLEWOOD — Kathleen Dowd never got to say goodbye to her honors students — or any of this year’s Lemon Bay High School graduates.

After 47 years on the job, COVID-19 was the deciding factor in her choice to not to return to the classroom on Aug. 31.

“’Clash of the Classes’ was the big event in March on our last day of school before spring break — the seniors won,” she said. “None of us knew we wouldn’t be coming back for the rest of the school year. It’s definitely not how I expected to end my career.”

However, Dowd won’t miss getting up at 5 a.m. and in the classroom by 6:10 a.m. an hour before the first bell.

She also won’t miss climbing the 54 stairs to her third-floor classroom. Most of all, she won’t miss the rigors of preparing students for state testing instead of teaching civics.

“Civics and geography were left out when we had to do state testing for math and science,” she said. “That’s one of the biggest changes I experienced in teaching — and what I would change today. We need more in the way of civics for students to understand the world we live in and today’s current events.”

Dowd taught under seven principals, including Bob Bedford Sr., who was the assistant principal when she was hired, and his son Bob Bedford, the current principal. She calls him Bobby.

“I knew Bobby when he was 4 or 5 years old,” she said. “He was a teacher here with Joan Morgan. They were pranksters. He removed all of the desks from her classroom. She peppered his room with paper. They worked hard to out prank each other. These were the days before testing. We had fun.”

Morgan and her husband Ed, who both retired from LBHS, still keep in touch with Dowd.

“She was always a very calm, steady-as-a rock teacher,” Joan said. “She cares about those she taught. She cares about the staff. She even broke her hip once and came back to school right away. She bled the school colors.”

Dowd hasn’t removed the “respect yourself and others” or “Courage” posters from the wall yet. But on Tuesday, she was on her third garbage/recycling bin filling it with old newspapers, some from 1998, stacks of outdated books and folders. She won’t throw away any old photos or other “treasured memories.”

In her “keep pile” is a button with Denise Amber Lee’s face on it. In 2008, the former LBHS student was kidnapped and murdered in North Port. Her husband Nathan was Denise’s high school sweetheart.

“I had Denise’s parents (Rick and Susan Goff) in my class,” Dowd said. “I had Nathan in my class. I knew her family and her relatives.”

Another keepsake is the Sun newspaper featuring her husband of 42 years, John, on the front of the local section. John switched places with Kathy for the day, teaching students about credit cards and taxes. Key Agency owner David Dignam, a former student, also returned to teach students about insurance that day.

“It was called reality check for students,” she said. “Seniors learned about real-life tidbits like taxes and credit, just before graduation. My husband came in and taught my class once a year for a few years. It was neat. We didn’t get to do it this year.”

Dowd said coming back to the teaching this year meant seeing as many as 25 students in a classroom. She said while she is in great health, at 70 she falls into the “at-risk” category. She said she wouldn’t feel right if she brought the virus home to her husband, who is already considered compromised.

“COVID really did end my career abruptly,” she said. “This wasn’t the way I planned to leave. I wanted to be here for at least one more year.”

Dowd also loved working with National Honor Society students. She said they always understood a balance of extra curricular activities and their academics. In the past, they organized “Operation Thank You” sending soap, shampoo, boxed cereal and stress balls to military soldiers.

Dowd will miss students. Her departing message is to “be safe” and “listen to the scientists.”

“The Lemon Bay family is filled with really great people,” she said. “They are very supportive and care a lot about each other.”

While she taught a semester of psychology, sociology, geography and economy, Dowd said two teachers will split the work load.

“Bobby Bedford said it will take two teachers to replace me,” Dowd said with a smile.