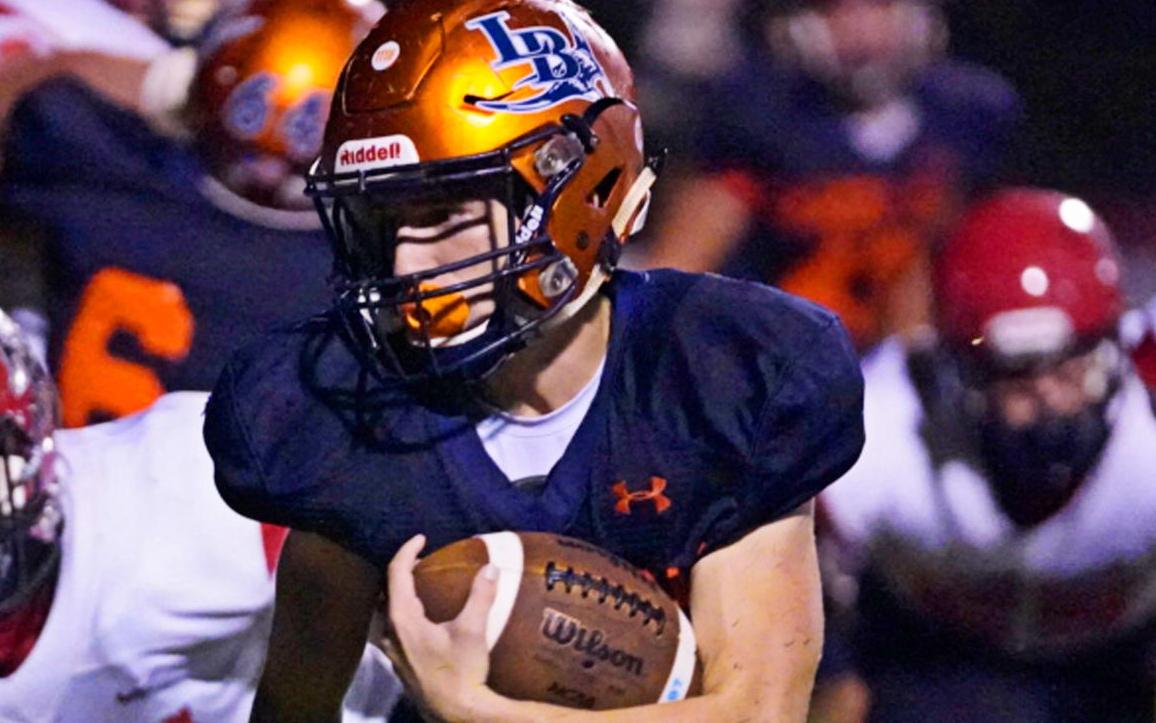 Jason Hogan was thrust into the quarterback position in his first varsity game. Now, he’s using that experience to turn into a game-changing running back for the Mantas. 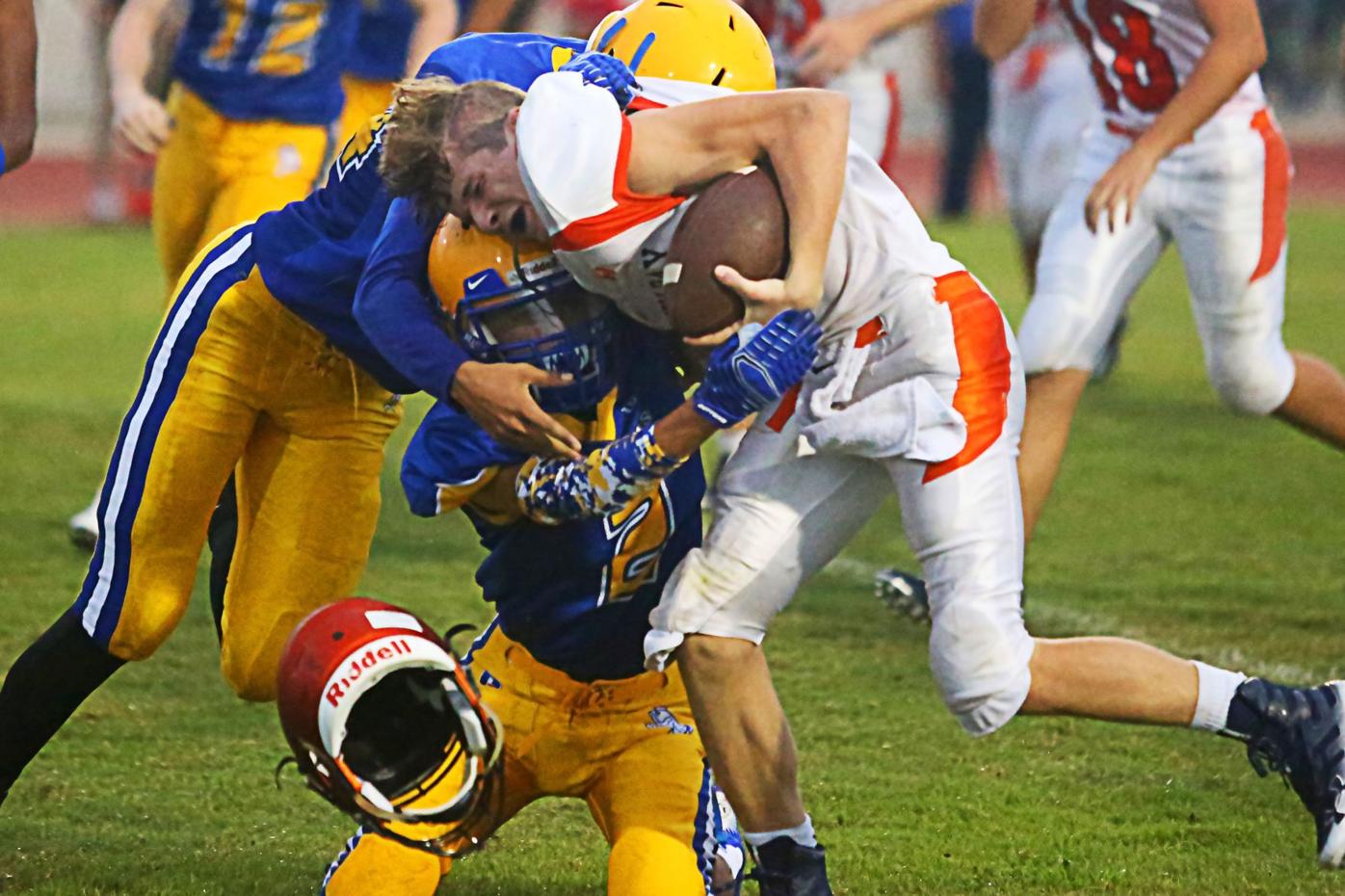 Jason Hogan has his helmet ripped off by the defender but keeps on plowing ahead for more yards in a junior varsity game his freshman season.

Jason Hogan was thrust into the quarterback position in his first varsity game. Now, he’s using that experience to turn into a game-changing running back for the Mantas.

Jason Hogan has his helmet ripped off by the defender but keeps on plowing ahead for more yards in a junior varsity game his freshman season.

ENGLEWOOD — Jason Hogan had just a few seconds to process what had just happened.

Playing in his first varsity football game for Lemon Bay, it was up to Hogan to take over at quarterback when starter Austin Andrle was sidelined with a hip injury in the game’s opening minutes.

“There’s no way to prepare yourself or your team for the guy you’ve built your game plan around to go down in the first drive of the first game,” Lemon Bay coach Don Southwell said. “It’s one of those things where it’s like, ‘Alright, bud. Next man up.’

“It’s one thing to be a role player and do your job, but when you’re the quarterback you have to know everyone’s job and hold them accountable for it. That’s a lot to put on a sophomore, but I think he did a great job with it.”

Though the Mantas went winless in seven games with Hogan under center, the season was far from a lost cause. Andrle returned in time to lead Lemon Bay to three straight wins and a berth in the regional playoffs. And the experience Hogan gained is proving to be invaluable this year.

Having Andrle healthy and back for his senior season has allowed to shift Hogan back to running back — giving them a weapon in the backfield with a unique perspective.

“He knows what to look for now,” Andrle said of Hogan. “I’ve noticed he sees the holes better. He’s super tough, too. He’s taken a lot of hits and he can take anything.

“He runs tough and he has pretty good vision. He’s very aggressive. Everyone wants to win, but he wants to win every rep. That’s Jason.”

Along with moving Hogan to running back, the team has added some other playmakers, too.

Jacob Sekach, a junior, is the Mantas’ other running back and has already broken off runs of 68 and 46 yards. Aaron Pasick, a cornerback last year, is playing receiver. In Week 1, Pasick had three receptions for 199 yards and two touchdowns.

“We have some dynamic players at positions we don’t normally have,” Southwell said. “We have at least three receivers who we can throw to and I know they’ll run a good route and catch it.

These players have given Lemon Bay the ability to produce big plays — something it hasn’t had in recent years. Hogan has already displayed some of that breakaway speed.

“I knew he was quick, but he’s been running away from both teams we’ve played so far,” Southwell said of Hogan. “It makes us more versatile (with Hogan at running back). We can hurt teams on the outside and the inside now.”

It’s still early for Lemon Bay as the Mantas are just two games into their season. But with playoffs already a guarantee for everyone in this shortened season, it’s not a question of if the Mantas will return to the postseason, but what they’ll do with the opportunity.

“It helped me step up to be a leader,” Hogan said of his time as quarterback. “But I like running back a lot more. The pressure isn’t on me. All I have to do is take the ball and run.

“Last year we came back and made the playoffs when no one believed in us. I think it’s gonna be a great season. We have a lot of young players, so I’d say the future looks bright.”