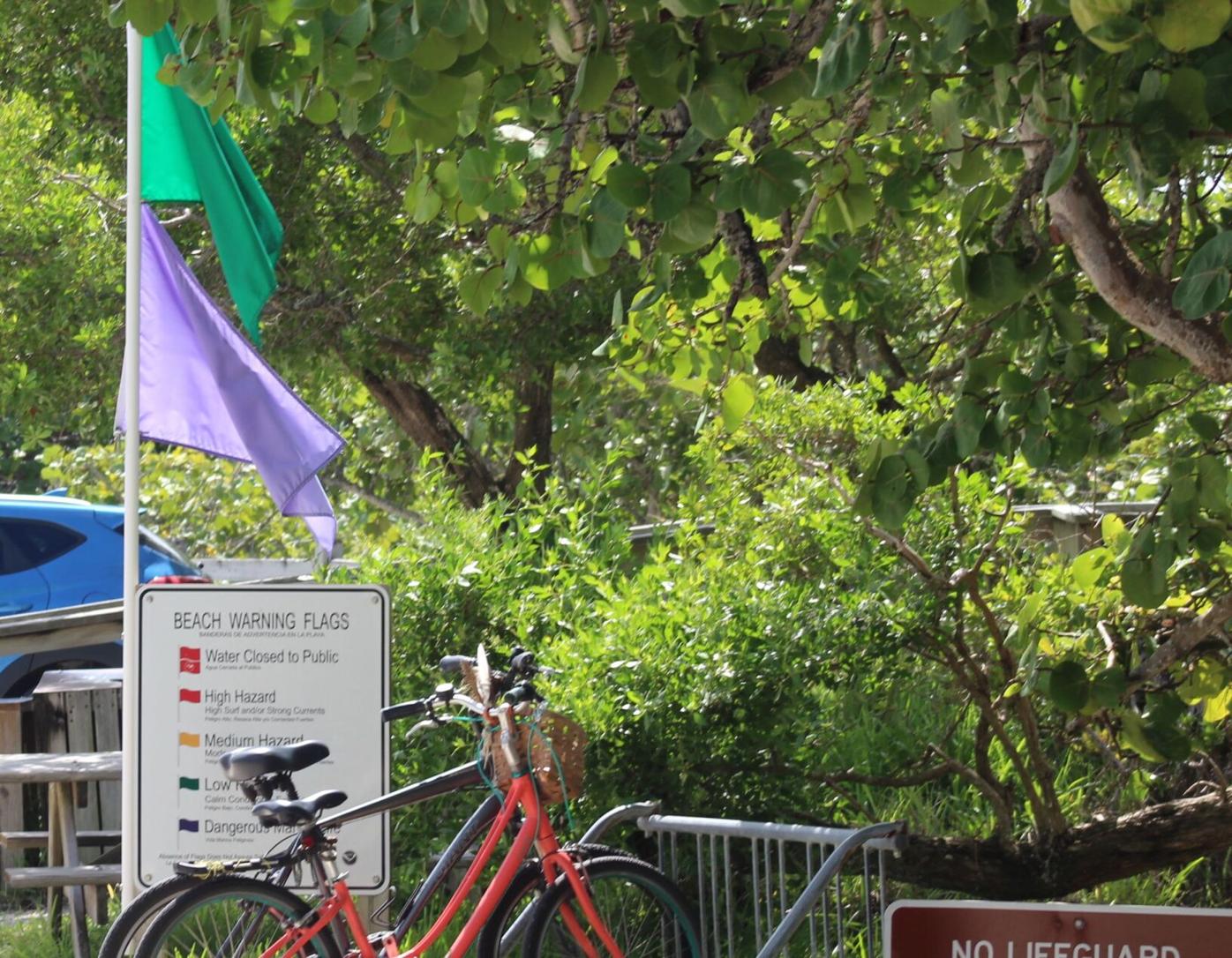 Rangers are flying the purple “dangerous marine life” flag at Stump Pass Beach State Park this week. The reason: jellyfish in the water and on the sand. The warning did not deter beachgoers. 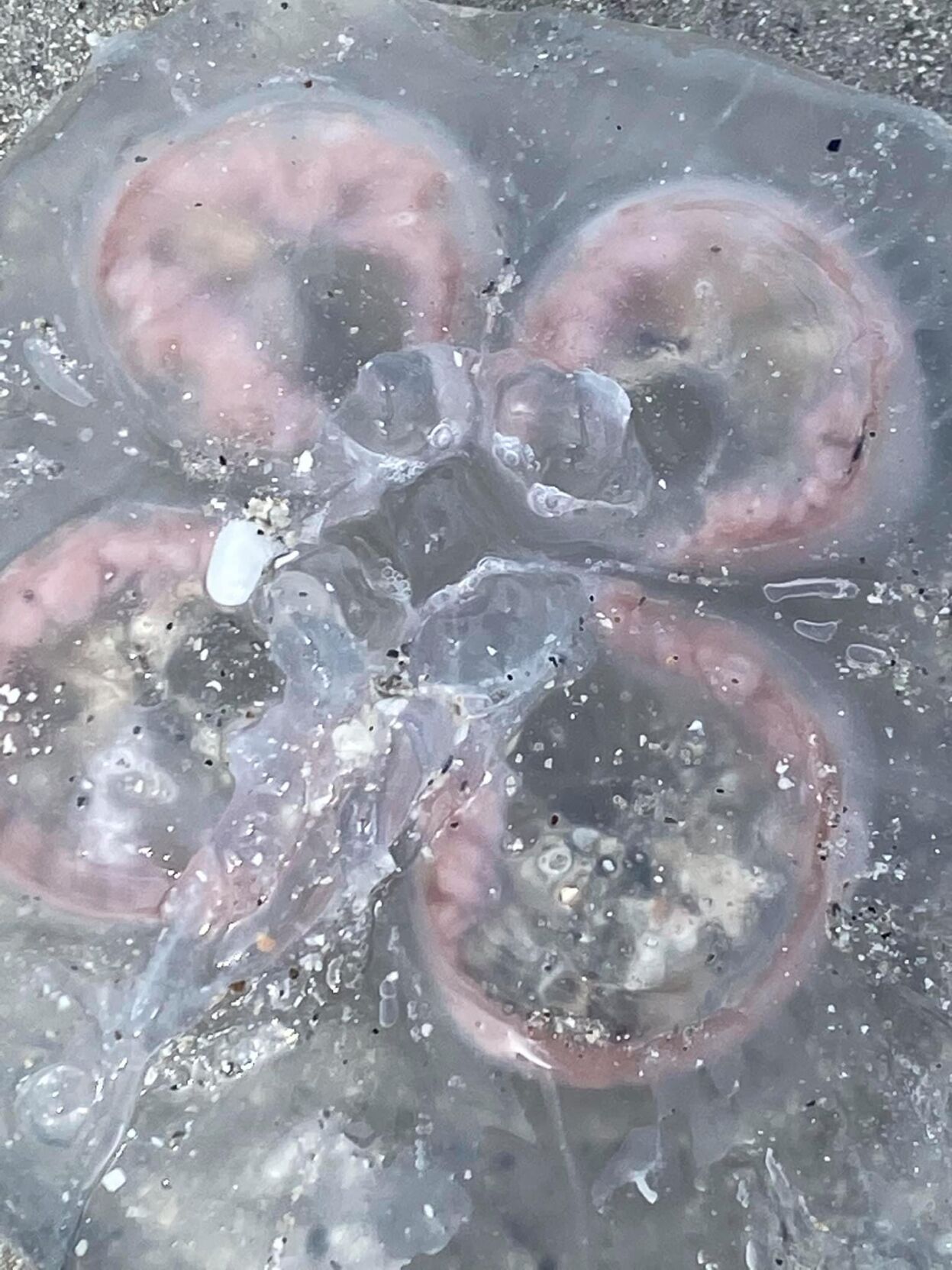 This moon jellyfish washed up on Manasota Key recently. They seem to have cleared out, although some caution flags remain at state parks beaches.

Rangers are flying the purple “dangerous marine life” flag at Stump Pass Beach State Park this week. The reason: jellyfish in the water and on the sand. The warning did not deter beachgoers.

This moon jellyfish washed up on Manasota Key recently. They seem to have cleared out, although some caution flags remain at state parks beaches.

Color-coded flags indicate beach conditions. A purple flag indicates that sea life may be hazardous to swimmers and beachgoers.

In this case, jellyfish floated too close to shore. Jellyfish generally are carried by currents close to Gulf beaches this time of year. They can wash up on the beach, sometimes in big numbers.

It didn’t seem to deter beachgoers, who were plentiful at the beach Tuesday.

“Based on what lifeguards have observed at Sarasota County beaches, there is not a significant number of jellyfish,” Sarasota County Emergency Management media relations officer Sara Nealeigh said Tuesday.

“If a significant number were to be observed, lifeguards will fly the appropriate flag,” Nealeigh said.

No jellyfish were reported a mile north of Stump Pass Beach at Charlotte County’s Englewood Beach either.

The local jellyfish “season” generally extends from late summer into early fall. Recent reports also tell of jellyfish inundating the waters of Atlantic beaches from Florida to the Carolinas and beyond.

In local waters, the moon jellyfish are common, so are nettle, comb and pink meanie jellyfish. The Atlantic sea nettle jellyfish — one of the most common jellyfish species found in the Gulf of Mexico — appear periodically in the shoreline waters of local beaches.

All jellyfish can “sting” from cells, called “cnidocytes,” on their tentacles that paralyze zooplankton and other prey. The intensity of the sting can vary immensely among the different species. Some stings are never felt.

The levels of discomfort or severity from those stings may vary from person to person. Moon jellyfish stings feel like having hot pepper juices splattered on your skin, while nettle stings feel much like a bee sting that might last 45 minutes to two hours.

If you do get stung, doctors recommend removing the stinger carefully with tweezers and soaking the stung area in hot water.

The color of the flag can indicate the conditions at a beach.

We saw hundreds of jellyfish at the Venice Jetty. One gigantic right in the middle of the Jetty. Looked like it could have been a Lions Mane Jellyfish.