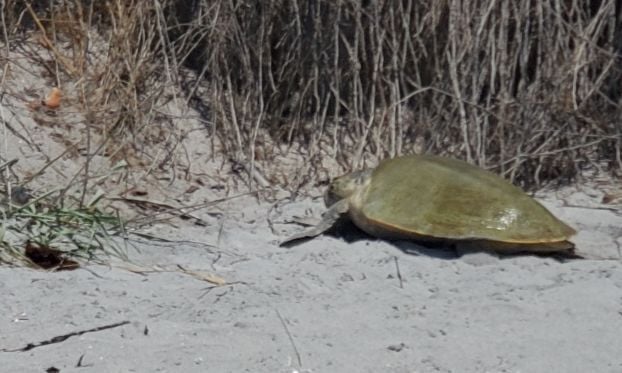 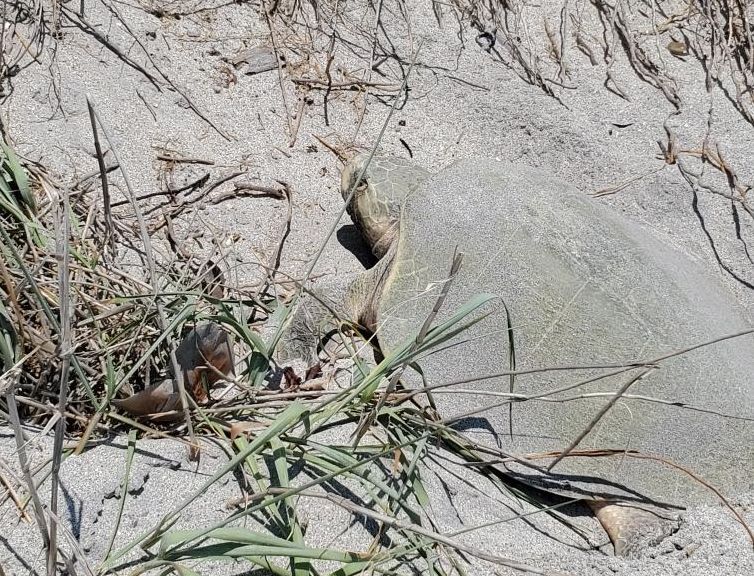 Rare for Southwest Florida beaches, a Kemp’s ridley sea turtle makes its way up Manasota Key beach to lay her clutch of eggs.

“A beachcomber contacted us about a sea turtle nesting (Monday) afternoon,” Bass said. “She thought it odd that she was nesting in the daylight. Wilma and I sent out CWC volunteers, Carol and Jeff Rice and Karen and Isabelle Gilbert to take care of this rare species.”

The Florida Fish and Wildlife Conservation Commission describes Kemp’s ridley sea turtles as endangered and “critically imperiled.” Kemp’s ridley is also the smallest of sea turtle species, growing to an average length of 2 to 2.5 feet and with adults weighing between 85 and 100 pounds.

The females generally will lay two to three egg clutches in a season with an average of 100 eggs per nest. The incubation period for the eggs is 45 to 58 days.

Thousands of Kemp’s ridleys crawl ashore to lay their eggs on the beaches of Rancho Nuevo in Mexico. However, individual Kemp’s ridley lay nests on Florida and south Texas beaches.

Unlike loggerhead sea turtles, which generally nest at night, the Kemp’s ridley will nest in daylight.