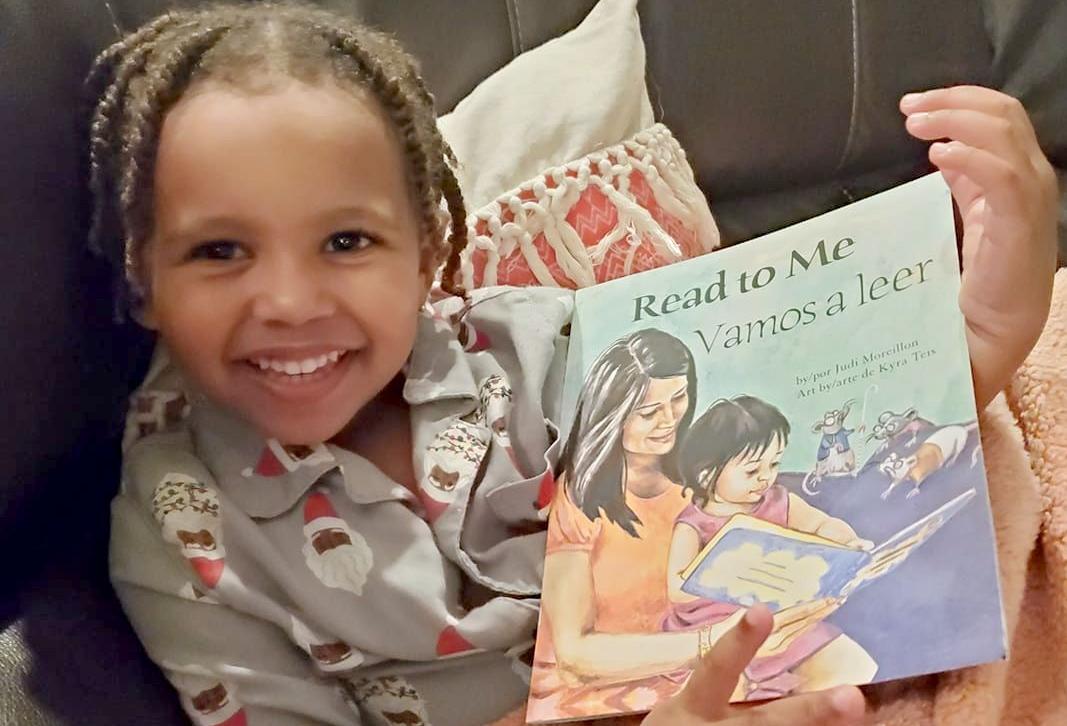 Awa Toure, 4, smiles as she reads her new book provided by the Rotary Club of Englewood. 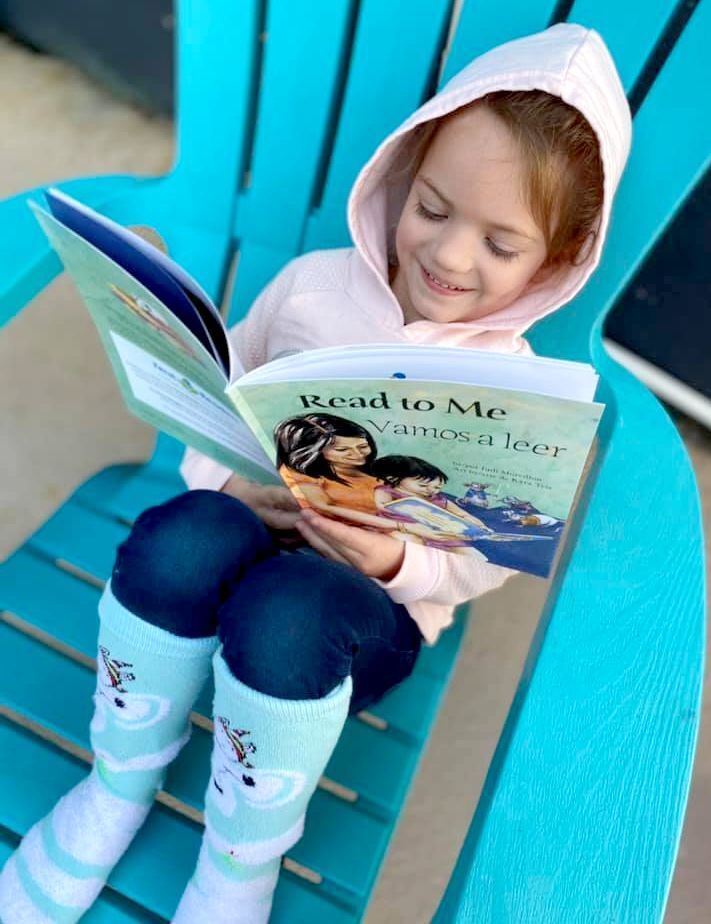 Brinley Dexter, 4, reads a book at her home. She is a VPK student at Englewood United Methodist’s Foundations Early Childcare Education Center. 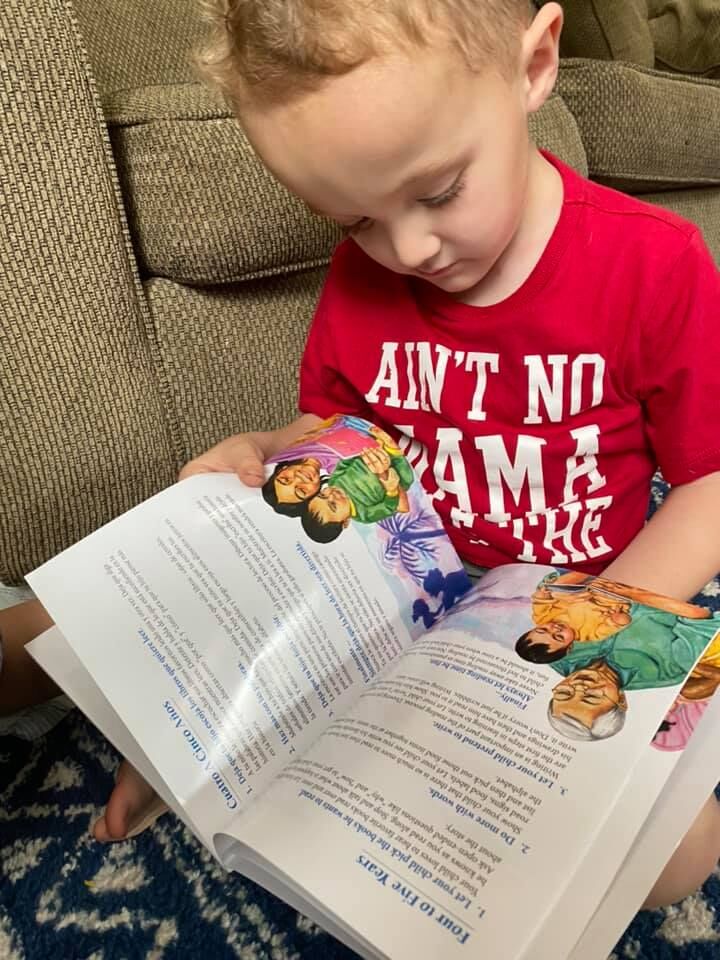 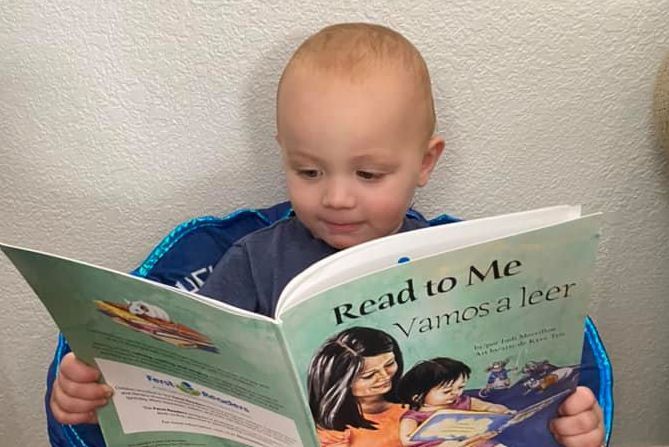 Kohlson Rhoads is interested in his new book given to him by the Englewood Rotary Club.

Awa Toure, 4, smiles as she reads her new book provided by the Rotary Club of Englewood.

Brinley Dexter, 4, reads a book at her home. She is a VPK student at Englewood United Methodist’s Foundations Early Childcare Education Center.

Kohlson Rhoads is interested in his new book given to him by the Englewood Rotary Club.

ENGLEWOOD — A few happy little readers is what the Rotary Club of Englewood calls them. But for the pre-kindergarten children who received the books, it means learning new vocabulary and a chance away from computers.

The Ferst Readers book-a-month program is designed for children 5 and younger. Ferst Readers’ mission is to strengthen communities by providing books and literacy resources for children and their families to use at home during the earliest stages of development.

“Literacy is an important avenue of service to our club members and our Englewood Youth Foundation,” said Deborah Hegedus, president of the Rotary Club of Englewood. “When we decided to look at the Ferst Readers program in early 2019, we had grand plans of getting involved in person to read to children, but COVID-19 altered it.”

Hegedus said members are happy to get the books in the children’s hands and homes, along with some valuable resources for parents.

“This hopefully will make a big impact on these 100 children going forward in our schools,” she said.

Patty Tuff, director of Foundations, said the books are already helping young children at the center.

“Any child under age 2 who is constantly in front of a computer screen, tablet or cell phone, isn’t learning the context of words,” Tuff said. “When a parent reads a book to a child and points to the pictures, the child is hearing new words and learning the meaning of words. They are developing language.”

Tuff said the children love the books and are excited they can keep and take them home.

“Nowadays children’s brains are being hardwired by computer usage,” Tuff said. “Their language is impacted so much because they aren’t using words. The videos they watch don’t have context that helps with language. We have a speech pathologist who works with children at the center who are struggling to be understood.”

Hegedus said in addition to the Ferst Readers program, the Rotary Club of Englewood will soon be delivering “Josh the Baby Otter” books and coloring books to the children.

“We have a strong water safety message for young children,” she said. “The ‘Josh the Baby Otter’ book was developed by the Joshua Collingsworth Memorial Foundation, which is a nonprofit organization created by his parents Blake, a Nebraska Rotarian, and his wife, Kathy Collingsworth.”

The couple memorialized their 2-year-old son’s death after he drowned on June 4, 2008. The book is a tale that promotes children’s water safety. It’s a story of a newly born otter named Josh and how he learns to float and swim with the help of some new friends. Josh’s mother Clare explains why it is so important for children to stay away from water unless they are with an adult.