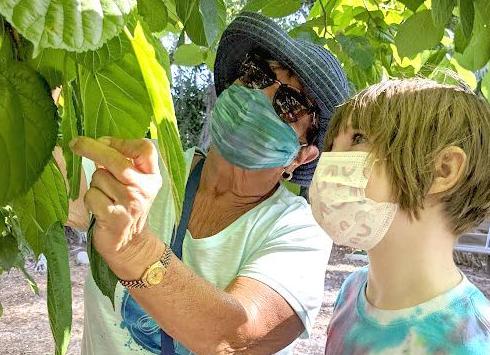 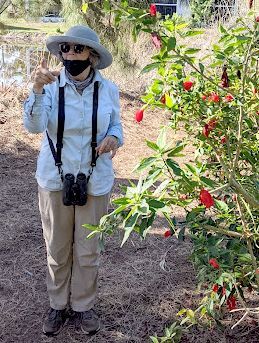 Jayne Woodruff walks along the preserve. 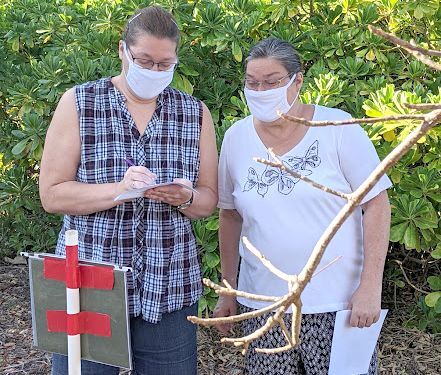 Sisters Lisa LaQuay, left, and Lori Armen worked together to find clues during the hunt. 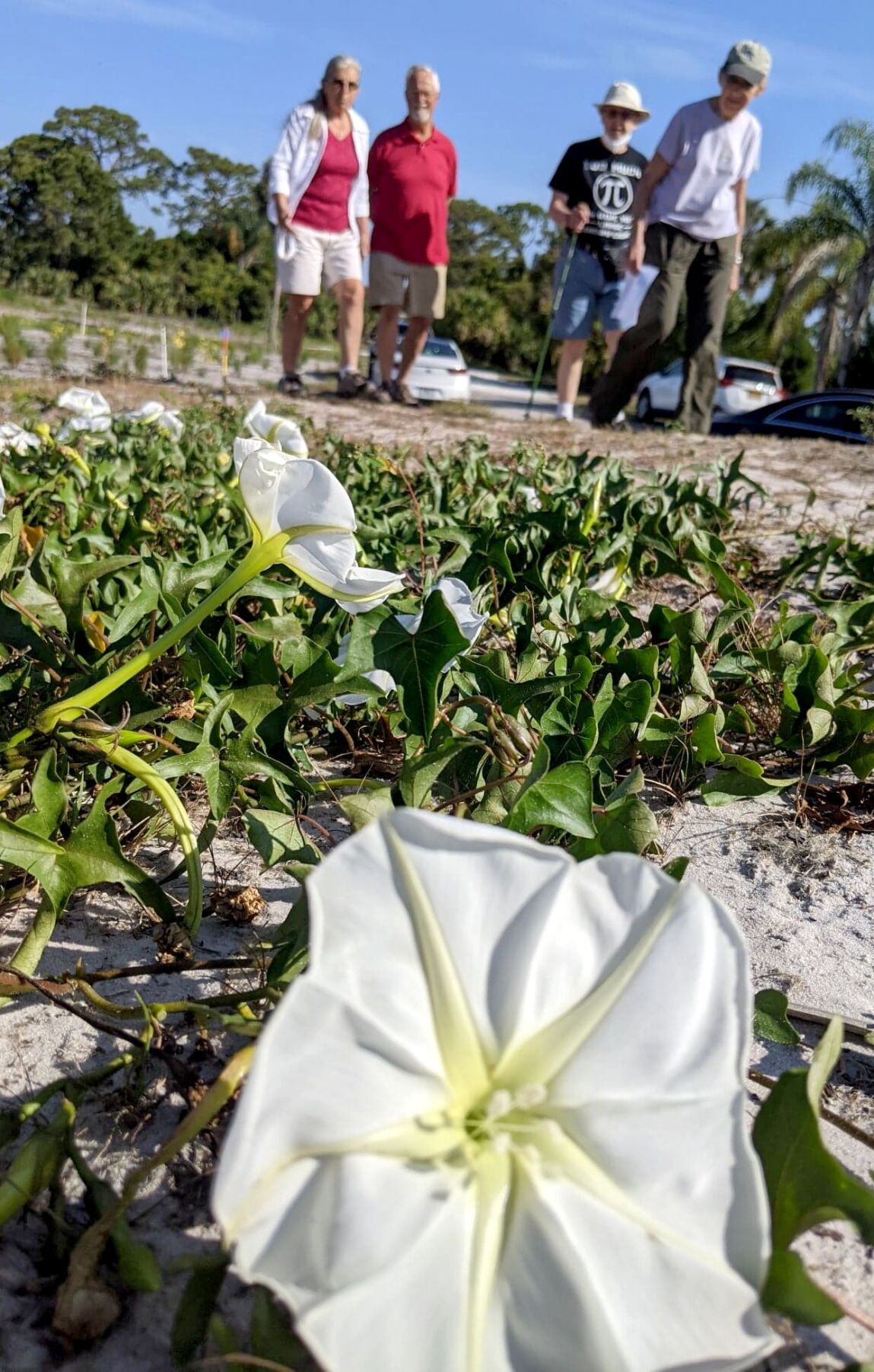 Several teams were on a scavenger hunt Tuesday at the Lemon Bay Wildflower Preserve. 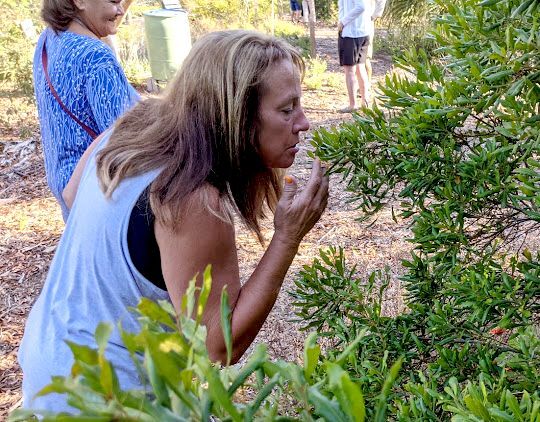 Inside the butterfly garden there are bushes, shrubs and flowers that guests can smell like wax myrtles. 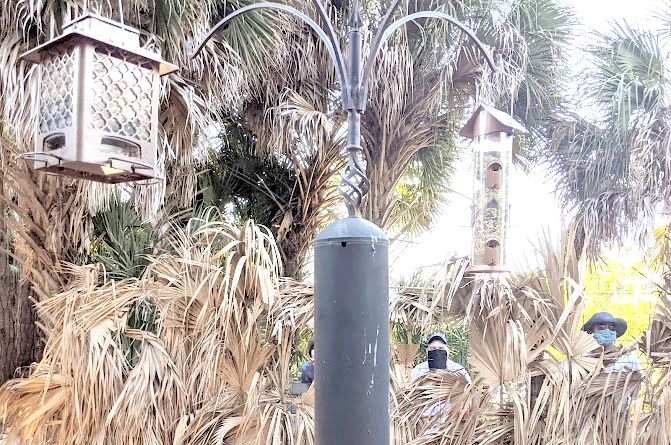 Hiding in the bushes, teams waited for birds to land on the feeders at the preserve.

Jayne Woodruff walks along the preserve.

Sisters Lisa LaQuay, left, and Lori Armen worked together to find clues during the hunt.

Several teams were on a scavenger hunt Tuesday at the Lemon Bay Wildflower Preserve.

Inside the butterfly garden there are bushes, shrubs and flowers that guests can smell like wax myrtles.

Hiding in the bushes, teams waited for birds to land on the feeders at the preserve.

Makar, with her son David and 9-year-old granddaughter Natasha, were on a scavenger hunt at the Lemon Creek Wildflower Preserve. The trio was among several teams spread throughout the newly restored 80-acre property, checking wildlife items off their lists.

Visiting from upstate New York, David and Natasha checked out the purple flowers growing on the edge of the ponds and light coloring on slash pines.

At each sign, they read the answers to the clues along the hunt. They not only learned why it’s important not to feed alligators, but Natasha posed for a keepsake photo next to a sign saying “Beware of Alligators.”

“I wanted to take them to a place where they could have fun while visiting and not be around a lot of people,” Makar said. “We are learning a lot out here.”

Shortly after Makar and her guests left the bird-watching area, another team arrived. Some had binoculars.

The group looked at the brown thrasher with its long bill and upwardly cocked tail. The bird is the cousin to the northern mockingbird. Some spotted the nesting kildeer on the property.

Jeanne’s husband Charlie, guided the group from Cape Cod. He showed the group a large mulberry tree planted as an Eagle Scout project in 2012 by Todd Richter. The tree was planted because it has berries that ripen in April and are a favorite food for birds migrating north this time of the year.

Each group checked out the berries in the mature mulberry tree.

As the groups spread throughout the preserve, some noticed the restoration projects along the way. When the preserve shut down last year due to the pandemic, restoration of the $2.1 million project continued at what was once the old par 62 Wildlife Golf Course. It was overgrown with dense brush and Brazilian pepper.

Tainted soil, recontouring the land and removing the exotic vegetation helped the natural drainage of the property. There are three different habitat types, upland/terrestrial, freshwater and tidal/estuarine/salt water in the preserve which help educate visitors about ecosystems.

“It was done for a few reasons,” said Eve Furner, board of director and chair of the restoration committee of the Lemon Creek Wildflower Preserve, a nonprofit organization.

The preserve is near several neighborhoods. Stormwater runoff from those areas sends extra nutrients onto the 60,000 wetland plantings on the preserve. The water is filtered as it goes through the west side of the property to Lemon Creek under Placida Road and out to Lemon Bay.

Furner said anyone who missed the scavenger hunt can still check out the clues and answers on the signs in the preserve, 8 a.m. to 11:30 a.m. Saturday and Monday, 3120 Gasparilla Pines Blvd., Englewood.

“We finally were able to open to the public again,” she said. “We may still have some prizes left for people who participate in the scavenger hunt Saturday. We will also have a guided tour at 9 a.m. This is the first time we did a scavenger hunt. We are trying new things. From the response it seems people enjoy it.”

Sisters Lori Armen and Lisa LaQuay worked together during the hunt.

“I’m visiting here from New York where I am a teacher and librarian,” LaQuay said. “Any time you have a teacher and a social worker (Armen) together it’s a good combination. We are learning new things together.”