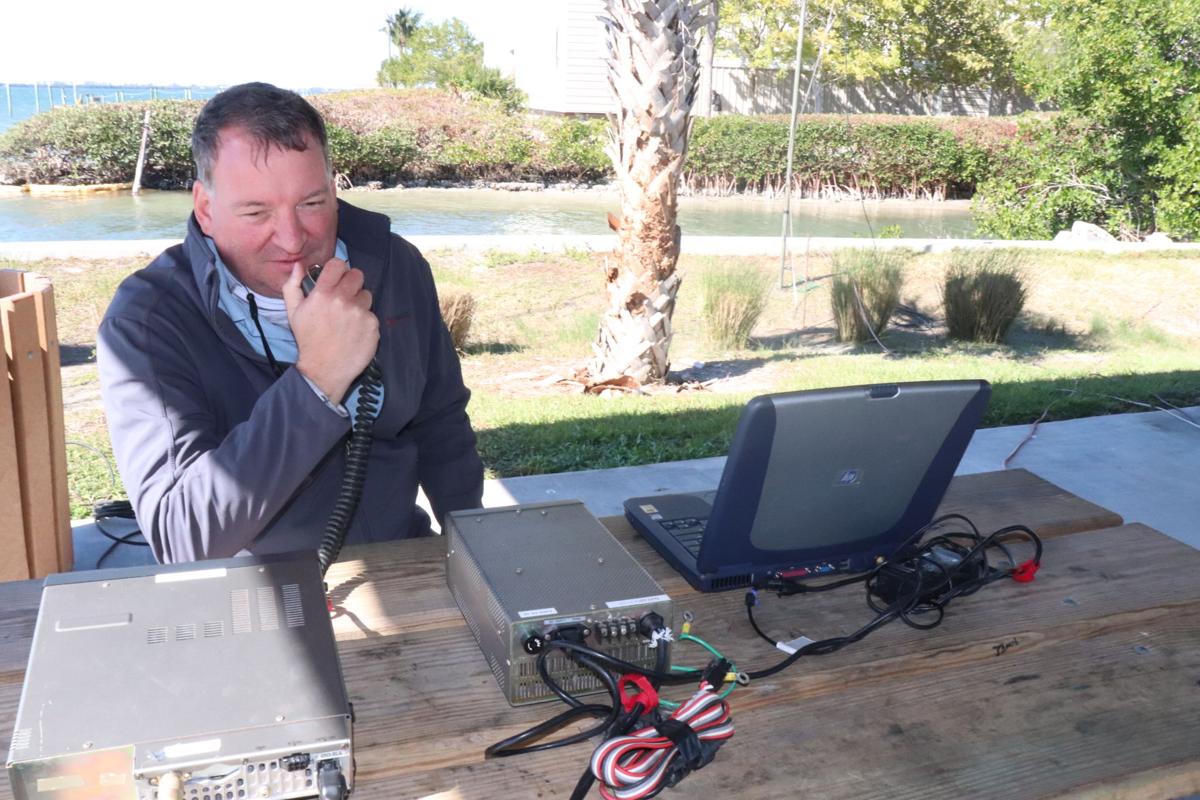 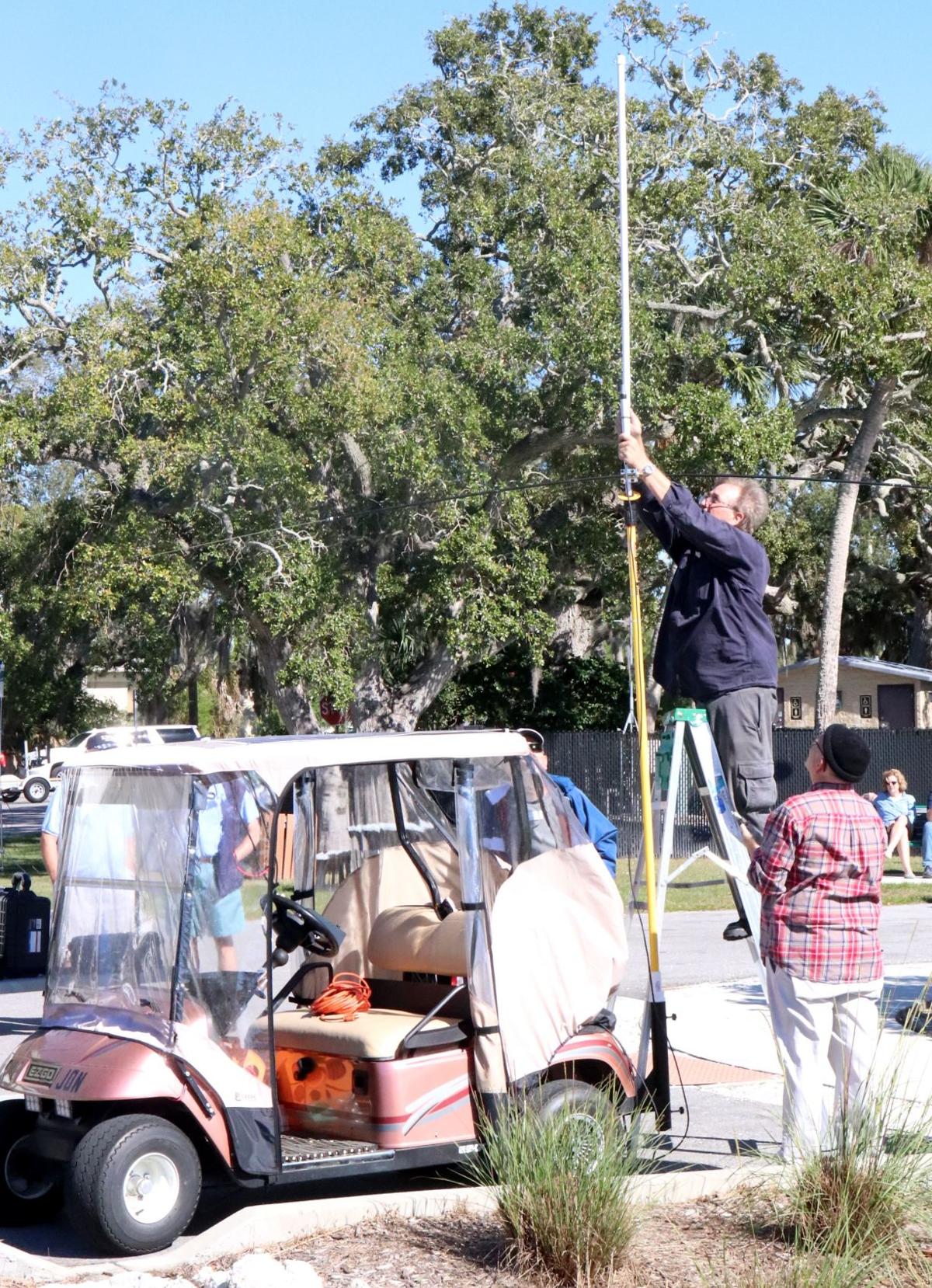 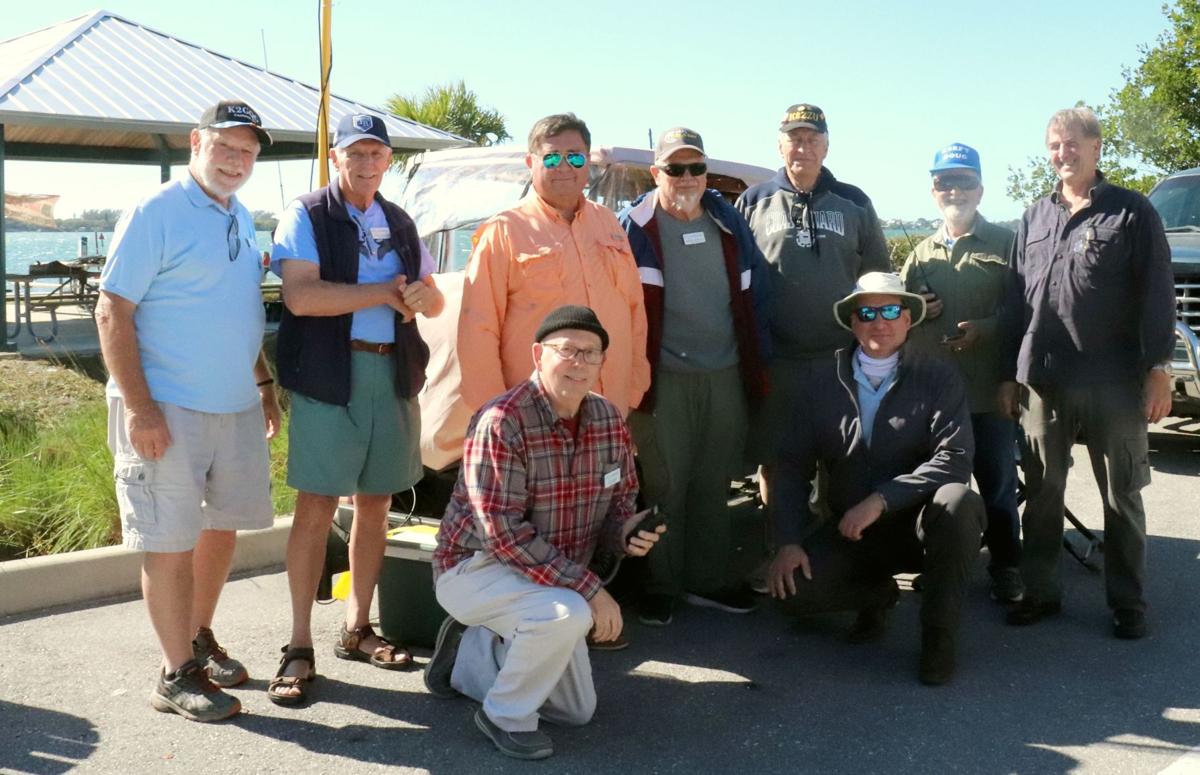 ENGLEWOOD — High winds were a minor challenge for ham radio operators during a recent winter field day in Englewood.

“It’s good to work in the elements,” said Jon Pellant, emergency coordinator of the Charlotte County ARES and member of the Englewood Amateur Radio Society. “When we are called, it’s usually before, during or after an emergency.

“It can rain, be cold or windy. We know it won’t always be the perfect sunny day for us to set up and transmit.”

“We use the field day as a practice run to see if the equipment will work in all different parts of the community,” he said. “Since Englewood is straddled between two counties, we really have to make sure we know what works and what doesn’t. There are three clubs in Charlotte County.”

The club stands ready to help Charlotte County Emergency Management with many kinds of emergencies, including hurricanes. Ham radio operators are assigned to the three shelters and one emergency shelter in Charlotte County. Ham radio societies have their own internet — SARnet — does not use the internet, cellular telephones, or land lines. Ham operators can connect the county to that system temporarily until the regular internet like Comcast is restored. The ham internet is digitally orientated so it doesn’t rely on buried cable, which can be obstructed by downed trees. SARnet is a network of linked UHF voice repeaters that serves the state of Florida, Pellant said.

In 2017, during Hurricane Irma, internet service was spotty, as Comcast and Verizon encountered problems.

“The county used us ham radio operators to help communicate back to emergency management operations’ command center,” he said. “In the aftermath of a storm, we are always there. We will transmit until the other networks are up and running. During the field days, we check into a network to see if we have the ability to transmit in different parts of the county.”

Jonathan Blincoe, past president of the Englewood Amateur Radio Society, worked on an antenna during the event.

“We have what looks like a golf cart, but it’s really a mobile unit rigged to help us transmit,” he said, adding ham radio isn’t just an “old man’s hobby.”

John Babbit likes being a part of the club because there’s always something new to learn, he said.

“We can help train people who want to learn about ham radio operating,” he said. “It’s great to talk to other operators around the world.”

EARS meets at 7 p.m. the second Tuesday of each month at the Englewood Chamber of Commerce, 601 S. Indiana Ave. For more information, visit earsradioclub.org.

The Foundation for Amateur Radio is offering 2020-2020 scholarships. For more information, visit www.qcwa.org.