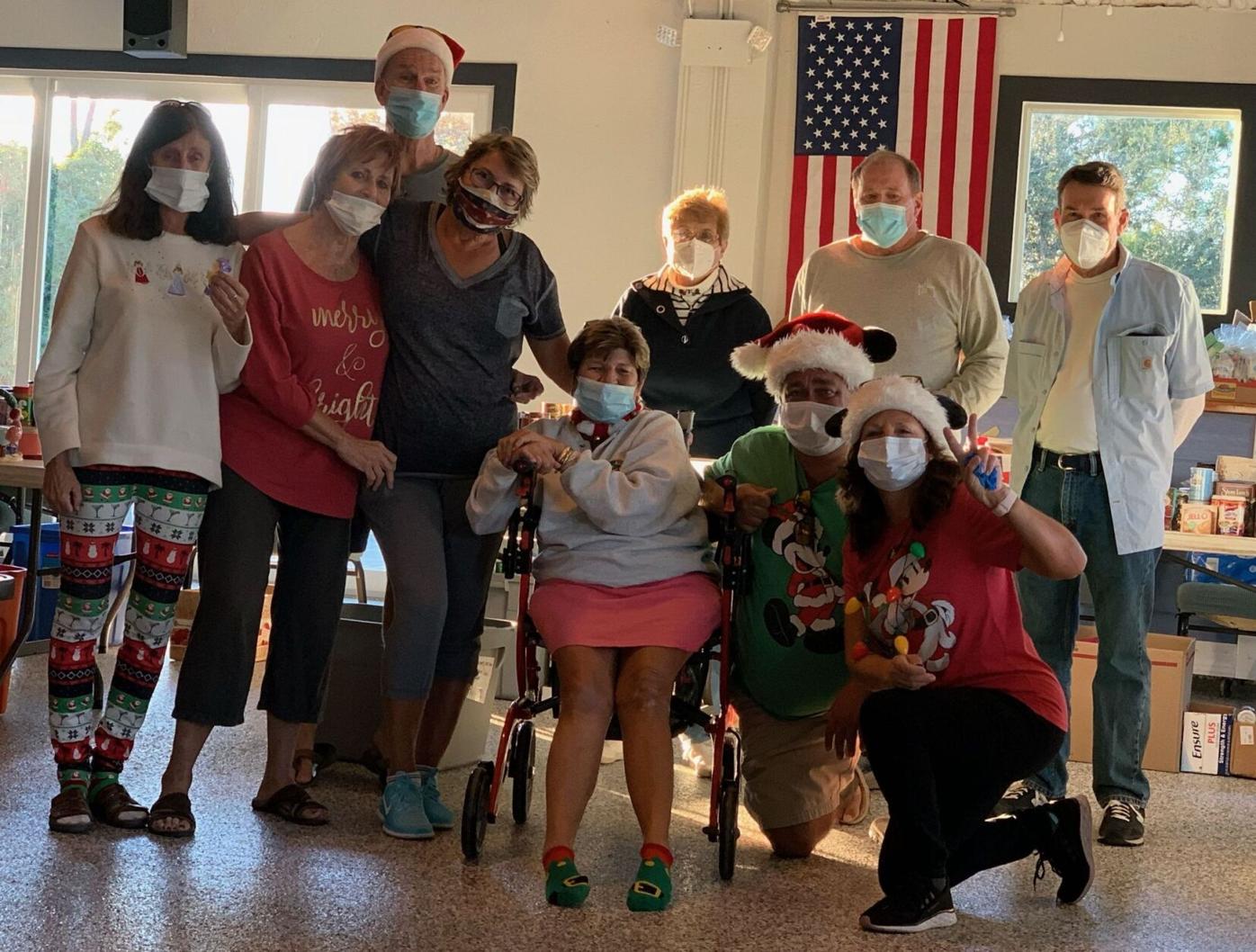 South Gulf Cove neighbors gathered at the community center on Ingraham Boulevard to collect and the distribute donated items to need families in honor of Jess Harrison, who died earlier this year after contracting COVID-19. 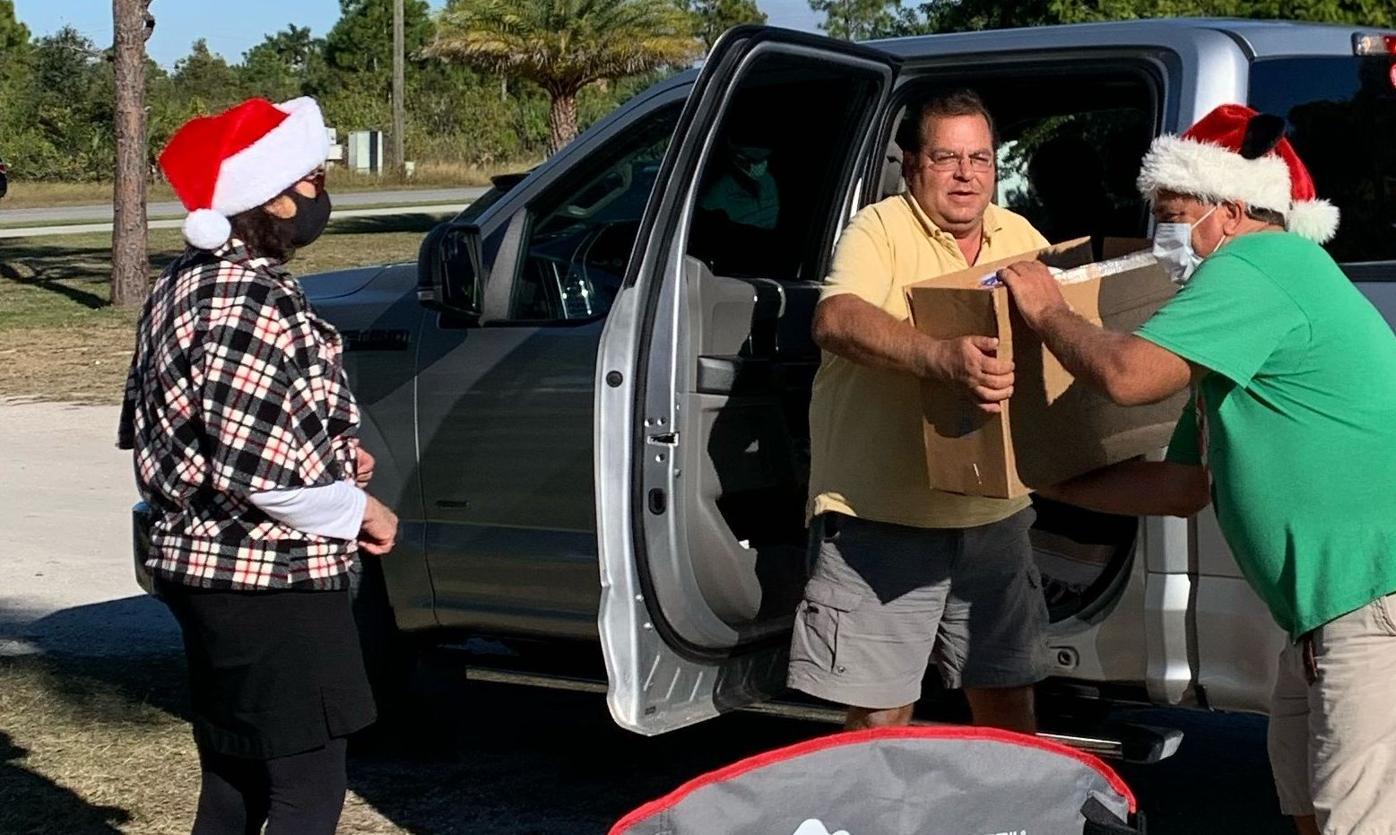 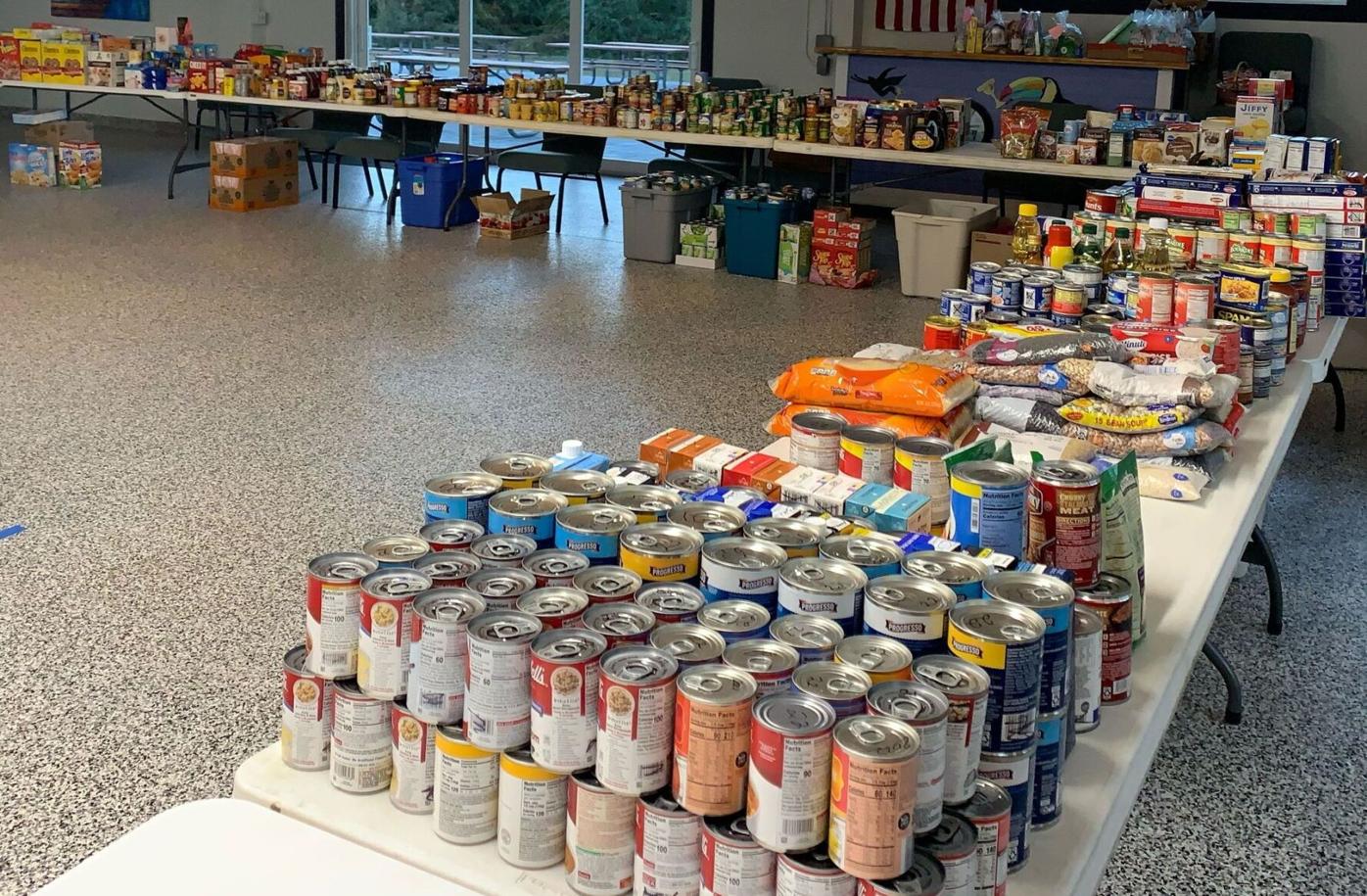 The donated food and other items are lined up neatly in the South Gulf Cove community center for distribution on Saturday,

South Gulf Cove neighbors gathered at the community center on Ingraham Boulevard to collect and the distribute donated items to need families in honor of Jess Harrison, who died earlier this year after contracting COVID-19.

The donated food and other items are lined up neatly in the South Gulf Cove community center for distribution on Saturday,

SOUTH GULF COVE — Jesse Harrison was a fun-loving guy. He enjoyed fishing, he helped out with neighborhood canal cleanups, and loved to spend time with friends and taking his wife Linda dancing.

When he died in November of COVID-19, Linda wanted to help others in her husband’s memory.

“I asked the (South Gulf Cove) Conservancy, Care and Trust Inc. to help collect items, set up and have a benefit for people in South Gulf Cove who need a hand up,” Linda said. “I wanted to do this as a way to thank Jesse and his love of the canals, dogs and South Gulf Cove community and Yacht Club.”

Linda and friends were amazed how generous the community was in helping this year. Neighbors donated items, and everything was gathered at the newly refurbished clubhouse on Ingraham Boulevard. They were distributed out last weekend.

“Winn-Dixie gave us a gift card, which I used to purchase a whole bunch of dog food to donate,” she said. “The leftover dog food, blankets, laundry soap, etc. is going to the Animal Welfare League. They were wonderful to us when we were in the hospital with COVID-19. The local Home Depot donated two decorated Christmas trees. Our residents donated so much, too.”

Linda donated Jess’s clothing, some of her own, bought children’s bike kids and made sure there was lots of food to give away.

The leftover food was headed to Englewood Helping Hand and Project Phoenix.

“We helped a woman who is raising six grandkids, and they live locally,” Linda said. “I loaded up as much food and clothing as I could. I gave the kids something to give their grandma and grandpa for Christmas.

“The gifts were valued in the thousands that were given away that day.”

Linda, who survived a bout with COVID-19, said she believes some had too much pride to come during the event. However, afterward, when she put some items out, they went too.

“I really want to do something like this again,” she said. “I know there’s a need out there and Jess would appreciate it too. He was so much fun to be around. People just loved him. He would be so proud that about $10,000 was raised to help people in our community, all in his name.”