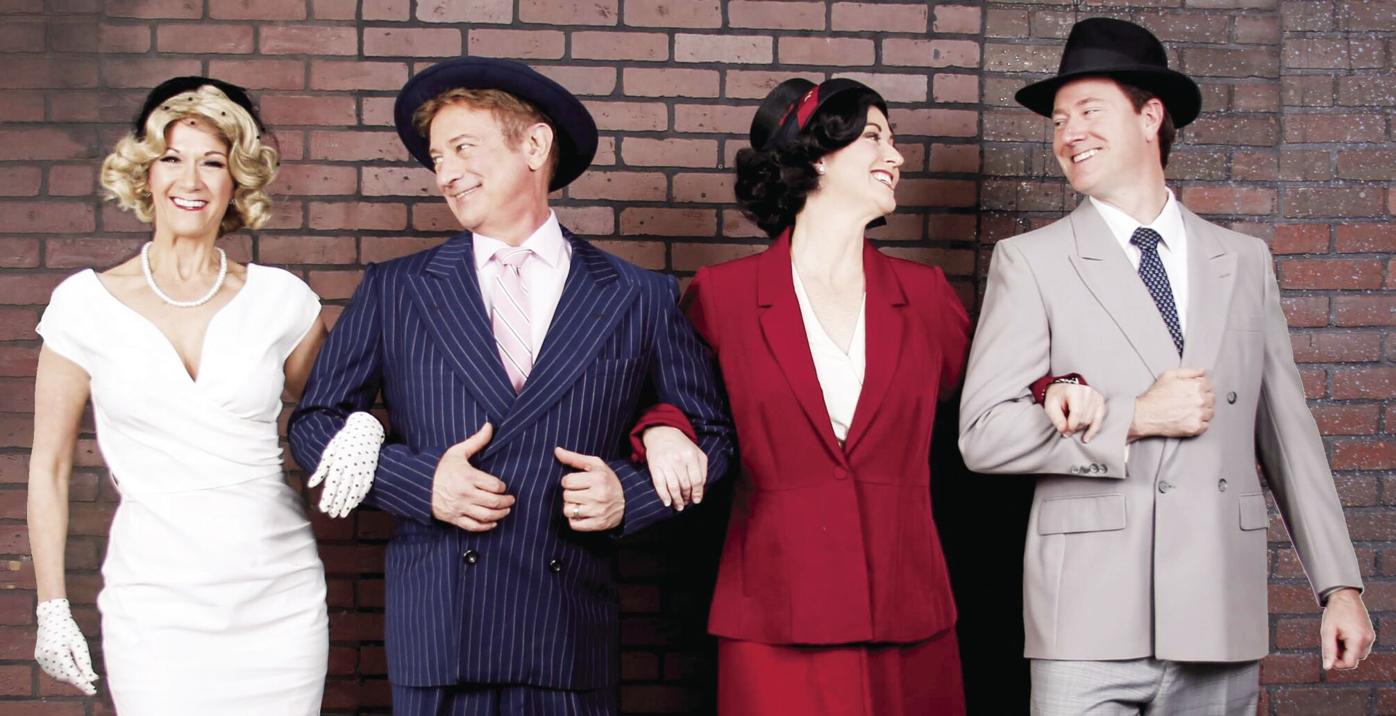 Guys and Dolls at the Venice Theatre 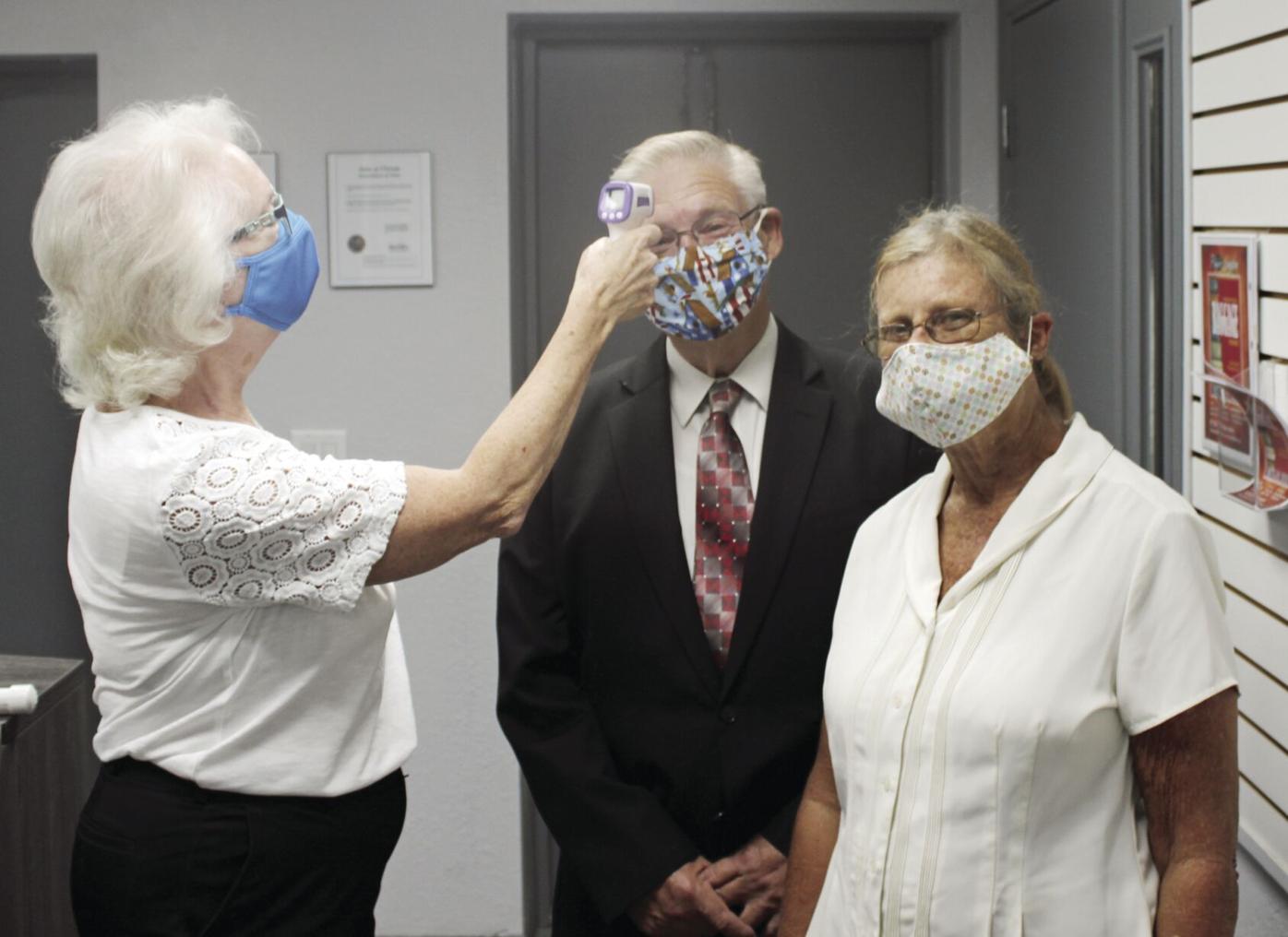 With shows resuming for the Charlotte Players, all patrons will have their temperatures taken upon arrival at the theater. 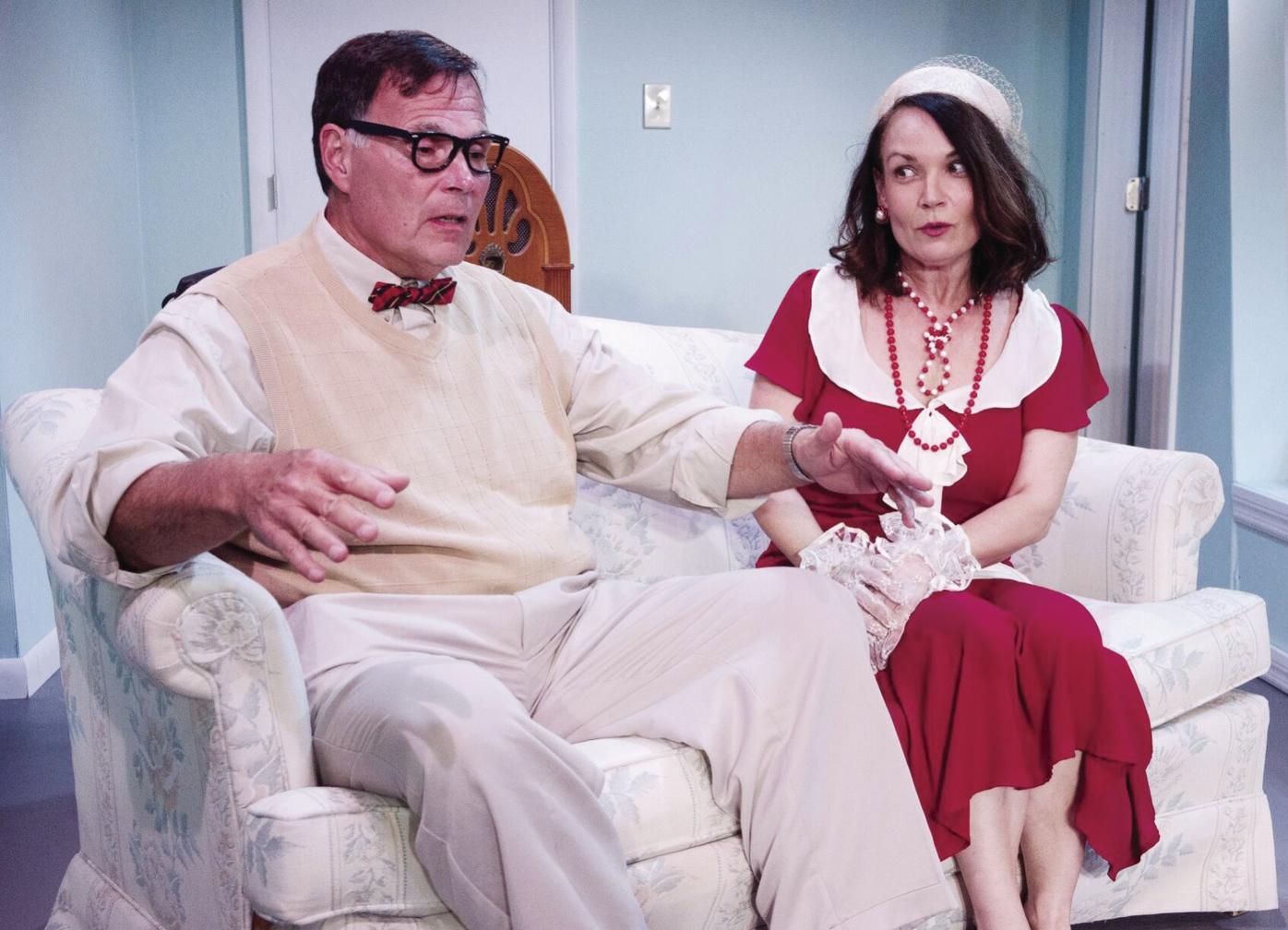 Lend Me a Tenor at the Lemon Bay Playhouse 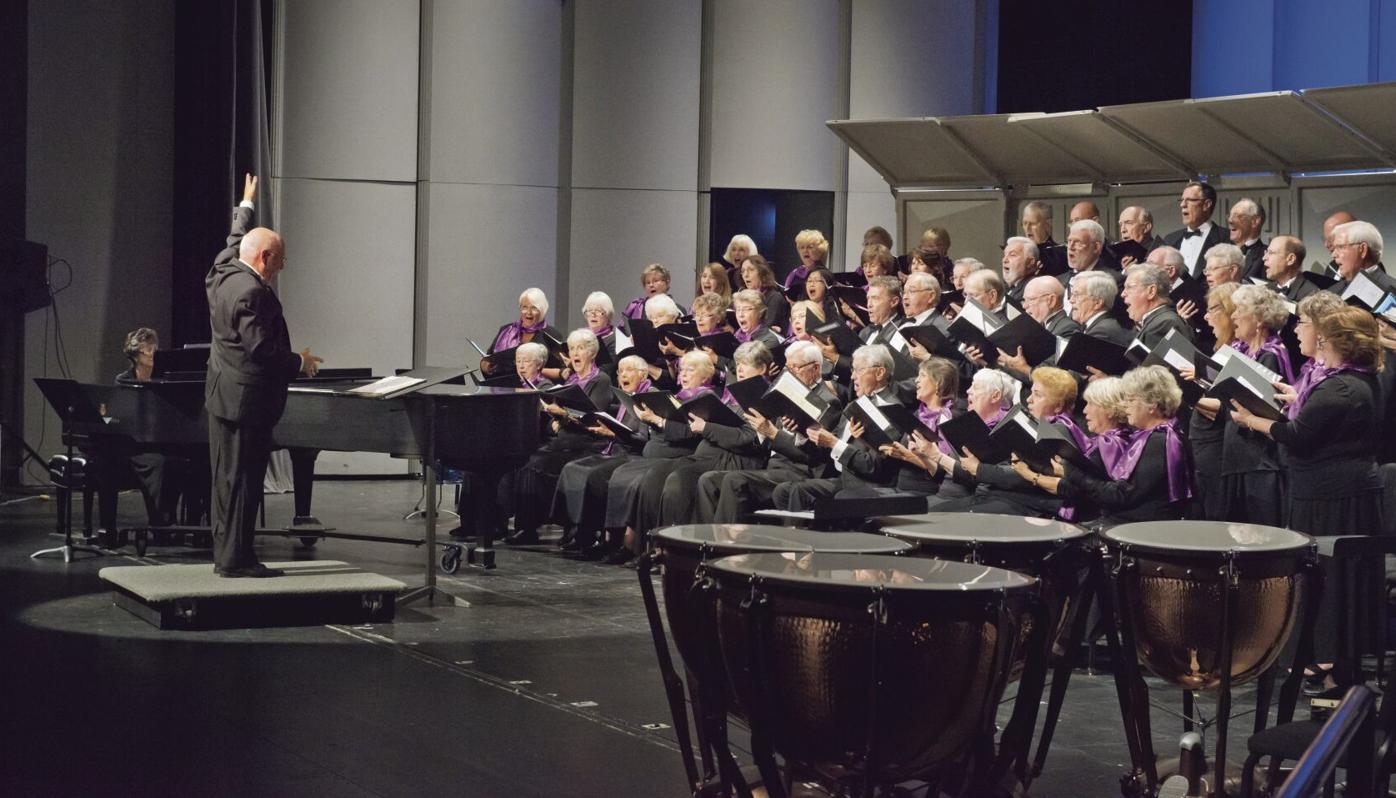 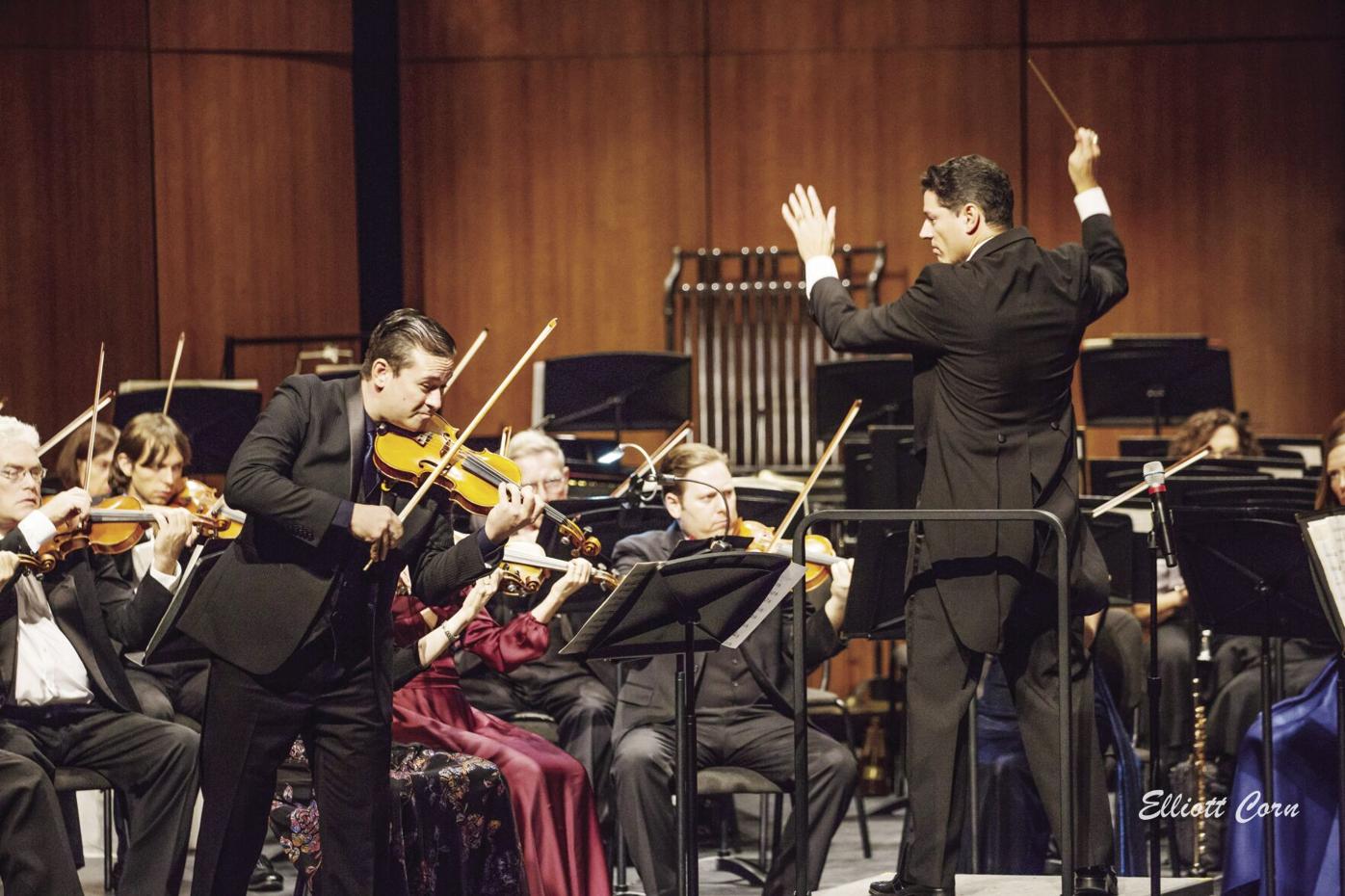 Guys and Dolls at the Venice Theatre

With shows resuming for the Charlotte Players, all patrons will have their temperatures taken upon arrival at the theater.

Lend Me a Tenor at the Lemon Bay Playhouse

As the lights went out on Broadway on March 12, the Charlotte Players were just beginning their run of Neil Simon’s Proposals at the Langdon Playhouse in Port Charlotte. Over in Englewood, the Lemon Bay Playhouse was one week into their run of Ken Ludwig’s Lend Me a Tenor. The Venice Theatre was wrapping up its second week of its production of Guys and Dolls. Within the week, all three stages went dark.

Across Florida—and the nation as a whole—the performing arts took an intermission.

After a summer of uncertainty, our local performing arts organizations are now forging ahead, reevaluating and reimagining their upcoming seasons and considering what they can offer to their loyal patrons who are no doubt eager for entertainment. For some, moving performances ahead a season or two seemed to be the solution, while others have already turned the lights on and headed back to the stage with many new precautions in place.

Putting on the brakes

Performing arts organizations plan out their seasons months, if not years, in advance. Rights to music and stage productions have to be secured. Performance venues have to be booked. Marketing materials need to be prepared well in advance of season ticket sales, which often occur as the prior season is ending. COVID sent all that planning into a tailspin.

“The COVID-19 crisis has placed unprecedented pressure on the solvency of the performing arts at large,” said Craig Badinger, executive director of the Punta Gorda Symphony. “Almost overnight, organizations have been forced to reevaluate, reimagine, and reinvent how we can continue bringing live entertainment to our communities.”

The Punta Gorda Symphony was actually one of the lucky ones, having squeaked in their final performance of the 2019-2020 season on March 8, just days before COVID-19 was declared a pandemic. While other organizations in our community were trying to figure out how to reschedule canceled performances, they were able to look ahead to the future. The concerts originally planned for their 2020-2021 season have been moved to 2021-2022, and the leadership team “is actively working to reimagine how we’ll engage together this year … continuing to explore possibilities for programming.”

The Charlotte Chorale, Charlotte Players, Lemon Bay Playhouse, Venice Theatre and Venice Symphony have all announced plans to move many of their cancelled performances to the 2020-2021 or 2021-2022 seasons. And these decisions will have significant financial impact.

While no one goes into the performing arts to make millions—at least at the local level!—there are still bills to be paid and staff to be compensated. And while majority of locals actors, singers and musicians have “day jobs,” many of them still come to rely on the supplemental income they receive for performances.

“The pandemic and the ensuing contradictions and confusion have wreaked havoc on the performing arts nationwide,” said Peggy Grim, president of the Charlotte Chorale. “For the musicians and their organizations in general, the financial loss has been and is devastating.”

Sharyn Lonsdale, director of marketing for the Venice Symphony, described the pandemic as “absolutely the most challenging time in our 47-year history. As we are forced to cancel our concerts and fundraisers, The Venice Symphony is faced with the very basic and significant challenge of funding our organization while staying connected to our patrons.”

Some organizations have already begun testing the waters with live performances while others have made the decision to hold off until December or January. Virtual concerts and shows have also come up as an option to stay connected to patrons, particularly for our two symphony orchestras, who have both officially postponed their 2020-2021 programming to the 2021-2022 season.

“Planning has been very difficult and frustrating,” Grim said. “Many in our membership feel adamantly that we should resume rehearsals, safely, while others feel equally adamant that caution should rule and we should not get together until everyone feels safe.

“On the other side, our patrons want very much for concerts to resume, while still being concerned about attending. We do plan to begin rehearsing on schedule, with the hope that a Christmas concert can be performed.” The Chorale has already secured a larger rehearsal venue to allow proper social distancing for its members as well as facial protection to be used while singing.

Safety, of course, is the key to live performances resuming. Going to the theater or a concert has never been a socially distanced activity. Whether a venue has 100 seats or 1,000, a sell-out crowd is always the goal. Symphony orchestra musicians number in the 100s, while choral groups often have at least 50 singers on stage at once. A musical production could have a cast and crew of more than 100 people. During intermission, patrons stream to the lobby to socialize and enjoy food and drink from concessions.

So how do the performing arts become socially distant?

Laurie Colton, director of marketing and public relations for the Venice Theatre, stated that they are planning smaller scale productions—no musicals, smaller casts—with socially distanced audiences. Producing Executive Director Murray Chase happily announced on September 9 that they would be returning to live shows on September 26, with 120-130 patrons seated in the 432-seat Jervey Theatre. Face covers will be required and temperatures will be checked. “Bring a smile,” he wrote in the announcement. “We’ll all have smiles behind our masks. Hopefully soon they won’t be needed.”

The Lemon Bay Playhouse is one that decided to start its next season in January, with four plays instead of the usual seven, with the hope that the pandemic will be more under control by then. “We want our patrons to know that we are very mindful of their safety and health as well as that of our actors. We are looking forward to re-opening, but only when we are convinced it will be safe for us all,” said Bob LaSalle, board president.

The Charlotte Players has proceeded full steam ahead with their 2020-2021 season. A Shot in the Dark opened at the Langdon Playhouse on September 11. Audience members must have their temperatures taken upon arrival, are socially distanced when seated and must wear face masks. The Players felt confident in returning to their full schedule thanks in large part to a grant from the Community Foundation of Sarasota County, which allowed the organization to purchase, amongst other things, a professional fogging machine to disinfect the theater between performances, wall-mounted hand sanitizing machines, touchless soap dispensers, acrylic contact guards for the box office and concessions, touchless forehead thermometers, and masks and face shields for the actors.

Over the 4th of July weekend, many of us eagerly crowded around our televisions to watch the Broadway production of Hamilton, streaming on Disney+. While tickets to the actual stage production were nearly impossible to come by—and very expensive if you could actually get one—we were suddenly all able to be in “the room where it happened.”

Was it the same as being there live for the performance? No. Was it a close second? Absolutely. We even got to see Jonathan Groff’s spittle up close. Indeed, it turns out that live theater can play out quite well on the small screen … sometimes.

It turns out, streaming performances isn’t really a viable option for our local theaters. “I have watched several webinars sponsored by the AACT, American Association of Community Theaters, and this does not appear to be a fix for most community theaters,” said Sherrie Moody, executive director for the Charlotte Players. After all, community theaters don’t have Broadway-sized budgets. They don’t have access to high-end streaming platforms like Netflix or Disney+.

Additionally, “99 percent of all royalty houses are not issuing the rights to do this,” Moody said.

While virtual performances may not be a valid option for community theater, look to our local symphonies to stream some live music into the comfort of your own living room. Music Director and Maestro Troy Quinn of the Venice Symphony is planning “a ‘reimagined season’ of innovative virtual concerts,” including their annual holiday concert, known this year as “The Venice Symphony at Home for the Holidays.”

The Symphony tested the virtual waters this summer with three free video series—Education Spotlight, which featured musicians and educators providing demonstrations and lessons; Meet the Musician, “an interview series with our orchestra members at home, allowing the public to get to know the face behind the music;” and Behind the Baton, a monthly series with Quinn. The Symphony plans to continue offering both Meet the Musician and Behind the Baton for the foreseeable future.

While the Punta Gorda Symphony had yet to make a formal announcement of their virtual performance plans by the time this issue was going to press, great things are in store based on the success of their Virtual Music Camp this summer.

“We partnered with two local child-service organizations, Boys & Girls Clubs of Charlotte County and Guardian ad Litem,” said Badinger. “With the benefits of technology and the internet, we served 29 youth, including four from Lee County to the south, and three from out of state with grandparents who are Punta Gorda Symphony patrons.”

All for the patrons

Regardless of when our performing arts organizations head back to their respective stages, one thing is certain, they are all eager to get back. They miss doing what they love—performing, making beautiful music, bringing stories to life, engaging with their patrons and helping them escape reality for a few hours.

“We hope our patrons and all fans of the arts understand that every decision, no matter how disappointing or difficult, is made with their health and safety in mind,” said Sharyn Lonsdale, director of marketing for the Venice Symphony. “We do not want to compromise on the quality of our concerts and especially, the quality of the concertgoer’s experience. This is an ‘intermission’ and with support and understanding, we will all be back better than ever.”