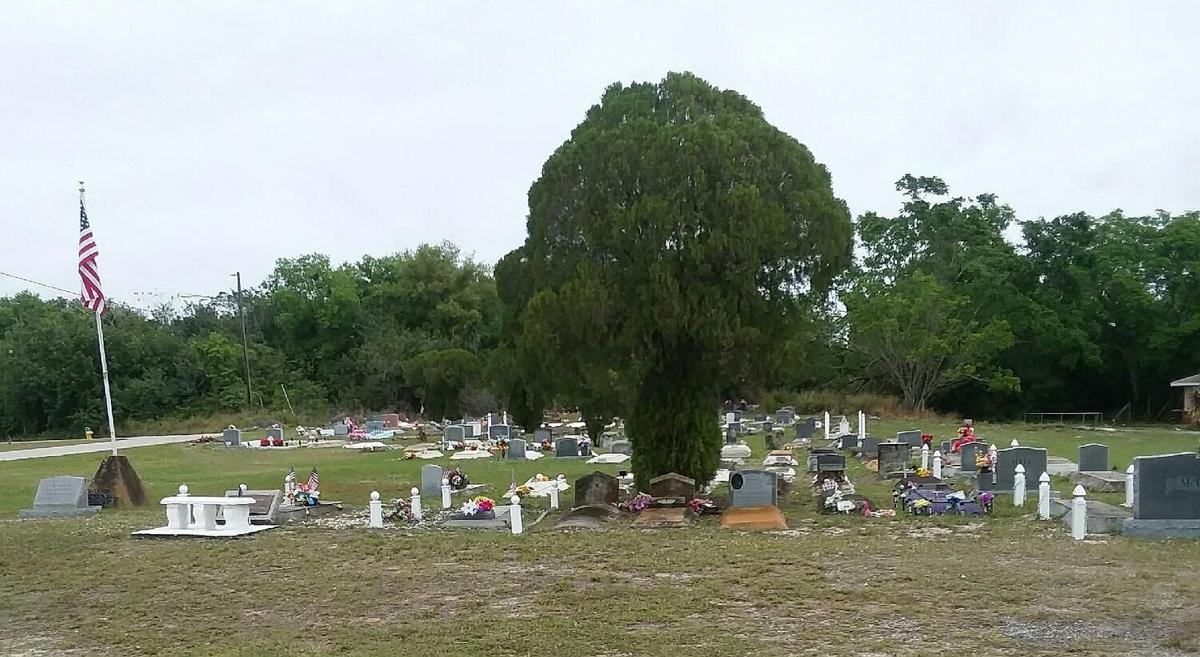 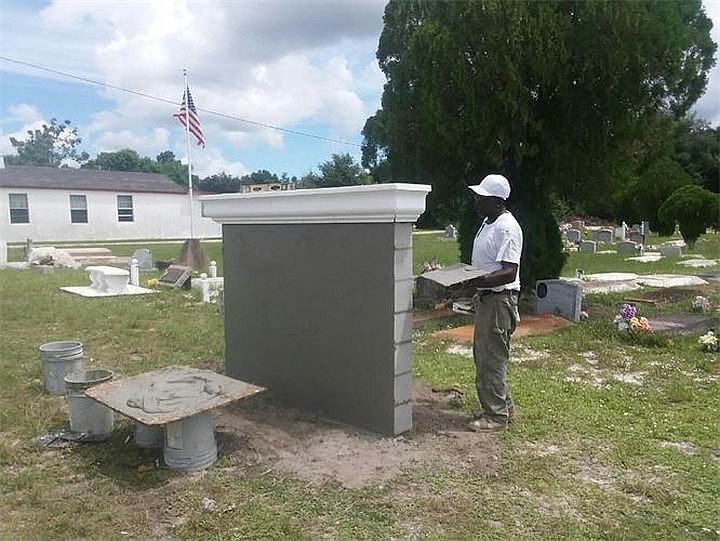 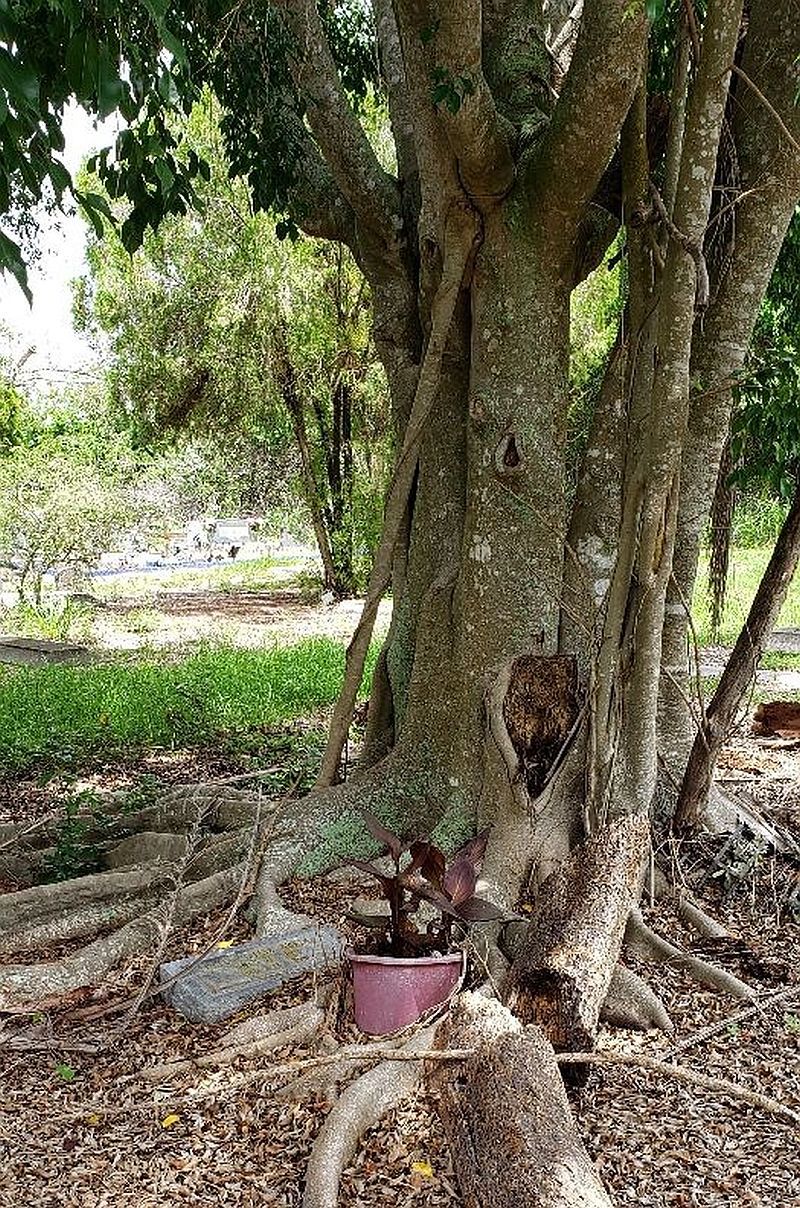 Tree roots disturb a headstone at the Highway Park Cemetery. 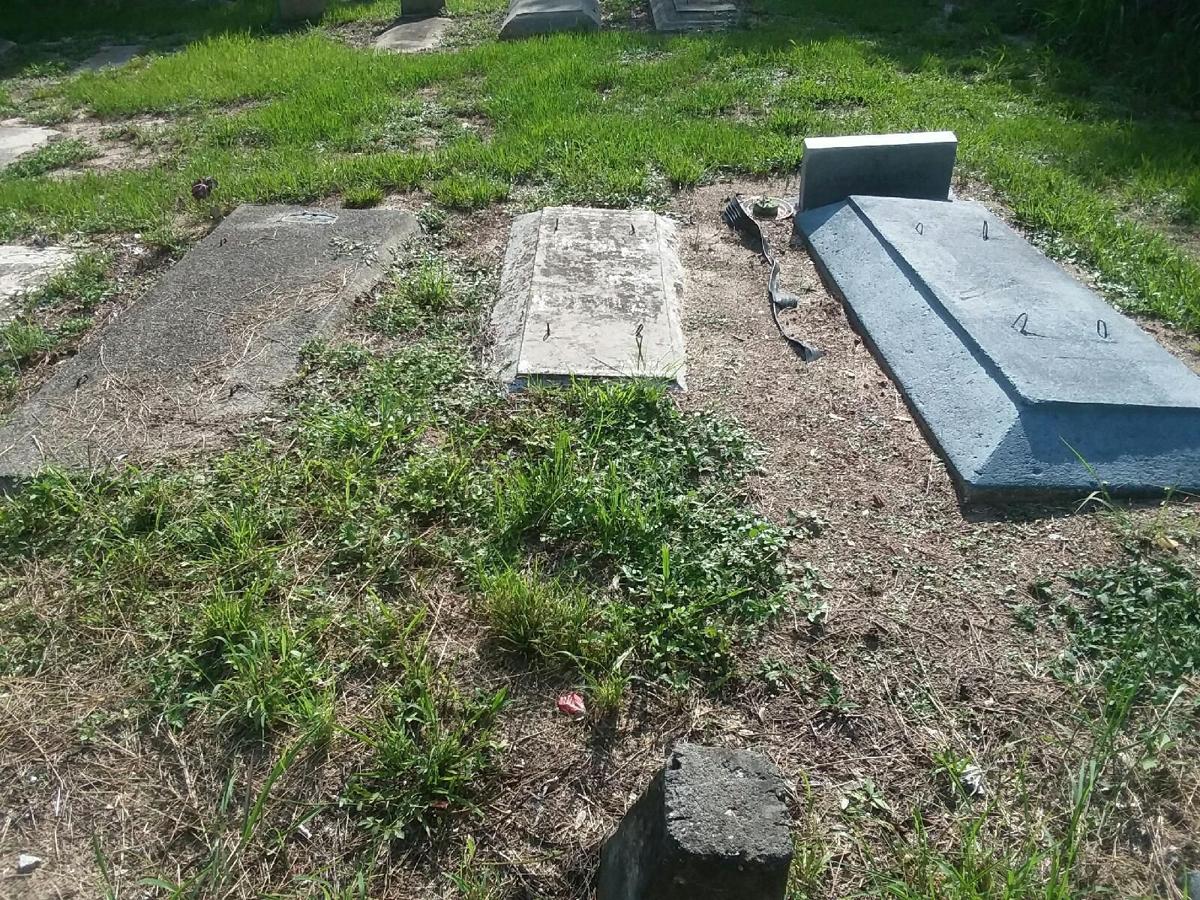 Inside the Highway Park Cemetery.

Tree roots disturb a headstone at the Highway Park Cemetery.

Inside the Highway Park Cemetery.

LAKE PLACID — Nestled in Highway Park on Crestmore Drive is a mysterious cemetery that many who live in the small town may not know about. It is appropriately named after the subdivision it is housed in. It is mysterious because no one seems to know who started the cemetery or when. It seems it always existed

No one really knows how many people are interred in the cemetery. According to Highway Park Neighborhood Council President Evelyn Colon, the cemetery was already in use before the Lake Placid subdivision was platted in 1935. Land for the cemetery was donated by Highlands Lodge 20 Prince Hall, AF & FM and the Bostic Family. Colon said an additional lot was negotiated as well.

“We do not have an exact date as to when the cemetery was founded,” Partrice Ayala, secretary for the Highway Park Cemetery Association said. “However, we have located a headstone that has a burial date of 1947.”

Ayala said it’s difficult to tell how many people are buried in the cemetery.

“The former Board members of the Highway Park Cemetery Association did not routinely keep running records of burials. But, following a recent search of the Highlands County Board of County Commissioner’s archives by the new Board members, we discovered 112 recorded burials,” Ayala said. “However, there are many more people who are laid to rest at the cemetery.”

Until recently, it has become overgrown, vandalized and unkempt. The Highway Park Neighborhood Council, Highway Park Cemetery Association and volunteers have been putting a lot of time, sweat equity and grant money toward rehabilitating the cemetery.

The HPNC was awarded a Community Resilience grant Keep America Beautiful for $10,000 and the funds were used to help with two large projects, the Veterans Memorial and the cemetery. The Florida Department of Transportation gave the council a reimbursement grant for up to $16,000. The council has only been able to use about $7,500, Colon said.

Colon said there is no source of funding such as government, trust funds or cemetery fees to provide maintenance for the cemetery. She said the lots were as low as $225 and some people paid as little as $25 in the past. The cost of keeping the grass mowed is $2,400 annually.

“There is a small amount in a savings account that is left over from when my Dad, Rev. Leroy McGahee, was president of the Association,” Ayala said. “However, we are unable to to access those funds at this time.”

Highway Park is predominantly populated by African Americans who celebrate their culture even in burying the dead. In this case, a couple of customs have created challenges. Colon said many of the coffins are buried in vaults but some of the vaults are buried 6-12 inches above ground. Many vaults began to sink in the sandy soil after many years.

Colon also said the headstones and and graves have been uprooted from the trees that were planted by families. She said the tradition went back to the time of slavery; a family would plant a tree instead of a headstone because the stone would not have been allowed. The trees were a major part of the rehab of the cemetery. Any arborists willing to donate time and talent, Colon said the cemetery still needs some help with trees.

“One of the major projects was the removal of two very large Walking Ficus trees that had extensive above ground root systems,” Ayala said. “These roots were growing over grave sites and causing headstones to be overturned. We also had a large Live Oak tree and a very large Date Palm tree removed. Other projects include installation of signage and 240 feet of vinyl fencing along the south end of the cemetery.”

Access is a major obstacle to properly maintaining the cemetery.

“There is a small driveway that borders private property on the north edge of the cemetery, which used to be an orange grove,” Ayala said. “In the past, the property owners maintained the overgrowth of trees and bushes, and entry into the east end of the cemetery was much more easily accessible. Now that the orange grove is no longer there, the trees have been allowed to go unkempt and the driveway is nearly impassible.”

The hard work has improved the cemetery and the association will continue to work, with Teddy Callahan Sr., project lead, at the helm. A re-dedication of the cemetery and the Veteran’s Memorial will be held at 10 a.m. on Saturday Aug. 31. Just a stone’s throw away the memorial re-dedication will take place at 10:45. The public is encouraged to attend. For more information, to purchase an etched brick or donate to a project call 863-840-2995.