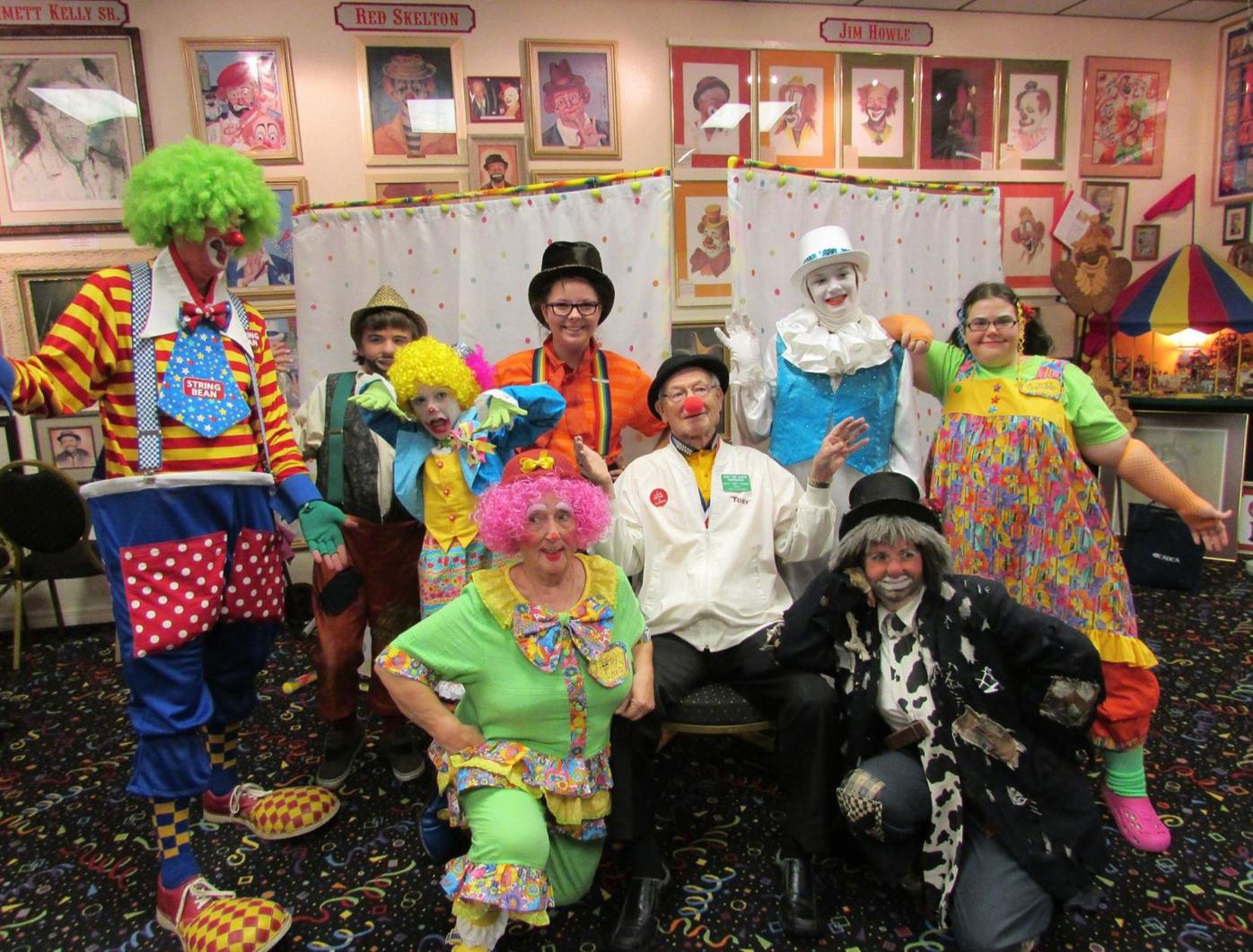 Keith "Toby" Stokes was praising the Junior Joeys as they performed their graduation skits. 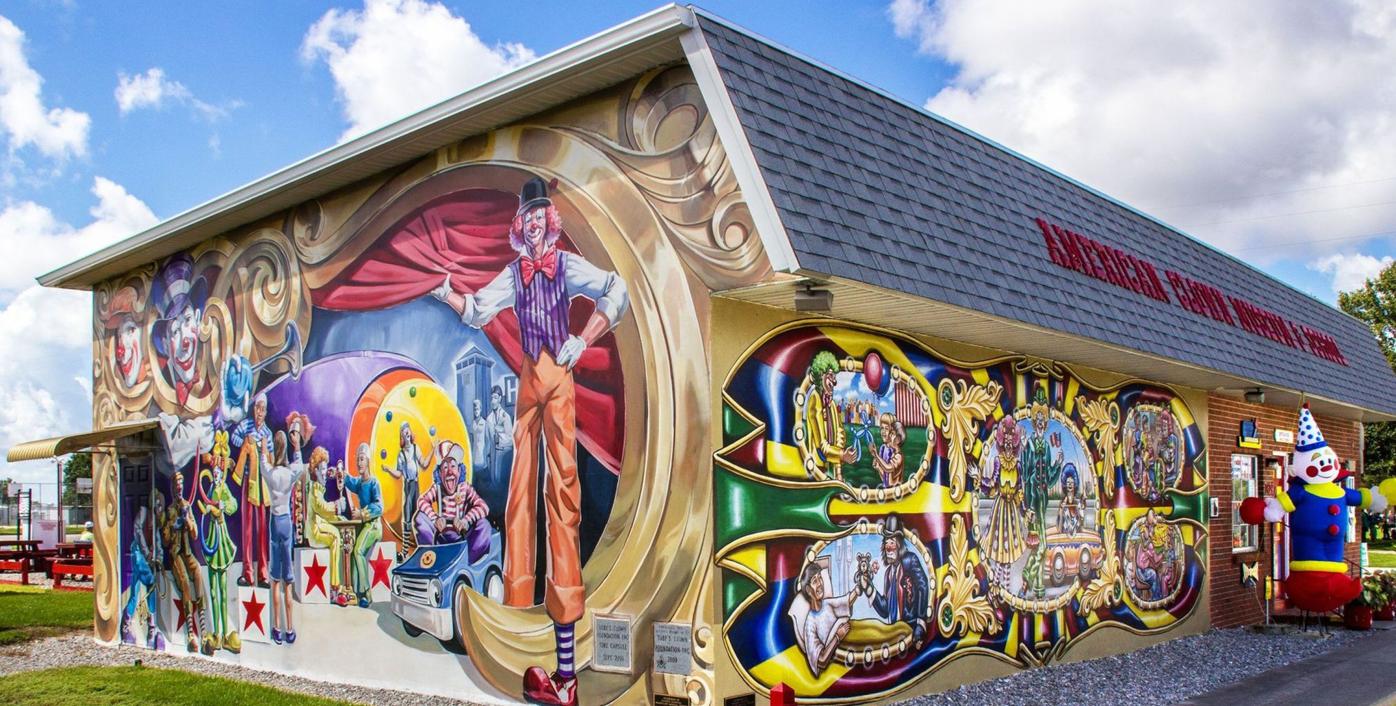 Toby the Clown Foundation is located in Lake Placid and is easy to spot. 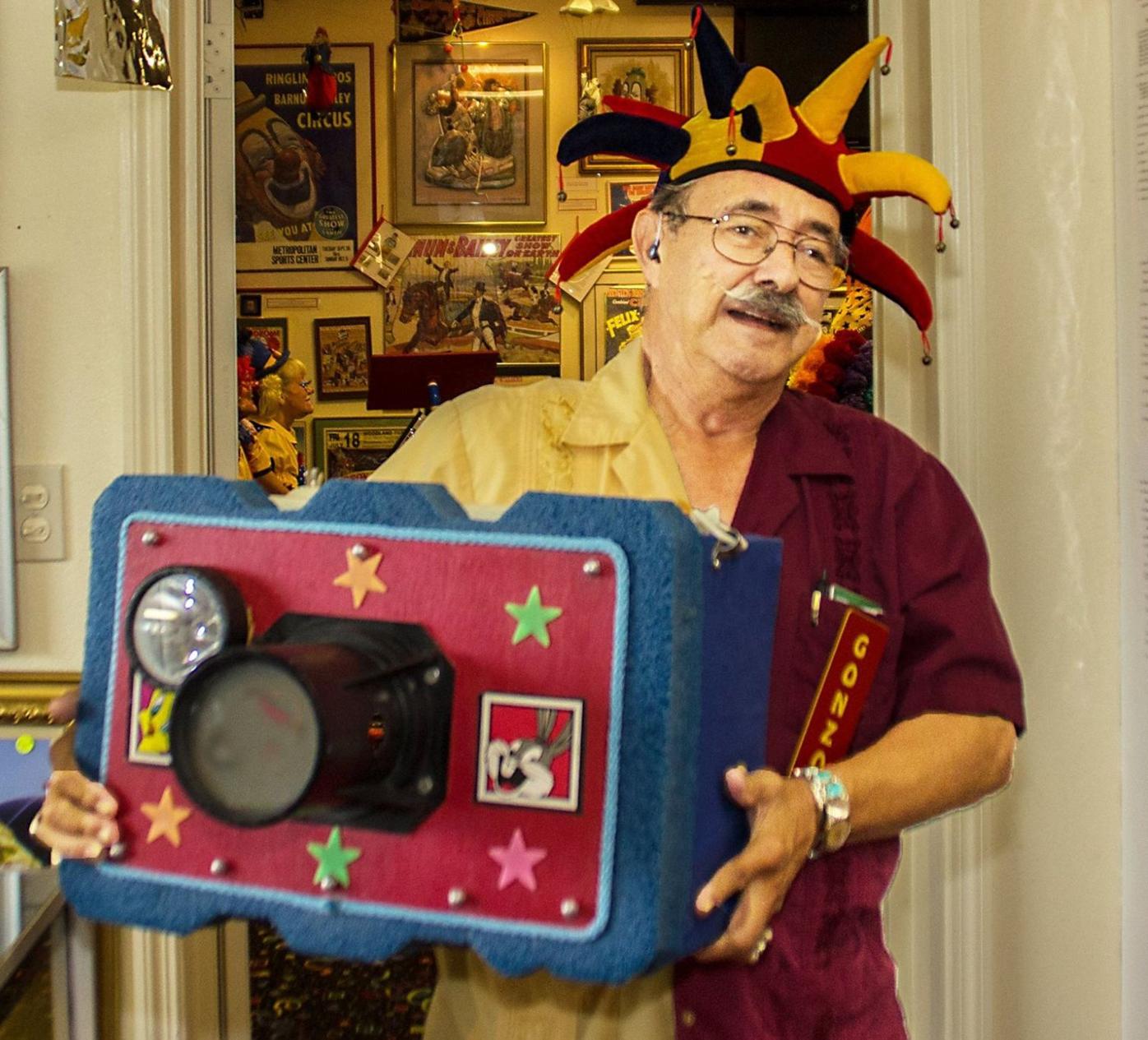 Glenn "Gonzo" Gonzales is just as famous for his photography as he is for  handlebar mustache.

Keith "Toby" Stokes was praising the Junior Joeys as they performed their graduation skits.

Toby the Clown Foundation is located in Lake Placid and is easy to spot.

Glenn "Gonzo" Gonzales is just as famous for his photography as he is for  handlebar mustache.

LAKE PLACID – Keith “Toby” Stokes, may have died on Friday but his legacy will live forever in Highlands County and beyond. Toby, as he was known to his friends, was the founder of Toby the Clown Foundation. Toby was Stokes' clown name with the Shriners.

The foundation features a school for adult clowns as well as younger clowns called Junior Joeys. The foundation has a gift shop filled with feathers, giant shoes, red noses and more. The museum has hundreds of clown-themed items. The room is chock full of memorabilia — from the floor boards to the painted ceiling tiles.

Over the years, thousands of Toby's clowns have learned the art of clowning under his tutelage and his other instructors at Toby's clown alley at 109 W. Interlake Blvd. Stokes' influence on the town can be seen in murals and metal art installments featuring clowns.

Toby the Clown Foundation started when Stokes started to spend time in the area when he was not in Ohio. He loved Lake Placid but missed clowning around with his Shriner brothers. He started visiting patients at then, Florida Hospital Heartland Medical Center. The hospital staff was pleased with the “therapy” he was giving patients and allowed him to meet and train other clowns there.

“I don't recall the year but Keith came to The Journal to talk about a vision he had to 'spread laughter and smiles,' Delaney said. “He shared that he had been a clown with a Shriners' chapter up north, Ohio, I believe, and was disappointed that there were no clowning opportunities anywhere near and he didn't want to take the kid party path. He wanted to host a class and teach others the art of clowning. I was skeptical if Lake Placid was ready for a clown class but the mission of the paper was to support the community and those who had ideas to better our town or provide entertainment/learning.”

Stokes was late for the photo shoot for the article and Delaney would not let him return to his home to get his forgotten red nose. The press waits for no nose.

Despite his skepticism, Delaney was shocked when the class was filled up the day after the article was published. Stokes told Delaney that he wanted a children's class next. Again, there was skepticism and again Stokes' class was immediately filled. It would seem that Stokes would have the last laugh.

“Against what I had thought were huge obstacles, it wasn't too long before the paper was covering the grand opening," Delaney recalled. "In time, we realized the number of grads was more than 1,000 at a time when the town's official census count was just a bit more. That's when we started boasting that Lake Placid has more clowns, per capita, of any town on Earth (I still like the ring if that.) Keith and I became good friends over the years. I enjoyed visits with him and could count on Keith going full "Toby" every time...and he never failed to remind me I wouldn't let him go home for his clown nose that day long ago. Our last talk centered on his own favorite clowns and he gifted me a T-shirt from the Red Skelton museum, telling me to think of him when I'm when I wear it. The impact Keith "Toby" Stokes had on the community is immeasurable. He won't be forgotten.”

Glenn “Gonzo” Gonzales loves clowning and he loved Stokes as well. Gonzales is also a professional photographer who documented most clown events.

“At a low point in my life, Toby's clowns gave me a reason to be,” he said. “He has done the same for so many others here and around the world.”

Gonzales now refers to the clown alley as the “House that Toby built.”

Individuals from all walks of life have graduated from classes at Toby the Clown Foundation. Police officers, teachers, doctors and even town administrators proudly wear their red noses because of Stokes' school.

“The streets of Lake Placid are adorned with clown characters Toby had trained when he first brought the clowning concept to town,” Williams said. “The Reader's Digest 2012 America's Most Interesting Town Award features a background of clowns from Toby's Clown School. When Highlands tourism boards feature Lake Placid, it's always clowns and caladiums. Keith 'Toby' Stokes gave Lake Placid character. I first met Toby in 2001 when I came to Lake Placid. He was a mentor with a sense of humor. Toby was a great clown but there was another side of him that understood people — in the hospital, in care centers, Toby used a smile to give a brief recess from life. He lived for it.”