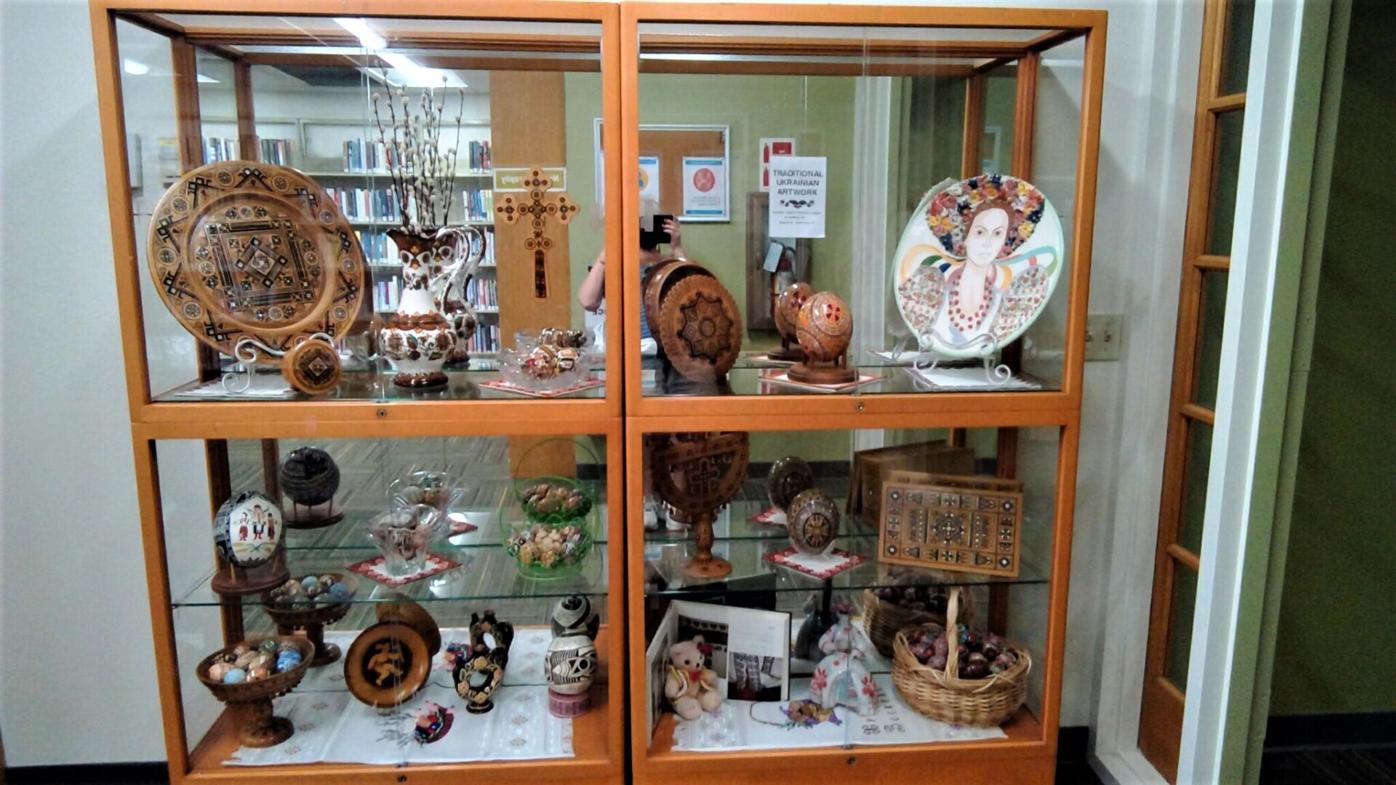 The Ukrainian National Women’s League items are on display at the North Port Public Library. 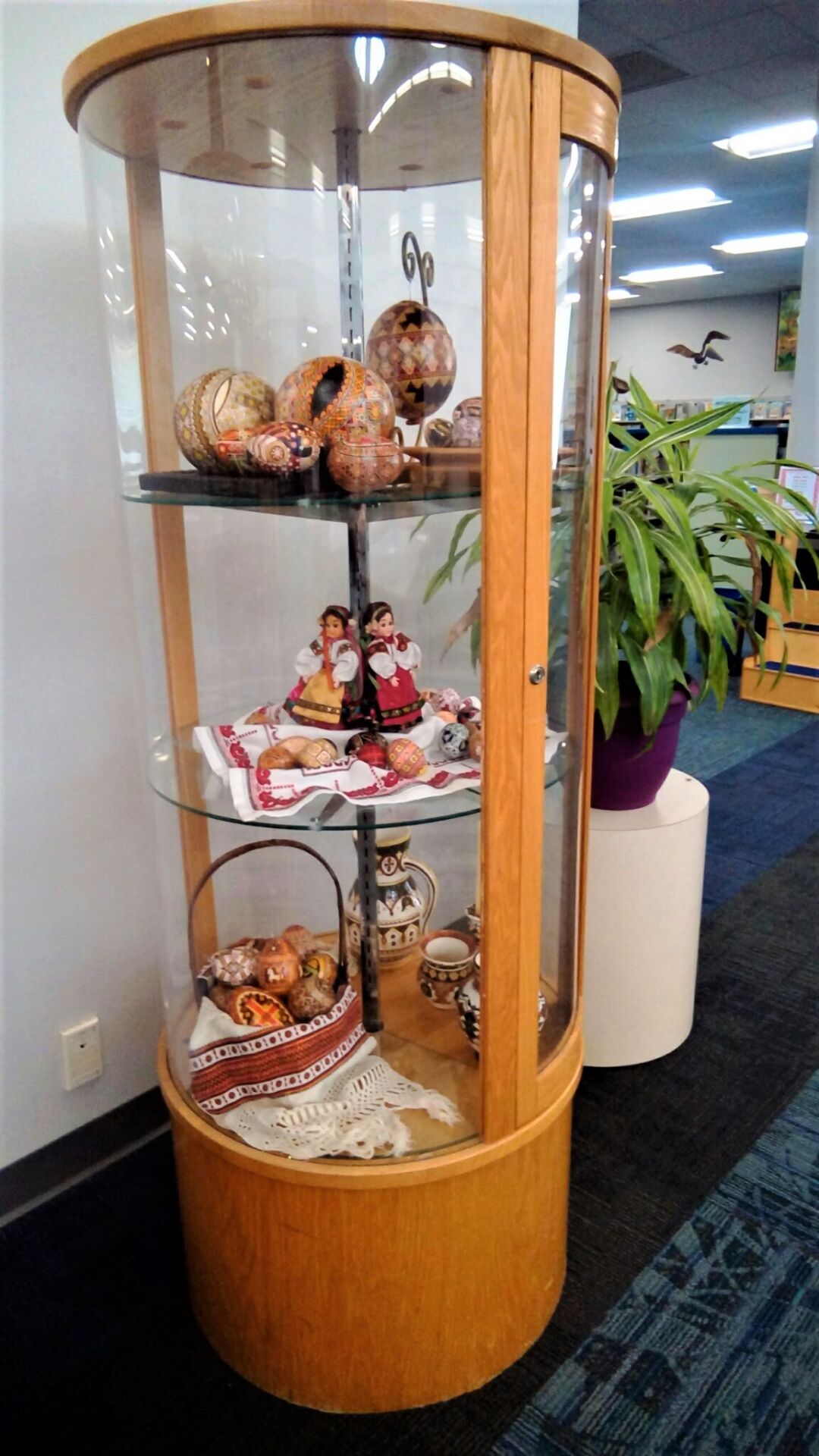 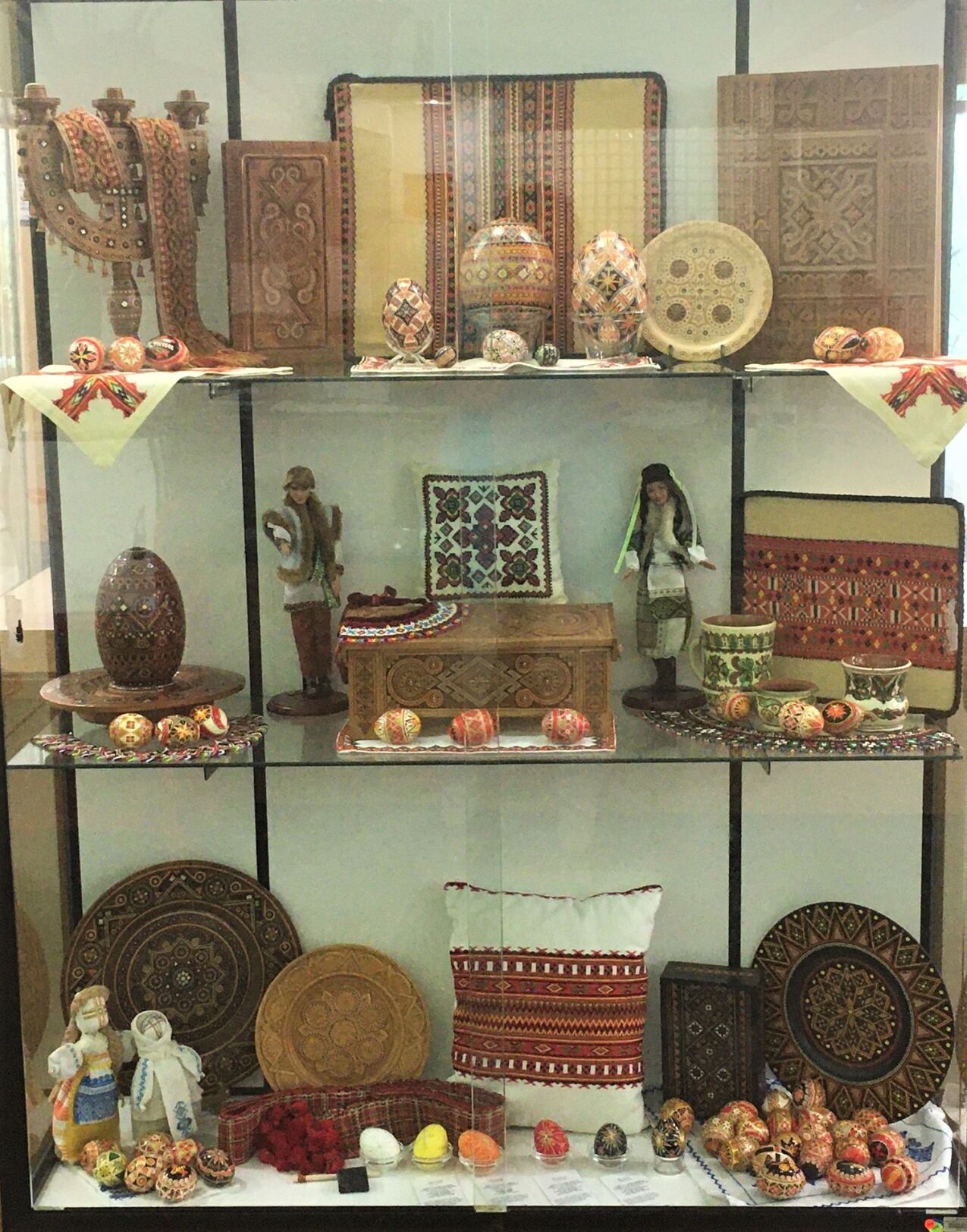 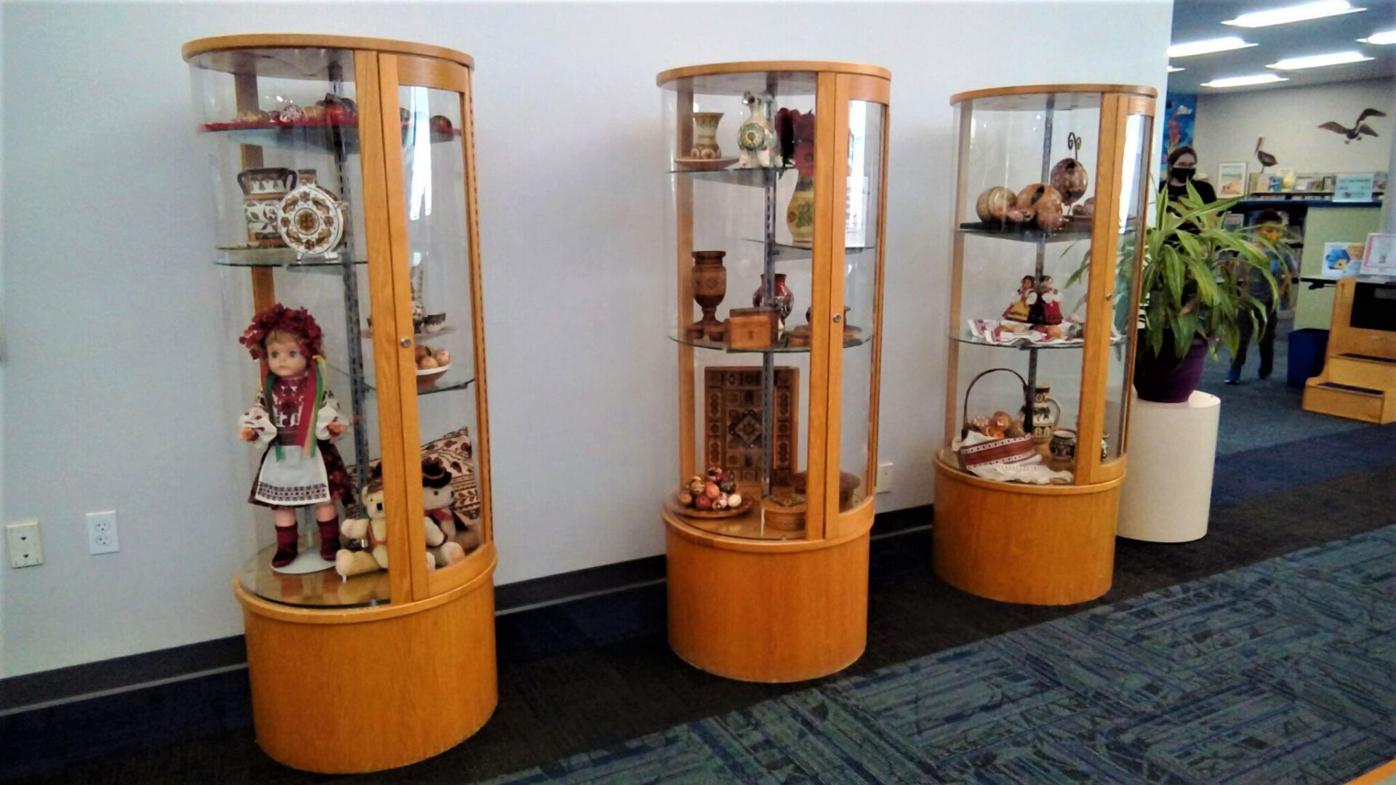 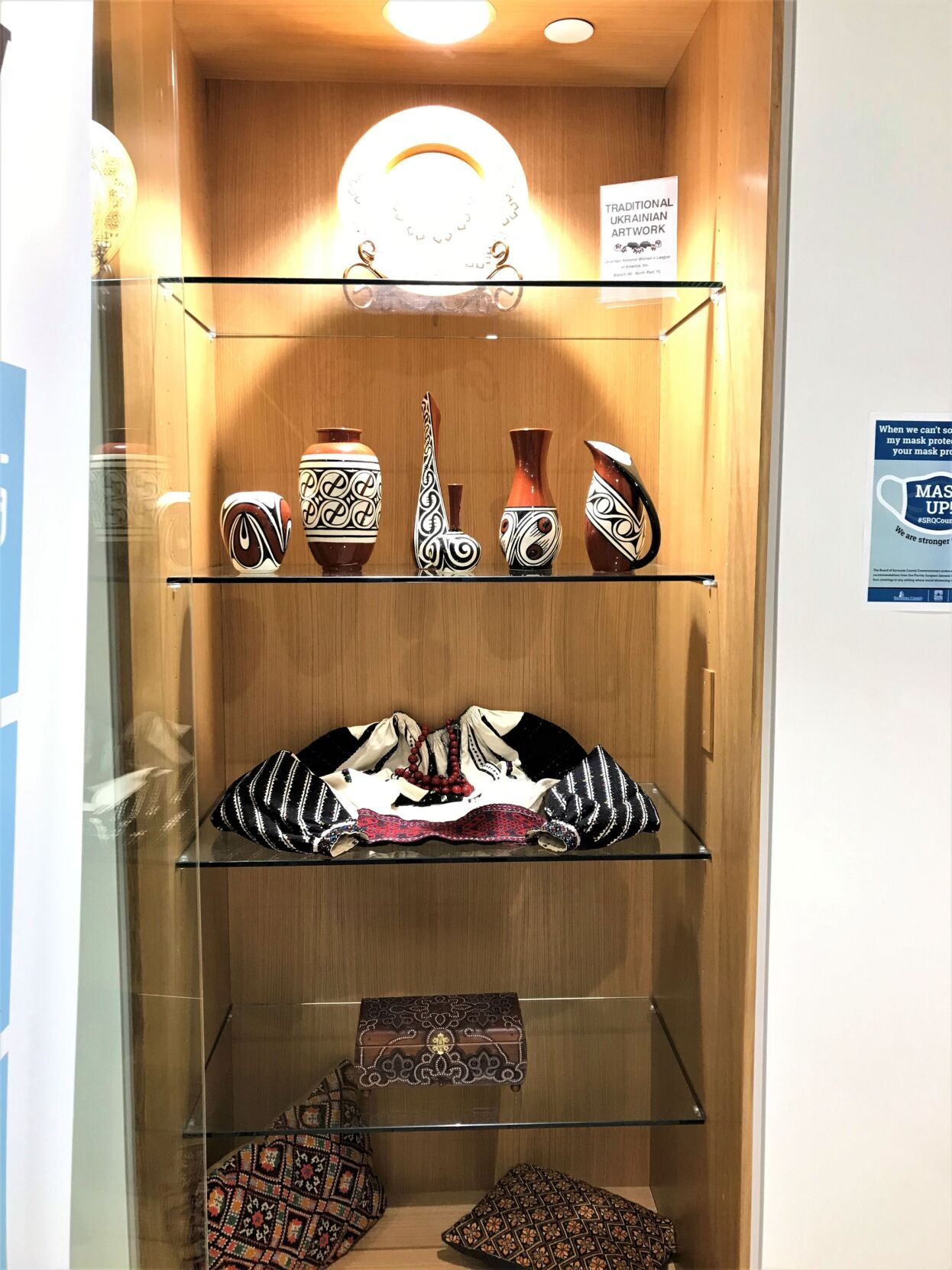 The Ukrainian National Women’s League items are on display at the North Port Public Library.

NORTH PORT — The Ukrainian National Women’s League of America, Branch 56, based in North Port, has been active in educating our community in Ukrainian traditional crafts and culture for many decades.

This spring, despite COVID-19, members safely stepped forward to celebrate Easter and honor their mission. They graced the libraries of the Sarasota County public libraries with traditional Ukrainian crafts, artifacts and art forms, including the world-renowned eggs known as “pysanky,” elaborate embroideries and wood work.

Pysanky are intricately decorated eggs created through a batiking or wax-resist process. Traditionally a feminist art form, the ritual of creating pysanky (whose name derives from the Ukrainian verb “to write”, or “pysaty”) dates back to the time that the pyramids were erected. Believed originally to have been created in secretive pagan rituals by ancient female predecessors, the pysanky took on Christian symbolism, much like the shamrock in Ireland, in the tenth century when Ukraine was Christianized.

The early Ukrainians believed that it was critical to make pysanky each year in preparation for the spring equinox. If not, the number of pysanky in the world would decline; and the chain links of a dragon (representing evil) who was shackled to a cliff, would loosen and misfortune would prevail for the rest of the year. The more pysanky that were created, the tighter the dragon would be bound to his chains and the cliff, thereby protecting these believers.

The project was organized by Jaroslawa “Slava” Stefanyshyn, Branch 56’s Branch Cultural and Museum Coordinator. The president of Branch 56 of “Soyuz Ukrainok” is Alexandra Popel.

The displays will remain in place through the end of April.