You are the owner of this article.
Edit Article Add New Article
I want to
Publications
Subscribe
Homes for Sale
Cars for Sale
Jobs
Classifieds
E-Paper
News Archives
App
Public Notices
Your Newspapers
Contact Us
Calendar
1 of 11 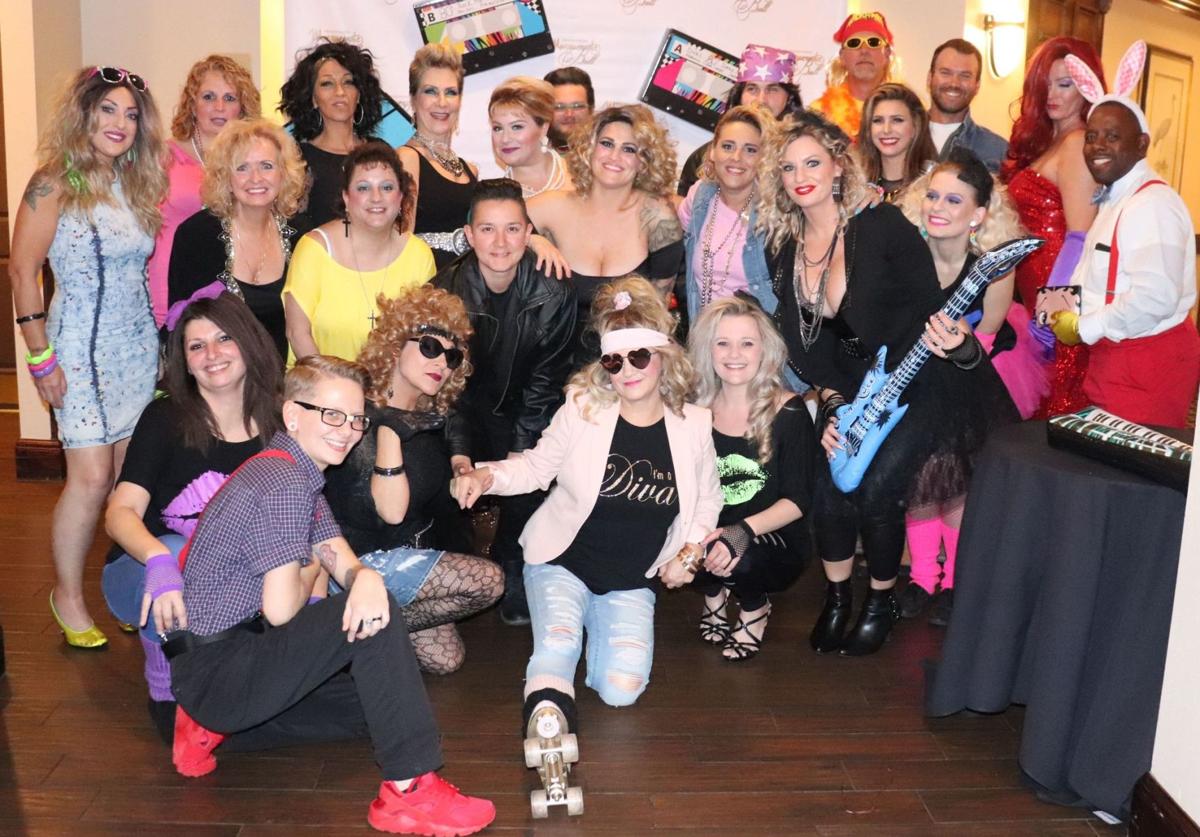 Employees at Kyle Kurtis are regular supporters of the North Port Divas. 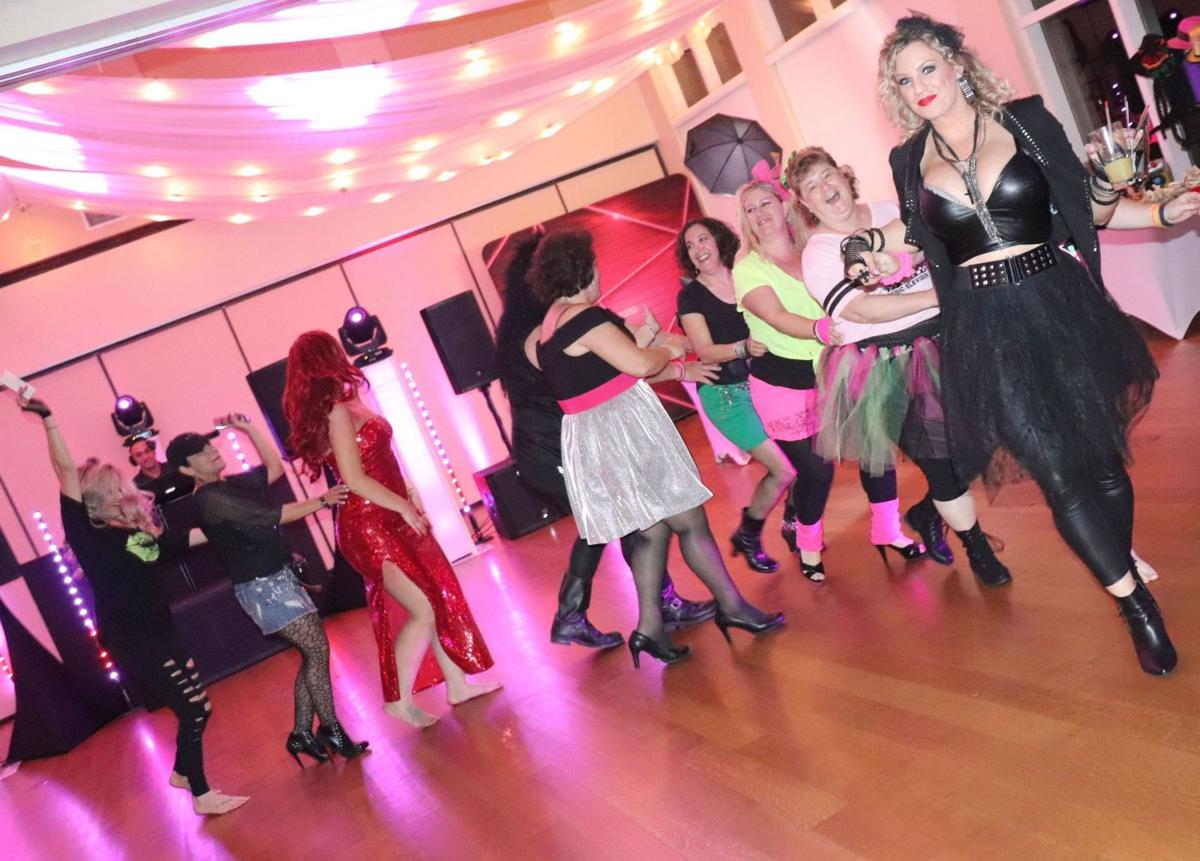 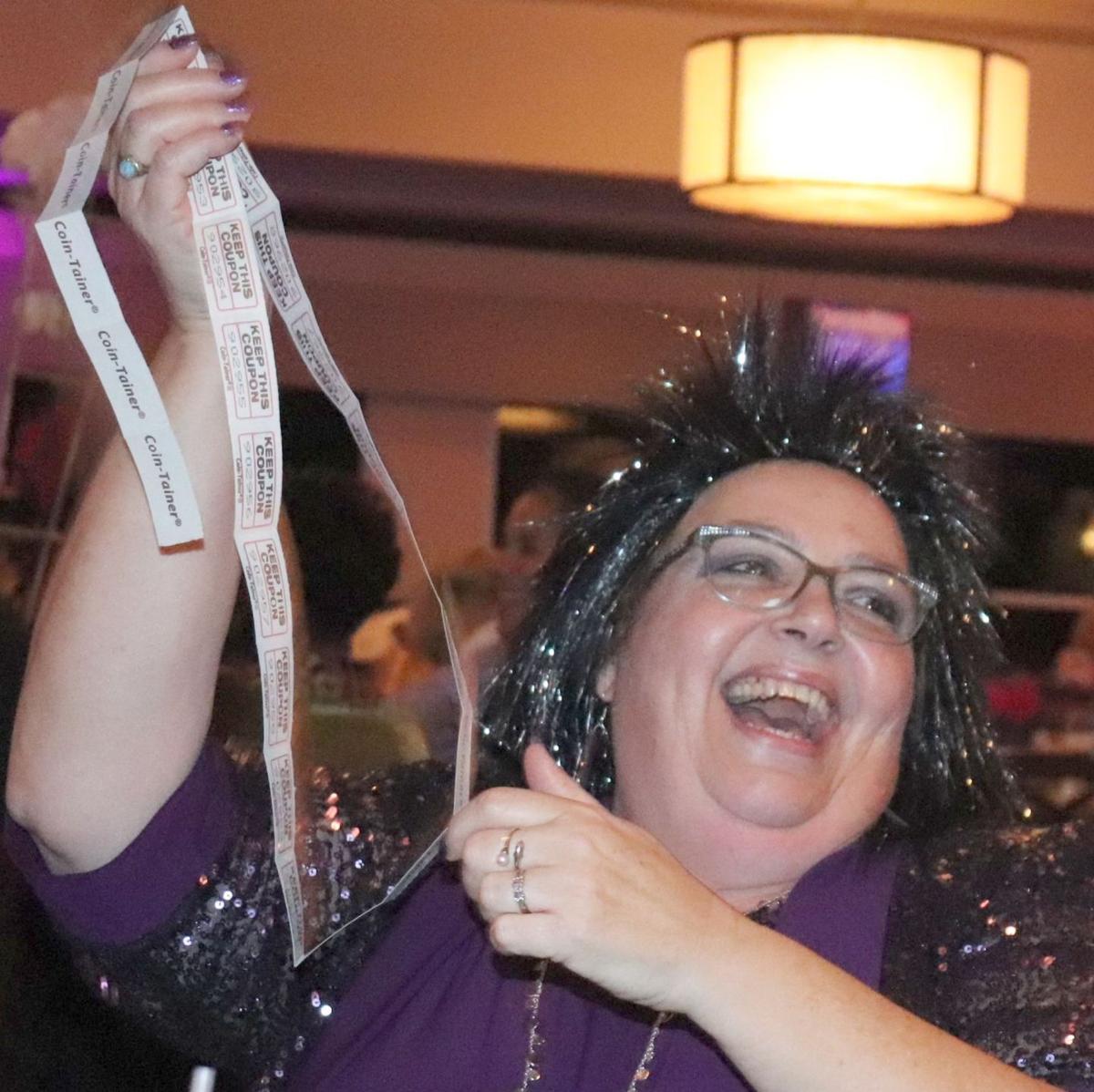 And the winner is Andree Belliveau, one of the Divas of North Port and owner of North Port Natural Florist. She won the spirit (liquor) basket at the event. 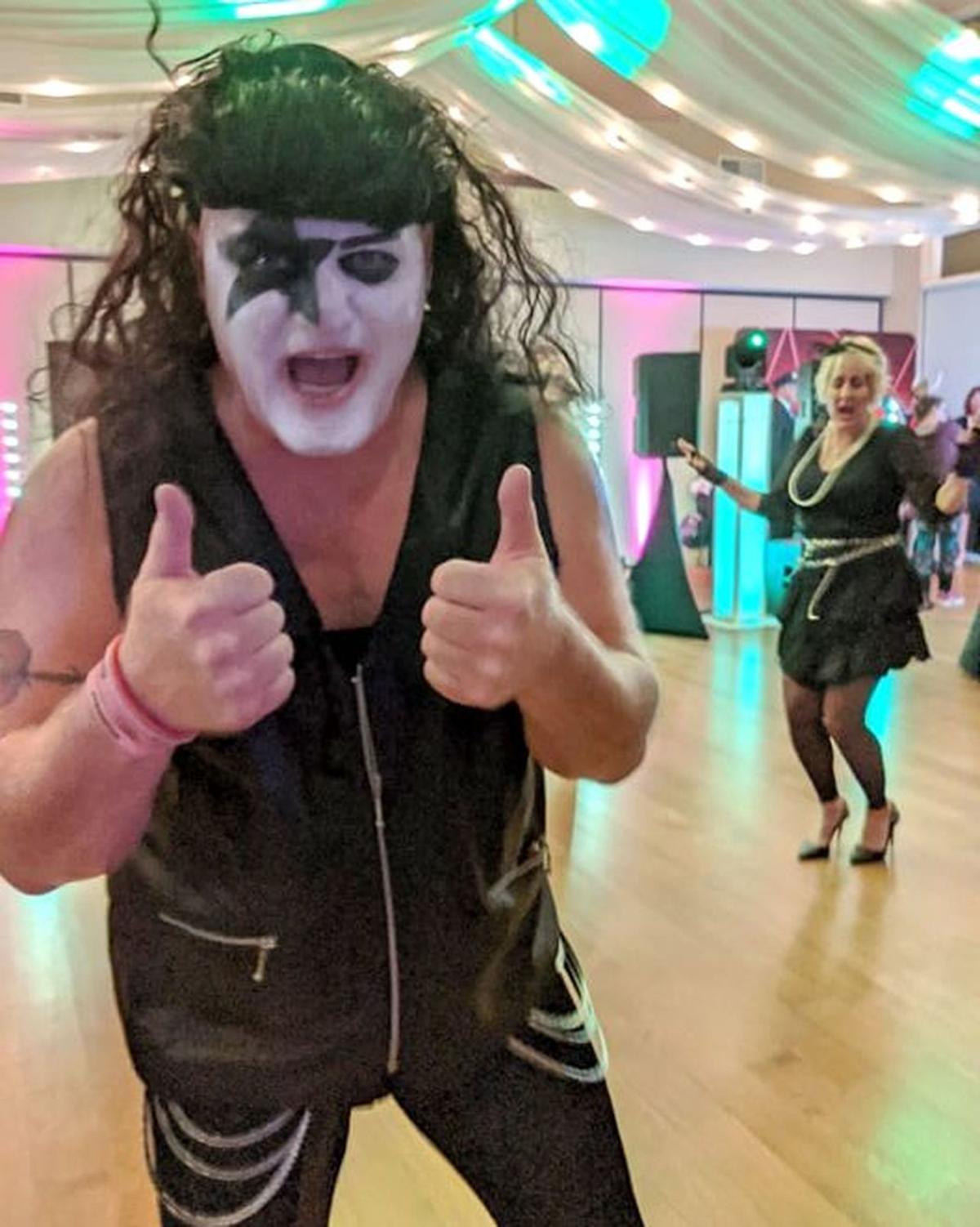 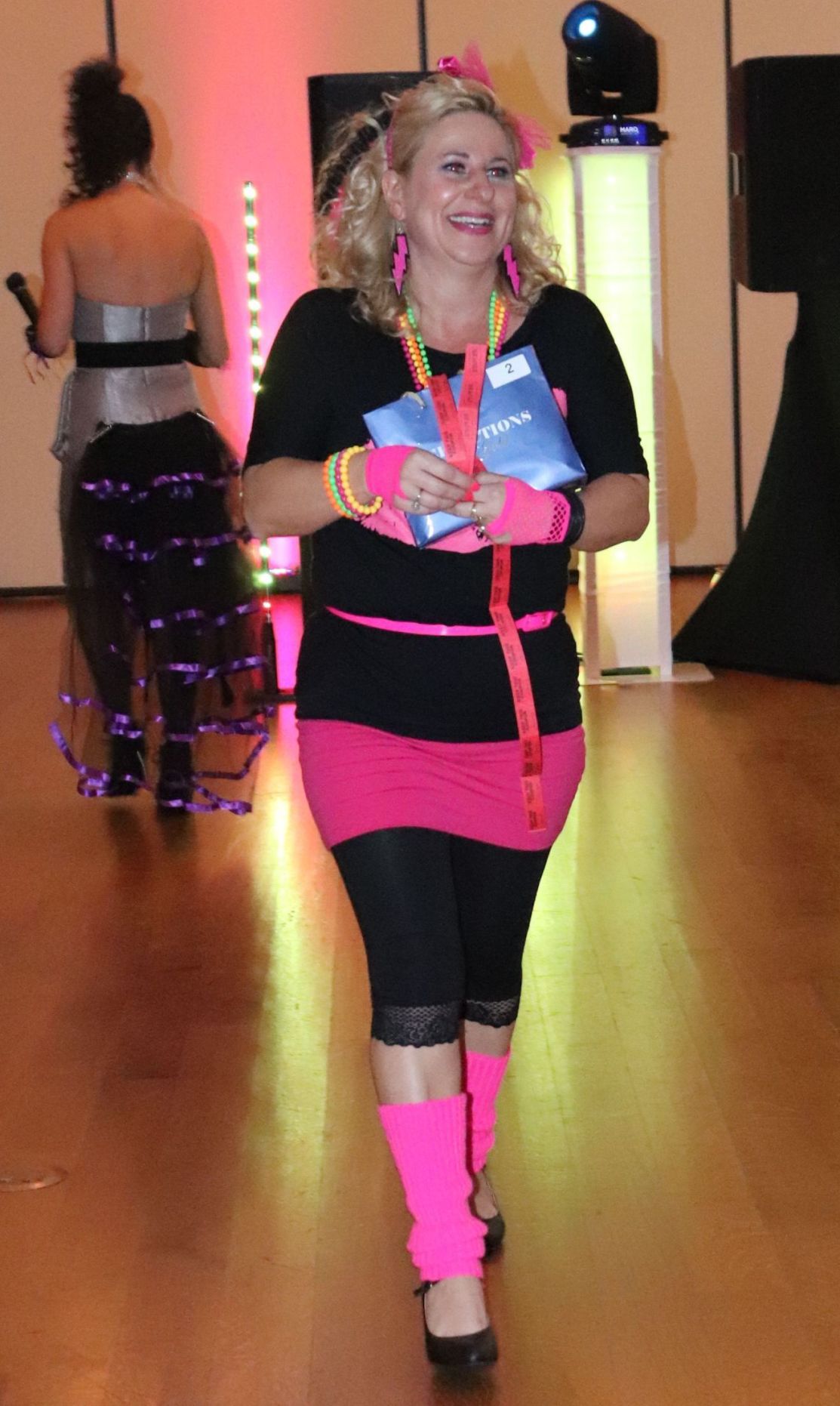 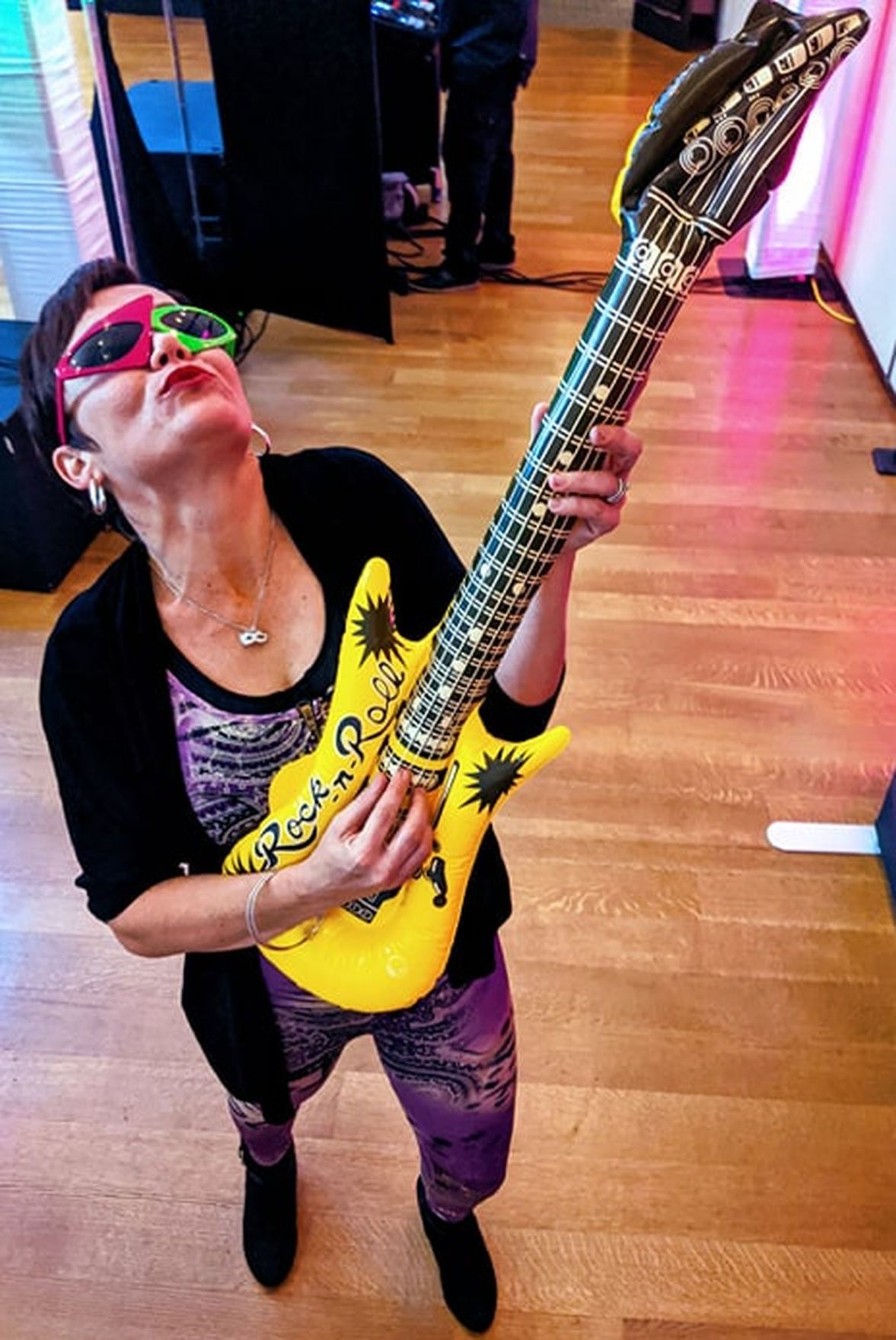 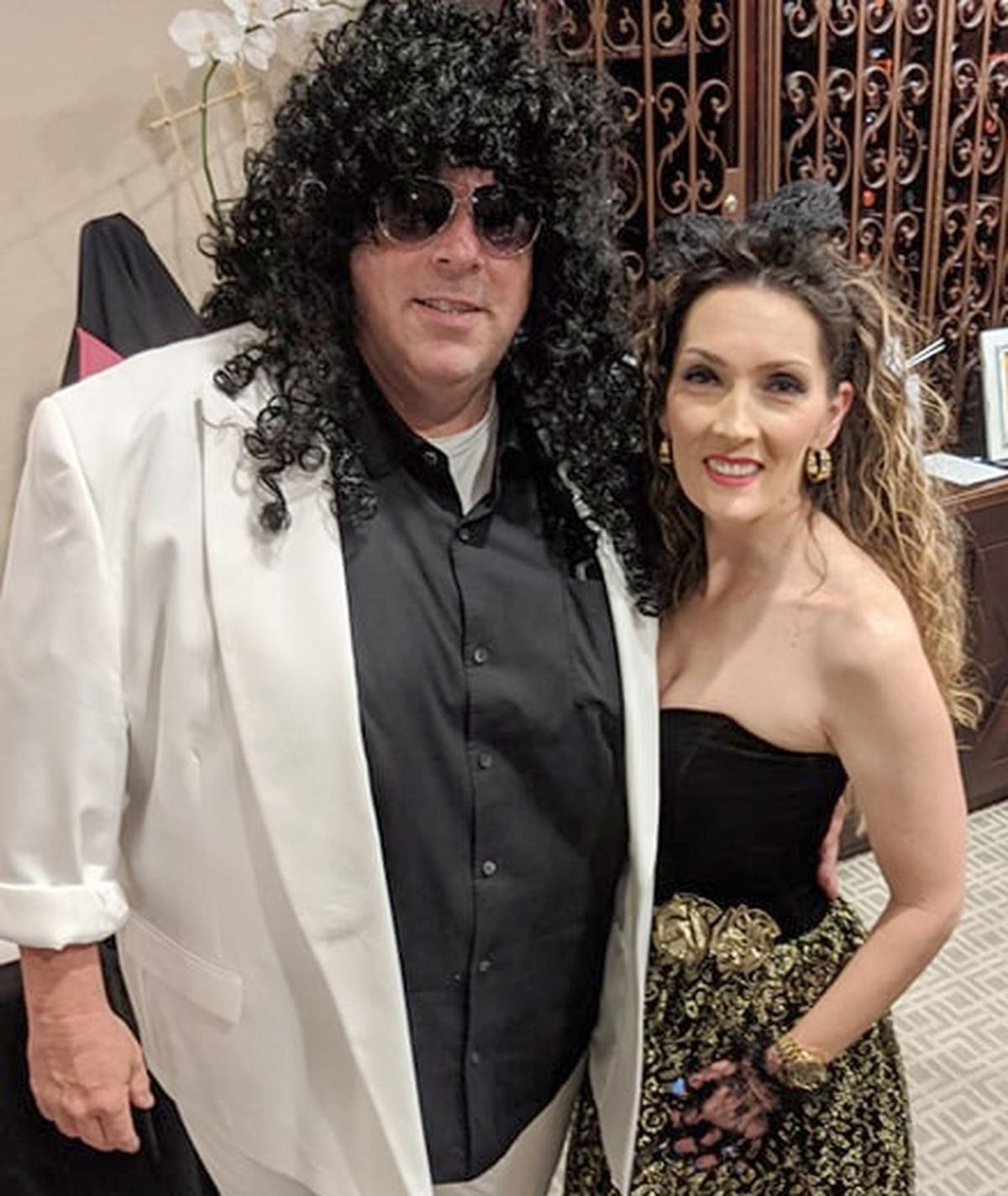 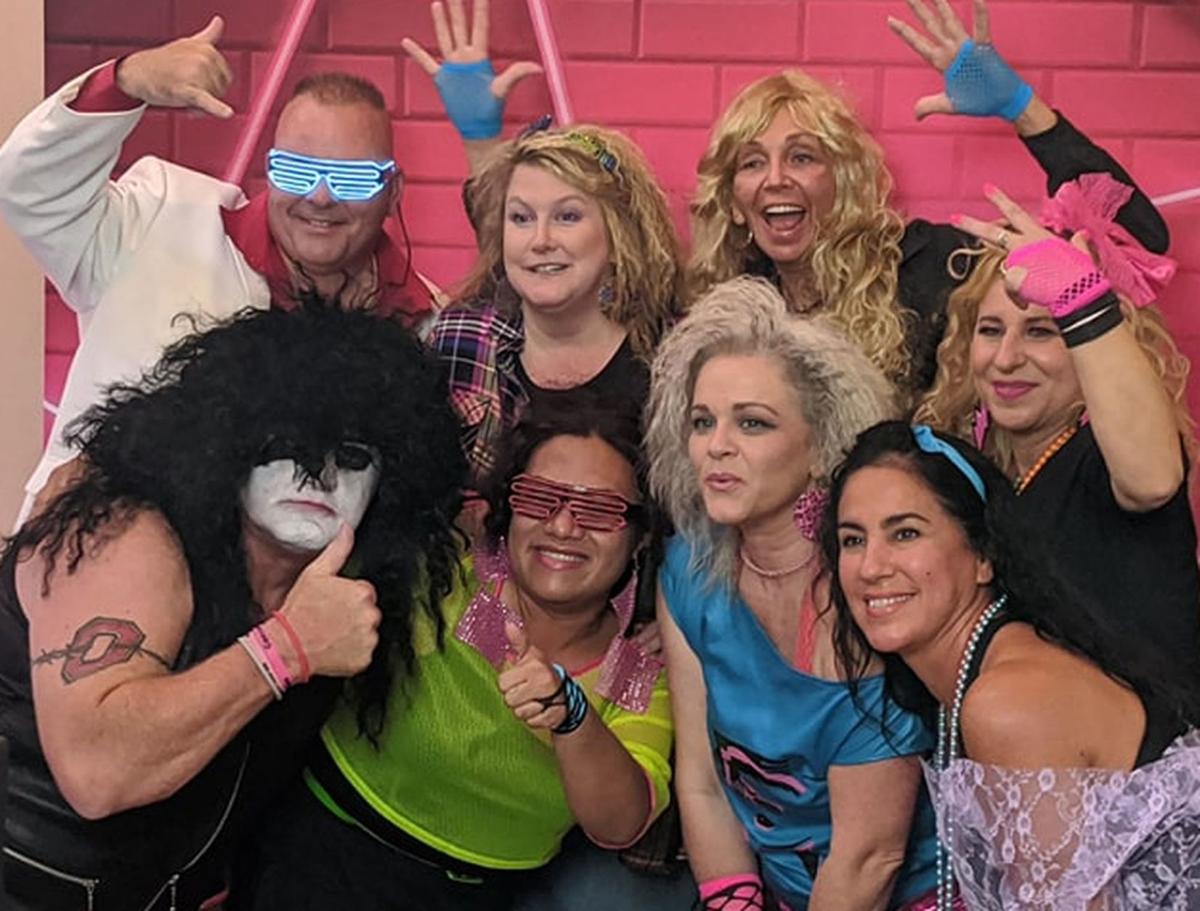 A group stopped dancing long enough to pose for pictures. 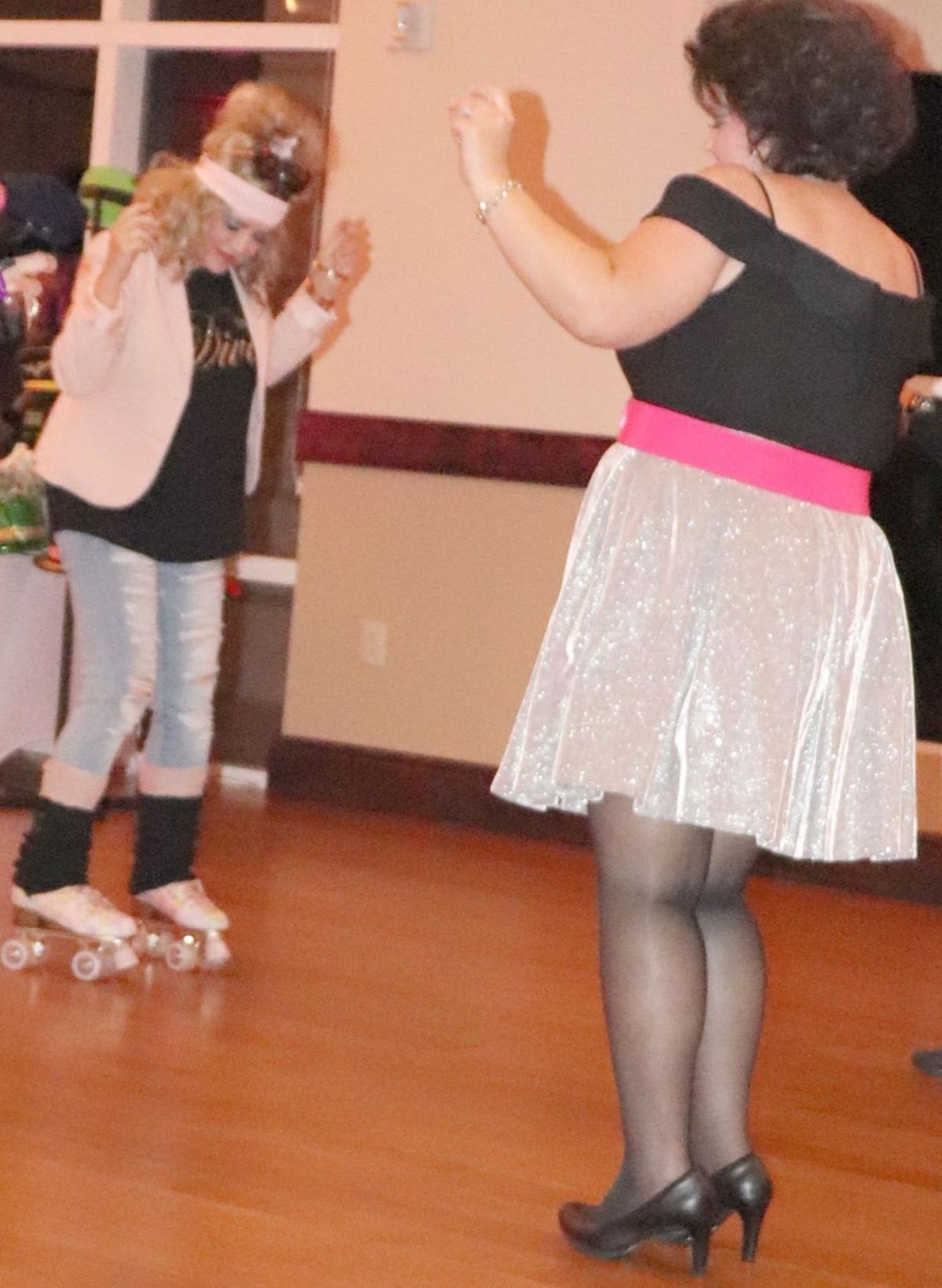 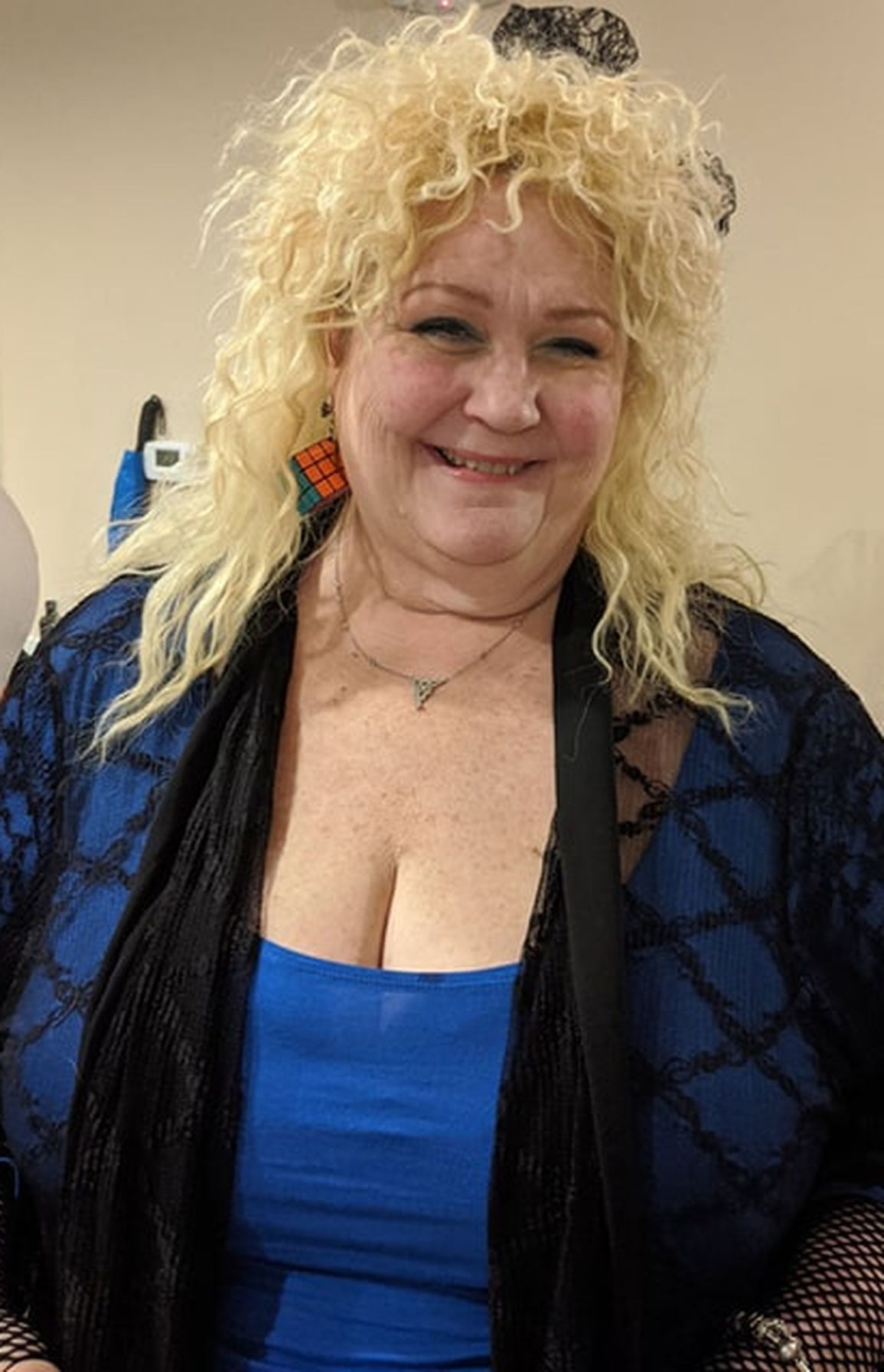 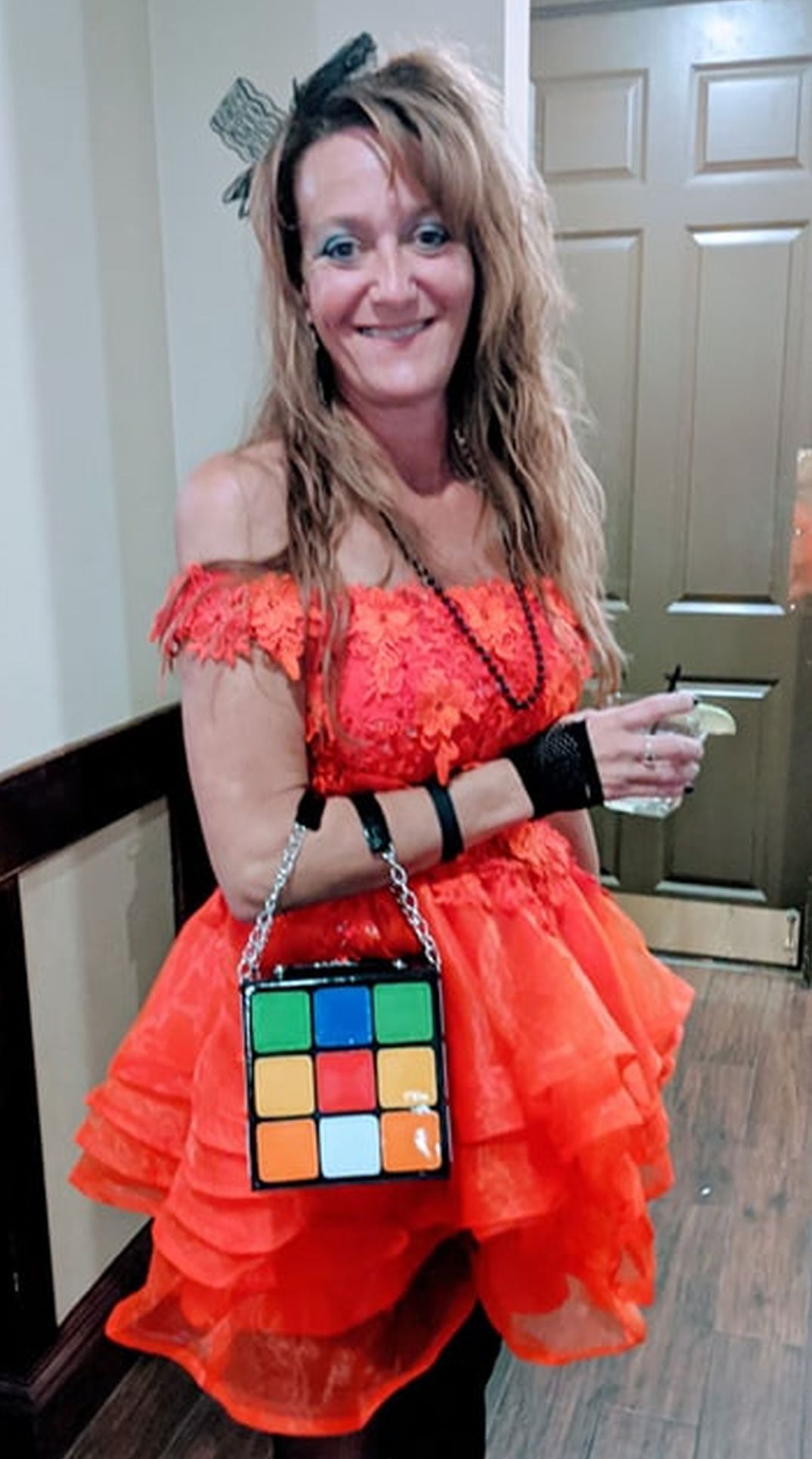 Crystal Stickler, an employee at the Toledo Blade Animal Clinic, says buying a Rubik’s Cube purse for the event was the “best $20 she spent.”

Employees at Kyle Kurtis are regular supporters of the North Port Divas.

And the winner is Andree Belliveau, one of the Divas of North Port and owner of North Port Natural Florist. She won the spirit (liquor) basket at the event.

A group stopped dancing long enough to pose for pictures.

Crystal Stickler, an employee at the Toledo Blade Animal Clinic, says buying a Rubik’s Cube purse for the event was the “best $20 she spent.”

Like a diva, Amy Schuldt rollerskated across the Plantation Golf & Country Club dance floor with her pink and black leg warmers and Olivia Newton John-style headband.

In its ninth year, the recent ball raised hundreds for Habitat for Humanity South Sarasota County.

“I’ve been wearing this makeup since 3 p.m.,” John said. “Someone from the high school theater group did my makeup. I have three layers of leather and Spandex on. I’m sweating like crazy, but I have to stay in character.”

The couple danced with Divas chairwoman, Andi Werdell, who “played” a blow up plastic guitar prop on her knees to a Prince solo.

Earlier in the evening, Andi introduced her husband Bill, who is the Habitat for Humanity South Sarasota County board president.

“There will be four new homes built in North Port this year,” Bill said after thanking the crowd for their donations and dedication to North Port, adding some in the room helped build Habitat homes. “Homes are not handouts.”

Bill said each recipient helps build their home through sweat equity. He said 144 homes were built in South County in the past 30 years with 70 of them in North Port. He introduced North Porter Amanda Mitchell, whose home was dedicated last June by new Habitat for Humanity CEO Shannon Hoyt.

“She (Shannon) and everyone at Habitat were amazing to me,” Mitchell said. “Without them, I would not have been able to give my 5-year-old a stable home.”

Mitchell said loved helping build her three-bedroom home and really appreciates those who helped her.

“One of the things I really loved was putting up drywall,” she said. “It was really fulfilling to see the walls go up. I love my house.”

Mitchell joined Hoyt and the Divas on the dance floor. A few feet over, Divas members and guests took hundreds of pictures in the makeshift photo booth.

For several years the Divas donated proceeds to Habitat for Humanity. Prior to that, they donated funds to the Gene Matthews North Port Boys & Girls Club.

Karie Rawlings is the chair for next year’s masquerade ball.

“We change our theme every year,” she said. “We really go all out for it. I am considering giving to the Boys & Girls Club next year. We are a great group. I feel very blessed to be a part of it each year.”

Guests were treated to a coffee and dessert bar sponsored by board member Blaze Castellano and his wife Kathy. Appetizers were by Dean McConville.

The Divas spent hours transforming the country club into an ’80s fun house with giant Rubik’s cubes, boomboxes, cassette tapes centerpieces in the bar and Devo shutter sunglasses. Guests had big ’80s hair, some men wore eyeliner, a few women were Madonna lookalikes, a Jessica Rabbit sighting, but there was only one Diva on roller skates.