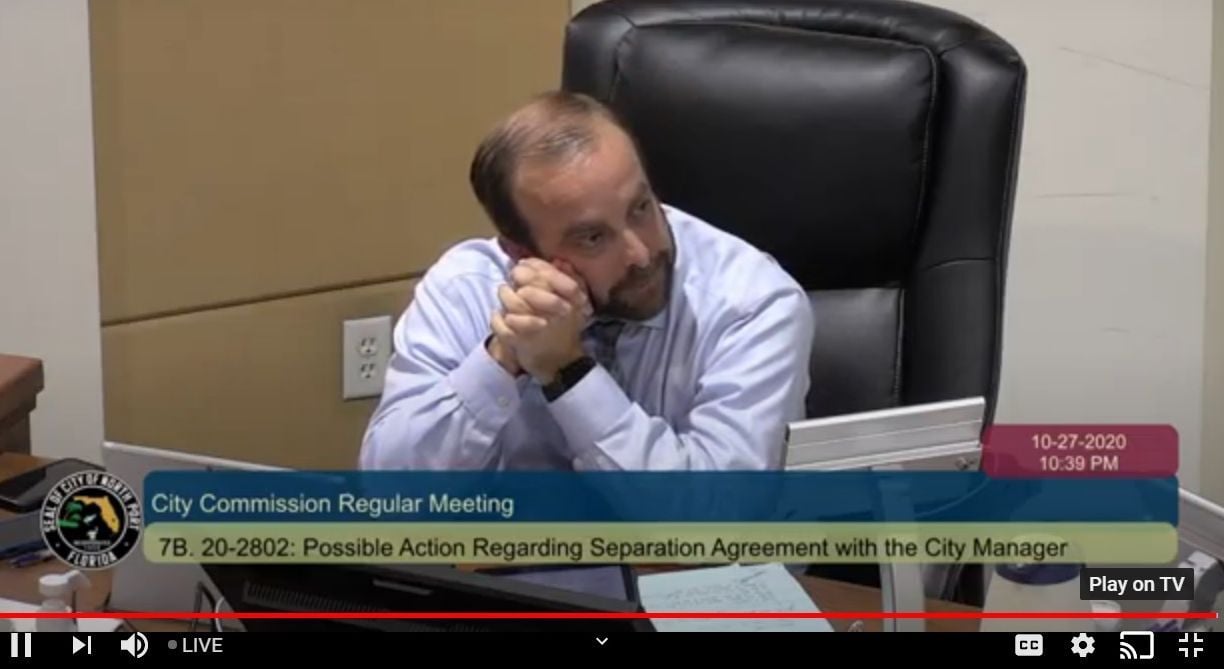 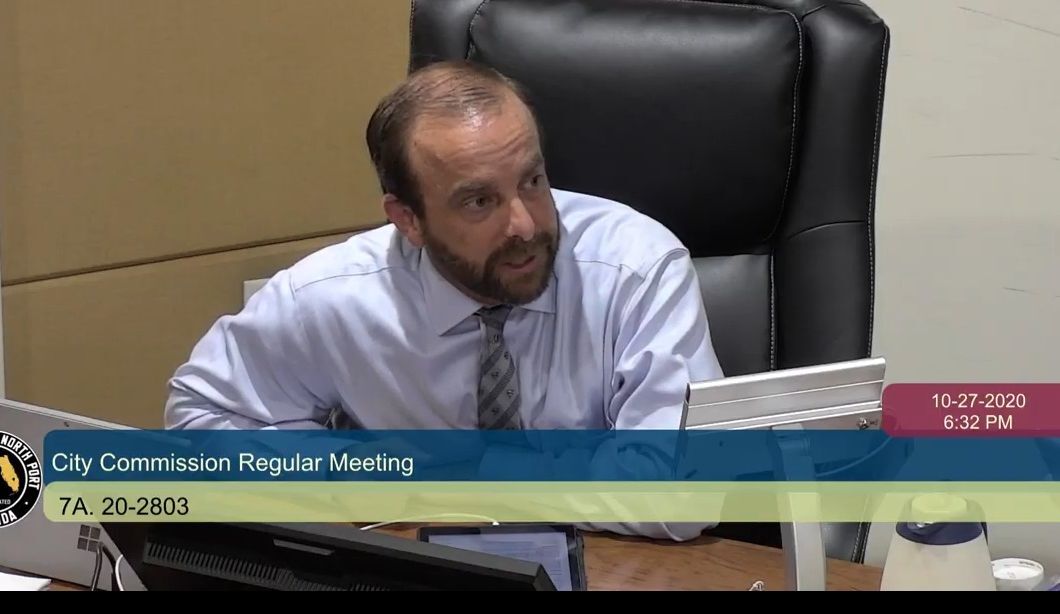 Terms varied slightly from what Lear had proposed in a separation contract last week. Aside from slight changes to health insurance payouts and a request to sign a final deal within 24 hours, the severance package remained intact from Lear’s demands.

City commissioners signed off on the deal into Wednesday’s wee hours, bartering, at times bickering, until reaching a final agreement at about 1:30 a.m.

Lear will keep his position for 30 days, leave with a financial package equaling some $143,000 in salary and payout incentives. He will work through Nov. 13, get placed on paid leave through Nov. 27, at which time he would walk off.

Commissioners in replacing Lear asked that human resources pursue an interim city manager, from within or outside the city.

Public Works director Juliana Bellia was named acting city manager to run the city’s day-to-day business until a final candidate is named in the coming weeks.

Commissioners accepted separation terms, but only after contentious debates over the city’s future and Lear’s role in running things since taking the job in 2017.

Lear’s exit package was shaped and released for public review last week. But final terms were detailed the commission meeting which began at 6 p.m. Tuesday. It was the final one for commissioner Chris Hanks. There are three seats open for next Tuesday’s general election.

“This agreement shall not in any way be constructed as an admission ... of wrongdoing whatsoever against each other, or against any other person,” language in the contract read in last week’s public release.

Which meant both sides are held harmless.

Lear was placed on paid leave in July, the night of his annual performance evaluation. At that commission hearing, he was denied a leave of absence, was instead placed on leave. Details of a workplace romance emerged and a Fort Myers investigator was paid to unravel the circumstances. The findings in August showed that Lear and Planning Division manager Nicole Galehouse had admitted their consensual relationship. The 59-page Sproat Workplace Investigations report detailed the affair, with contributing dialogue from a series of staffers.

But Sproat’s report found little evidence that Lear had violated terms of his five-year contract, as ethics or integrity weren’t spelled out clearly, according to three of the commissioners voting to reinstate Lear to his $162,000-per-year job. He would undergo the first steps in an ethics training program and was suspended without pay for five days before returning to work at city hall.

Over the following weeks Lear endured social media criticism. Others were more direct: One man wore a cardboard sign around his neck at a commission hearing urging Lear to resign.

With Lear’s separation package going public last week, Vice Mayor Jill Luke, who had voted against Lear’s reinstatement offered that “I’m grateful, because I feel that is the right thing to do. I look forward to a future of healing.”