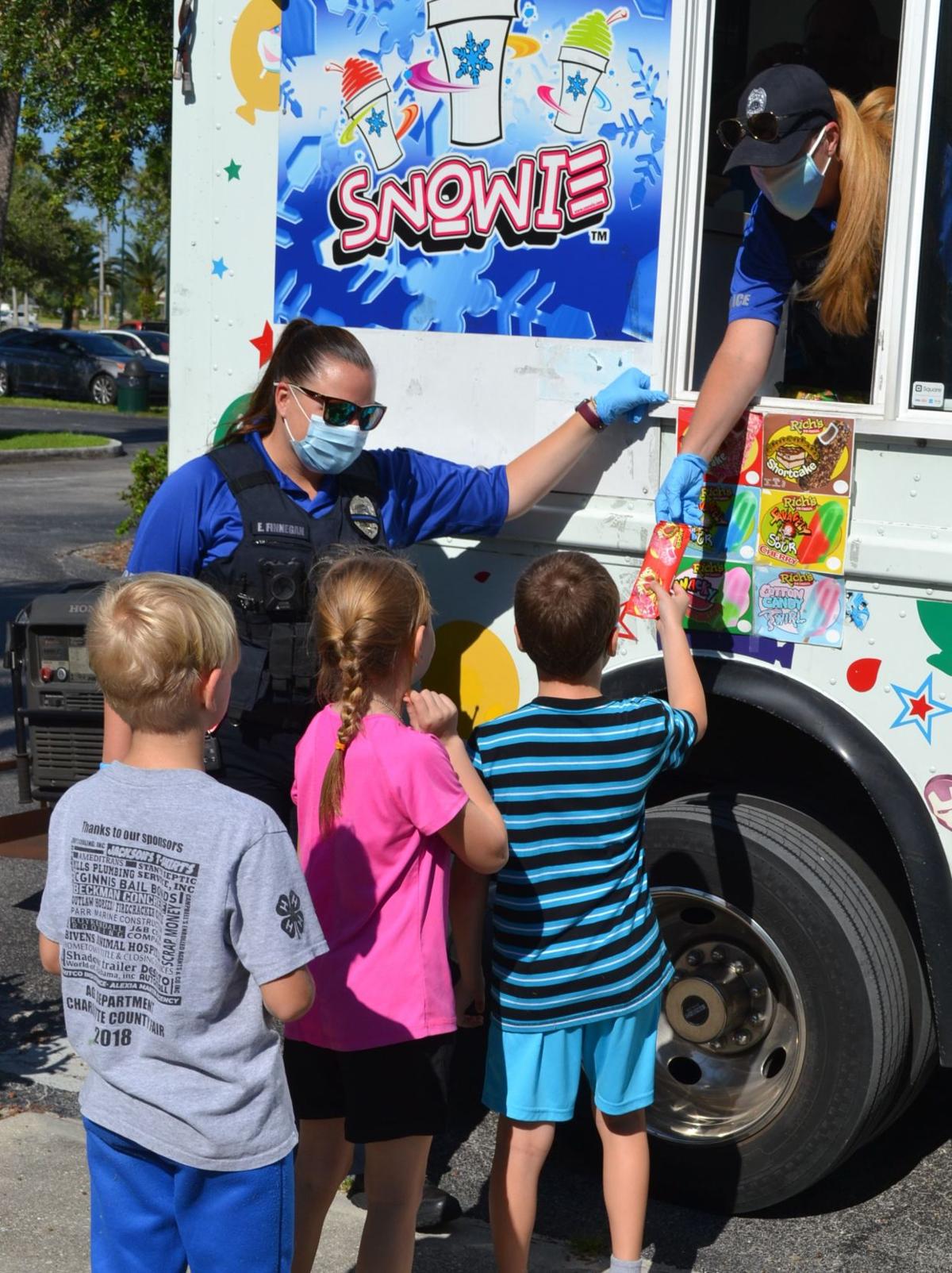 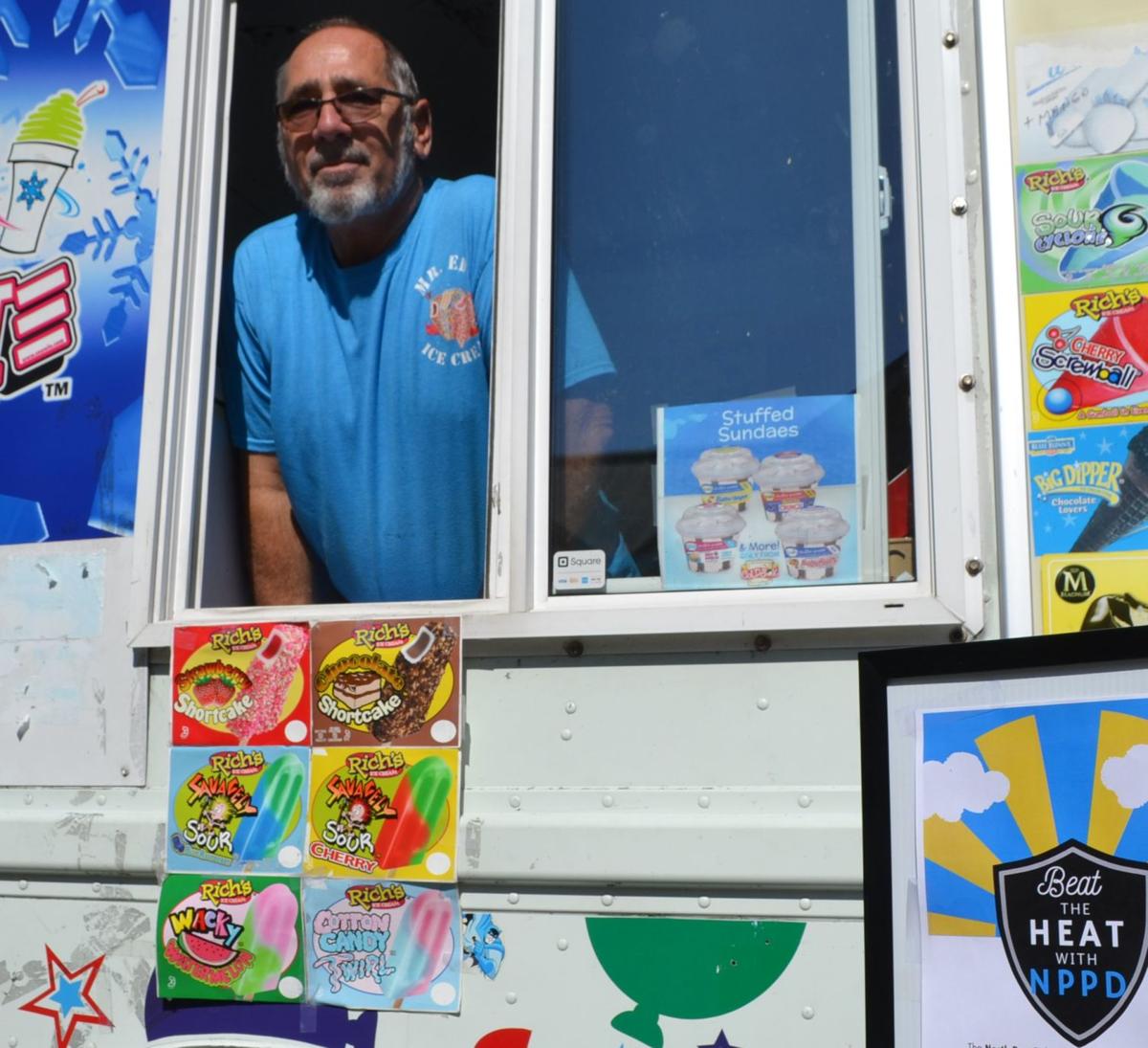 NORTH PORT — If only ice cream could fix our troubles.

North Port has taken its best shot with its “Beat the Heat with NPPD” program. The theory revealed itself early Tuesday as three North Port police officers with the department’s Community Policing Unit waited outside the George Mullen Activity Center off Sumter Boulevard.

With the trio was Ed Mazzeo, the owner of Mr. Ed’s Ice Cream and Shaved Ice. He is a happy-go-lucky man and Sarasota school bus driver outwaiting the coronavirus before purchasing another vending truck. He’s also a throwback vendor, traveling streets, at parks and senior centers, his calliope of ice-cream music from his 55-set playlist drifting about.

Mazzeo on Tuesday had loaded Mr. Ed’s with eclairs and popsicles. Cop SUVs were on either end of Mazzeo’s truck, lights flashing, no whooping of sirens.

Inside Mullen Center were summer campers, kids playing under the new rules of distancing because of the coronavirus.

The surprise at mid-morning break was Mr. Ed’s Ice Cream snacks. But as the children, tall as office chairs and lined like soldiers, approached, they spotted North Port officers Erin Finnegan, Kristin Voigt and their boss, Sgt. Scott Miranda, all with North Port Community Policing. And each in protective facemasks.

There was line bunching, some hesitation. But the fright melted as Voigt in the window of Mr. Ed’s truck leaned out with an eclair in a brown wrapper.

Then things broke loose and happy children returned to the shade and enjoyed their treats.

Which is the program’s goal, said Sgt. Miranda, a man with a New England accent as authentic and thick as chowder.

Positive interaction, he said: “They (kids) see us as part of the community, normal everyday people, just like them.”

It boils down to communities seeing police positively and not fearing them, Miranda said.

North Port has other outreach, as well. Finnegan is the department’s homeless liaison, for example. And the city has hired a civilian homeless coordinator. The position is grant funded and the coordinator will work through North Port’s Social Services Division.

“We will show our community,” Finnegan said, “that we will continue to grow with them.”

Side note: North Port police will donate bicycle helmets to 75 or so children. It is first-come, first-served. Florida mandates that kids up to 16 wear a bike helmet. The giveaway runs from 1 to 4 p.m. Friday at police headquarters, 4980 City Hall Blvd.