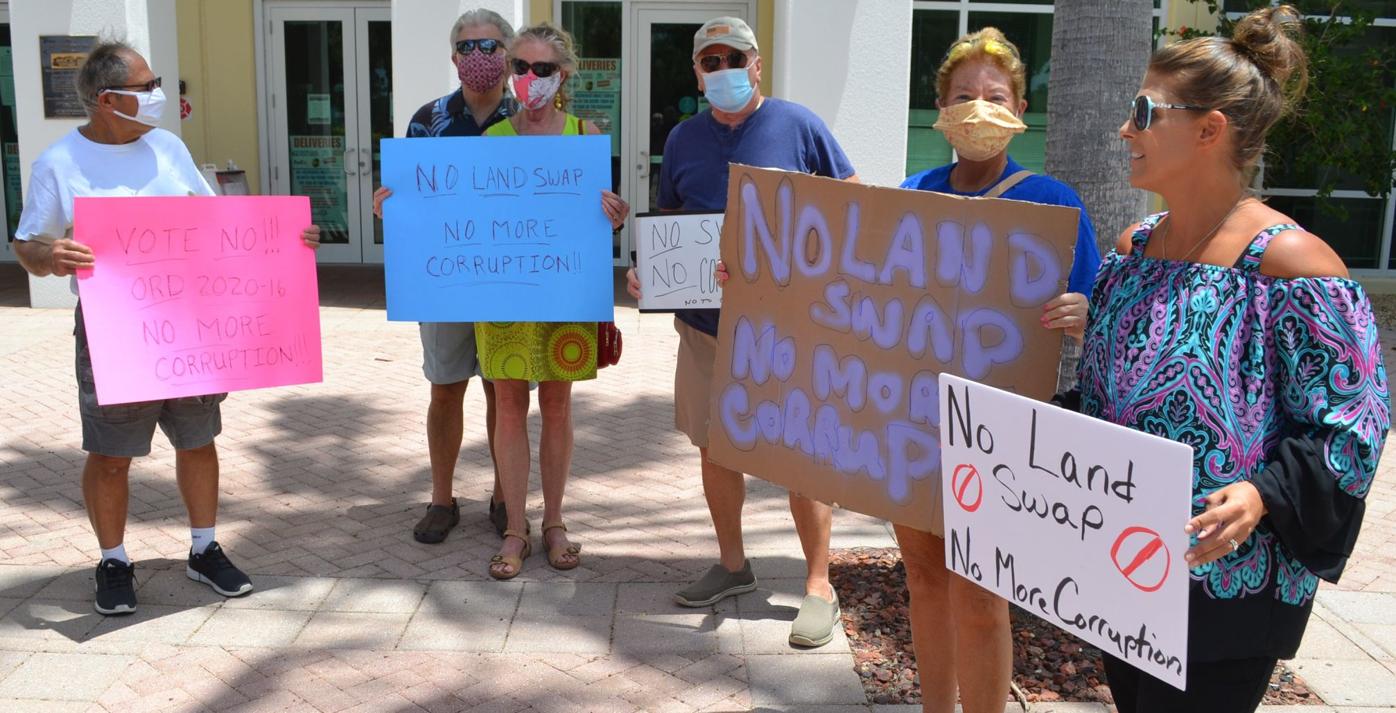 West Villager residents staged a recent protest over a land swap deal in their community. Members are vocal and assert majority support from others within the West Villages Improvement District. 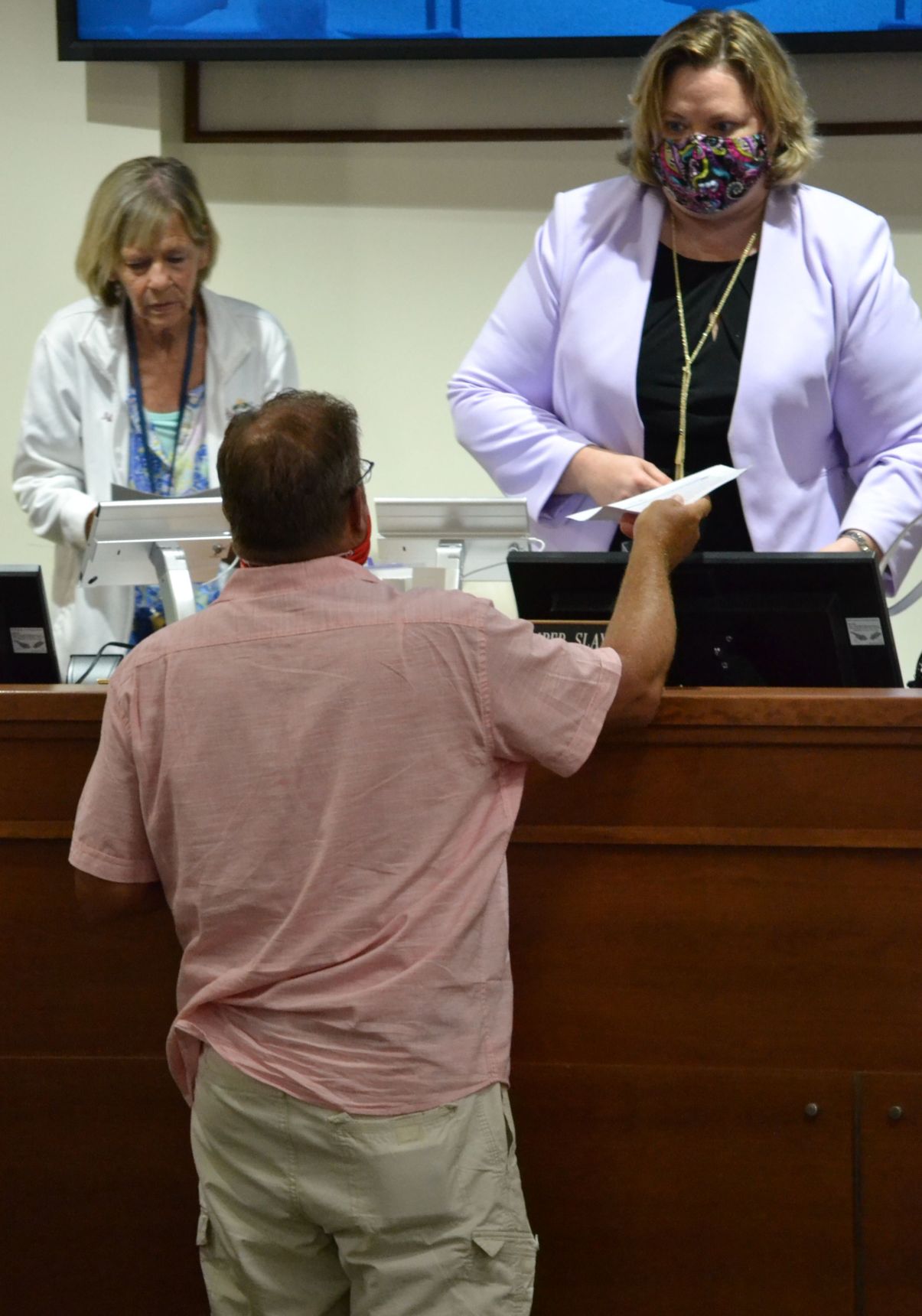 West Villager residents staged a recent protest over a land swap deal in their community. Members are vocal and assert majority support from others within the West Villages Improvement District.

NORTH PORT — Welcome to the new rules of conduct and social distancing at City Hall.

The example was Thursday’s return to normalcy at the city’s first public commission hearing since the COVID-19 lockdown in March.

Those visiting city commission chambers, for example, were seated amid police tape to enforce 6-foot, self-distancing intervals. And most were masked.

West Villagers for Responsible Government, a political committee pushing to remove West Villages from within North Port, was well-represented. Many of those had signs — “No more land swaps, no more corruption” — that opposed an item on the day’s agenda; all were instructed on rules of decorum — tap your fingers to approve of comments or votes, thumbs down to show your displeasure, Mayor Debbie McDowell told them.

And many exercised those choices, mostly to the amusement of those observing the first post-COVID-19 public hearing.

But then it settled into a old-fashioned public hearing: The chief issue was a package of ordinances that would green-light a proposed land swap between a West Villages developer, Manasota Beach Ranchlands, and Sarasota County Schools. Commissioners were voting on land use changes at West Villages, the gated communities in North Port that were renamed Wellen Park in April.

Within the ordinance package to amend Index Maps and Pattern Book plans for Villages F and G, was a 60-acre swap in the West Villages business district. It rests along Tamiami Trail near the Atlanta Braves complex. Those acres, sold in 2016 by the West Villages Improvement District, would get swapped for a 130-acre parcel on Manasota Beach Road, well south of West Villages. The deal is between Manasota Beach Ranchlands and Sarasota County Schools. The school district has yet finalized its purchase.

Most on Thursday cited transparency and confusing transactions in their opposition.

Others were upset with moving the school site.

“I bought my (West Villages) home near a school in close proximity to where I live,” said John Meisel, president of West Villagers For Responsible Government. “The least the city should have done was delay (ordinance amendments), see how (the land swap) works out with Sarasota schools.”

That drew a round of finger taps.

That drew a round of thumbs down.

While Carusone would approve the ordinances, she was not happy with the school campus moving to the edges of North Port, that students from outside the city would come, she insisted.

“The whole (land swap) shift,” she said, “is heartburn to me. What a sticky wicket this thing is.”

Ultimately, the trio deemed the ordinance package as beyond their authority.

“We are not party to past agreements,” McDowell said of deals between schools and developers. “There’s no reason to hold off on an index map (vote).”

• A spokesperson for West Villagers for Responsible Government urged Mayor Debbie McDowell to resign. The group in June had filed an ethics complaint with a state agency over the mayor listening in to a virtual strategy session without an invitation.

• Commissioners approved an additional homestead tax exemption for qualifying seniors 65 and over. Applicants must meet income guidelines and would apply annually before the March 1 filing deadline.

• A second reading to approve Ordinance 2020-25 granting property tax relief to new or expanding businesses. Restrictions would apply. Locals will decide a renewal of the 10-year proposal in November.