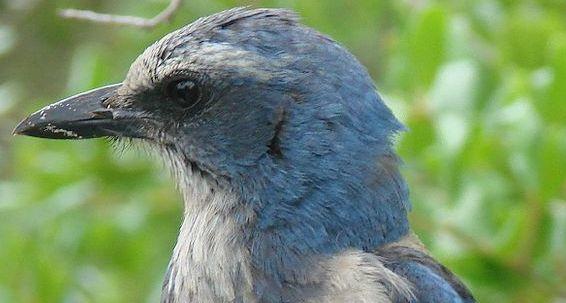 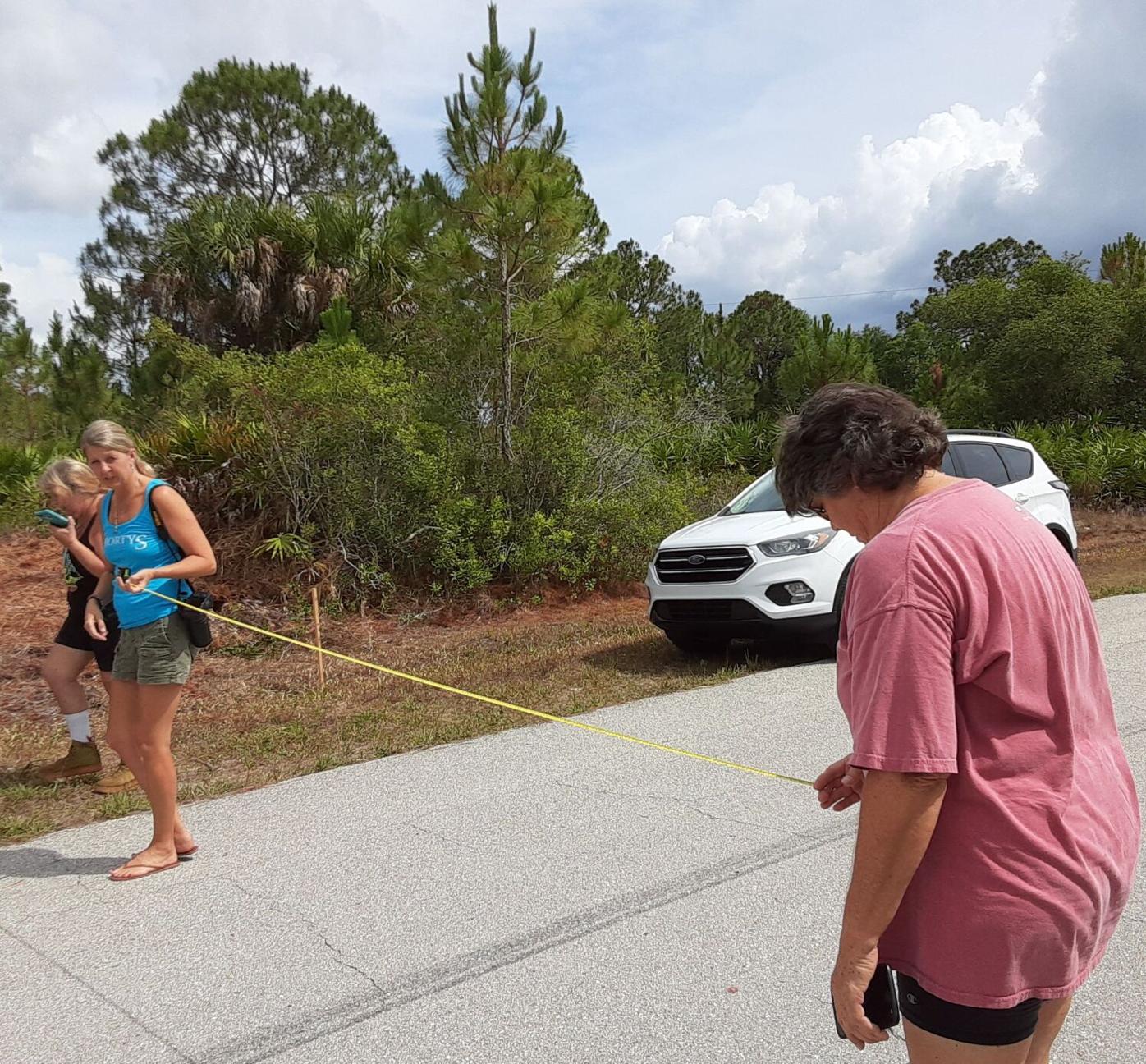 NORTH PORT — An angry Florida scrub jay on Monday was blue in the face.

The bird, its partner and a juvenile scrub jay looked to be glaring at visitors at a residential parcel at Armour Terrace and Callaghan Lane. The 80- by 125-foot site had been buzzed clean of its underbrush by private work crews.

Except for a few trees, the parcel was raw mulch. The spot reportedly was the birds’ hunting grounds, perhaps their home.

Neighbors and local activists insisted the parcel was at least scrub jay friendly, meaning a federally protected status until clearly vetted by state wildlife authorities. Scrub jays live on parcels of sand, scrub oaks and undergrowth dotting the ground to hunt and screen themselves from predators.

There was also a gopher tortoise burrow just outside the property’s boundaries, which by rules should have a clearance radius of 25 feet. But builders could voluntarily abide by that condition, a city official said. White tortoise eggs were at the burrow entrance, but there was no sign of the adults.

Environmentalists Monday insisted that some builders in North Port cut corners to speed the construction process, applying for underbrush cutting permits and skirting the more costly and time-consuming land-clearing application, for instance.

But that evidence was more than anecdotal, as a city-issued underbrush permit at Armour and Callaghan was posted at the property. It was dated April 15.

While many builders follow the rules, some don’t: the city’s code enforcement judge in May fined a Florida builder $4,000 for clearing North Port residential properties of trees, shrubs — possibly tortoise burrows and animal habitat — without every permit issued.

According to North Port code officers, D.R. Horton had stripped or partly cleared at least eight parcels. But site managers had not received a final permit, which included a sign-off by the city’s arborist. Horton is back for another round of fines later this month for similar violations.

Commissioner Alice White has scheduled time to explore the land-clearing process at Tuesday’s public hearing. That parcel at Armour and Callaghan was identified at scrub jay habitat, she insisted, meaning a moratorium on clearing such land between March 1 through June 30, she added, which is scrub jay mating season.

Whether the unidentified builder violated such rules would also be addressed Tuesday, White said.

“There will be discussion and possible actions,” she said.

Robin San Vincente lives on Armour Terrace near Callaghan. She and friends on Saturday measured clearing distances from the tortoise burrow, phoned the Florida Fish and Wildlife Commission office in Sarasota for an investigation. Their morning was akin to a five-alarm fire.

Cutting crews, she said, will work weekends, “in and out in an hour — just that fast. This is ridiculous.”